How to try on the role of a resident of new Siberian cities? 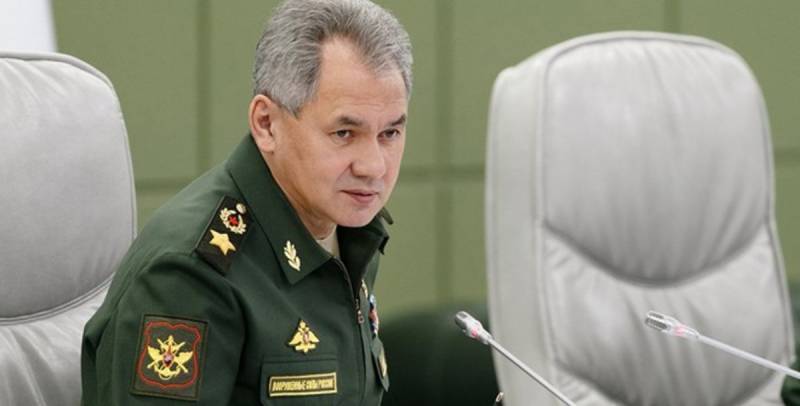 Photo: press service of the RF Ministry of Defense

So, the new leader and first in the list of "United Russia" and concurrently Defense Minister Sergei Kozhugetovich Shoigu recently announced a plan to build five cities in Siberia with a population of 300 thousand to 1 million in order to develop the region.

The idea is global, somewhat similar to the resettlement of people by Stolypin and the construction of cities in the USSR. Still, the Russian Empire is one historical milestone, the Soviet Union is the second and the Russian Federation is the third.

Having carefully read many of Shoigu's interviews on this topic, in principle, I understood what his plan was. More precisely, a plan on the basis of which a real plan will be developed. And on the basis of what I read and heard, I tried to imagine the role of a resident of such a new city. Let's say, between Bratsk and Krasnoyarsk, as Sergei Kozhugetovich said.

Between Bratsk and Krasnoyarsk 550 km, in the middle of Kansk and Taishet, the places, let's say, are not very attractive. Of these four cities, only Krasnoyarsk stands out for the fact that literally the last two years it has been demonstrating population growth. The rest - since 2012, the population has been steadily decreasing.

That is, there is simply nowhere to take people on the spot for new cities "with a population from 300 thousand to 1 million" (quote - approx.), Which means that it is necessary to attract from other regions.

As the practice of the Far East has shown, this business in our country is, to put it mildly, ungrateful. Well, no one really went for the Far Eastern hectare. And, by the way, not in vain, because as the locals explained to me (for example, Alexander Romanov, who is well-known on our website), you need to understand where these hectares are distributed. And how easy it is to conduct communications there. The same water for irrigation.

Let's say, somewhere in the Siberian bowels ... no, not a city. A city-forming plant around which a city can be built. Not 300 thousand, as Shoigu says, but 50 thousand. This is a more realistic figure and it is easier to collect it. It is clear that the plant must be simply huge. And to its employees it will be necessary to add the full social sphere: kindergartens, schools, colleges, clinics, hospitals, maternity hospitals, and so on. Shops, cafes, households, cinema. Otherwise, it will not be life in the city, but an ordinary watch. For which there is nothing to fence at all.

Having mentioned above the reforms of Peter Stolypin, as a result of which my relatives moved from the Oryol province to Kazakhstan to free lands, it so happened that I know how this happened. We have many long-livers in our family.

How did Russia resettle its citizens to new lands? Not all were sent, there was a selection commission. At the set time (in the fall, of course), wagons and platforms were brought in for loading log cabins, livestock and other belongings. And the money was given out for the purchase of everything necessary. 50 rubles for a travel loan and 200 rubles for arrangement.

They have not yet said how they will be resettled now. But if I decided, for example, to move under such a program to a new city and become its inhabitant, what should I think about first of all?

That's right, about housing. That is, about the place where I will not just live, but comfortable. Sorry, the 21st century is in the yard and the days of dugouts and barracks are over. And I don't want this romance, to be honest.

From a heap of read interviews, I understood one thing: Shoigu does not understand how to attract people to these cities. "Preferential mortgage" - sorry, does not sound. In principle, this can be expected from a minister, but alas, not a single minister in our country can really imagine what a mortgage is in general. For them it is as empty a phrase as "macaroshki are the same everywhere."

So, in Siberia, prices are somewhat different from what I am used to. Yes, plus a mortgage, albeit preferential. Inevitably, you begin to think about what level of salaries should be in these cities in order to master all this.

But preferential mortgages are not an option either. Buying housing there is generally stupid, investing your money in a project that may not "play" - it somehow even looks strange. And a mortgage in a city where you will never sell a purchased property is still fun.

And if it really doesn't work out? Staying with a mortgage and an apartment in Siberia without a chance to sell is a plot for a horror movie.

So I will give a hint to Sergei Kuzhugetovich: social recruitment at the lowest price, or give it out, as in the USSR. That is, free. Or for use with the option of redemption.

Otherwise, it all looks like a kind of Russian roulette.

The older generations will not go. It is not easy to move from familiar places. Average ... Well, if a skilled worker who receives 70 thousand in Voronezh will receive 200 in Siberia, they will probably go. But with an eye on their rear, because in the same Moscow you can have the same money under more comfortable conditions. Moscow is not Siberia.

Young people, moreover, will not go anywhere. The young people who once built BAM and others were somewhat different people. Today's can only be lured by something very profitable. But not a mortgage, a young family can take a mortgage in their city. Where there are relatives who can and help if something happens.

By the way, about young families. They sometimes tend to multiply. And then the urgent need for doctors and various institutions of a medical nature begins. And this is where the problems begin again.

Our medicine, which is such a pitiful sight, depends today on the payments of insurance companies. The more passed through the patient facility, the more money it will receive. In theory. Well, the doctors are getting something. So not a single normal doctor will go to some city to sit in an empty clinic or hospital. It is not beneficial for him / her. Especially when you consider the housing issue.

I don’t know how in Siberia, but in our Chernozem region it is very difficult to find a hospital or a polyclinic that is 100% staffed. There are not enough doctors. And this is in the capital of the region. That in smaller and simpler cities is probably not worth talking about?

The question will also arise with such a category as teachers. They also need to be taken from somewhere. And salaries for them too. And for communal workers, without whom nowhere. For law enforcement officers, judges, tax officials and officials. I am sure there will be no problems with the latter, but about the rest of the question.

Many people who COULD become useful residents for these cities will still look to work in these cities for a lot of money as a watch. Moreover, this is how the majority will look. Until everything settles down, no one will take children to Tmutarakan, for whom there really should be a normal infrastructure.
Five cities. From 300 thousand to a million. Take half a million, even in this case there will be two and a half million people. The Voronezh region in full force will have to withdraw from the place and move to Siberia.

In general, there is no reason for this. Let's take another excursion into history.

After the liberation of the serfs in 1861, the country's population grew very rapidly: in 50 years it increased 2,3 times - up to 170 million people. Today we have a steady decline in the population. The opposite is true.

The population surplus in the European part of Russia, according to the 1897 census, was 35 percent. The population of modern Russia is less than in the Russian Empire, and so far there are no prerequisites for it to increase so much.

The construction of cities in the case when our population is decreasing, will only aggravate the situation in cities, from which the population is already fleeing. It is clear that from Kansk, Taishet and Bratsk people go to Krasnoyarsk, which is relatively good in this regard.

Why do you need to build a new city, spend huge sums on it, if there is no one to settle it? You shouldn't count on migrants so much, they won't go to Siberia. This is not the place. Or really there is only one way out - to fill up with money and free housing.

But the question immediately arises: is it not better to build these enterprises for the processing of timber, ore and other things where people already live? Relying on the working hands that are already in the region, and not on the mythical ones, which will be taken by magic.

The idea of ​​processing plants in Siberia is good. Especially when you consider with what delight, for the sake of a certain group of people, the woodworking industry, which was built in the USSR, was destroyed.

The idea of ​​pouring money into the development of the region in order to increase the attractiveness of Siberia for potential employees is good. But why exactly in such a way as the construction of new cities, with the simultaneous destruction of old ones is a question.

In general, there are more questions than answers in this story so far. But it is worth taking a sober look at the present day. Today Russia does not have as many opportunities and such potential as the Russian Empire and the Soviet Union had. It is a fact.

Therefore, of course, we can pretend that we can handle such projects, but it would be better to direct our efforts to at least maintain in a working condition that which we inherited from the USSR 30 years ago. Even so. To start.

And start thinking a little differently.

“You can think of a system of lifting, preferential loans for newcomers, the provision of comfortable housing or land plots for building your own house on a“ Siberian ”mortgage. To increase the size of maternity capital and much more ”- S. Shoigu.

Loans, loans, credits. That is. I, as a potential resident of such a city, will have to pay for it. To pay for the fact that I will move to Siberia, to develop the region.

No, it doesn't look attractive. Here is the Moscow region or the Black Earth region - yes. And Siberia on credit - no.

Perhaps I am not fit for the role of a resident of such a city. For now, at least.

Ctrl Enter
Noticed oshЫbku Highlight text and press. Ctrl + Enter
We are
A great interview with Sergey Lavrov: about Ukraine, Obama and IranWhat you didn't want to know about England
Military Reviewin Yandex News
Military Reviewin Google News
207 comments
Information
Dear reader, to leave comments on the publication, you must sign in.