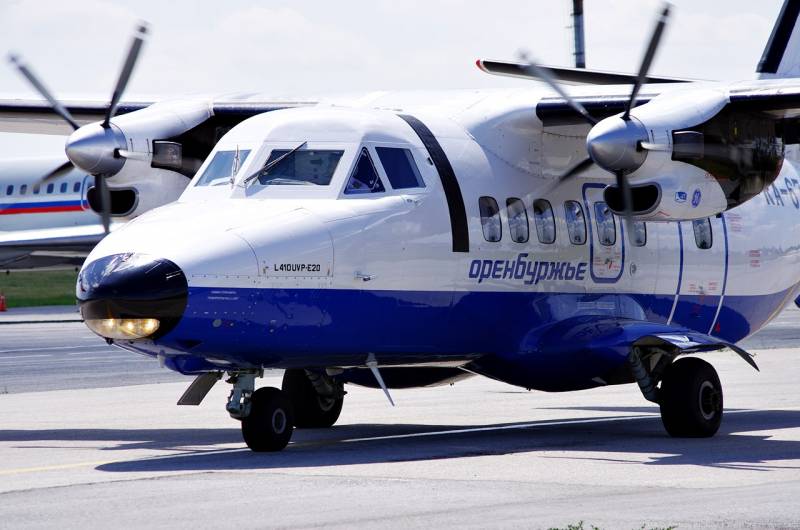 Money to the wind

Any options for justifying regional transportation from the point of view of return on investment will not lead to anything - flights over short distances within the country will always be unprofitable. And this история not only about Russia. The state subsidizes small and medium Aviation in all countries, including the USA and Canada.

However, if you look at the problem strategically, domestic air traffic saves budget billions. In the hard-to-reach regions of the Urals, the Far East and Eastern Siberia, it is much more profitable to organize regular flights than to pull roads and railways.

For example, let us take the experience of the United States - in Alaska there are about 100 aircraft per 1700 thousand people. Such saturation allows not to build unnecessary roads on the permafrost (often, routes cannot be laid at all) and to preserve wildlife.

In Russia, the blatant underdevelopment of domestic air communications is becoming simply threatening.

To illustrate the thesis, you can go to any online service for selling air tickets and try to find a flight, for example, from Barnaul to Krasnoyarsk. Let us remind you that the distance between these cities barely exceeds 650 km in a straight line. But this does not matter - air communication is possible here only through the Novosibirsk Tolmachevo airport. Such a road will be relatively inexpensive (within 5 thousand rubles), but it will take more than 22 hours. If you want to quickly pass this distance, you can try to get on a flight with a transfer at Moscow Sheremetyevo. It will cost about 15 thousand, but it will take a little more than 10 hours.

The passenger of half the country is forced to fly around in order to get to the neighboring region. Such a situation is developing with air connections between the regional and regional centers - it is impossible to get to less important cities without air-to-land transfers at all.

Could such a thing reduce the outflow of citizens from the east of Russia, which the state is fighting against?

The question is, of course, rhetorical. As you know, the Kremlin now plans to build in Siberia "three to five scientific and industrial centers with a population of 300 to 1 million each." The emergence of something like this from scratch is possible only with the creation of an appropriate air transport infrastructure for local communication.

Another problem is already associated with the development of the rapidly melting Arctic, for which a serious struggle is now unfolding between neighboring countries. Moscow has quite definite plans for the development of the resource base of the region and, of course, the settlement of the territories adjacent to the Arctic Ocean. In the tundra, year-round road traffic is, in principle, impossible, and here again there is no way without small and medium aviation.

Air traffic within the country was the first and only time to flourish during the Soviet era. Old-timers recall that the BAM builders could afford to fly to Moscow or the regional center to drink beer and relax for a couple of days. This speaks not only of the high prosperity of the workers of that time, but of the well-established system of airlines.

Naturally, local airlines were only available through government subsidies. In Soviet times, small aircraft, armed with An-2, reached the most inaccessible places in the country - near most villages there are still abandoned "air harbors" of local importance. Where the planes could not reach, rotorcraft flew. Everyone remembers the legendary "Mimino", which made the Soviet small aircraft famous.

In the 90s, an attempt was made to put the regional air communication program on self-sufficiency, with the most dire consequences.

Are we going to fly?

Certain progress in the revival of domestic small and regional airlines is still observed.

At the end of July, a single Far Eastern airline was launched, and its presentation was organized in Yuzhno-Sakhalinsk.

Prime Minister Mishustin noted during the launch of the project:

"It is extremely important to develop air traffic in the Far East so that its inhabitants can freely move within the macroregion, fly directly, without docking, and not through large transport hubs."
Probably, for the first time in modern Russian history, the term "socially significant air route" appeared.
There should be 535 such routes in the Far Eastern Federal District, which will include 100 interregional air routes and 435 local air bridges.

Avrora Airlines, participating in the project, promises to keep prices in the range of 2,2-10,9 thousand on such routes as Khabarovsk - Anadyr, Petropavlovsk-Kamchatsky - Yuzhno-Sakhalinsk, Vladivostok - Chita, . rubles. In total, the federal center will cost more than one and a half billion rubles in 2021 alone.

Payback, as mentioned above, is out of the question: the main thing is to create living conditions close to the standards of the European part of Russia. It is worth remembering that there are no transport arteries between some settlements of the region at all, people have not left their places of residence for decades.

In addition to Aurora, the main coordinator of air communications, Khabarovsk Airlines, Yakutia Airlines, Polar Airlines, ChukotAVIA and Kamchatka Aviation are involved in the project. The state began to solve the problem from the most difficult Far Eastern region, but the stagnation of local air transportation in Eastern and Western Siberia has not yet been resolved.

One of the reasons is the chronic shortage of aviation capable of operating at poorly equipped and sometimes unpaved airfields.

Plenipotentiary of the President of the Russian Federation in the Far Eastern Federal District, Deputy Prime Minister Yuri Trutnev at the opening of the unified Far Eastern airline said:

“It is planned to purchase 45 Russian-made aircraft for companies. All this is scheduled over the years. For the newly created airline, first of all, social orientation is important. Its task is to increase transport accessibility and transport more people, to provide an opportunity for air communication to hard-to-reach settlements. "
The winged aircraft are planned to be purchased at public expense until 2025.

Trutnev kept silent about how much air transport is currently in service with the Far Eastern airlines. On average, there are 100 small aircraft per 3,1 thousand of the population in the country. And these are in the overwhelming number rapidly obsolete machines.

By the way, in terms of the specific amount of civil aircraft, we are only 25 times lagging behind Alaska. Therefore, the scale of purchases of civil aviation equipment is determined to be absolutely insufficient. However, there is nothing special to buy. If we exclude foreign "sanctioned" aircraft, then all hope is for the Ural Civil Aviation Plant, which is engaged in licensed assembly of Czech aircraft.

This is really close cooperation with a country unfriendly to Russia. Now the plant is launching the production of the L-410 model, which is far from the freshest, but very suitable for Russian realities. At the Sverdlovsk enterprise, the features of the machine are noted:

“Exceptionally short take-off and landing (take-off - 427 m, landing - 285 m). The specially designed landing gear of the aircraft facilitates landing on almost any terrain, and a few meters of a strip with a minimum strength of 6 kg / cm² are enough for landing.
In other words, the L-410 will land and take off from short grassy airstrips. "

There are plans to assemble a larger aircraft under the name TVRS, which is a Czech Let L-610. The 44-seat aircraft will rise one step higher than the L-410, replace the An-26, An-24, Yak-40 and close the gap in domestic regional transportation.

In 2020, an even larger Il-114-300 for 64-68 passengers took off, capable of covering up to 1900 km. This is already an interregional airliner, the assembly of which is planned to begin at the Lukhovitsk aircraft plant named after. P. A. Voronin RSK "MiG".

And, finally, the main hope of the domestic small aircraft is the LMS-901 "Baikal". The aircraft is capable of taking on board nine passengers and, according to all characteristics, should become a modern replacement for the old An-2. However, the long-awaited plane has not even taken off into the air yet. 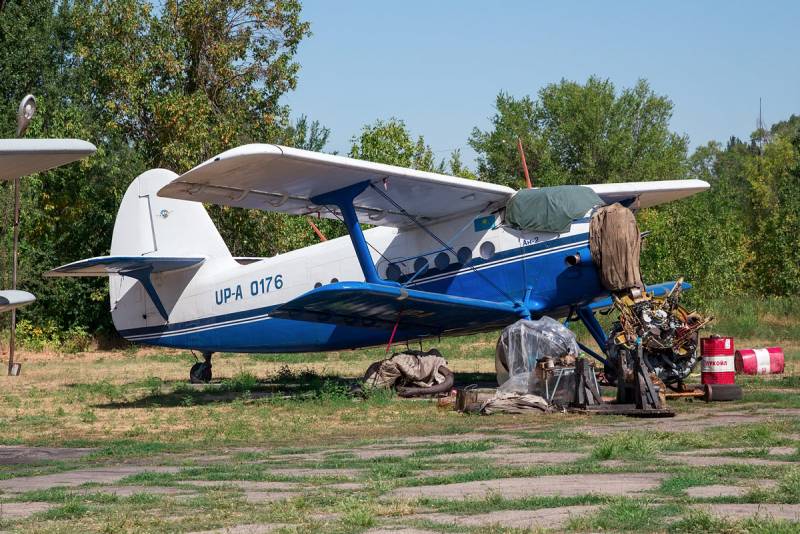 Source: flightpix.org
It is customary to end on a good note, but this is not the case.

In the net remnant, we see a certain interest of the state in the development of small aircraft. Even a lot of money is allocated. But, in the language of a bureaucrat, the material and technical base is not ready. All aircraft suitable for operation are either produced in a small series (civil L-410s for the whole of Russia no more than 30 pieces), or are only being designed at all.

And it will not be possible to bring the equipment to airworthiness quickly - everyone knows how long it takes to reach the conveyor in modern Russia. So it turns out that the entire growth of the upcoming transportation will fall on the wings of the technology, which is frankly outdated and practically exhausted. It is unnecessary to talk about what this can lead to.

Ctrl Enter
Noticed oshЫbku Highlight text and press. Ctrl + Enter
We are
Combat aircraft. Messerschmitts Me-210 and Me-410. Beyond UnderstandingAn-12 in Afghanistan
Military Reviewin Yandex News
Military Reviewin Google News
201 comment
Information
Dear reader, to leave comments on the publication, you must sign in.