Is Vietnam the New “Unsinkable US Carrier” in the Region? 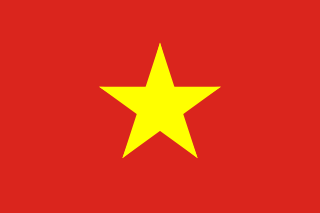 At present, the geopolitical situation is characterized by the fact that the United States is losing the status of the sole superpower and has been replaced by many real and potential regional power centers. Several centers of power, such as Russia, China, India, Japan and Germany, have the prerequisites for leading a successful global game. Other centers of power prefer to concentrate their efforts purely within their region. At the same time, they can use the opportunities offered by cooperation with the powers of global importance and regional level to expand their influence and strengthen their positions.

One of such regional powers that are in the process of becoming is Vietnam. In many ways, the growth of the power of the Socialist Republic of Vietnam (Vietnam) is associated with the global interests of Washington. The US is concerned about the situation in the Asia-Pacific region and is extremely interested in the emergence of new tools to contain a regional player with global ambitions - Celestial. It is necessary to note the interest of India to Vietnam, Delhi is also looking for allies to counter the growing expansion of China.

Vietnam in 1 th. er for long periods was ruled by China. The Chinese administration, with varying degrees of intensity and success, introduced Chinese culture in Vietnamese territory, including the state. Therefore, in the Vietnamese political culture firmly entered two key concepts - Celestial and Son of Heaven. Vietnam even tried to create his own empire, the Celestial Empire, having conquered the neighboring state of Champu (South Vietnam). The influence of the culture of Chinese civilization on Vietnam has survived to some extent to the present day. So, in recent decades, the Vietnamese, in fact, repeated the experience of Chinese market reforms.

Among the factors that contribute to the development of the Vietnamese potential are the following:

- Favorable geopolitical and geographical position of the country. The country is very advantageously located, it has the opportunity to interact with the United States, India, China, Russia, and neighboring countries. The extensive seacoast, which is located near important communications, contributes to the economic development of Vietnam. In the coastal Vietnamese areas, by analogy with the experience of the PRC, it is possible to build a significant number of modern enterprises producing products for export, which contributes to a reduction in production and logistics costs. It is necessary to take into account the presence of large, relatively cheap labor resources.

- A significant number of Vietnamese communities that are engaged in an active economic life in neighboring countries, in particular, in Laos, Thailand and Cambodia. Large communities in the United States (more than 1 million), France, Canada and Australia.

- Stable political system in the country, which is able not only to work for the good of Vietnam, but also to perform the function of a “core” and a leader in regional relations. Vietnam can effectively represent the interests of the states of Indochina in the international arena. The stability of the Vietnamese political system, especially against the background of instability in a number of neighboring countries, contributes to the growth of the attractiveness of the Socialist Republic, the Vietnamese development model. The stability of Vietnam is of great importance for the United States. Washington has long relied on friendly Thailand, which also traditionally tried to act as a center of power for Laos and Cambodia. However, the Kingdom of Thailand, despite its active investment in Indochina, has lost its role as a potential leader in the region, due to the constant coups and political instability. In addition, Hanoi is ready to take formal steps towards the "development of democracy" in the country, which allows Washington to support the "developing in the right direction" country. The stability of Vietnam is also important for Western investors, businessmen, it is more important for them to have a loyal tough system, and not politically squabbling.

- The rapid growth of the economy and population of Vietnam increase the weight of the country in the international arena.

- The interest of external players in Vietnam, their political and economic support, mutually beneficial cooperation. Among them are the USA, India, Japan, South Korea, Taiwan, Singapore, a key regional organization - ASEAN. Yes, and China prefers to establish profitable economic contacts with Vietnam, and not to clash.

- The constant growth of the power of the armed forces of Vietnam. The stable development of the economy allows Hanoi to buy modern weapons, and create a small but modern and fairly strong regional fleet that protects the interests of Vietnam in the South China Sea. Russia plays an important role in the Vietnam armament process. Several significant contracts for the supply of aircraft, surface ships, submarines, and rocket complexes have been executed and are in the process of implementation.

The United States has vast experience in using the strength and resources of other countries to solve its problems. In particular, the project of the Third Reich was conceived not in Germany itself, but in the USA (partially in England). The Second World War allowed a terrible blow to Germany (a possible leader of the Western project), to establish full control in Western Europe, put the UK in a subordinate position, defeat Japan and make it a vassal, to bleed the Red Project. And most of the work was done by someone else. At present, the masters of the West are leading the world towards a new full-scale war, where North America and Australia should remain the “islands of security”. The role of the Third Reich should be played by China and the Islamic world (the “Great Caliphate”). Currently, there is a kind of “new 1930s” in the yard, Islamic countries are pumping weaponsradical sentiments are being fomented on, Islamists are being handed over one country after another.

Modern China is in many ways similar to the German Empire. Its industrial power was created thanks to Western corporations. Strategic maritime communications are vulnerable. China is dependent on energy supplies. The country is surrounded by quite strong historical rivals (including Vietnam). At present, the creation of two coalitions in the Asia-Pacific region can be distinguished quite clearly. The first is the Celestial Empire and its allies. The second is the United States and its “first line of defense” (Japan, South Korea, Taiwan, the Philippines). Vietnam is also actively included in this group. Washington is not interested in a direct clash with China, it is more advantageous to link it with a series of cross-border conflicts with neighbors (including Russia).

Vietnam is China’s traditional rival in the region, and in its history it has suffered not only defeats, but also won victories over a more powerful neighbor. Hanoi is currently opposed to the spread of Chinese influence in Indochina, since its very existence depends on it. The Vietnamese elite does not want the transformation of Vietnam in the province of China.

It is very important for turning Vietnam into the leading regional power of the American factor. Vietnam is interesting to Washington, as a country that can not claim to be important at the global level. In addition, the Vietnamese model of the economy has a lot of similarities with the Chinese one, its reforming proceeded along similar lines, this allows us to avoid mistakes. Hanoi can get access to production and management technologies that the US is not going to share with China. In 2009, the United States became the main investors in the Vietnamese economy. From 2000 to 2008, 2010, the United States did not become the leaders in investing in the NRW economy. The first places were occupied by Japan, Malaysia, South Korea, Taiwan, Holland. However, almost all of these countries follow Washington’s policies and strengthen their investment in Vietnam and undermine China’s position in Indochina. Vietnam, using cooperation with the United States and developed countries of Europe and Asia, increases the country's competitiveness in the global market, has already significantly increased labor productivity and the overall quality of labor resources in the country. Much work is being done to expand cooperation in the field of education. In addition, Vietnam and the United States establish regular ties in the military sphere. Hanoi asked the US to lift restrictions on the export of American weapons to Vietnam.

In the future, the Socialist Republic of Vietnam may become another American "unsinkable aircraft carrier" in the region, like Japan. Currently, multilateral cooperation with Vietnam is a key US priority in the region. Vietnam has every chance to become an important figure in the Big Game.