The Rus of the North and the Lies of Norman Theory 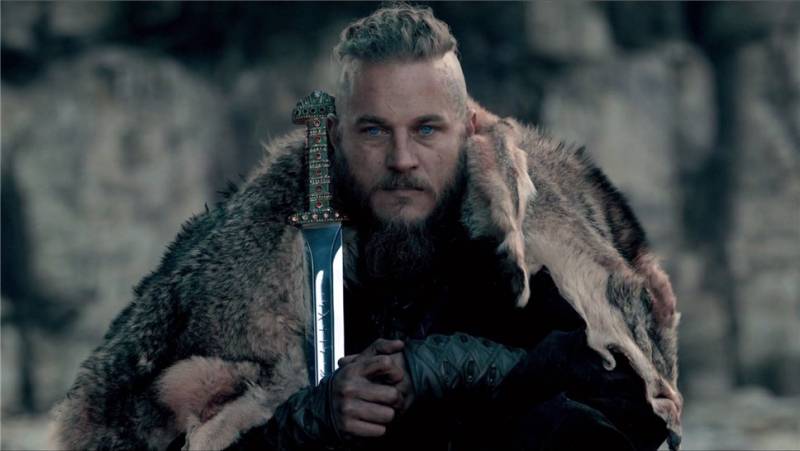 In the West, they are sure that Russia was founded by the Swedes, that they built Novgorod, Polotsk, Kiev and other cities on the lands of "savages who prayed to stumps." That Russia was a colony of Vikings, Germans and Scandinavians, that the Swedish dynasty ruled the Russian lands until the Time of Troubles.

Not interested in promoting the "classic" version stories (in the interests of the German-Roman, Anglo-Saxon world), researchers argue that no one knew about this three centuries ago. Eastern and Western historiographers derived the Russian clan from the biblical ancestor Japheth and from the grandson of Noah Scythian, from Rus, from the ancient princes of Scythia, Slaven and Venda (Vandal). That is, the Russians-Russians were at least one of the most ancient peoples of the planet.

But at the call of Tsar Peter Alekseevich, who, due to the turbulent events of his childhood, did not receive a full-fledged Russian upbringing and became an admirer of everything Western, German academicians came to "Young Russia". Through their efforts, although they did not even learn Russian to study the chronicles, the "true history of the Russian land" was written.

Bayer, Miller and Schlözer laid the foundation for the "classical academic" school of history in Russia. Nikolai Mikhailovich Karamzin and Sergei Mikhailovich Solovyov, and their numerous followers, created their multivolume works in line with it. They picked up the idea that the Russians are a "non-historical" people, that the Russian state, religion, culture and writing were created by foreigners.

In conditions when in Russia the Romanovs in the XVIII - early XX centuries. German, French and English languages ​​prevailed among the Russian elite, as well as European culture, this school immediately won dominant positions.

The studies of Mikhail Lomonosov, Vasily Tatishchev, Yegor Klassen, Tadeusz Volansky, Yuri Venelin, Alexander Veltman and other authors who noted the ancient roots of the Slavs and Russes and laid the foundations of the Russian (Slavic) historical school, were hushed up, were subjected to a powerful information attack.

In general, nothing has changed at the present time.

Authors who find thousands of Russian traces (in archeology, anthropology, linguistics, toponymy, etc.), that is, where, according to the official version, they never existed (for example, in Northern and Western Europe, in the Middle East), they are immediately subjected to slander and oblivion, they are accused of amateurism, “ignorance of the foundations” of history, a pseudoscientific approach, and so on.

One of the striking examples is Mikhail Zadornov, who began to raise questions about the origin of the Slavs-Rus, the antiquity of the Russian language, which existed long before the appearance of English, German or French. Due to his great popularity, Zadornov did a great job, awakening historical, genetic memory in Russians. It is not surprising that he met with powerful information resistance, since the issue of Russian history and language is a matter of the big game on planet Earth and geopolitics. The enemies of the Russian world and the people need to hide the truth, otherwise the Russians, realizing their true place in world history, will become practically invincible and challenge the current global (Western) project of human enslavement.

Westerners need to show the "savagery and unreasonableness" of the Russian-Slavs. Ensure the conceptual, ideological right of Western masters to exercise "cultural and humanitarian" hegemony over Russia. And in the long term - to completely solve the "Russian question".

Normanists argue simply: Peter I invited the Germans and other Westernizers to pull Russia out of the darkness of ignorance, to enlighten the “Russian savages”, to introduce Russians to European civilization. So - it was so in the days of Rurik and Prophetic Oleg, when the Slavic aborigines invited "enlightened" Swedes or Germans to their place? In general, the Russians are the Indians of America, and the Germans are the enlighteners and civilizers.

The information sabotage went off with a bang.

All of Europe (and after it the world) accepted the fact that the Swedish (German) Vikings came to the "wild" Russian lands and created the Russian state. And now, in the popular and very beautiful Canadian-Irish TV series "Vikings" they say that Rurik, Oleg the Prophet, Askold and Igor are representatives of the Scandinavian dynasty who rule the Russians. At the same time, myths about the identity of the Rus and the Turks-Mongols are being introduced (this is how Russians look in the series). About the fact that under Oleg Christianity already dominated, and the Russians are going to "eradicate paganism" in the North of Europe, although the Russians themselves glorified Perun and Veles at that time.

The legend was beautiful and understandable to Europe.

After all, the Vikings came to England and founded kingdoms among the Britons, Scots and Saxons. And even earlier, the Angles and Saxons came and conquered the "unreasonable" Celts. The Varangian-Viking Rollo came to Frankia-France with a retinue and founded the Duchy of Normandy, became the founder of the Norman dynasty. Varangian Roger (Russiero-Rus) came to Sicily and became the founder of the Sicilian principality.

How can one be surprised that Norman civilizers came to Russia as well? That the first rulers of the Russian principalities were the Norman kings? Although it is known that "Norman" is not an ethnonym, but a geographical term - "northern man".

And they actually came. The Varangians were summoned, and they came. But not as strangers, "the Swedes of the Germanic tribe", but as their own, relatives. Otherwise, Russian history was completely different. Chronicles would have been written by Western chroniclers, the "Swedes" would have left the names of cities, the names of princely and boyar families, the remnants of their language would have been preserved, etc. Moreover, the fact is that there were simply no "Germans" and "Swedes" at that time, as well as German and Swedish!

Who came to Russia?

“Rus, Slovenia and Chud resolved ... and sent across the sea to the Varyag, to Russia; sice bo zvakhou Varyags with Russia, like and sei drouzei are called Sven, Ourmane, Anglyane, inii Gothe ... "
That is, for the establishment of the order (land protection), Russia, the Novgorod Slavs and the white-eyed Chud turned purposefully not to the “Vikings”, not to the “Normans” or “Germans”, but to Russia. Everything is clear and clear.

The Rus called on their direct relatives - the Rus.

Therefore, the Rus-Varangians behaved in the lands of Rus in a completely different way than in the lands of Christianized England and France. There they walked with fire and sword, leaving behind a scorched desert. In Russia, the Varangians behaved like zealous owners, stopped civil strife, united lands and tribes, built and created. The order was brought in harshly, but a great power was created.

The annals also report that

"The language is the same for Rus and Slovenes ..."
It would seem that everything is obvious, simple and natural!

Rus from Northern Europe came to the Rus of Ladoga and Novgorod. One language, one genus, one tradition. Rurik himself is Rarog-Falcon.

However, such simplicity and clarity, obviously, did not suit everyone and does. Someone needs muddy water, "white spots" and "dark ages" to fish.

And then another game begins - political, ideological, informational.

Deliriums and fantasies begin, supported by many-wise thick volumes of encyclopedias and scientific research. And then Hollywood, Netflix, which will fix any nonsense as a genuine and unshakable truth.

The name Rurik is not recognized as a Slavic name, but is translated as supposedly Khlodrik, Khrekh, etc. His brother Sineus (Russian name - Blue, Gray, Gray mustache) is translated as supposedly "with his kind." Truvor is no longer Truvor (a typical Slavic Russian name - from a number of Yavor, Ivor, Trigor, Suvor, etc.), but in translation supposedly - with "his faithful squad." “Rus” is no longer Rus at all, but supposedly the Finnish word “rootsi”, and the ancestors of the Finns (chud) allegedly called the Swedish rowers “rootsi”.

An ordinary lie, so familiar to the West and Westerners. In the VIII-XIII centuries. there were no Swedes, Norwegians or Germans. There was no Swedish, Norwegian or German! They were created much later, several centuries later, already in the XNUMXth – XNUMXth centuries. These are young ethnic groups and languages.

But Rus-Russians and the Russian language were. And translators of Russia and the Slavs are not needed. Today's Russians fully understand the language of the Russes of the XNUMXth – XNUMXth centuries. One source-root, one big superethnos, one language.

Therefore, not a single "German-Swedish" word from "Swedish Varangians" remained in Russia. On the contrary, in Northern Europe Swedes, Norwegians, Danes and Icelanders inherited the roots and inflections (endings, suffixes) of the Russian language.

Who lived in Europe?

The crux of the matter is not who founded the Russian state, although it is on this that the attention of the inhabitants is concentrated. And in that - who lived in Europe at that time? In Central, Northern and Southern Europe?

And this question is no longer just a historical one, but a question of big politics and ideology. In Europe, they cannot recognize the fact that the Russians-Russians are the most ancient people of Europe. That today's Greeks have nothing to do with the ancient Greeks, and the Italians have nothing to do with the Italic Romans. That the Germans, Swedes, British and French have less ancient history than the Russians.

It is precisely this very essence of the truth that the Normanists and Westerners are trying to cover up with all their might, declaring that the Russians-Russians came out of the forests supposedly not earlier than the XNUMXth-XNUMXth centuries, lived mainly by gathering, constantly ran and hid from the conquerors of the steppe. But, most likely, the Russians were supposedly formed later, already in the XIV-XV centuries around the Moscow principality.

By the way, in the last two decades, a new-old theory (invented by the Polish masters) has been gaining strength that the Russian-Muscovites have nothing to do with the Rus of ancient Kiev and Galich, that they are supposedly the descendants of wild Finns and Mongols. And the real descendants of the Russes of the times of Oleg and Igor Stary are Ukrainians.

The truth is that during the period when Russia was ruled by Rurik, Oleg and Igor, there was no German-Scandinavian world in Northern and Central Europe.

Those who are now called "Normans, Vikings and Varangians" in real, true history were Rus, Baltic Slavic-Rus, veins-Wends-Vandals.

Western Rus spoke the same language as the eastern Rus of Novgorod and Kiev, had the same faith and culture. And only after several centuries of onslaught to the east and north, the wars of the South against the North and East, the Rus in Northern and Central Europe were partially destroyed, partially assimilated by the newcomers "Romano-Germans". Only the eastern core of the super-ethnos of the Rus resisted and created a great power-empire Russia-Rus.

Thus, the Germanization of Northern and Eastern Europe began rather late.

At the time of Rurik and Oleg, present-day Scandinavia and Germany were the lands of the Western, Baltic Slavic-Rus.

The current "history of Europe" is a continuous myth created in the name of the geopolitical interests of Catholic Rome, and then of the small-town nationalist ambitions of Germany, Austria, France, and so on.

Today this myth persists for the sake of the interests of the collective West.

And the real history of the Ancient World and Europe was completely different.

There were no "Germanic Scandinavians" at that time. All young ethnic groups - Germans, Swedes, Norwegians, etc. - were created several centuries later.

The Baltic region was completely Russian.

Therefore, the Baltic Sea was called the Varangian or Venedian (Wends - Western Rus), as well as the Black Sea, which was then called the Russian (at the same time).