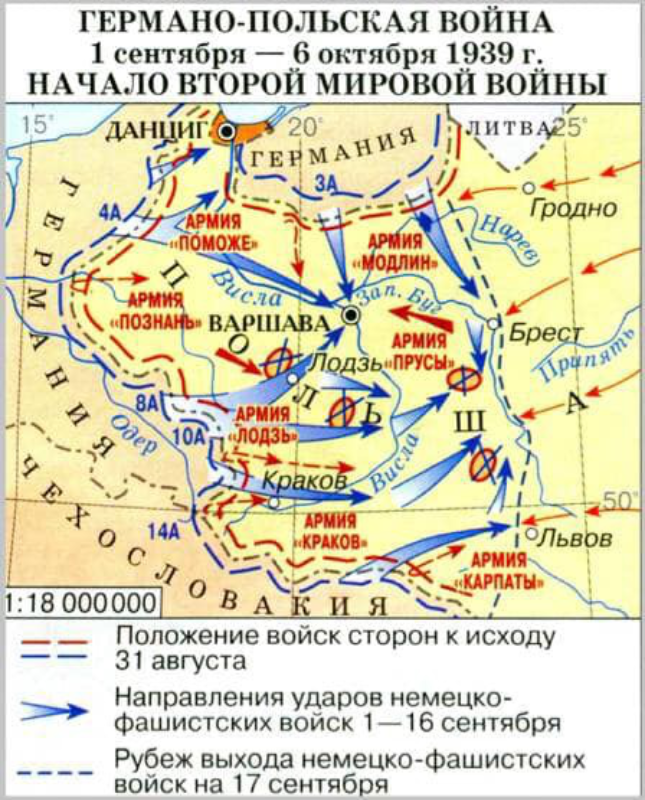 
The ancestors understood this even then: in 1940 in Moscow a good book will already be published, from which you can take an excellent quote:

The general mobilization was announced only on August 30, that is, on the eve of the German invasion. It was not destined to come true; under the blows of the war that had already begun, it only brought in terrible chaos. Railroads and dirt tracks began to be blocked by the called up reservists, moving towards the troops that had already begun to withdraw. This whole sad picture showed that if the onset of a state of war finds a modern army in an unmobilized form, then it is impossible to count on the possibility of mobilizing it, concentrating it and entering the war in an orderly manner.
And again, this happened over the next two years, over and over again in different countries, until it came up against Moscow and Stalingrad. As for the Polish Army specifically, the Poles had a fairly good army quantitatively and qualitatively, but did not have a normal general staff and war plans, but they had huge reserves of optimism and hatred.

During the pre-war years, Polish military planning was based on the Wshud plan, a plan for a war with the USSR, which Poland considered its main enemy. Most of the funds for fortification and preparation of the theater of operations were spent exactly there, near the Soviet borders, it was on the opposition of the Red Army that the Polish Army was sharpened. And in case of war with Germany, there were mobilization plans "S" and "W", which were not worked out in detail and were not provided with resources.

The situation began to change only after the fall of Czechoslovakia and the realization of the simple fact that Poland was surrounded on land from three sides, and in the East - by the USSR, from which, under the guise of the Civil War, large territories were taken away and the RKKA prisoners of war were genocide, and allied Romania is not entirely allied, and Bucharest will not intervene in the fight for the interests of the Commonwealth. Communication with allies by sea is impossible due to the lack of a full fleet... The result of this situation was the Zahud plan, with which Poland entered the war.

The Poles, with successful mobilization, could deploy 1 million soldiers on the battlefield, consisting of 39 infantry divisions, 11 cavalry and 2 motorized brigades, 3 mountain brigades and other units. Peacetime army - 260 thousand people. It was also not bad with the equipment - so, there were 3393 artillery pieces, anti-aircraft guns - 470, anti-aircraft guns - 1124. Tanks Poland had 610 of different types, 824 aircraft. The Poles did not manage to carry out a full mobilization, but they deployed seven armies in the West (Modlin, Pomorze, Poznan, Lodz, Krakow, Carpathians, Prussians) and two task forces (Narew and Wyszków). In general:

thanks to hidden mobilization, by the morning of September 1, the mobilization plan was fulfilled by 60%, but the deployment of the Polish troops was not completed - only 46,8% of the troops were in the destination areas, but they did not have time to fully take their positions.
Germany divided its forces into two groups of armies - North and South, which included 57 divisions of 1,5 million troops, 13500 guns and mortars, 2533 tanks and 2231 aircraft.

In planning, the Poles made a number of mistakes, which include:

1. An even distribution of troops along the border.

3. Underestimating the effectiveness of interaction aviation and Wehrmacht tanks.

4. Reassessment of the qualities of their troops.

5. Almost complete absence of reserves, which reduced the war, in fact, to a border battle.

6. Lack of serious mobilization for the creation of new formations.

These mistakes are far from being explained by stupidity, but by an overestimation of the factor of the Western allies and an underestimation of the changes that have taken place in tactics and strategy over twenty years. Too many generals (and not only in Poland) saw the war as a kind of continuation of the war of the past, when epic battles flared up for the ferryman's house, and advancing 5 km was considered a great success. Well, France, the strongest land army in Europe, with which the Polish Army was a tracing, after the completion of mobilization is 3,2 million people, 2850 tanks and 2400 aircraft. In theory, this is more than enough for a broad offensive and the diversion of a significant part of the forces from the Polish front.

But France and England did not intervene and carried out only a limited operation with the forces of nine divisions, after which they went into a deep defense, having a three-fold superiority in manpower only. In tanks, say, it was absolute. Actually, the Germans themselves understood this perfectly:

“We never, neither in 1938 nor in 1939, were actually able to withstand the concentrated blow of all these countries. And if we did not suffer defeat back in 1939, it was only because about 110 French and British divisions that stood in the West during our war with Poland against 23 German divisions remained completely inactive. "
They understood, but they started the war, because, in addition to military factors, there were political factors (the allies were in no hurry to start the war until the mobilization was complete and the situation with the effectiveness of the Polish Army and the position of the USSR was clarified) and psychological (in France they remembered very well the losses in the First World War. and did not rush to repeat).

This was exactly what the Polish leadership did not take into account, and in a single-handed battle, such a configuration of troops, which took shape on September 1, quickly led to disaster. Actually, the catastrophe happened - in fact, Poland was defeated within 10 days. By September 5, the front had been broken through, the Polish corridor was occupied, and the withdrawal beyond the Vistula began. On September 7, the commander-in-chief left the doomed Warsaw; on September 9, negotiations began with France on granting asylum to the Polish government. By September 15, the Polish army was completely surrounded, resistance was offered only by individual units, deprived of a centralized leadership. 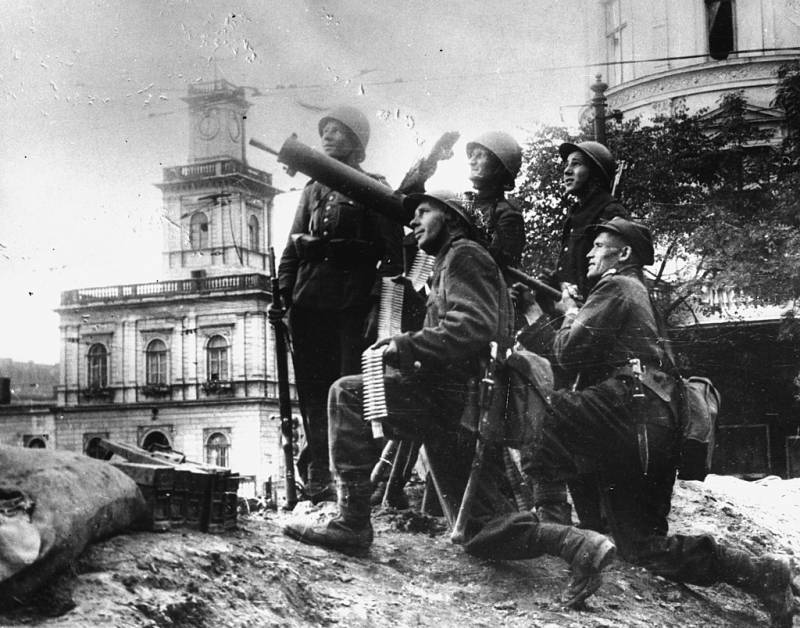 The defense of Warsaw, except for additional proof that there were brave soldiers and intelligent officers in Poland, did not change anything and did not decide anything. The Poles showed an extraordinary heroism, but there was already a little less sense in it than zero, by September 28, all this was nothing more than an act of patriotism.

Lessons from the beginning of World War II

The beginning of World War II turned out to be impressive and instructive, and there are serious lessons to be learned from it:

1. It is stupid to rely on allies with whom you do not have an ulnar connection (that is, common interests).

2. Allies, significantly superior to you in total power, will not always fulfill the agreements, in this case the rule of a donkey and a rider, voiced by Bismarck, works.

3. When choosing a potential adversary, one must be extremely objective and not get carried away by the grievances of past centuries.

4. The most dangerous enemy is an overestimation of one's strength and influence in the world. In the case of Poland, this is especially relevant, because it was precisely the demonstrative rejection of Soviet security proposals, negotiations with Germany on a military alliance, participation in the partition of Czechoslovakia and reliance exclusively on England and France, after realizing the inevitability of war, that led to exactly this result.

The attempts of a completely average European state to play as a superpower in the face of Nazi Germany could not have had any other result. And if the Poles said:

“If we are occupied by the Germans, we will lose our freedom. If the Russians - the soul. "
Through the lips of their prime minister.

Then came from Germany:

“This is not Danzig,” Hitler said. “For us, this is about the living space in the east and the provision of food supplies, about the solution of the Baltic problem.”
And the Polish allies believed:

"The fate of Poland will be determined by the overall results of the war, and the latter, in turn, will depend on the ability of the Western powers to defeat Germany in the end, and not on whether they can ease German pressure on Poland at the outset."
And the only surprise is that Poland has the same allies again.