Nepal is a small ally in a big war 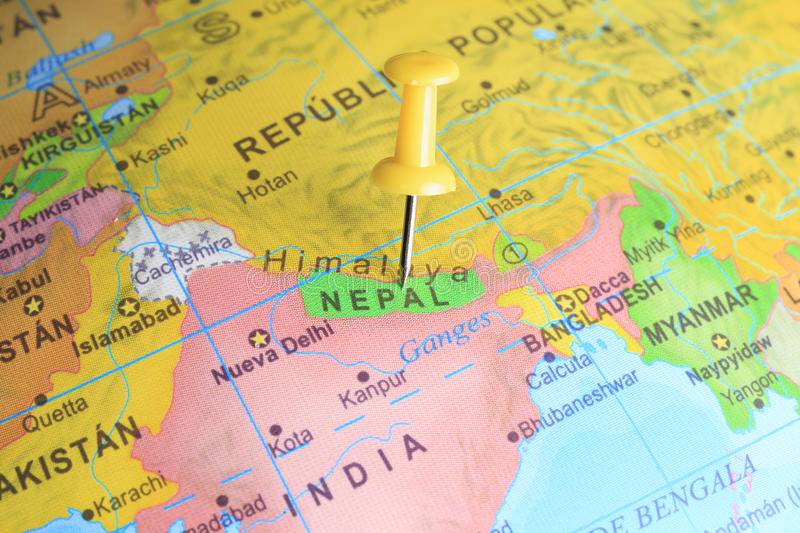 On September 2, 1945, the Second World War ended. But to this day, "blank spots" remain in its historiography. One of them, not the most noticeable, is the Kingdom of Nepal.

About him, and the participation of its citizens in World War II, for a start, only one characteristic fact: the Fifth Nepalese Rifle Regiment in 1945-1946. was part of the Allied occupation forces in Hiroshima Prefecture! Located practically in the center of Japan.

Every single World War II map published in the USSR and reprinted in the Russian Federation traditionally designates Nepal as a neutral country. Although Nepal declared war on Germany in September 1939, and Japan in December 1941 ...

Meanwhile, Nepal made its contribution to the defeat of fascism and Japanese militarism. And it's not just about the humanitarian food aid provided by Nepal to China, as well as the USSR during the Great Patriotic War. Nepal as best he could, but fought.

Although one should not forget that the supplies of Nepalese wool, cotton, textiles, and hides to the USSR were also half humanitarian, and the other half was included in the aid of the British Commonwealth of the USSR under Lend-Lease.

At the same time, Nepalese troops were involved in the war, in connection with a mutual assistance treaty with Great Britain and its dominions (Australia, Canada, New Zealand, the Union of South Africa). This agreement was signed at the beginning of December 1939, and formally it still exists.

Nepal soldiers acted in 1941-1944. against the Japanese army in British Burma (now Myanmar), Malaya, on the vast eastern border of British India, in some other regions of Southeast Asia.

Moreover: some units of the Nepalese army in the same years were part of the British-American troops in Ethiopia and Somalia (liberated from the Italian occupation in 1941-1942), in Iran, Iraq, and carried garrison service in British Cyprus. That is, the Nepalese fought on many fronts of the Second World War.

Thank you, your majesty

To be punctual and honest, it must be remembered that a total of 1939 Nepalese soldiers and officers took part in hostilities on all fronts in 1945-250. Up to 300 thousand of them died and went missing. Not so little for a tiny power in the mountains. 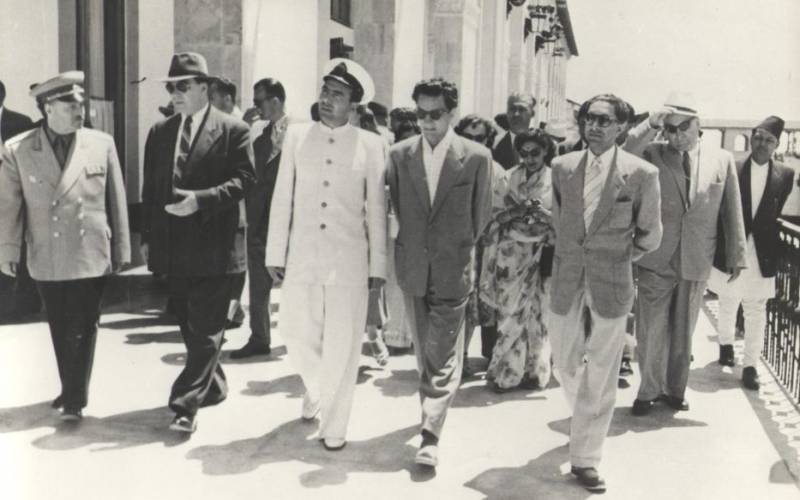 And at the end of June 1958, King of Nepal Mahendra Bir Bikram Shah Deva, having visited the USSR for the first time, also visited Stalingrad. Here the Nepalese king stated that

“Immortal, great Stalingrad marked a new stage in the world war against fascism - the stage in the defeat of all fascist aggressors and their puppets on all fronts. Nepal also participated in this war. But the decisive role in the defeat of the entire fascist bloc belongs to the Soviet Union. To the one who brought innumerable sacrifices to the altar of victory. "
His Majesty mentioned Stalingrad more than once in his speech, but in the Soviet media the "unnecessarily" frequent references of the king to Stalingrad were omitted. After all, two years have already passed since the notorious XX Congress of the CPSU, and the country began to gradually rename objects with the name of Stalin. And at the same time - and his associates.

On October 28, 1945, a large-scale Victory Parade was held in Kathmandu, the Nepalese capital, with the participation of the troops of the British Commonwealth, China and the United States. On the eve of this parade, over 40 thousand Nepalese soldiers and officers, and about 300 British and American officers assigned to the Nepalese army during the Second World War, were awarded high Nepalese and British awards.

We don't need an inch of someone else's land ...

Recognition of Nepal's military merits is the fact that a considerable number of high-ranking Nepalese officers in those years served at the headquarters of the allied forces in the Pacific. For example, the future supreme commander in chief of the troops of Nepal (1951-1956) General Kiran Shamsher Rana and General (since 1952 Field Marshal) Nir Shamsher Rana were responsible at that headquarters for telephone and radio communications with all Pacific fronts.

According to reports, the Japanese side, in order to attract Nepal to its side, unofficially offered Kathmandu territorial increments at the expense of some areas of Chinese Tibet and northeastern regions of British India.

But Kathmandu not only rejected these proposals: the Nepalese secret service, with the participation of British intelligence, in 1942 liquidated a network of Japanese sabotage agents. Among other things, they planned, for example, a series of terrorist attacks and sabotage at British military installations in Delhi and Calcutta, in a number of Nepalese contiguous areas with Chinese Tibet and British India.

Today, the capital of Nepal, Kathmandu, looks very different than in the fateful forties.
And at the beginning of 1941, Nepal established official relations with the French territories in India, whose authorities at the end of 1940 joined the "Free France" of General Charles de Gaulle (the coastal cities-districts of Pondicherry, Carical, Mahe, Yanaon and the Chandernagore region near Calcutta ).

It was the Nepalese warriors who did not allow the Japanese invaders in the spring of 1942 to reach the junction of the borders of China, British India and Burma. Liberation from Japanese occupation of a number of areas in Sumatra (western - the largest island of the Dutch East Indies - future Indonesia), in British Malaya, Burma, North Kalimantan in 1944-1945. also happened with the active participation of Nepalese troops.

This was noted, for example, by the then British commander-in-chief in Southeast Asia Lord Mountbatten, Governor General of the Dutch East Indies Van Mook. Many high-ranking Nepalese officers served at the headquarters of the allied forces.

Even the future Nepalese Supreme Commander Kiran Shamsher Rana and Field Marshal Nir, also Shamsher Rana, worked there as modest liaison officers. The Nepalese military patrolled in May-September 1945 a number of areas of the border between Burma and Thailand.

It should be recalled here that Bangkok was an ally of Japan until September 1945. Thais in 1940-1942. occupied almost a third of French Cambodia, some neighboring areas of French Laos and British Malaya.

In a word, Nepal, as if in a grip between India and China, also made its own, and it must be admitted, considerable in relation to the scale of the country itself, a contribution to the victory over Japan.