Cross on St. Sophia. From Alexander the Liberator to Joseph Vissarionovich 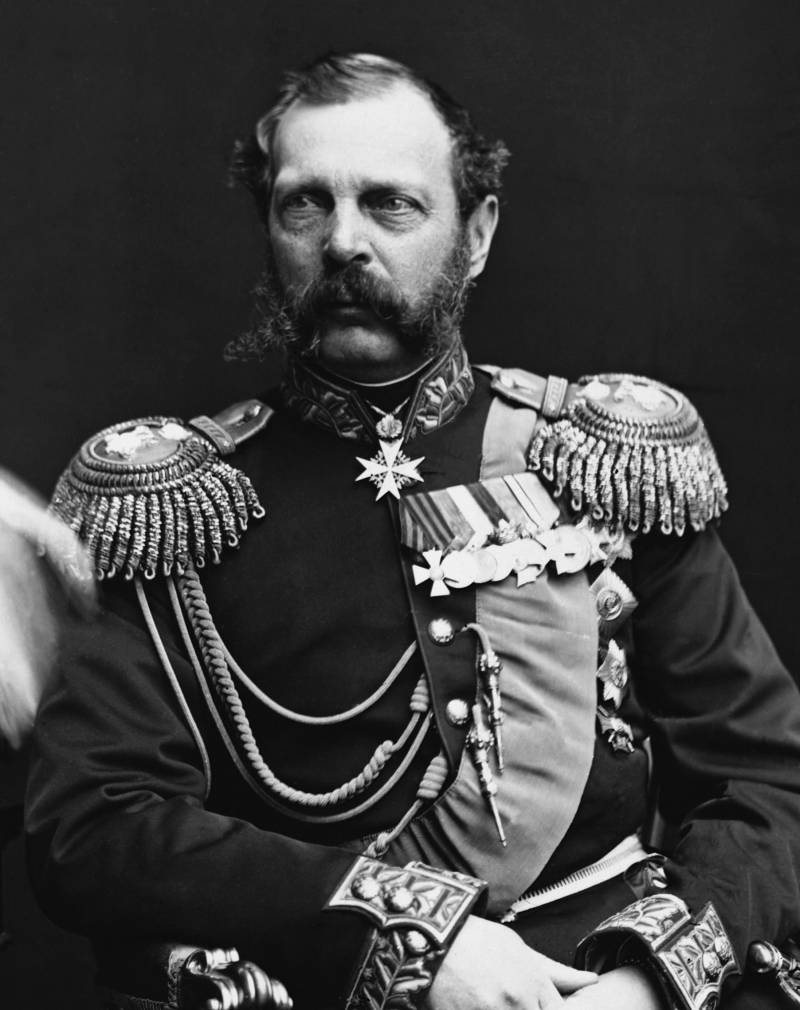 The Paris Treaty deprived Russia of the Black Sea fleet, but did not remove the problem of the Black Sea trade and only pushed the reforms necessary for the country and the search for funds to abolish these regulations. Moreover, with the beginning of the industrial revolution in Russia, the Southern Territory began to acquire strategic importance - metal, coal, mechanical engineering were added to bread in Novorossiya, and Odessa became the largest trade port of the empire. All this had to be defended, and the best defense was the control of two narrow straits to prevent enemy forces from entering the Black Sea like the Crimean War.


You can discuss the politics of that time in general and Prince Gorchakov personally as much as you like, the old man's ideas were indeed not always sensible, and often fantastic, but in 1871 it happened - with the support of newborn Germany and, taking advantage of the military collapse of France, Russia abandoned the Paris restrictions ...

It was an undoubted success and achievement of Russian diplomacy, but ...

Over the next five years, we did not have a fleet on the Black Sea, except for such two round and non-seaworthy popovki (in fact, unsuccessful floating batteries) and ROPiT steamers - good auxiliary cruisers in the presence of a combat fleet.

And the Turks, meanwhile, were building exactly the armored fleet, and they did it in England, the country - the leader of the military shipbuilding. The war was becoming inevitable, along with it it turned into an inevitable and a chance to resolve the issue of the straits, but ...

The fleet was not built.

There were objective reasons for this - Nikolaev fell into decay. But there were also subjective reasons - Alexander at number two really constantly looked back at Europe, trying to become his own in the eyes of Western countries, and did not cross a certain line.

And then it struck.

In 1875, the uprisings of the Balkan Slavs began. Serbia supported them. The Turks, in turn, slaughtered the rebels with terrible cruelty. And Russia was simply forced to intervene, the people would not understand. And here it turned out - to fight only on land, there is no fleet.

It was possible, of course, following the example of Catherine the Great, to send the Baltic to the Mediterranean sea and arrange a new Chesma, but the British ... In a word, Petersburg did not dare, although there were ships, moreover, ships superior to the Turkish ones.

They fought on the Black Sea for what they were - steamers of active defense, armed with boats with pole mines, simply armed steamers, and the mother of the infantry paid in blood for what the Tsar-Father and his ministers did not think of. It was that war - this is Makarov, Rozhdestvensky, Skrydlov and many more, then young and desperate officers, trying to win the war at sea without ships.

Whatever it was, the Russian army fought for itself and for that guy, and in 1878 the Russian bayonets were 25 kilometers from Constantinople. The dream was - a stone's throw, the Turks no longer had enough troops to defend the capital, they just had to go in and take.

But the British battleships entered the Dardanelles, and as a result, the empire was afraid to occupy the Bosphorus, frightened by the specter of a new Crimean war.

She licked her wounds and made preparations for a revenge with Germany.

There was no time for drach nach osten: they were building an empire and preparing for war with France.

Alone - not an enemy, and the internal problems threatening an explosion were acute there as never before.

And England on its own would not have got into the war, simply for lack of a land army of the required size.

But anyway - the chance was missed. 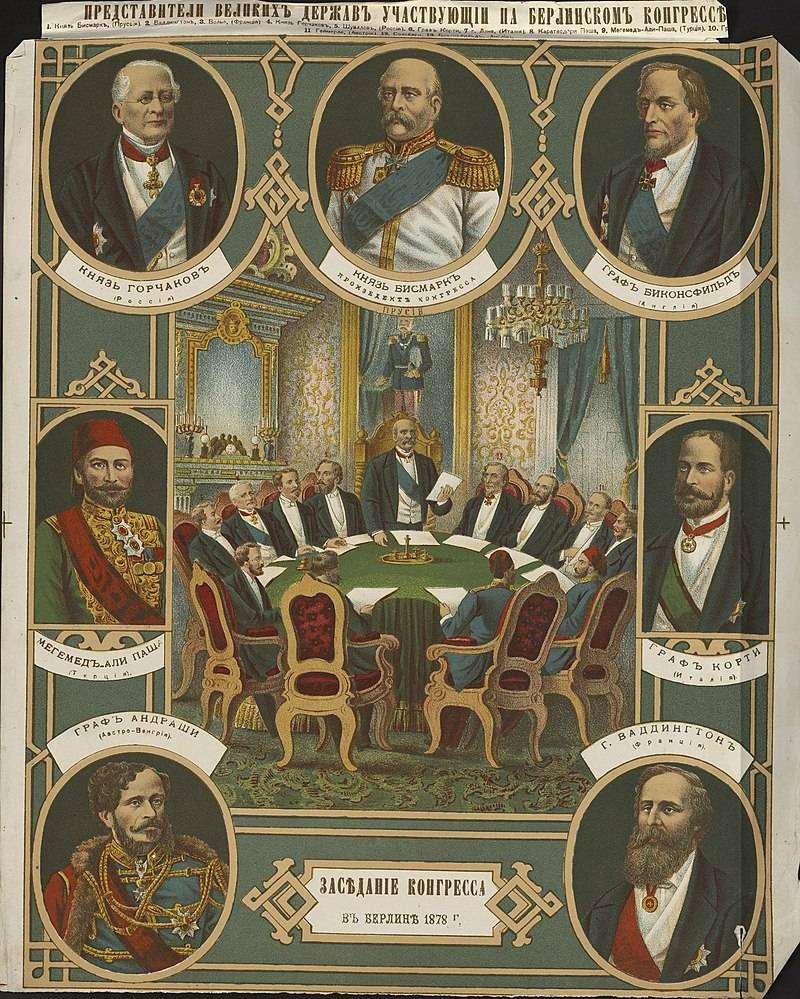 And the rather lucrative San Stefano Peace was replaced by the Berlin Congress, as a result of which Russia received nothing. No, some scraps of territories like Kars and Southern Bessarabia were given to us (Britain, without fighting, acquired Cyprus). But in general ... the problem of the straits has not been resolved. The passage to the Mediterranean Sea was closed to Russian warships, unless with the permission of the Sultan, who was completely dependent on London.

The next decades and the reign of three emperors, Russia was preparing ... to seize the straits, which it could take without a fight in 1878.

Secretly measured the depths and currents of Makarov, built battleships for battles with coastal batteries (type Catherine II, 3X2 305-mm guns, four of them on the bow), created a special stock of heavy guns and mines to strengthen the straits after capture ...

Millions were spent, and the exhaust was sharply negative. It was the attempts of the fleet to prepare at the same time to seize the straits, strengthen the sea power in the Far East and the defense of the Baltic that eventually led to Port Arthur and Tsushima. And the collection of Black Sea battleships stood in the harbors throughout the war, interrupted by riots against the Tsar, Father.
The preparation went on for so long that the first four battleships and six gunboats built were hopelessly outdated, and so expensive that in 1905 there were three modern battleships and two armored cruisers in Sevastopol, which could turn the tide of a real war.

Chances, for fairness, were: before the Far Eastern War, what after. For example, the Cretan crisis of 1897, but Russia chose to shoot at the Greeks, and did not dare to go to war for which it had been preparing for 20 years.

And since 1908, after the diplomatic Tsushima Izvolsky, it was not at all up to the straits, all the more so - the Germans began to patronize the Turks with their plans to build a railway to Basra. Even the Balkan Wars of 1912-1913 didn’t give anything, and, perhaps, they couldn’t give anything: Russia was a tight member of the Entente, and didn’t want to risk causing a world war, and it didn’t have the right.

As a result of 35 years of preparation, colossal amounts were spent, weapon managed to become obsolete, Bulgaria from an ally became a potential enemy, and a fleet on the Black Sea now had to be built for defense. The Turks, with the help of the Germans, acquired two battleships, modernized their old and ordered two battleships in England. In response, the construction of battleships began on the Black Sea, diverting resources from the Baltic.

Meanwhile, the world war was approaching. And since the supplies of the allies went mainly through Odessa, and from there Russian products were exported to Europe, the violation of the neutrality of the Ottoman Empire meant simply space problems for the Russian Empire. We have not thought about this for 35 years, looking back at Europe in the Ottoman issue. But the Germans thought about it, and their Mediterranean squadron rushed to Istanbul with the first shots of the war.

And then Souchon did what he did, putting Russia in a shah, not fatal, but expensive: building port infrastructure in Arkhangelsk and Murmansk during hostilities and creating a fleet there from scratch is still a pleasure. The allies also understood this. Their Dardanelles operation is not an attempt to seize the straits for themselves. This is an effort to solve a logistical problem: Europe needed Russian bread, Russia needed European weapons.

It is clear that burn out - and no one would give us the straits. But it so happened that, preparing for the Bosphorus landing in 1879, we were "not ready."

The preparations were carried out during the war, these were as many as four battleships in the Black Sea Fleet against one "Goeben", and the fleet of "Eldipiforov" and "Bolinder", and training with a run-in of landing troops of ground units, but ...

In 1917 there was a revolution, and we can only guess: would Kolchak have erected that very cross, or would it have turned out to be the second Dardanelles?

However, there was a chance that even without the revolution, we simply would not have made it to the end of the war.

Be that as it may, the Ottoman Empire collapsed, Russia was shaken by the Civil War. 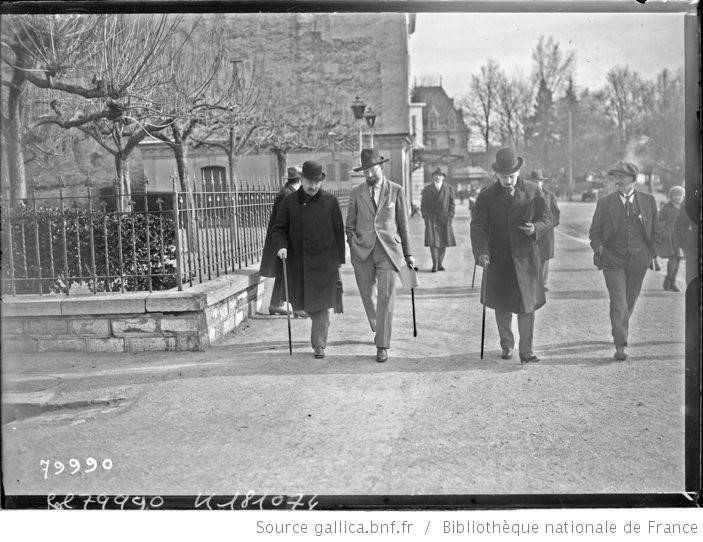 It is never strange that the dying Russia and Turkey became allies during that period. It would be strange if it turned out somehow differently.

For Russia (even Soviet, at least some), the Turks on the Bosphorus are better than the British or the Greeks, pure pragmatism. As a result, we helped the Turks as much as we could, and at the Lausanne Conference of 1923 we supported her with all our might.

As a result, the Black Sea straits remained behind the Turks, but with the right of passage for warships of any states in peacetime. This was unprofitable for us and for the Turks, and in 1936 the Montreux Convention was signed, according to which the Black Sea countries received the right to freely navigate their ships through the straits, and the non-Black Sea countries - only in peacetime and with tonnage restrictions.

1. The total tonnage that Powers that are not coastal to the Black Sea may have in this sea in peacetime is limited as follows:

a) Except as provided in paragraph b) below, the total tonnage of the said Powers will not exceed 30000 tons;

For this purpose, each Coastal Power will report, in accordance with Annex IV to this Convention, to the Turkish Government on January 1 and July 1 of each year, the total tonnage of its fleet in the Black Sea, and the Turkish Government will transmit this information to other High Contracting Parties, as well as to the Secretary General. League of Nations.
The convention is valid to this day. And, as practice has shown, it is she who is the best option for solving the problem of the straits, although it would not hurt to update some of its provisions.

The last act of the struggle for the straits was the 1940s, when Molotov, in negotiations with Hitler, raised the issue of the straits. But there, rather, the question was about control, in the sense that

d) The issue of Turkey and its fate cannot be resolved without our participation, since we have serious interests in Turkey.
The USSR did not intend to transfer the straits to Germany. And in 1945, Stalin demanded major concessions from Turkey.

From June 7 to July 6, 1945, the Soviet leadership made a number of decisions on Iran and Turkey and put forward demands that marked the beginning of the Cold War era.

One of the first actions in this series should be considered the reception by the People's Commissar V. Molotov of the Turkish Ambassador S. Sarper, to whom the conditions were read: joint control over the Straits, the provision of military bases to the Soviets in the Bosphorus and Dardanelles region, the return of Kars and Ardahan to the Union.
Which led, among other things, to Turkey's accession to NATO and problems on the southern flank of the Warsaw Pact. On the other hand, it was inevitable, and this attempt did not really affect anything.

If we sum up the results of the 200-year struggle for the straits, it was justified: the Russian fleet needs access to the Mediterranean. But only partially successful. And the reason is both objective (fear of the powers of strengthening Russia) and subjective (indecision of the rulers at critical moments) factors. Nevertheless, at the moment this issue has been settled in the best way for Russia. And it is unlikely that in the foreseeable future there will be progress on it.