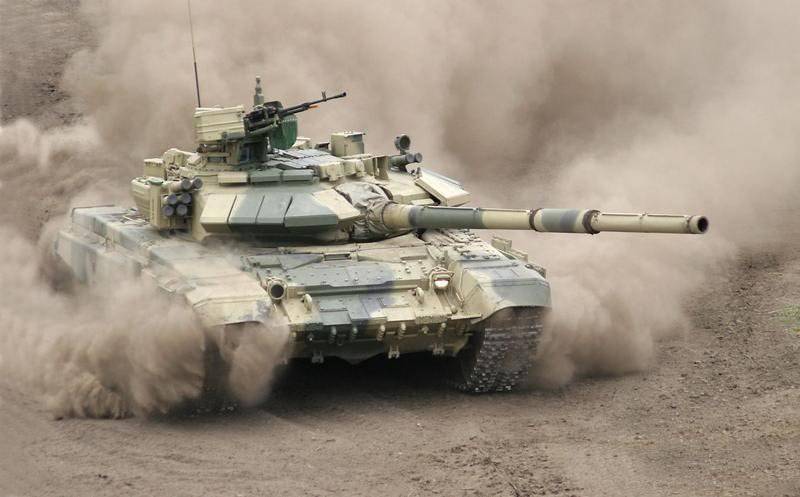 Tankers of the Russian military base deployed in the Republic of Abkhazia conducted training for the first time on the latest mobile complex crew simulator tank T-90A MKT-188A (MKT-188A simulator), which entered the compound this year.

As the press service of the Southern Military District reported, the uniqueness of the MKT-188А simulator is the ability to simultaneously train the entire crew — the tank commander, gunner, and driver. The training complex can simultaneously show up to 15 various targets, including all existing models of tanks, combat vehicles and self-propelled artillery installations at ranges from 100 to 4000 m, moving at speeds up to 60 km / h.

The simulator allows the gunner and the crew commander to work out reconnaissance of targets, shooting from a spot, in motion and from short stops at emerging and moving targets, airborne low-flying targets, to participate in a tank duel. The mechanic-driver of new equipment makes it possible to work out the preparation of the machine for movement, start the engine under different weather conditions, overcome natural and artificial obstacles.

The software of this simulator allows you to create a tactical environment of any complexity. It forms a virtual combat space in which the simulation of armed confrontation is carried out, taking into account the time of year and day, the state of weather conditions, the geographical and climatic characteristics of the training area.

The final test of the tankers of the Russian compound in Abkhazia will be the firing of T-90A tanks, which will be held in October in the Krasnodar Territory, the press service of the Southern Military District said.