Secrets of the XXI century: Roscosmos conducted experiments with Gravitsappoy? 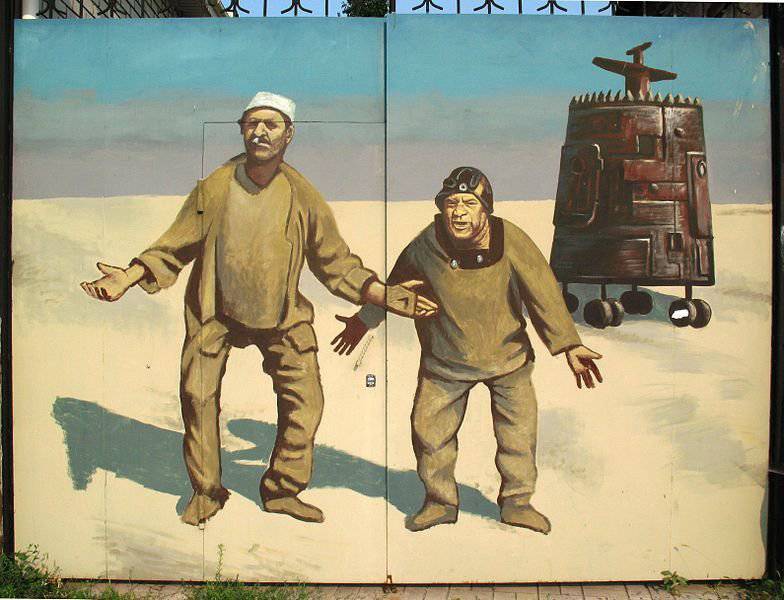 I want to talk about quite curious experiments, confirming that either the spirit of Trofim Denisovich Lysenko never disappeared, or our top echelon leadership, as it was, remains ambitious troeshnikami.

A funny and witty film “Kin-dza-dza!” Directed by G. N. Danelia is known to almost everyone.Gravitzapais from there, it is best explained by the heroes of the film: “Gravitsappa is that without which the pepelats can only fly like this, and with gravityappa anywhere in the Universe it can fly! in five seconds.

STAGES OF THE "GREAT WAY" OF RUSSIAN GRAVITSAPY:

The report itself can be heard and viewed at the end of the article. Briefly the essence:
In the Moscow region, the Research Institute of Space Systems invented the "gravitsapu" - as they call the engine, which, according to the creators, can accelerate to infinity. For a full test, they want to send him into space. In the Russian Academy of Sciences this invention is not recognized, as well as the theory underlying its creation. 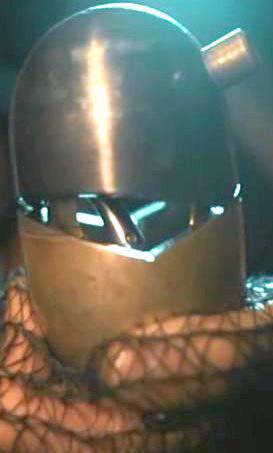 Yuri Danshov, Head of the Department of the Research Institute for Space Systems:

“Note that there are no screws or oars. Let us say that the traction appears due to the work of the device itself ”.
“If this device were in outer space, that is, in a vacuum, in zero gravity, it would accelerate indefinitely. To infinity".
"There are different names, but I call "Gravitas"". / watch the video as №2 /

Oddly enough, Valery Menshikov (director of the Research Institute of Space Systems, retired major general), who himself had previously dealt with space, did not refute the "ideas" of his colleagues, but also strongly supported them.

Official science did not recognize neither the work of the laboratory near Moscow, nor the theory of antigravity of the scientist Shipov connected with it.
BASE: this contradicts the third Newton's law, the law of conservation of momentum (the law of conservation of momentum) and (as a consequence) the Tsiolkovsky formula.
BUT while physicists argue, engineers have no time to pick the formulas - it is necessary to prepare the ships of the new generation without giant fuel tanks.

Let those who know everything not be indignant, but I will still briefly remind you: 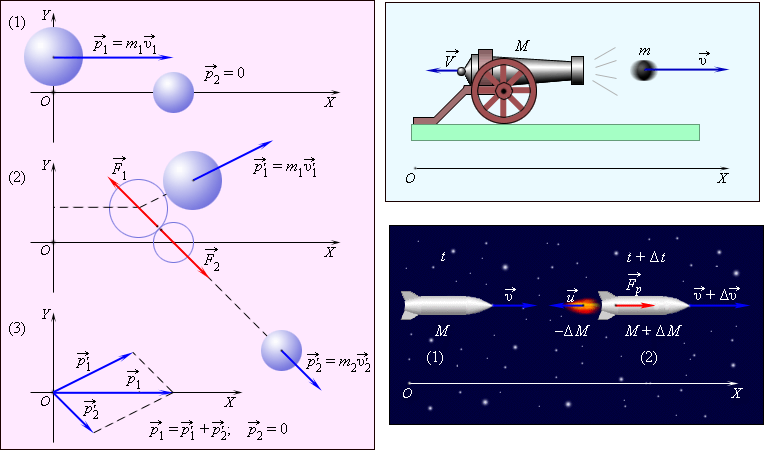 Jet propulsion. Formula Tsiolkovsky, the validity of the use of multi-stage missiles: 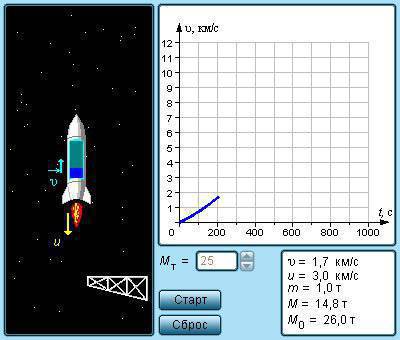 ESSENCE OF "IDEAS":
Unfortunately, I don’t know if there is a patent and I don’t have access to information explaining the basic principles, but it can be assumed that in this rumbling box on a piece of foam (see the film) there is a movement of masses relative to each other, but inside it without visible external movers (a piece of foam does not count). And, about a miracle, it turns, i.e. It moves, however, in the water, in the field of gravity and in the presence of air resistance. Approximately the same as the gravitsappa of one of the magicians in the video at the bottom of the article under the number XXUMX, but of very poor quality.
Yuri Danshov himself says: “Note that there are no screws or oars. Let us say that the traction appears due to the work of the device itself ”.
The laboratory has created six variants of the engine, working without waste mass. At the heart of the very first, created several years ago by the inventor S. Polyakov, is a tube as thick as a thumb, spiraling around a cone. Mercury in a tube is the heaviest liquid. Climbing up the helix and then vertically returning down, mercury chases along a closed contour and creates cravings. The consumption of electricity for the operation of a pump that pumps mercury is substantially less than the energy that an engine receives to move in space.
Yury Danshov: “Imagine a spacecraft with such an engine. Solar batteries will provide it with electricity for many years, so the movement of mercury in a spiral is guaranteed. The engine creates a very small - tens of grams, but it is enough to fly the ship into unknown limits.”
Well, that's right, you can conduct such an experiment: set the rocker on a trolley with wheels, swing it gently along the axis of movement and observe: the trolley moves without a propulsor! Note: I used a fire truck with a ladder, a string and a stone in the demonstration for an eight-year-old son. And op-la! There is a gravitational effect device moving. You can even achieve a targeted (albeit slow and meager distance) movement. Guess why!
All unique engine for the correction of the orbit of earth satellites is ready.
You can also take the path of the Research Institute of Space Systems: a bathroom, water, a piece of foam, a rocker or a stand with a "Newton ball."

AND ALL SUCH IN TEAM Yuri Danshov managed to “loosen” someone.

IN MAY 2008 OF THE YEAR WITH THE COSMODROME THE PLESETSK ROCKET-CARRIER “ROKOT” HAD A LITTLE SPACE “JUBILEY”. ON IT AND INSTALLED "GRAVITSAP" 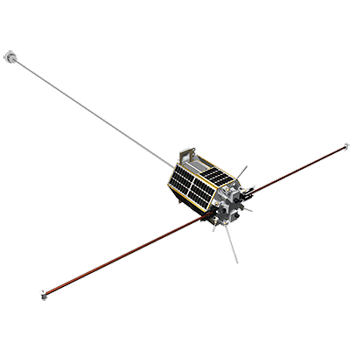 BBC, 2008: Russia launched a perpetual motion satellite. It is remarkable, first of all, because it has an unprecedented engine for orbit correction, which its creators dubbed "perpetual."
This is the first space engine operating not on the reactive principle, but due to the movement inside it of a liquid working fluid along a definite trajectory resembling a tornado. The energy for this will give solar panels.
AiF, October 8 2008:In space without fuel. An eternal engine is injected into orbit.
"Look", 2009: Director and Scientific Director of the Maximov Research Institute for Space Systems, Major General Retired Valery Menshikov on Thursday, “In May 2008, from the Plesek cosmodrome, the Rokot launch vehicle launched the small spacecraft, Yubileiny, into space. On it, and installed "gravitsapa." For one and a half years, new devices and systems were tested. Recently, these experiments have ended, and we were finally able to begin testing our mover. It will last at least 15 years, and the maximum number of inclusions can reach 300 thousand. "
Vremya Publishing House, 2009 An experiment with an engine based on new physical principles for obtaining thrust is being carried out on the operating Yubileiny small spacecraft. Scientists are trying to overcome gravity.

Gravicappa, a space propulsion device that is a device for continuous movement without the expenditure of a working medium ... This engine is designed for any spacecraft, especially for nanosatellites.

04.02.2010 "NEWS FM"An interview with a specialist in space stations magazine"News cosmonautics "Igor Lisov .:
“The experiment was conducted on the Yubileiny satellite .... No changes were noted in the orbit parameters of this satellite, for which the Gravitsapy propulsion unit could be responsible. I watched these parameters myself — nothing, no perturbations. Slowly decreasing. same as his launch companions. "
"Vesti FM": That is, no scientific breakthrough in this?
Fox: "So far, at least, nothing is visible."

EVERYTHING ENDED ANYTHING, HOW SHOULD BE.

Costs in principle are not very large, the state has practically not invested in financing (probably therefore Chubais AB and RUSNANO do not appear anywhere else). Someone laughed, someone spoke about the billions spent, someone wrote: "Lysenkoism is in honor again in Russia."

A blessing in disguise. BUT:

Thanks to the events described, the anecdote became popular: “The State Duma in the third reading approved amendments to Newton's laws».

True, after the event in question was the following message:
More recently, a wide resonance has been caused by the message that the government of Belarus is going to use torsion fields to protect its tanks.
And I also remember in Moscow, in the last year of Luzhkov’s rule, they tried to disperse the clouds with the “rays of death” (although budget money was good, good money.
Everything repeats. Soon the thread will announce the development of the Tranklyukator.

And what about them?

Americans also attacked this rake. Let's go back to the remarkable for us day 4 October 1957 of the year.

The USSR, yielding to the USA in economic and technological development, made an unprecedented one - created an artificial celestial body. As a result, even in the pocket dictionaries of the English language of the early sixties, along with tasty vodka and frightening cossack, a progressive, now forgotten sputnik settled. The Americans, according to the former director of the Library of Congress, Daniel Burstin, were convinced that "communism cannot defeat democracy in the field of science and technology, where free competition of ideas promised progress." And here - an ominous shadow of "Integral" hangs over America, a spaceship from Zamyatin's dystopia "We", its ingenious Builder, which in reality was made by Sergei Korolev, who is not named yet, "sharachechny convict".

To overcome Soviet leadership in space, it was decided to use one remarkable device: "System For Converting Rotary Motion Into Unidirectional Motion", "a system for converting rotational motion into unidirectional".
US Patent 2,886,976 from July 13 1956, Norman L. Dean is an insurance agent from Washington, DC.

Astounding Science Fiction June issue for 1960 was published an article by Norman L. Dean "The Space Drive Problem".
The Americans simply forgot (or did not know) that more than two centuries ago the son of a whore and a sapper, a foundling, a great mechanic, a mathematician and philosopher Jean d'Alembert said:
"The body cannot be set in motion, because there is no reason for it to move more preferably in one direction than the other".
In an unsupported environment, neither Dina’s machine nor the other inercoids can move.

True, then everything came to the senses, and the Free World entrusted the leadership of the space race: to Baron Werner von Braun, a former SS navigator, with experience in the use of slave labor.
Statistics: The largest number of victims of V-2 were prisoners of “katsetniki”, thousands who died in the galleries of the rocket of the underground camp “Dora”, where Werner was one of the leaders.

Some objects of the world "Kin-Dza-Dza!" (Short dictionary):
Pepelats - the interstellar ship used in Tentura.
Chatl - the monetary unit used on the planets Plyuk and Hanud.
KC - The name of ordinary matches, used in the galaxy Kin-Dza-Dza. Along with chatl, perform the role of currency
Kappa - a remote control device for anything.
Luts - fuel for pepelats, made from water.
Luthekolonka - Station where you can buy Luts.
Plyuka - A special metal stick about 5 cm long, to one end of which several small strips of skin are attached. It is used in the game widespread on the planet Plyuk.
Tsak - bell for the nose.
Tsapa (Tsapa) - the part used, in particular, in pepelats.
Ötich - prison, fortress - a fictional correctional institution and type of punishment on Plyuk.
Tranklyukator - type of weaponsused by the inhabitants of the planets Plyuk, Hanud and others in the galaxy Kin-dza-dza.

For your information:
Trofim Denisovich Lysenko (1898-1976) became a national figure in 1948, after a scientific conference, where he gave a fervent speech, calling Mendel's ideas “reactionary and decadent” and including such scientists as the list of enemies of the Soviet people.
Gennadiy Shipov, a graduate of the Physics Department of the Moscow State University, doctor of Physics and Mathematics, academician of the Russian Academy of Natural Sciences: "All the mechanics we taught in school, what we deal with on the road, in the elevator, on the sofa, are Newtonov, it is based on straight motion. But another mechanic is possible - Cartesian which assures: the main movement in nature is rotating. "
Shipov's patents for inercoids do not have a Russian residence permit, but a Japanese and a Thai one, the third is considered in the European Union. The most effective experimental apparatus of this type is made in Thailand - a machine no larger than a vacuum cleaner rides without fuel and control. The Thai bank has invested in the development of Cartesian mechanics.
Valery Menshikov: “I also work in an area where nobody knows anything.”