Panther: inside the German predator

August 7 2021
7
In 1938, the development of a combat vehicle began in Germany, which was supposed to replace the PzKpfw III and PzKpfw IV. The designers received not so many demands from the command: the tank had to surpass the previous models and weigh no more than 20 tons. This freedom of action allowed engineers to develop new technologies, which were later applied to the Panther. However, by 1941 it became obvious that it would not be possible to limit ourselves to 20 tons.


Potential manufacturers of new tanks there were Daimler-Benz and Man, and the German command made a choice in favor of the second enterprise. The beginning of the "Panther" service can hardly be called successful, because the tank was very unreliable. After some time, the design of the machine was changed: to replace the Ausf. D came model Ausf. A with a completely new turret and slightly modified hull. 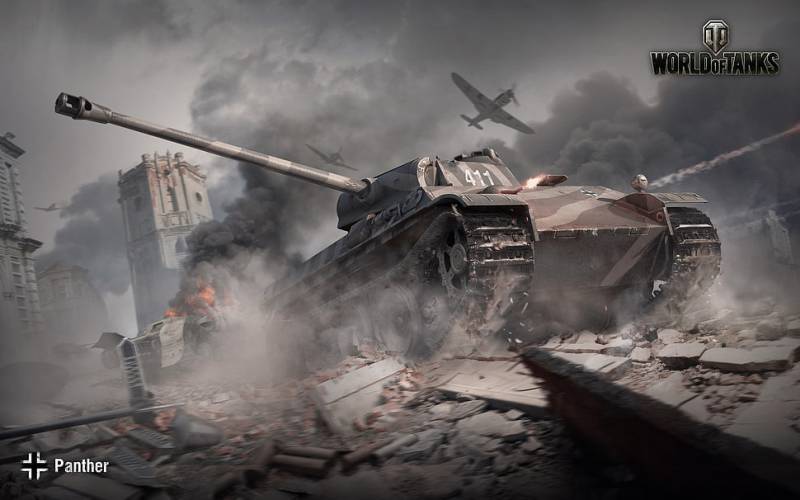 The thickness of the upper armor plate of the PzKpfw V Panther Ausf. A - 80 mm, bottom - 60 mm. Closer to the center of the front of the hull is a mechanical drive hatch, and to the left of it is a ball mount with a machine gun and its own optical sight. Unlike earlier models, the front also has one headlight instead of two.

On the sides of the "Panther" hinged screens made of mild steel. They were developed and used as protection against cartridges of 14.5 mm caliber and high-explosive fragmentation shells. The upper 40-mm side of the hull is located at an angle. On it were attached tools for pulling and towing equipment, wire cutters, fire extinguishers, a jack stand, a sledgehammer and spare tracks. On the rear of the hull are two large padlocked stowage boxes, a side light for column movement and two exhaust pipes. Below there are various access hatches and a jack for changing rollers. Here you can also see a part of the armor plate that protects the side.

The PzKpfw V Panther was armed with the Kw.K. 42 caliber 75 mm. The cannon is installed 6 cm away from the center of the turret. the tower itself is not located in the center of the hull. At the rear of the turret is a large loader hatch. Initially, it was used as an emergency, as well as for the supply of shells. The roof of the tower is small and there is no loader hatch on it, so he could see what was happening around him only through the periscope device, which was located next to the armored hood of the ventilation system. Meanwhile, a grenade launcher was installed on the Panther turret instead of the pistol loopholes that were in the early models. 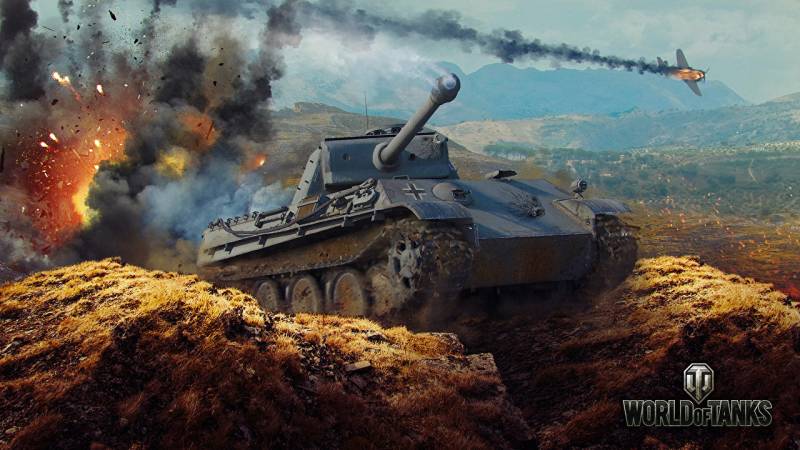 Each track, 66 cm wide, consists of 86 links (single-finger, non-rubberized tracks connected by a clamp and a distribution pin). A special roller is also installed behind the drive wheel. It prevents the track from rolling when the vehicle is reversing. The tank has 16 staggered rollers on each side. This design was considered ideal from a technical point of view, but it was very difficult to maintain it: in order to replace one roller, four more had to be removed additionally. The caterpillar was not supported by anything. To connect the inner rollers to the tracks, guide ridges were used, 2 for each track link. The rollers themselves are mounted on balancers, which are attached to an individual suspension with double torsion bars.

The hatches with handles on the roof of the rear of the hull indicate that the tank is equipped with a 23-liter Maybach HL 230 P30 engine with 700 hp. It is capable of delivering 3000 rpm, but due to reliability problems they were limited to 2500. As a result, the maximum speed dropped from 55 to 47 km / h. The tanks hold 170 liters of water, 20 liters of engine oil and 730 liters of fuel. On the engine compartment, you can see the fuel and water fillers, as well as two different types of cooling fans.

Most of the PzKpfw V Panther came off the assembly lines in dark yellow. Brown-green camouflage was applied already in tank units. In September 1944, factories stopped painting cars and began to produce them in a red oxide primer, and the soldiers themselves applied 3 colors to their taste.

"Panther" was considered a good combat vehicle for its time with great potential, but it can hardly be called comfortable for the crew. The designers' bet on long-range battles led to the fact that the tank was cramped and far from being the most versatile. However, this did not prevent him from instilling fear in the crews that were in the line of fire.

For more details about the famous German predator, as well as the internal structure of the PzKpfw V Panther, see the video from Wargaming.