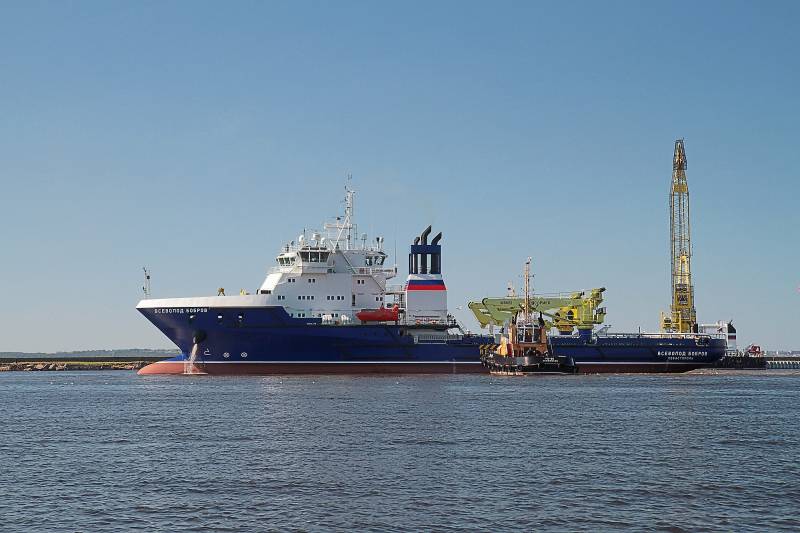 Project 23120 support vessel Vsevolod Bobrov, built at Severnaya Verf, was transferred to the Naval fleet... According to the press service of the enterprise, the acceptance certificate for the ship has been signed.


The military accepted the project 23120 logistical support vessel Vsevolod Bobrov, the acceptance act was signed by the chairman of the Commission for State Acceptance of Ships, Captain I Rank Andrei Yegorov. The date of the ceremony of raising the Andreevsky flag will be determined by the command of the fleet.

It is specified that after the ceremony, the ship will go to the place of permanent deployment in the Black Sea Fleet. The lead ship of the Elbrus project is serving in the Northern Fleet.

"Vsevolod Bobrov" is the second ice-class logistics support vessel. Laid down in 2013 and launched in 2016. There are some changes in the design based on the operational experience of the lead Elbrus.

The vessel is multifunctional, designed for the carriage of goods, towing, carrying out hydrographic research, providing assistance to ships in distress. The ship's hull with ice class ARC4 allows breaking ice up to 0,6 m thick.

Ctrl Enter
Noticed oshЫbku Highlight text and press. Ctrl + Enter
We are
The Ministry of Defense announced the date of delivery of the logistics support vessel "Vsevolod Bobrov"Logistics support vessel Vsevolod Bobrov is preparing for the introduction of the crew
Military Reviewin Yandex News
Military Reviewin Google News
23 comments
Information
Dear reader, to leave comments on the publication, you must sign in.