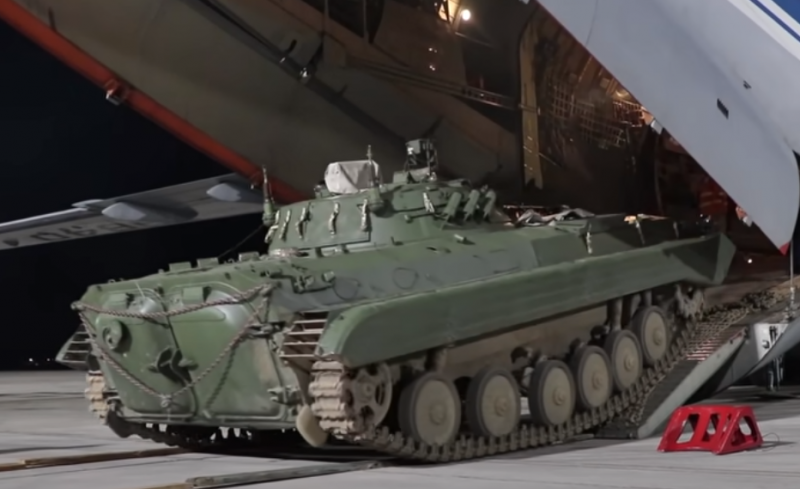 The Russian Ministry of Defense has strengthened the 201st military base in Tajikistan, the Russian military received a batch of modernized BMP-2M. This was reported by the press service of the Central Military District.


The base reportedly received 17 BMP-2M infantry fighting vehicles designed to replace obsolete military equipment. The equipment was delivered by military transport planes. aviation VKS RF. Currently, the equipment is being prepared for participation in joint exercises of Russia, Uzbekistan and Tajikistan, which will be held from 5 to 10 August at the Harb-Maidon training ground near the border with Afghanistan.

The fact that the 201st military base in Tajikistan will be reinforced with modernized BMP-2Ms was announced earlier by the commander of the Central Military District, Colonel-General Alexander Lapin. The delivery of equipment was planned against the background of the evolving situation in Afghanistan.

The BMP-2M is armed with Kornet anti-tank guided missiles, an 30-mm automatic cannon, a 7,62 mm caliber machine gun and an 30-mm AG-30M automatic grenade launcher with an independent vertical-guided drive and an 300 grenade powering magazine.

By the way, four Mi-8 and Mi-24 helicopters were deployed to Tajikistan to participate in a joint exercise at the Harb-Maidon training ground. The heavy An-124-100 Ruslan delivered the disassembled helicopters from the Novosibirsk Region to the Gissar airfield. Here the rotorcraft will be assembled, after which the crews will fly over the equipment.
Military Reviewin Yandex News
Military Reviewin Yandex Zen
56 comments
Ad