"Science-13" or what is happening in orbit? 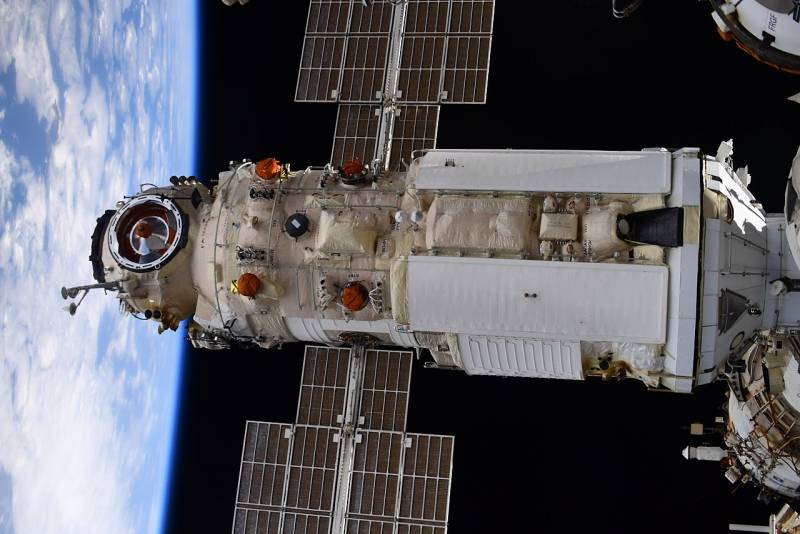 Yes, eight days ago we were surprised to learn that MLM Nauka will still fly to the ISS. It looked more than odd considering that the main operators signed the ISS death warrant after 2024.


Indeed, the topic of this long-suffering module, which has been waiting for its turn since 1995, raises a lot of questions. They started to build it, then threw it, then started again.

At one time, just recently, it seemed that "Nauka" could become the basis for a new Russian station in orbit, since everyone scatters to their corners.

No. The almost thirty-year-old module was nevertheless pushed into orbit and docked to the ISS. "Pierce" was sent to rest in the ocean, now they will wait for the "Berth" to be sent up.

The path to orbit was as difficult as the rest история module. The road to the ISS took eight whole days. This is a kind of anti-record, because today the flight time of spacecraft to the ISS is calculated in hours. But we are not looking for easy ways, and therefore the module was nevertheless dragged to the ISS, in the style of Apollo 13, overcoming various difficulties. 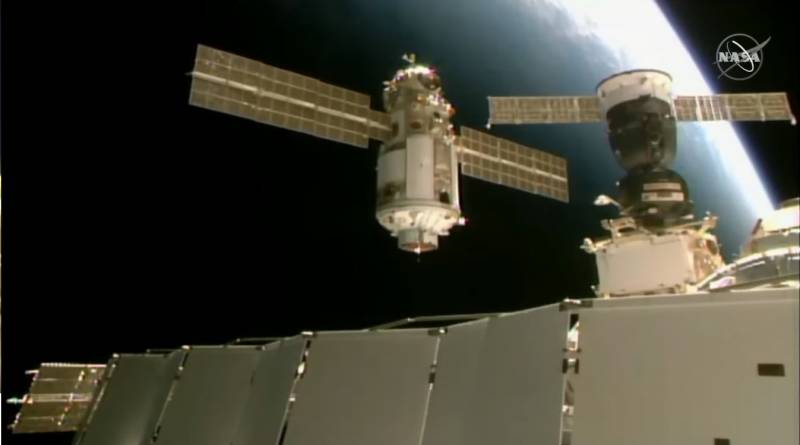 But there were difficulties. The module went into space on July 21, 2021 and docked on July 29 at 16.30 Moscow time. During this time, malfunctions in the fuel system were overcome (not blockages, but a marriage, as Rogozin said), in the operation of the Kurs automatic docking system. In general, in the MCC, these eight days were more than lively.

After docking, cosmonauts Oleg Novitsky and Pyotr Dubrov began preparations for opening the hatches between the Zvezda and Nauka modules. When they began to open the Zvezda's inner hatch, the Nauka's engines spontaneously turned on and began to turn the entire station around.

The ISS began to rotate erratically. I had to turn on the engines "Progress" and "Zvezda" to counteract. As a result, the station, which had already been turned 45 degrees, was stabilized.

Now almost everything is behind (almost - this is optimism, you never know what else can happen), the module is docked to the ISS.

The question arises: for what?

According to the official releases of Roscosmos, the main task of "Science" is the implementation of the Russian program of scientific and applied research and experiments. It would be very interesting if it weren't sad at the same time.

With Nauka, the Russian segment will receive additional jobs, which were so lacking for astronauts, space for storing cargo, additional kits for the regeneration of water and oxygen, solar panels (90% of the Russian segment was supplied with electricity by the Americans), as well as a second toilet, a cabin for the third crew member, and the European manipulator ERA, which will allow you to perform some work without going into outer space.

These are all positive aspects. Now let's see why all this is being started.

Again, referring to the programs of Roskosmos, one can understand that a lot of time will be devoted to various experiments with the genome. Russian cosmonauts have already studied the influence of outer space on the genome of fruit flies. In the future, this genetic analysis will be useful for better selection of crew members.

Study of the genome of microbes, which will change under the influence of cosmic radiation - the "Mutation" program.

The most ambitious project in Roscosmos is called the Quail project. In its course, they want to raise Japanese quail chicks on board the MK. Such an experiment was already carried out at the Mir station 25 years ago. Then the experiment failed, the chicks could not adapt to weightlessness. After 25 years, they decided to repeat the experiment. What is its value, it is difficult to say. Informational statements refer to new equipment for the experiment.

Perhaps this new equipment was planned then, in 1995, at the same time as Nauka, and now it will be used according to the principle of “don't throw it away”. Questionable value.

The only experiments that come as no surprise are the work on growing crystals. But there are also snags. Yes, ultra-pure crystals grown in zero gravity are very useful. But on Earth, repeating them is unrealistic, and one can only dream of an orbital plant. But I would dream, because it's useful.

In general, no such novelty is visible.

It is not entirely clear why it was necessary to push the "Science" so hard into orbit and "on the teeth" drag the module to the ISS. And then also to announce the launch of "Prichal" in November. 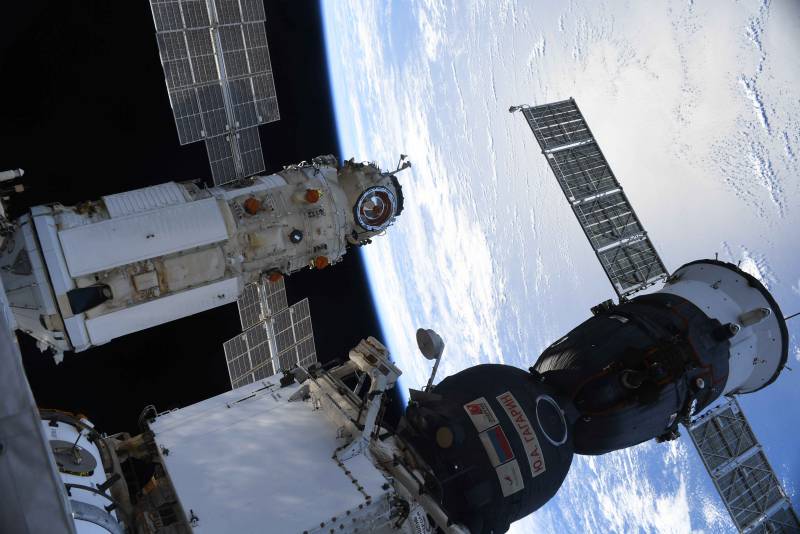 Two options. One is bad, the other is better.

A bad option is one in which Roscosmos has a very poor idea of ​​what to do next. And they just follow a pre-planned program. The same one, according to which "Science" was supposed to be in space back in 2007. "Just something" 14 years ago. Such a small "shift to the right".

How many experiments could have been carried out in these 14 years, how would this facilitate the work of Russian cosmonauts, who had a hard time all these years, because foreign astronauts had their own places and their own projects. Because of this, the Russian crew on the ISS was even reduced, there was nowhere to work.

And now, when the ISS is "everyone", for some reason they are dragging this module there. For three years? That kind of money for three years of work?

Perhaps, of course, Roscosmos knows what we do not know. But so far everything looks like this.

The second option is more interesting. Perhaps the resource of the modules will allow them to be operated after 2024. And not just to operate, but by undocking from the ISS. So to speak, in the form of a national orbital base. This would be a more interesting option.

But how everything will turn out in reality, we will see in 2024, fortunately, there is not so long to wait. And then it will be possible to personally understand which of the options was real. Will the entire Russian space economy fall into the ocean or will it continue to exist for some time as an orbital station?

Ctrl Enter
Noticed oshЫbku Highlight text and press. Ctrl + Enter
We are
So how can we repeat it?Angara: Triumph or Oblivion. 7 part
Military Reviewin Yandex News
Military Reviewin Google News
155 comments
Information
Dear reader, to leave comments on the publication, you must sign in.