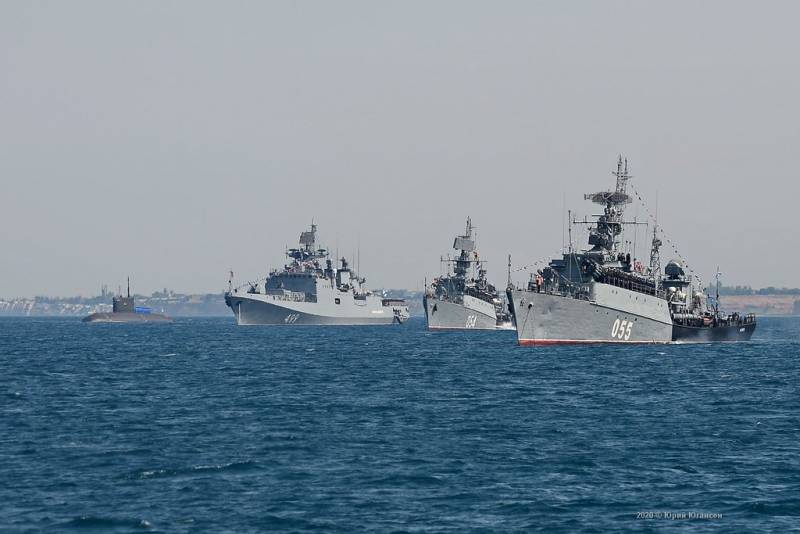 Our friend from the other side of the world, Sebastian Roblin, wrote an interesting article, translated here: https://inosmi.ru/military/20210726/250191177.html. In his work, he analyzed in detail five types of Russian ships that "can control the Black Sea." In his opinion.

Roblin's article turned out to be very objective, as always, however. But she immediately made her name think about whether our ships will really be able to control the entire Black Sea if necessary?

Therefore, I will make a small selection from Robley's article. So, "What are we rich with" on the Black Sea, if necessary?

Plus ground infrastructure from anti-ship missile launchers, aviation, tactical missiles and ships, plus some support for the ships of the Caspian flotilla, which can "reach" with "Calibers" to targets in the Black Sea easily and naturally.

What will be against us in the event of a demonstration of forces with the subsequent disgrace with NATO forces?

We will not take into account the obligatory appearance on the stage of the USA and Great Britain, perhaps even the coming of Italy and France (they like to be on dancers), consider what is at the very first moment.

If we consider a hypothetical local conflict in the Black Sea (it does not matter for what reason), then these three countries will get involved in it in the first place.

I don't think it's worth explaining that Bulgaria, no matter what the adherents of friendship between our two countries say (I am like this, believing that the Russian and the Bulgarian are brothers), but the Bulgarians will shoot. Because "Russian brothers" is one thing, but Bulgaria and the oath to her is quite another. By the way, ours will do the same. They will press the buttons without really thinking about it.

How many years have we lived with the Georgians? More precisely, are they with us? And nothing, they went on a visit, they were sick for Tbilisi "Dynamo", they drank peaches and wine very sincerely, resorts again ... And in 2008, how was it? Yes, because of friendship they did not reach Tbilisi. Although they could.

When an order comes, all warm and fraternal relations somehow become a sideline.

This means that a NATO member country will fit into the common bazaar and will not go anywhere. Especially with a government like this.

So what is the shock of the Black Sea neighbors? 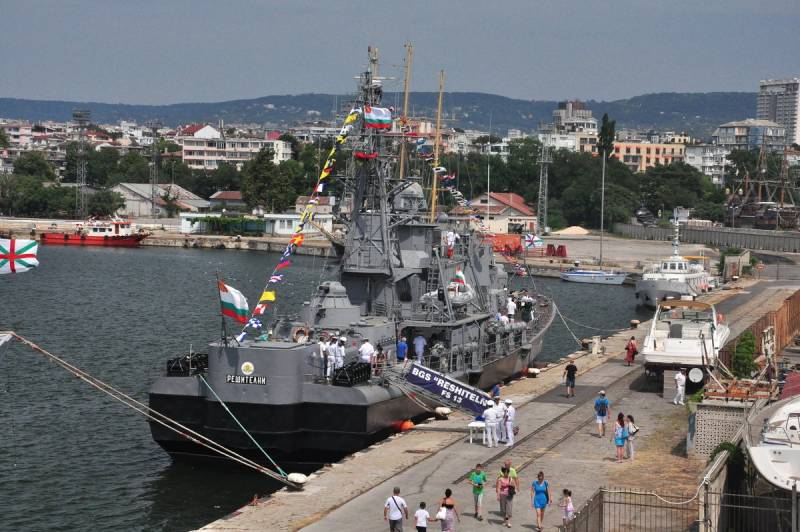 Three ancient Belgian Willingen-class frigates. Not even ancient - the oldest, for the construction of these ships began in 1976. And in 2005 Belgium sold three of the four ships to Bulgaria. The fourth was scrapped, which is significant overall.

These frigates are equipped with good, but old anti-ship missiles "Exoset". Considering that the missiles, most likely, are also not the latest modification, the combat value of these ships is negligible. 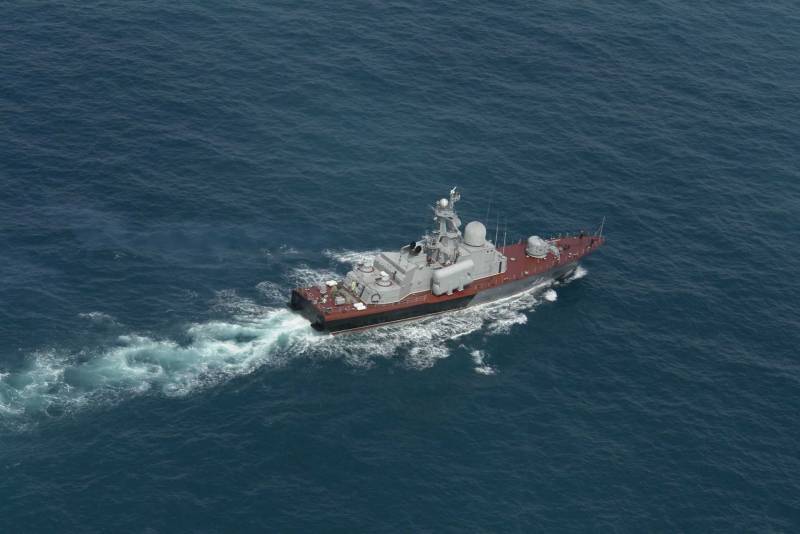 These boats were very good ... 50 years ago. Today it is somewhat doubtful.

That's all. Bulgaria no longer has attack ships. In general, it is very clever and convenient: it seems that there is a fleet, but there is no practical benefit from it. This means that you can not be substituted for any military operations in which losses may occur. But you can indicate your presence by firing several missiles from boats (if they reach the launch line). 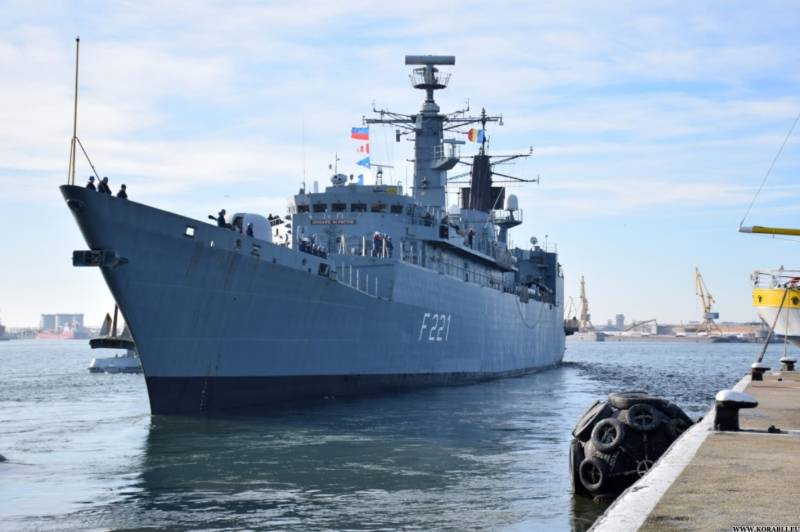 Source: korabli.eu
Also three frigates. Two British buildings of the 80s Type 22 "Brodsward", the third (more precisely, the first) - of its own construction. 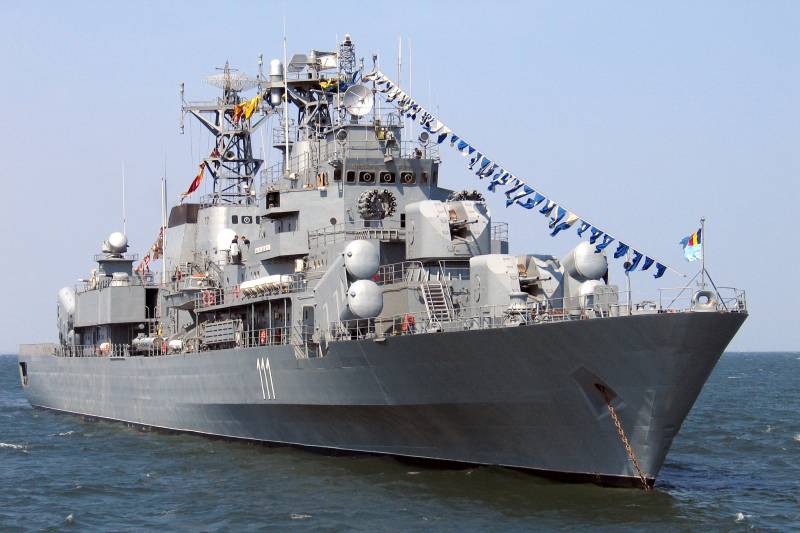 Source: korabley.net
"Maraseshti" was first a cruiser (in the 70s, when it was built), then a destroyer, eventually degraded to a frigate. A very strange ship.

These frigates are also armed with Exocets. With all the ensuing consequences.

There are four corvettes, but they do not carry strike weapons, they are purely anti-submarine ships. 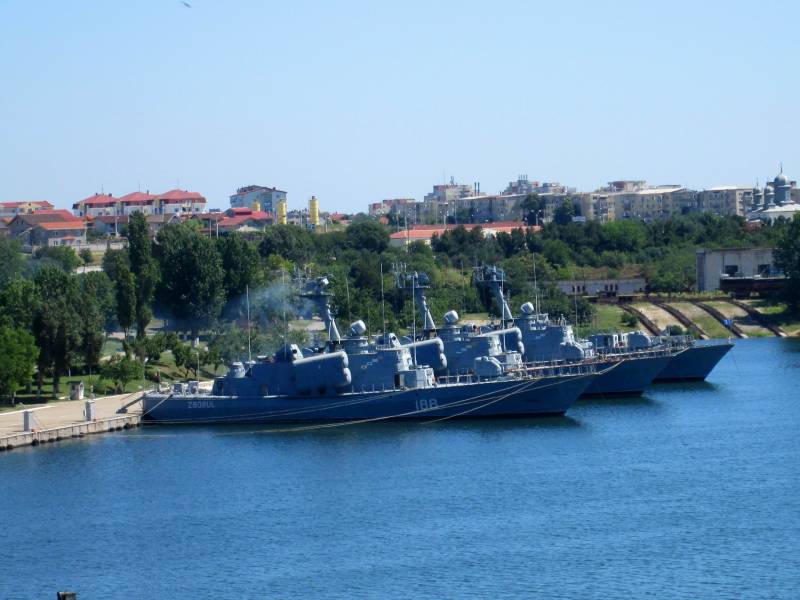 Theoretically, I repeat, these boats will be able to portray something like that. How realistic is this - the question. The P-15U "Termit" rockets were good half a century ago, but most likely they have simply gone rotten.

That's it, the Romanian Navy is slightly larger in composition, but about the same quality as that of Bulgaria. The combat value is questionable.


The only way you can use all this floating trash is as a diversion target, nothing more.

Here everything is serious. When a country has money, when a country has a developed industry, this is very serious. Today, the Turkish military fleet is ahead of the German Navy in terms of tonnage, for example. 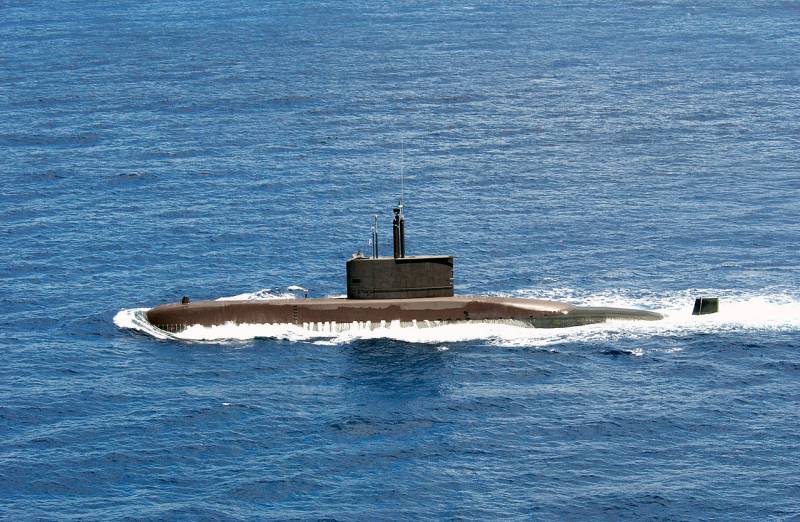 13 units. Five rather old boats of the "Atylai" project and four newer projects "Prevese" and "Gyur" each. The boats were built according to German designs and are very good warships. Although, in my opinion, they are weaker than the "Varshavyanka". 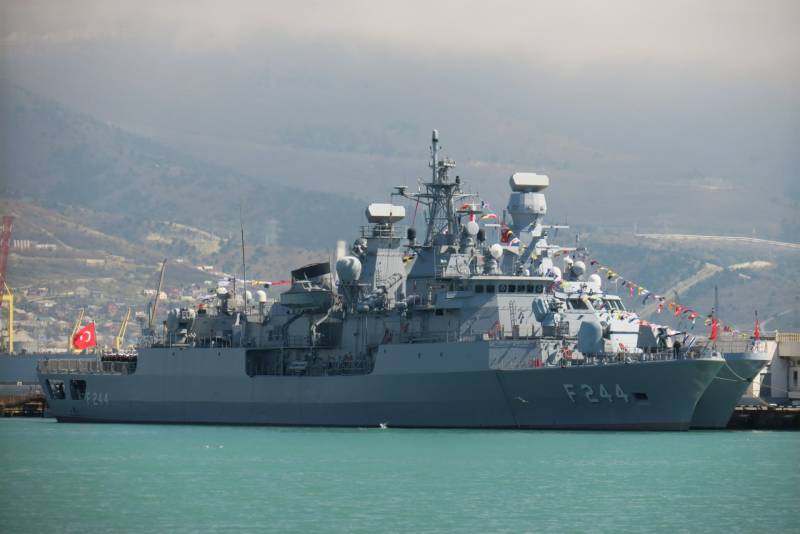 16 units. Half are German MEKO 200, half are American Oliver Perry. 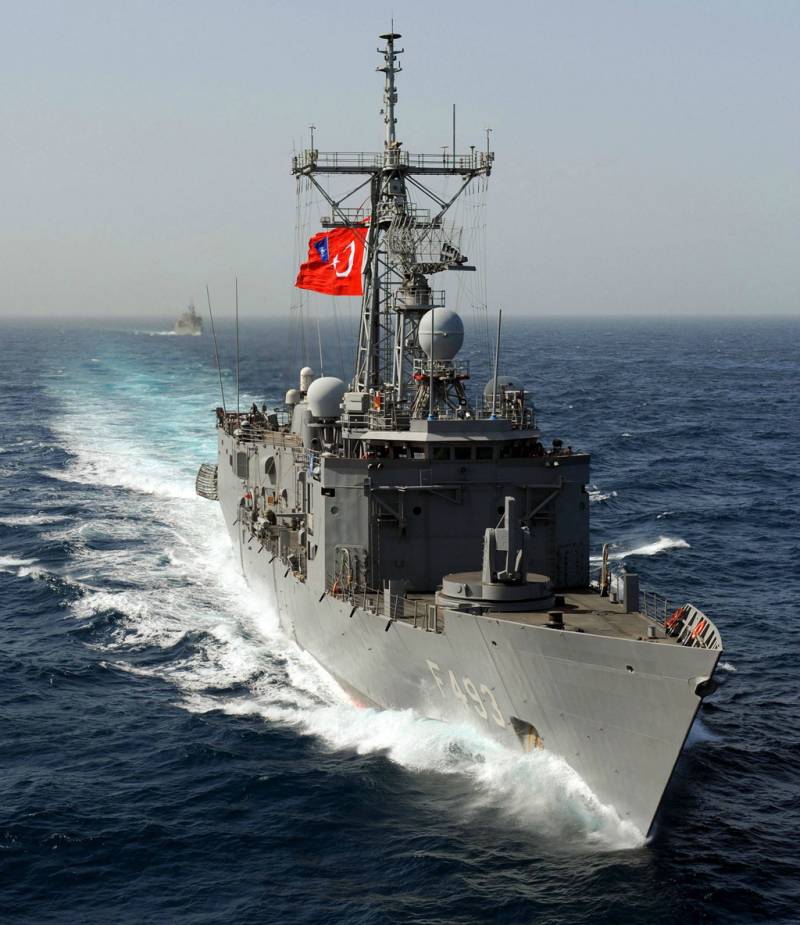 All frigates are armed with more modern anti-ship missiles "Harpoon" and represent a very decent striking force, since 96 "Harpoons" in one salvo is a lot.

10 units. 6 of them - French old "advice" A69 "D'Estienne d'Orves" built in the 70s. Armed with all the same "Exosets". 4 corvettes are Turkey's own construction according to a project developed in Ukraine. 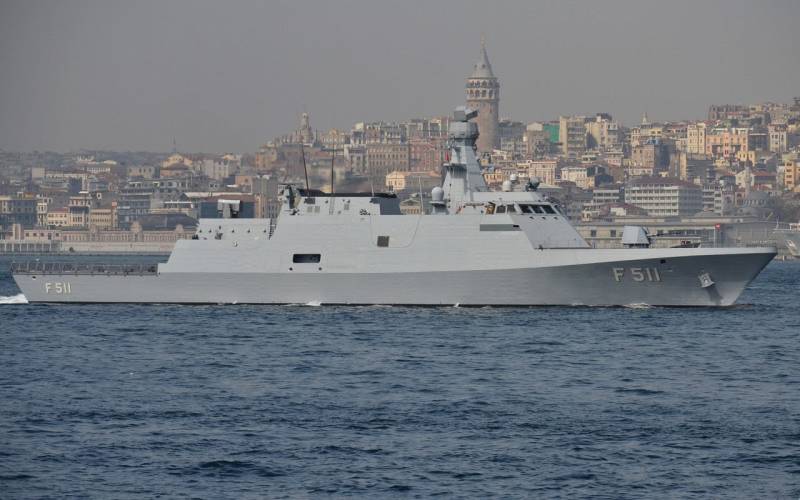 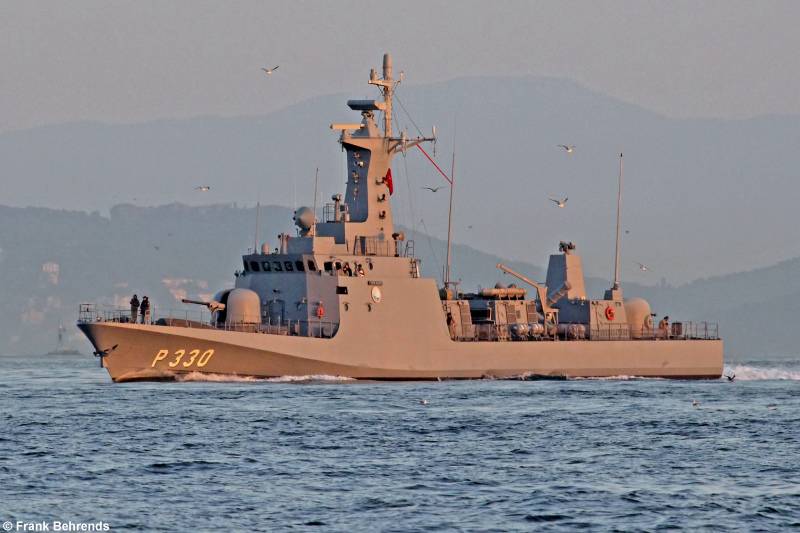 19 units. All boats were built according to German projects at different times. The most modern (Type Kilic - 9 units, FPB-57 - 6 units) carry 8 "Harpoons" each and are not inferior to corvettes in this regard.

Is this enough to neutralize the strike group of the Black Sea Fleet ships? More than. 25 missiles per surface ship is more than enough. Even for "Moscow". 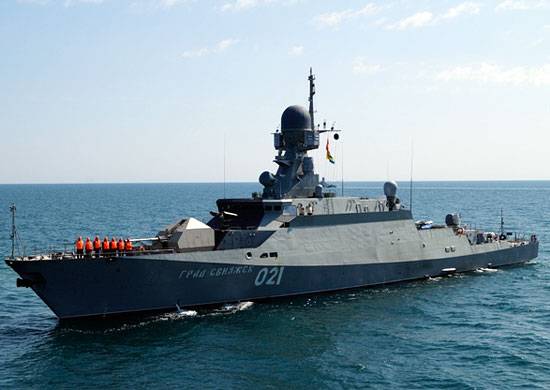 Of course, Bal-type coastal launchers are also more than serious. weapon... But not only we have missile systems capable of shooting through the entire Black Sea, but what Turkey has is more than enough to solve almost all combat missions in the region. If we add here another 260 F-16 units of various modifications, which, in principle, is comparable to the fleet of similar vehicles in the Russian Aerospace Forces, then the Turkish armed forces and navy are the most serious adversaries in the region. 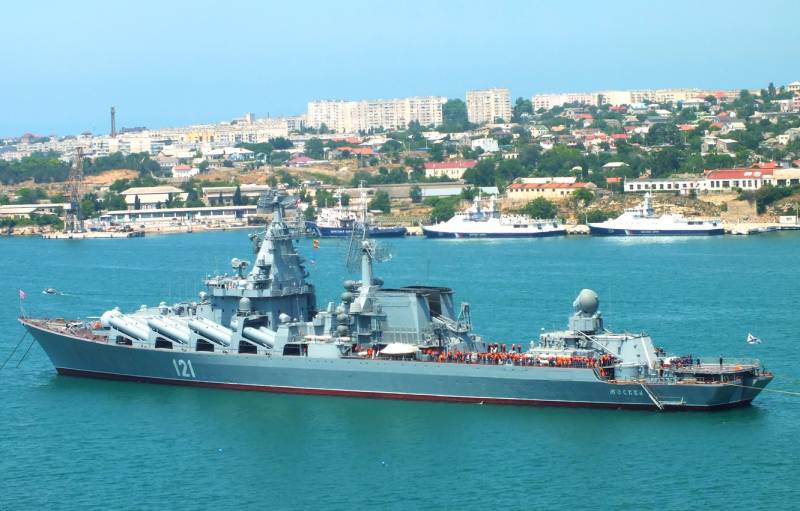 How it looks against the background of 352 Turkish "Harpoons" is a question. A question for the air defense and missile defense of ships. It is clear that the P-1000 Vulcan is a really fatal phenomenon for any ship. And how the S-300s will work against the "Harpoons" is also a very interesting moment. Most likely, the missiles of the S-300 complex will cope with the task of intercepting subsonic "Harpoons" quite normally. The only question is the number of both the first and the second.

In general, Roblin wrote a fairly objective article, showing the strengths of the Russian fleet. However, don't be too optimistic. If you look where a real threat can (and is) coming from, then, despite all the attempts to flirt with Turkey in the form of gas pipelines and anti-aircraft missile systems, tourist flows and tomatoes, it is worth remembering that this country is a full member of NATO. , which has the second largest army in the block in terms of quality and quantity.

Speaking in general about the capabilities of the NATO bloc countries, of course, Bulgaria, Romania, Greece, the remnants of the former Yugoslavia - they are not in a position to have a significant impact on events in the region. But it is enough for Turkey and the representatives of the United States and Great Britain, inevitably appearing behind the Turks, for the balance of power in the region to shift towards the NATO countries.

A strike group of 15 ships of the Black Sea Fleet, which, according to Roblin, is capable of controlling the Black Sea, may turn out to be incapable of actually doing this when organizing the proper counteraction by NATO countries.

And here it may be most effective to replenish the ranks of the Black Sea Fleet with submarines and missile ships capable of carrying the most advanced missile weapons on board. The case when quantity can yield to quality.