It all started with the "Beetle". The first UAVs

struck by wings and cut by the speed of movement,
passed by moving wings,
and after that there was no sign of passing through it.
Wisdom of Solomon 5:11

Alternative military equipment. It is hardly possible to find a person today who would not have heard of UAVs - unmanned aerial vehicles or, simply put, “robotic planes” or drones. But the question is: how long ago did they appear and are used in battles?

The erudites, of course, will immediately remember the German FAU-1 shells. but история drones are actually much older. But how much older and what were the first UAVs like?

An interesting question, besides, recently one of the VO readers really wanted to read the continuation of the material on the alternative history of armored vehicles. Well, with tanks that's all for now, but with regard to the development of the unmanned aviation, then there is also something to tell about. 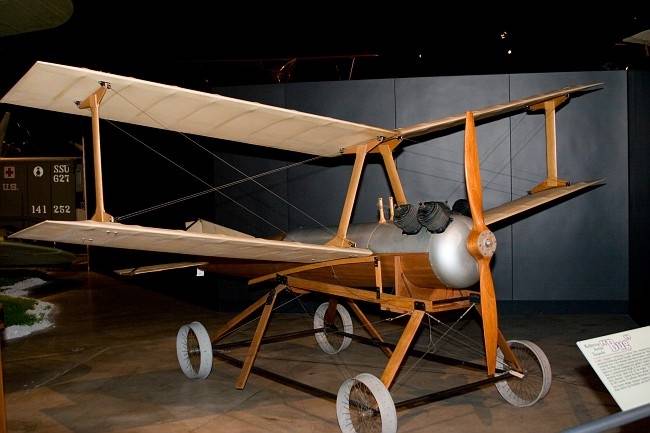 Four years before World War I

And it so happened that back in 1910, the American Elmer Ambrose Sperry, known for his participation in the creation of a gyrocompass, decided to develop an autopilot for aircraft. Already the first version of its device, for all its simplicity, quite allowed the then airplane to automatically keep the course and stabilize the roll. Further work made it possible to obtain an already fully automated robot aircraft, which could be controlled using radio signals.

As soon as German intelligence learned about these experiments, Siemens was immediately given the task to make an analogue of such an airplane. Moreover, if the Americans were just experimenting, then the Germans immediately relied on the new device, as a promising view weapons... The fact is that the English fleet was superior to the German one. It was not possible to achieve a quantitative superiority of Germany, so they relied on a completely new weapon. It was possible to create it within four years, and by the time the first Great War began, the production of robotic aircraft was already put on stream.

The device was called Fledermaus ("Bat"), it was an extremely simplified airplane with a pushing propeller, a 120 hp engine. with. and developed a speed of 200 km / h. In its bow there was an explosive charge weighing 100 kg, the effectiveness of which on armor was enhanced by the use of the Charles Monroe effect. That is, a funnel-shaped depression was arranged in it, which multiplied the energy of the explosion due to its cumulation. The aiming of this air torpedo at the target was carried out visually, for which a powerful arc lamp was installed on it, the light of which was clearly visible even at a distance of several kilometers.

As you know, the war began on the "Japanese model" with an unexpected strike by German air torpedoes on the English the fleetstationed at its base in Scapa Flow. From specially built ships, one after another, these torpedoes rose into the air and went to the target, where they were already manually pointed at the ships below by operators from the two-seater Taube airplanes. Success has been guaranteed through numerous trainings.

Several hundred vehicles were destroyed during the exercise when they rammed life-size models of British ships made of plywood, but now there were almost no misses. No armor helped, so the British fleet immediately suffered serious losses and virtually lost its combat capability.

Attacks on London and Paris

Then robotic planes rained down on Paris and London.

Well, the technical solution that ensured their targeting was elementary. A pair of radio stations in the rear, at a considerable distance from the apparatus, took radio signals from it. The radio beacon on board worked constantly, and the moving arrow of the altimeter sequentially closed the contacts, changing the frequency of its signal and informing ground operators about the flight altitude.

Knowing the altitude and speed, the operators calculated the location of Fledermaus and in this way pointed it to major cities. Moreover, due to its small size, manned fighters could not intercept it. The anti-aircraft gunners were also powerless at night, despite all their searchlights, for the same reason.

And although the fighting on land soon acquired a positional character, and the German troops stopped, the losses among civilians in England and France grew day by day.

Russia, being an ally of England and France, was the first country that managed to punish Germany for her treachery.

Thanks to an established intelligence network, Russian agents were able to steal Fledermaus blueprints and very quickly create an analogue. Since it did not have light airplanes capable of flying to Berlin, the four-engined Ilya Muromets planes, the five-engined Pyatiglav planes and the eight-engined Serpent Gorynych were converted into robotic planes.

Bombs weighing 400, 500 and 1000 kg, respectively, were suspended on them, after which they attacked German cities at night. The probable circular deviation was very large and amounted to 2–3 km, but even this turned out to be enough for this densely built up and densely populated country.

Now the people of Germany had the opportunity to experience all the delights of such a "robotic" war, and they did not like it very, very much. 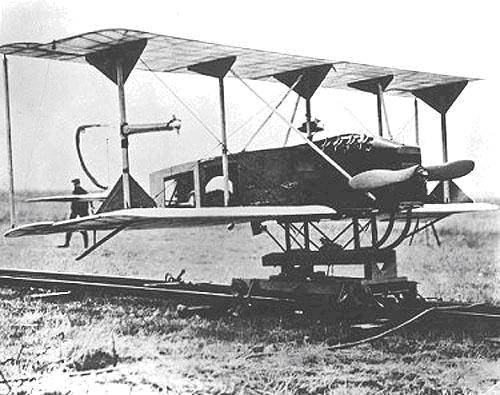 As soon as the war began, Sperry managed to attract the attention of the fleet to his work.

And when they heard about unmanned "winged torpedoes" in the army, they immediately launched an alternative development of the inventor Charles Kettering.

His Kettering Bug was originally designed as an unmanned vehicle, and therefore was extremely simple and compact. With a $ 40 engine of 40 hp. with. and a weight of 240 kg, the vehicle's speed reached 80 km / h, and the flight range was 120 km. The design was in the spirit of the day: some plywood, some papier-mâché, reinforced cardboard wings.

The first flight of the device, the development of which began in 1915, took place a year later. The autopilot calculated the distance traveled based on the number of turns of the propeller. There was no chassis on it, so the "flying bomb" was launched from an accelerated rail cart. Well, the projectile itself was arranged as follows: with a glider weight of 240 kg, the bomb in the fuselage weighed 82 kg; over the point that the autopilot considered an enemy city, the central part of the plane fell to the ground.

The probable circular deviation was even greater than that of the Russian airplanes. But the American military was going to use the machine for strikes on German cities, and they did not need special accuracy.

Having landed in France in 1917, they began by launching several thousand Kettering Bugs across Germany at once, which led to massive civilian casualties. Of course, a bomb of 82 kg is not much, but when the number of such bombs goes to the thousands, the effect of their use becomes tangible.

Bombs fell on factories and city squares, exploded in docks and parks, struck houses and palaces, and it was impossible to escape from them. 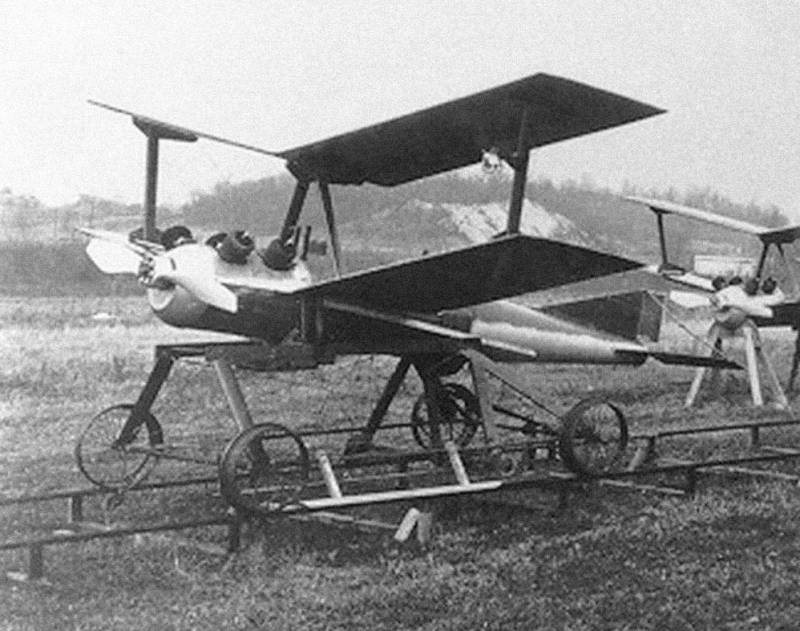 The main thing that hindered the creation of an effective unmanned aerial vehicle is the lack of the ability to visually observe the target from the aircraft.

We worked on the problem. And in July 1917, such a device, called a TV set, was created simultaneously in Russia and the United States. Despite the fact that the design of the device was rather primitive, and it itself turned out to be cumbersome, with its help it was possible to obtain a sufficiently contrasting picture of the view of the terrain over which the unmanned airplane flew.

Now it is much easier to aim "flying bombs" at the target. Thus, one of the Russian "Pyatiglavs" struck the imperial palace, where Kaiser Wilhelm and a number of ministers who were with him at that time perished. All this, as well as the colossal daily sacrifices and destruction, led Germany to surrender in the summer of 1918. 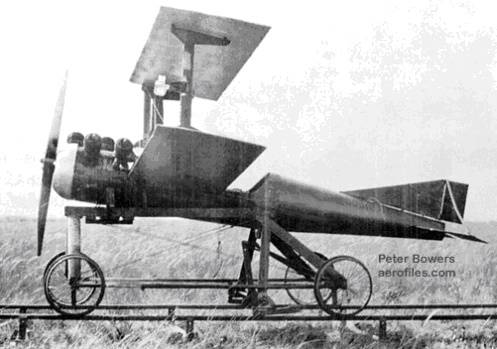 UAV Kettering at the start

However, the pacification of Germany never happened.

Although she paid huge reparations to the victorious countries, her military power was never completely broken. And, as before, its new military doctrine presupposed a preemptive strike against the enemy using the same robotic planes.

Work began to improve television guidance systems and jet engines capable of dramatically increasing the speed of "winged torpedoes". Only now, the count of new UAVs was in the tens of thousands, and they were supposed to be used not only against cities, but also against individual targets on the battlefield.

The "robot-blitz" war - this was what the German military was now betting on, passionately dreaming of revenge for the defeat in 1918. And again, as in the past, after waiting for a favorable political situation, the German government unleashed the second Great War in June 1939.

Warsaw, Paris, London, Riga and St. Petersburg were subjected to massive bombardment by jet projectiles, where numerous military and civilian objects were destroyed. 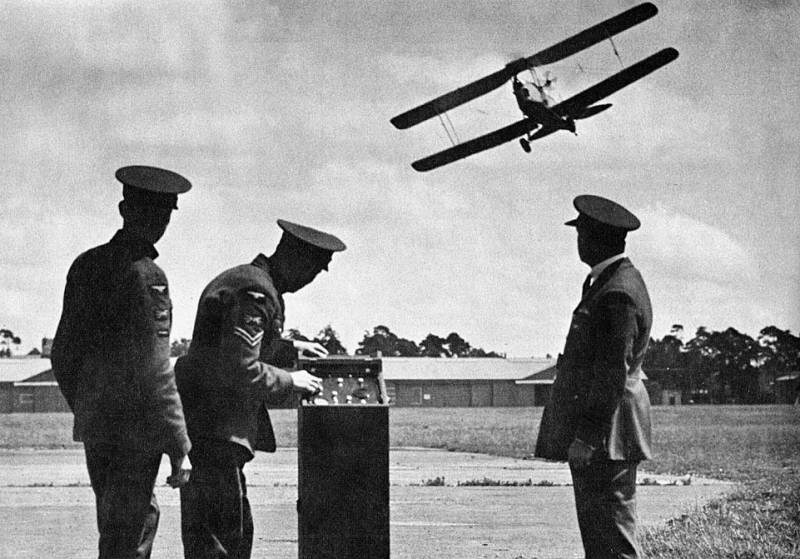 UAV control by radio
However, the experience of the first Great War did not go to waste.

And in response, equally deadly shells were fired across Germany, and even in greater numbers. The offensive of the German troops on the land front was stopped by air strikes against warehouses, communication lines and headquarters.

The war ended in a matter of months, but even today, so many years after its end, the threat of another military conflict in Europe with the participation of remotely controlled robotic aircraft is not completely excluded.