6 September 2012
111
Today, as is known, the Russian Federation is in such a military-political alliance as the CSTO. In addition to our country, the Collective Security Treaty Organization includes such countries as Belarus, Kazakhstan, Kyrgyzstan, Tajikistan and Armenia. Uzbekistan last summer decided to suspend its membership in the CSTO. And the suspension of Uzbekistan’s membership is far from being one of a kind. At one time, the entrances, exits and suspensions of membership already took place. 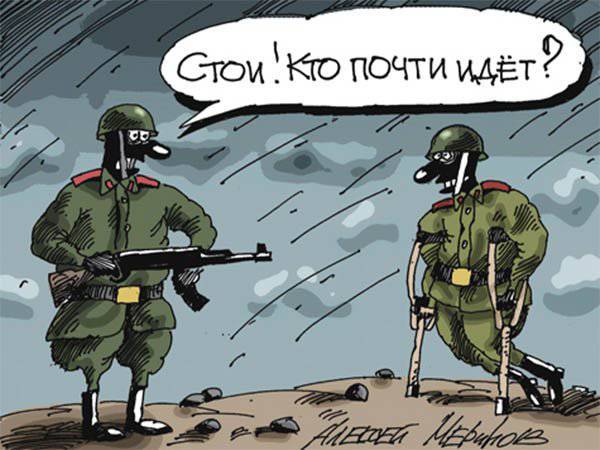 A whole series of Russian political scientists today are wondering whether the CSTO is a truly efficient and effective organization, and whether it is really a single military-political bloc. Such a question arose not only due to the fact that the heads of some countries allow themselves to quite quickly manipulate the possibilities of “to be or not to be” as part of the CSTO, but also due to the financial component of the issue, as well as what is called the real combat potential of the organization.
If we talk about the budget of the Collective Security Treaty Organization, it is about 160 million rubles. The sum seems to be not the most impressive for the military-political bloc ...

50% of this amount - the money of Russia, and the remaining 50% in equal proportions are divided between other participating countries. Without considering Uzbekistan having suspended membership in the CSTO, it can be concluded that the rest of the countries contribute to the budget for 16 million rubles. However, many members of the organization are trying to use these funds in a very peculiar way. The meaning of this method is approximately the following: we give our 16 millions to the common pod, and you can figure it out with our security. In other words, if you please, spin as you wish, but we want to be protected ... The position is very simple. And if we take into account that, for example, the same Kyrgyzstan, in addition to contributions in the form of a specified amount, does not actually take any productive actions within the framework of the CSTO, then the position in general becomes like a frankly opportunistic one. The Tajik authorities often manage, being within the framework of the CSTO, to openly wag their tails towards other military-political alliances, using such a provision for political bargaining and obtaining additional guarantees and preferences from the Russian Federation. And the economic disagreements that sometimes arise between the CSTO member states, strangely, are grounds for demarches or frowning of eyebrows on the part of certain politicians who boycott the organization’s summits and decisions made on them.
In this regard, the question arises even more acutely: does Russia need today such an organization as the CSTO? Isn't the CSTO merely an attempt to consolidate the countries that were once part of one big state?

All those countries that today are part of the CSTO, despite their apparent unpredictability, are in fact much closer to each other in spirit than, for example, Greece and Turkey or Poland and Germany, which are members of the North Atlantic Alliance. The states of the CSTO are united not only by the slippery rules on military mutual aid, but also by a practically common social field, which, although it has been dubbed in recent years, has nevertheless been able to preserve its foundations. If we talk about external disunity, it is more connected with the activities of top leaders who come and go, but the common interests of the peoples remain.

The problem here lies, rather, in the fact that the CSTO does not have a clearly defined strategic goal. If this goal is readiness in a difficult situation to support countries that are in a difficult military-political situation, then such readiness is now more declared than fulfilled. In some cases, it is completely incomprehensible how the member countries of the organization are going to behave if one of the states turns out to be involved in a military conflict with a state that is not a member of the CSTO. Such a question was clearly manifested in 2008, when Georgian troops calmly shot Russian peacekeepers in South Ossetia. At the same time, the position of the member countries of the Collective Security Treaty Organization was more than neutral, and even aimed at the clear support of the Georgian authorities ...

Today, an extremely nervous situation is observed around relations between Armenia and Azerbaijan. If we admit the fact that, God forbid, blood will be shed again in the region, then the CSTO countries should, by definition, support Armenia. But will such support lead to the extinction of the conflict? Obviously not. And it is also obvious that such a conflict, certain forces that are already completely in other countries, will be subject to excessive cultivation in order to achieve their political goals and put the situation in a convenient form ...

If we talk about the development of material and technical base, then it is completely unclear why many strategically important objects, which are designated as components of the cooperation of the CSTO countries, are more like abandoned grounds that are unlikely to make an impression on a potential enemy. It is very difficult to say whether financing from the budget goes there or it works in the interests of a narrow circle of people.

It turns out that the CSTO seems to be there, and the community of countries here is practically at the genetic level, but with an understanding of the purpose of this organization, even among its members, not everything is in order. Someone openly sits in the CSTO, someone is ready to sign any papers in order to create the appearance of the organization’s work, and someone “enters and exits,” proceeding from the foot from which he himself and his political partners got up ...

The most amazing thing is that today the CSTO disease is also characteristic of NATO. There, the leitmotif of the organization’s effectiveness has long been lost. Today, the main and obscure goal of the North Atlantic alliance is mindless expansion and unconditional support of a key player.

I would like to hope that the CSTO will take a more constructive path.