Instead of warming - the ice age. How the Western elite prepares for themselves a future comfortable life 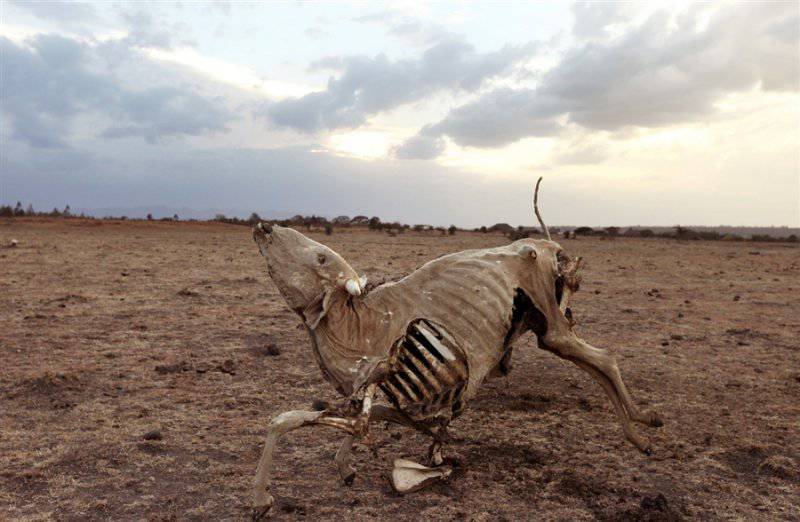 Over the past fifty years, mankind has been actively preparing for the fact that the temperature will gradually grow under the influence of the greenhouse effect. Moreover, in 1995, global warming was recognized as a scientifically proven fact.

Meanwhile, scientists are now arguing that instead of widely publicized global warming, humanity is waiting for a new ice age, and in the very near future. And changes in climate have already begun. But the world political elite does not want to be left without food and heat, and therefore took measures to prepare for a climate catastrophe. World politics, despite external signs of chaos, is in fact carefully disguised and thought out. But this is hidden from the majority of the population through arguments about democracy, human rights, which are conducted by leaders of many states. In reality, there is a certain group of people who are engaged in the arrangement of the planet for the “chosen ones” after a sharp cold snap occurs on Earth.

As for the deterioration of climatic conditions, according to climatologists, it will come around the world, and in the near future. The reason for it was that the Gulf Stream (warm current) began to cool, and the accident on the oil platform in the Gulf of Mexico accelerated this process. Already, in this region, droughts and hurricanes, and sometimes showers and cold, are increasingly occurring. For the United States, the cooling of the Gulf Stream will translate into a continental climate transition. The most fertile territories will begin to turn into deserts; in the northern regions even a certain development of permafrost is possible. This will cause a decrease in yields, because by and large the Americans have always had high yields, not because they were known as great farmers, but only because the mild climate contributes to the development of agriculture. But the deterioration of climatic conditions will result in spring frosts, droughts, dry winds - in all that constantly faced by the Russian peasants.

Already 2012 year has become a very difficult time for global agriculture. The drought, which has become a real disaster for the United States, coincided in time with the unfavorable climatic situation in other regions - Australia, India, Brazil and the CIS countries. Low yields led to the fact that grain prices on the world market rose to record levels, becoming the prerequisite for a new world food inflation.

Of course, there have been lean years before, but this year climatic cataclysms became more frequent. Together with the growth of population in developing countries, speculative play in the market and protective measures of states, all these climate changes may mean that a very difficult period begins in the global agro-food sector, which will have a negative impact not only on producers, but also on consumers.

The drought that swept the American Midwest was the strongest over the past half century, and not only led to crop losses, but also caused the ruin of small agricultural producers. Despite the fact that in August rains fell in some places, this could not change the situation. Moreover, it is predicted that such arid weather will last until the end of autumn.

Of course, the political forces, earning themselves points on the eve of the elections (they should be held in November), could not bypass the problems in the agricultural sector. Head of State Barack Obama instructed his administration to take a series of emergency measures to support agricultural producers. So, in particular, it was decided to purchase fish and meat in the amount of 170 million dollars, which, according to politicians, should raise prices for livestock, and thus, to some extent compensate for the cost of feed. At the same time, government procurement will be aimed at supporting food federal programs. It was also announced the issuance of emergency concessional loans to farmers who suffered losses from an unfavorable climate. But, according to the farmers themselves, all the measures taken practically do not solve the problem.

As for Europe, it is already possible to observe abnormally cold winters in Europe. In Germany, for two months, the snow cover was 10 centimeters high, and the night frosts reached the mark - 20 degrees. In England - the biggest frosts of the last century, as a result of which the work of airports was blocked. In Russia - winter ice rain.

Accordingly, the deterioration of climatic conditions and a much smaller amount of food due to the desertification of fertile land will result in, for example, an increase in food expenditures in the USA, by about 4 thousands of dollars per person per year. To all this, huge amounts of money (of the order of 15-20 trillions of dollars) are needed to adapt the infrastructure to the new conditions, plus several trillions to support this infrastructure in the winter.

Of course, you can take the path of least resistance and release a new batch of bills, but the situation will not change much. After all, if yields in America and the territory of Western Europe fall, you will have to look for food somewhere. And if the States now annually export up to 150 million tons of grain annually, then in the new conditions they themselves will have to buy it somewhere. But the problem is that there is no place to buy it, because even now about a billion people on the planet suffer from hunger.

Therefore, preparation for a climatic cataclysm is in full swing, and here it is not complete without distracting maneuvers. So, for example, in all international gas scandals appear Russia, Ukraine and the European Union. It was their disassembly that supposedly caused the construction of new alternative gas pipelines. But since not only ordinary people are not dedicated to the essence of what is happening, but also the heads of most European states, it is not surprising that they are trying with all their might to resist the Russian “energy expansion”.

But people who know sure are completely different. According to German ex-chancellor Gerhard Schroeder, by 2015, Europe’s natural gas consumption will grow by 200 billion cubic meters, and thus will be 700 billion. The explanation for this increase is simple - nobody wants to freeze.

As noted above, cooling will cause major problems in agriculture in Europe and America. And then the question arises, where to buy grain? And the answer is obvious - where there is currently a desert, in the near future there will be fertile lands washed by a sufficient amount of rain, that is, in Africa.

And very soon we can expect that the African continent will be colonized again. One of the best examples of this can be Libya. Officially, the reason for the start of the war in the country is the fight against extremist forces, although in reality there was a struggle for oil. Here are just a few examples. During the reign of Gaddafi, only China invested in the oil refining industry in Libya about 11 billion dollars, of which 10 billion was planned to be spent on the construction of various structures. The Russian government has invested 5 billions of dollars in the Libyan rail network, and besides, was the main supplier weapons. But when a regime change took place in the country, both Russia and China lost all their investments. It is easy to guess who it was all on hand. Here there is nothing to think about - the main competitor of these two states - the United States of America. And the American officials themselves, in particular Paul Craig, said that the war in Libya was unleashed by America in order to throw out the Russians and the Chinese from there. Another reason for the war is Gadhafi’s refusal to join a military organization called the Unified Command of Africa, which is under US control. Gaddafi called the organization an attempt to buy the entire African continent.

Libya is not the only example. For many years a bloody war has been fought in Sudan. According to the statements of Western publications, there was a struggle between the Christian world and the Muslim one. Strange, because for many centuries they lived peacefully, and then suddenly decided that they needed to make war ...

And in fact, the situation is a little different. China, which is marked by rapid development in all areas, has leased a couple of millions of hectares of agricultural land from Sudan. And when America decided to purchase land in Sudan, it turned out that China turned out to be faster. But the Americans were not accustomed to retreat, and therefore went to the organization of a religious war. A referendum was held in Sudan, where two states were created - Christian Sudan and Muslim. All treaties that the Sudanese government had previously concluded with China have lost their legal force.

And then there is the island of Madagascar, where a revolution took place in 2009, which aimed to shift the regime that existed at that time. According to the statements of the same Western publications, the people, at last, saw the light and decided to change their lives for the better. It is quite difficult to imagine how an illiterate, semi-pagan population decided how to overthrow a dictator. And everything turned out to be much easier. The head of state leased South Korea a large half of the agricultural land for a period of 99 years, which also could not suit the Western elite.

After this revolution, almost all of North Africa and the Middle East broke out — Libya, Tunisia, Egypt, Morocco, Bahrain, Yemen — all suddenly decided to live democratically.

Who is the organizer of all these revolutions - it is clear, it is not even necessary to hint. And the thing is that very soon a fertile climate will be formed in these regions, with a sufficient amount of moisture and sun. But the governments of the North African and Middle Eastern states do not want to sell land, so they must be replaced with new, more compliant ones.

In addition to the seizure of land, America has another "noble" goal - the weakening of European states, in particular, Germany. Therefore, hundreds of thousands of refugees, created by the Americans themselves as a result of wars, are sent there. It is necessary to weaken the position of the euro to prolong the life of the dollar. Not bad test and new weapons in Libya.

The American government is well aware that the distribution of political and economic forces in the world will depend on whoever takes over Africa, so it will stop at nothing to achieve and defend its goals.