Rake from "Armata" by Checkmate? 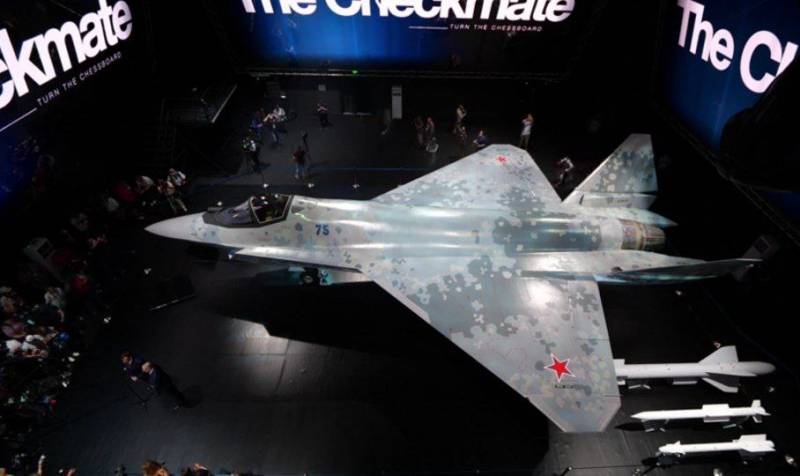 So, the Americans were right: it's a layout after all. Which, as we are promised, should fly in 2023. But we will look and talk about it in 2023. It is clear for now: a mock-up that will not fly in the near future, because this is clearly associated with certain problems.

What can you say about the prototype in the light of the joyful statements of experts and analysts?

The first is a single engine aircraft. This in itself is good, since it indicates that developments are underway in the bowels of the Sukhoi Design Bureau, calculations are underway, and new equipment is being created. This is bravo and applause to the employees of the Sukhoi Design Bureau, personally I think that this is the most joyful information from everything that was dumped into the news media.

The rest is already less happy, because all these "as believed", "possibly", "maybe", "probably" and so on in an indefinite declension - all this should be considered after the model / prototype finally turns into an airplane and comes off from the earth. Until this moment, I'm sorry - bravura fortune telling on the coffee grounds.

I agree that today we have no equal in this. Mr. Rogozin is about to fly to Saturn to the accompaniment of his songs in a reusable spacecraft assembled in lunar orbit. In words. But in fact, so far, apart from working as minibusters on the Earth-ISS line, he cannot offer anything else.

But back to the topic, that is, to the prototype, which has so far been called Checkmate. Later, of course, we will see who is in check and who is checkmated, everything has its time.

So what do we have from the promises and announcements?

1. The aircraft will belong to the fifth generation.

This is quite normal, who, excuse me, needs a fourth today, the other one has it. And the world market for fourth-generation military aircraft is, to put it mildly, overridden. And there, including the Russian planes of the same Sukhoi Design Bureau, feel quite confident.

2. The machine can become the world leader in price / performance ratio due to its modular design.

It's a question of time. This is worth talking about in 2025, when the plane is really ready to enter the market.

3. Checkmate is expected to be in demand from overseas buyers. In the next 15 years, it is planned to release 300 fighters. The cost of the novelty will be $ 25-30 million.

Plans are good when you have something to plan. That is, see paragraph 2. The price of military equipment is lower than that of American and European manufacturers with a minimum quality of "not worse" - this is a "trick" of Russian manufacturers. That is why our equipment has always been used and will be in demand among those countries who want good equipment, but are tense with money.

And the price of $ 30 million is quite hefty.

4. Russian analysts expect that this machine will be able to compete with the F-35.

Serious claim to win. The current cost of the F-35 is about $ 80 million. The price of $ 30 million is yes, it can move the 35th aside. Unless we forget that the F-35 has short or vertical takeoff and landing capabilities.

In addition, speaking about the market, do not forget that they will not completely coincide with airplanes. Those who cannot afford Checkmate will buy the F-35. All sorts of Italy, Japan, Norway and so on. Those who will not be allowed to buy a Russian plane. And there are many of them.

As for the rest ... Well, let's just say: given the speed at which the US produces F-35s (to date, more than 665 units have been manufactured, at the time of the start of Checkmate sales some potential buyers can really remain. There are countries focused on Russian technology , which is given on credit, and the loan can be forgiven later.

So there is no doubt that the market for Checkmate, if it really costs $ 30 million, is quite possible. 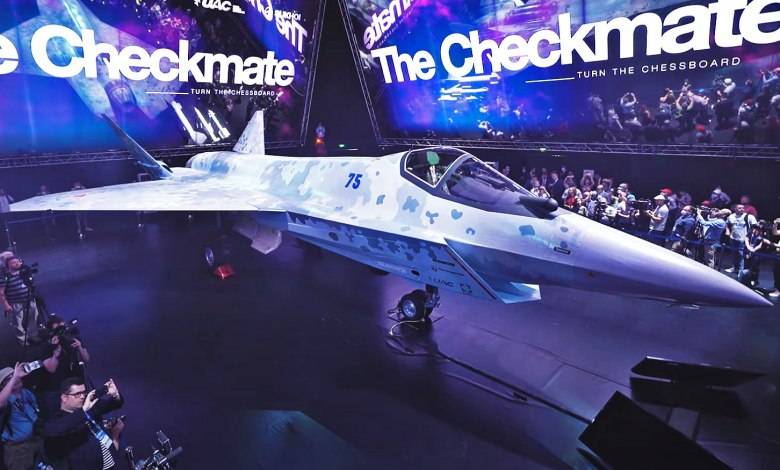 “The idea was born from the economy. In our opinion, there are a lot of single-engine aircraft on the market now ... But there is no fifth-generation single-engine aircraft at an acceptable, economically reasonable price that would be within the power of most customers of military multifunctional aircraft, "said Yuri, General Director of the United Aircraft Corporation (UAC). Slussar.

Logical and reasonable. If there is a demand, it must be satisfied. Indeed, single-engine aircraft, albeit less reliable and tenacious, but more economical and cheaper (the dream of those with small budgets) are now represented by very old models. Let, of course, undergoing modernization, but still: the F-16, which began in 1975, and the Saab JAS 39 "Gripen", which was born in 1997.

A new fighter of the fifth generation with all that it implies, and for the price of the F-16D Block 52 is a good offer. Especially for those who have a choice in such a situation which plane to take - Russian or American.

If not one small "but" that can kill the idea in the bud.

And to kill her, leaving the plane without buyers, is very simple: you cannot buy it yourself. As it was with the most unique and "not having" a tank "Armata" and the same Su-57 aircraft.

Actually, this is the main inconvenient question. Why did it happen?

Let's remember how it was.

The hype that was organized around "Armata" could be compared, perhaps, with the amendments to the Constitution. Everything that could tell what a unique, powerful, stunning and invulnerable tank it was. Even irons and coffee makers.

In the "ARMY-2016" insert, the tank was shown only to foreign delegations in secrecy. They did not admit their own to the shows. As far as I understand, we were looking forward to the orders. 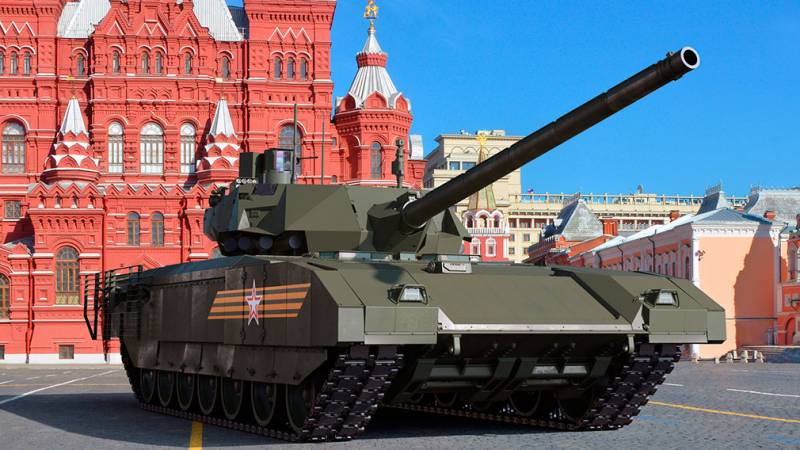 And there was a complete zilch. There were no orders. Foreign potential buyers looked, thought, asked questions. And they watched, first of all, how many T-14s the Russian army would order.

And then strange movements began. We ordered ... 20 tanks. This is not a quantity, you must agree. This is for the parade and nothing more. Potential customers did not like this.

And when, in February 2020, the yearbook The Military Balance wrote that the planned deliveries of a significant amount of T-14 had not begun and by the end of 2019 not a single T-14 had entered service, the issue was in fact removed from the agenda. Especially. That total modernization of the T-72B3 and T-80BVM began in Russia.

A strange position from the point of view of foreigners: we have the best tank, "unparalleled in the world", buy it! And we are after you, we have these tanks ...

In general, instead of "having no analogues in the world", the T-14 "Armata" became "without orders in the world." 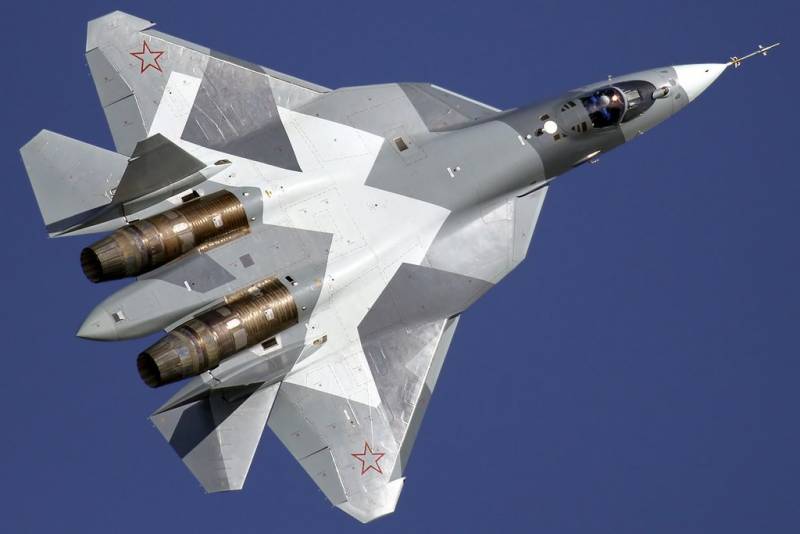 Roughly the same: they were offered to everyone, no one reacted. Here, of course, the Indians, who came out of the joint project of the fifth generation fighter FGFA, were very bad at it, and even with criticism.

But foreign observers and experts in general highly appreciated the aircraft, noting its positive aspects, especially the electronic stuffing and weapons. But the absence of "that very" engine actually put an end to the plane. To use the plane, which is proposed as the fifth generation with an engine from the previous one, is somehow not very good.

The cost is 35 million dollars - but this is also the Su-35, which is known, tested and verified. And the Su-30MKI, which is in demand and respected.

And most importantly - where is the Su-57 in the Russian Air Force?

But no. And the excuses sounded approximately in the style of "Armata". We wrote about this, which looked strange. The Su-57 is offered for export, but we will not buy ourselves, because we have the Su-35, which is no worse.

How do the Americans work in this case? It's simple. We look at the statistics for the F-35.
United States Air Force: 231 aircraft.
Marine Corps: 106 aircraft.
US Navy: 30 aircraft. 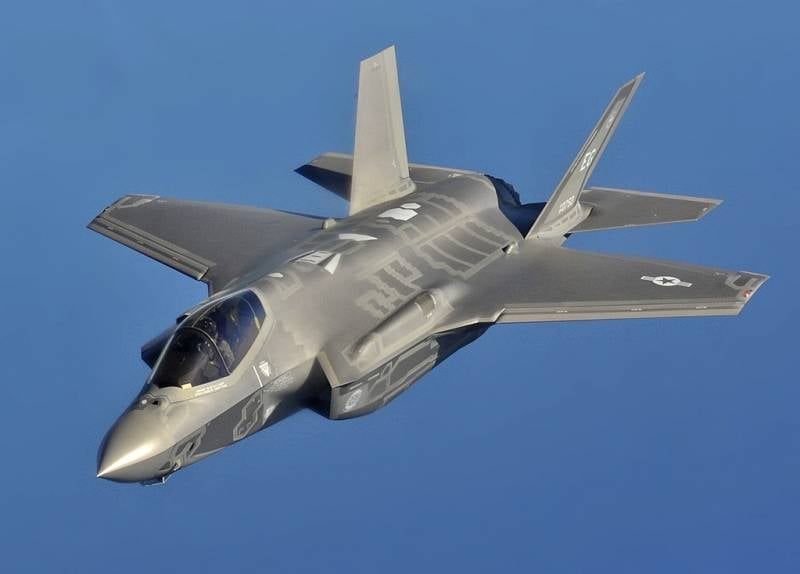 Total: US military structures have ordered and received at the moment 367 aircraft. And they are actively trying to exploit them. Is this a normal advertisement or not? I think quite.

How many F-35s have the United States sold to other countries? 166 for today, and about 180 more have been ordered.

Good or bad Lightning 2 is not so important. It is important that the process is well established. With the ancient, but modernized F-16, everything is about the same. They exploit it themselves and sell it to everyone who has no money for the 35th. It's simple. But the main thing is that they exploit themselves.

In the case of Checkmate, everything can turn out in exactly the same way: an aircraft that is not operated by the manufacturing country may again not interest anyone. It generally looks dubious. “Buy the newest and awesome plane from us! True, we do not really need it ourselves, it is expensive and all that, and most importantly, we have it just as well ”- well, this is a very dubious marketing.

And the main stumbling block for this Checkmate is the engine. The aircraft, which is positioned as the fifth generation, with the fourth engine is also so-so. Yes, AL-41F1 is a very good engine. But in order to really move the F-35 with a marketing program like that of the United States, something more interesting for the buyer is needed.

And all this can only be confirmed by practice. That is, by flights.

“It combines innovative solutions and technologies, including artificial intelligence support for the pilot, as well as proven solutions that have already been proven in practice. The fighter has low visibility and high flight performance ”.

This is taken from the Rostec website. I wonder where the Rostekhov specialists got the information about LTH? Estimated? Okay, but again, calculations - calculations, but until it flies - these are nothing more than words.

We know how ... In general, let's see how events will unfold. And when there will be a real engine for this plane. It is clear that the same AL-41F1 will work "temporarily", without options.

But if in our structures they really want to sell real fifth-generation aircraft for real money, these should really be real planes.

And yet you shouldn't forget about yourself. Otherwise, this Checkmate can easily repeat the path of the T-14 "Armata" and the Su-57.