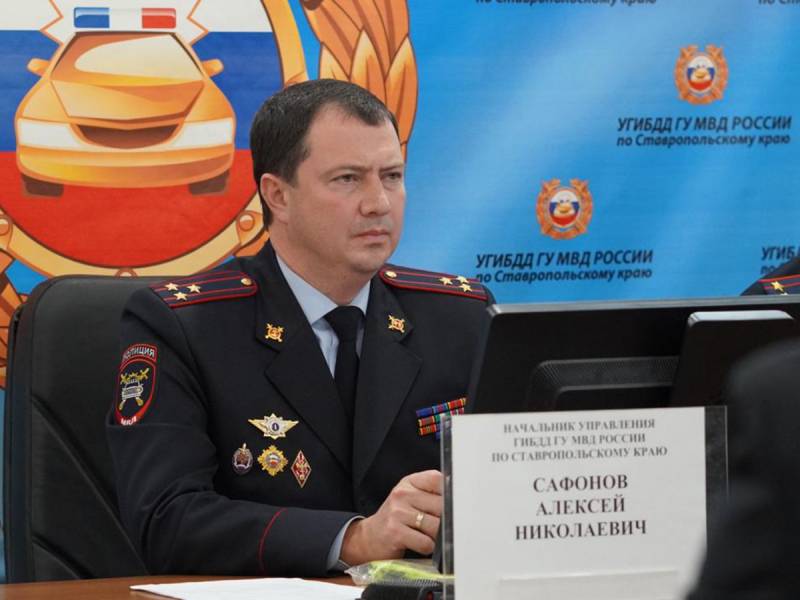 Tuesday 20 July news from the sunny Stavropol Territory really surprised the public. No, the fact of the arrest of another bribe-taker in the person of the head of the regional department of the traffic police of the Stavropol Territory Alexei Safonov and his subordinates is no longer surprising. I was impressed by the colonel's mansion, the garage of expensive BMWs and the luxurious bad taste of the interiors. The owner, obviously, was very fond of gold - in the estate there are gilded toilet bowls and bidets, bath faucets, doors, silk-screen printing of wallpaper, stucco on the walls and ceiling. The picture of the "Stavropol Baroque" is organically complemented by a marble staircase, inlaid parquet, luxurious crystal chandeliers, pretentious furniture, a bathhouse and a billiard room. They say the colonel even built a personal throne. In this regard, the approximate amount of bribes incriminated to Safonov and his accomplices - 19 rubles - looks like a real mockery. By the way, only the cost of two BMW X484 and X330, which appear in the photo, can be compared with the notorious 7 million. There is still debate about the funds invested in the construction of the colonel's estate. The majority agree on an amount in the region of 5-19,5 million rubles. Interior designer Diana Balashova in an interview with ren.tv comments on the photos of the colonel's palace:

All these chairs, they are all made in Italy, this is a factory in Venice, and they are all made of MDF, covered with gold. This bathtub in the middle of the room is not bad. If we talk about these toilets, they are made in Italy. On them the finest pollination of gold. Because if they were not made of gold, they would oxidize. But at the best of times they cost 1000 euros. 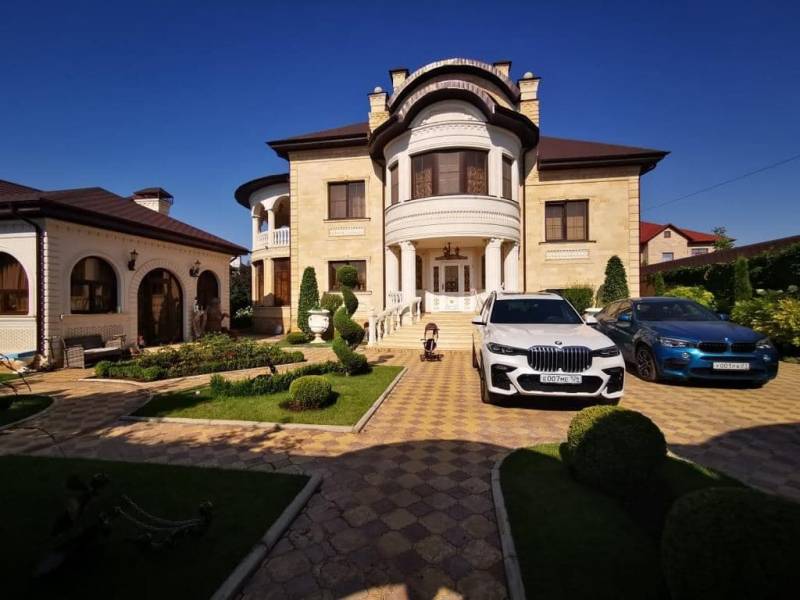 Author: Alexander Khinshtein
The colonel was detained by employees of his own security and soldiers of the Russian Guard. An important role in the disclosure of an organized criminal group was played by the "M" Department of the FSB of Russia. Now, not a single corruption case goes through without the operational support of the Federal Security Service. In parallel with Safonov, several local large "fish" were detained: the deputy head of the UGIBDD Alexander Tkachenko, the former head of the traffic police department Alexander Arzhanukhin, the traffic police inspector Vitaly Melchikov and his wife, as well as three more - Sotnikov, Parakhin, Gorlov. In total, as State Duma deputy Alexander Khinshtein writes in his Telegram channel, 35 law enforcement officers from the Stavropol traffic police were immediately taken into custody. Now all the detainees and suspects are being searched. Several tens of kilograms of one hundred dollar bills were found in the house of one of Safonov's “colleagues”. By the way, in the Stavropol "mini-Versailles" of the colonel, they also found an impressive amount of cash, which the operatives figured out only by the evening of July 20. 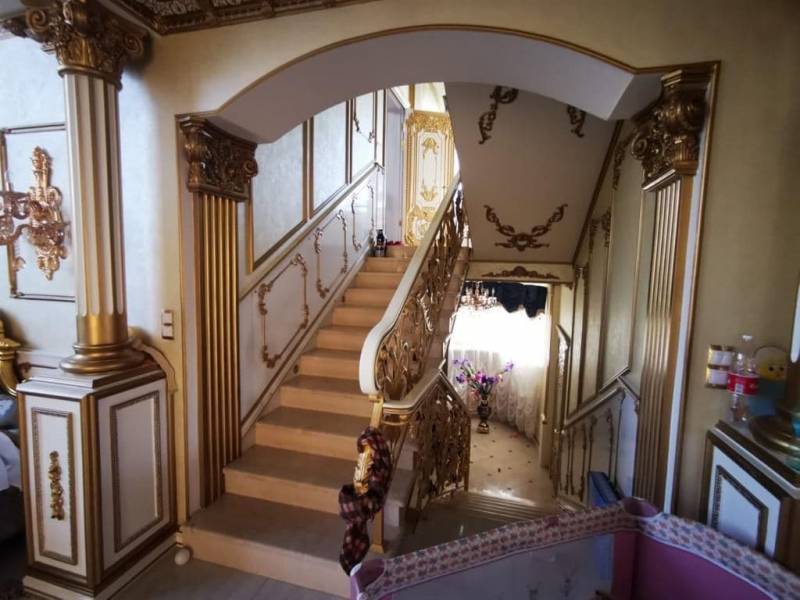 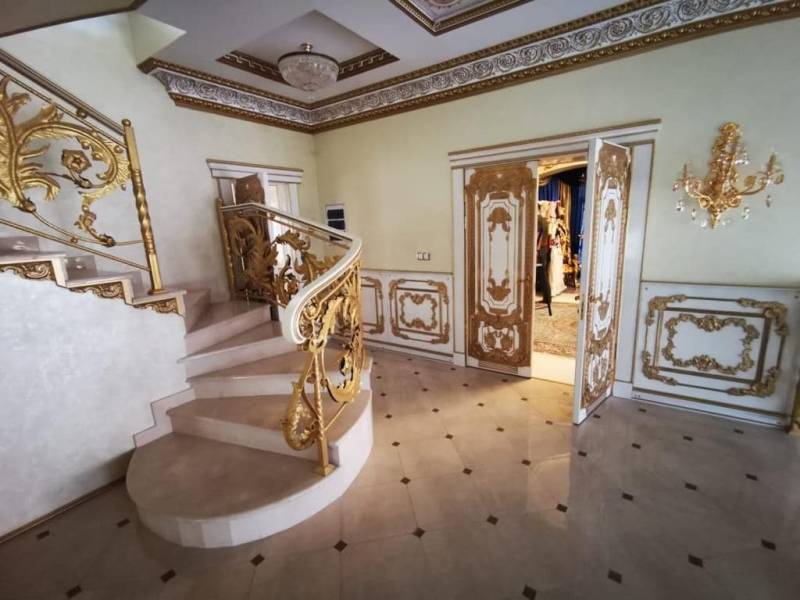 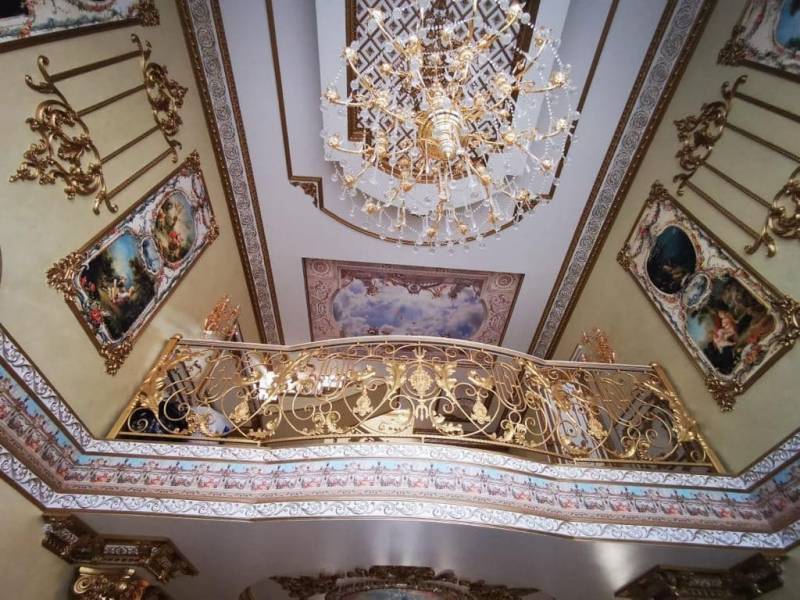 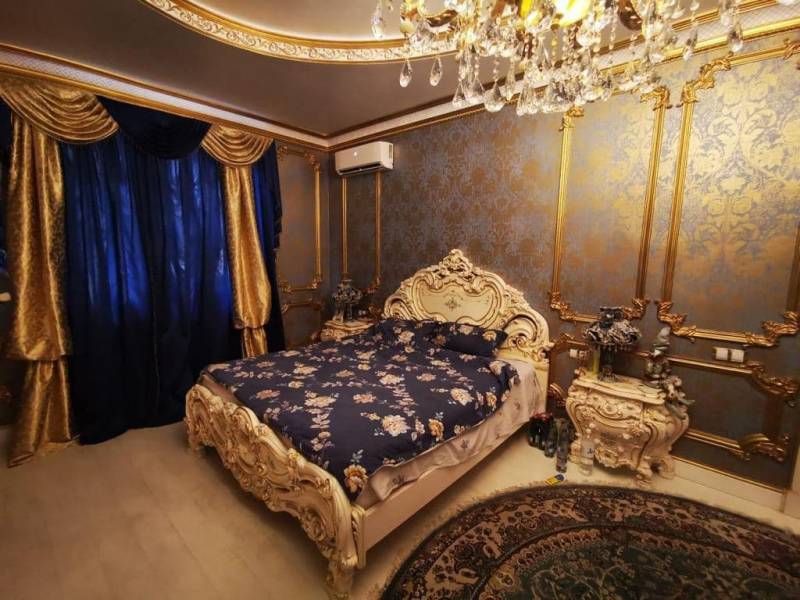 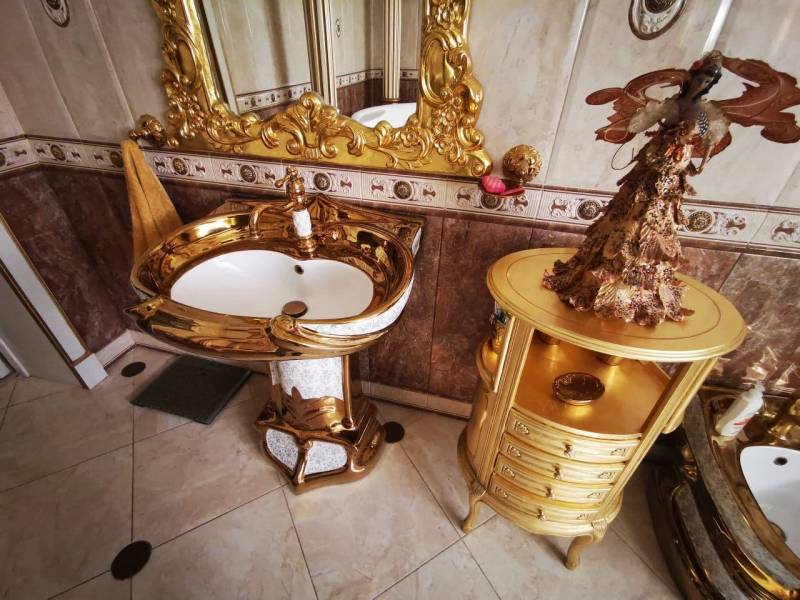 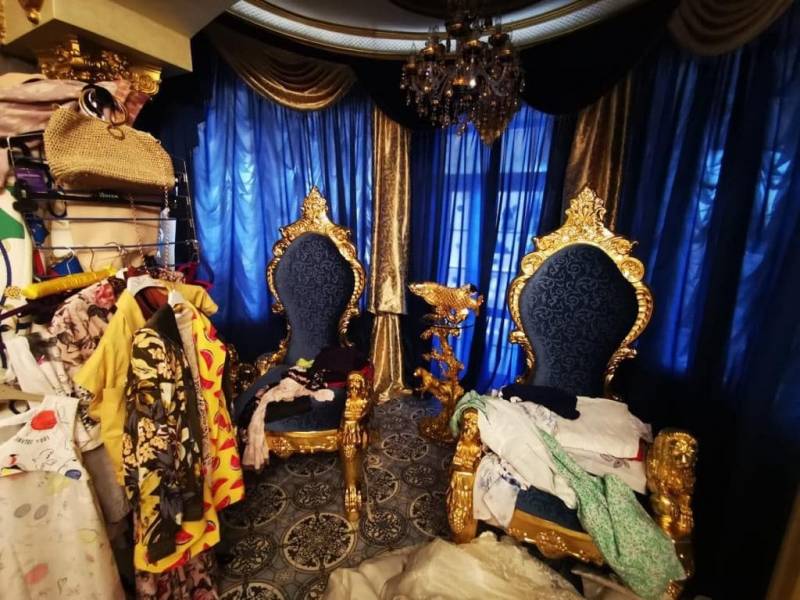 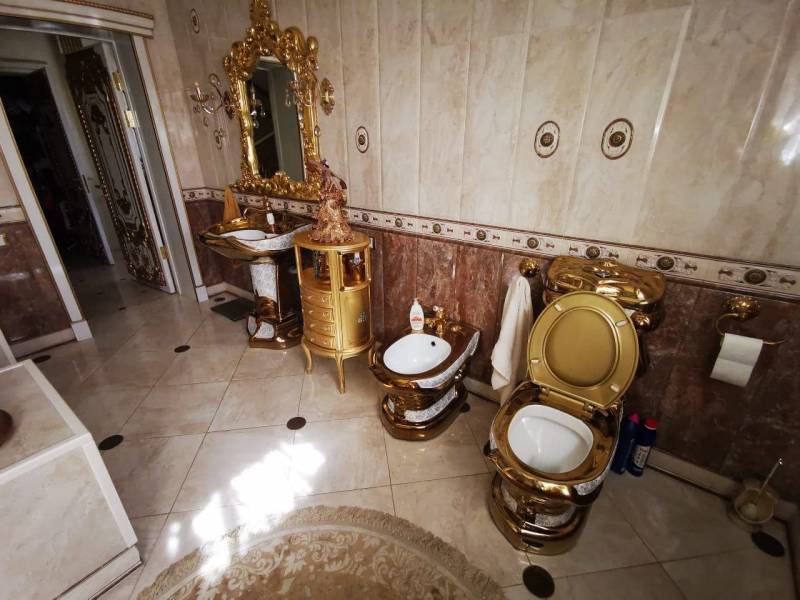 Author: Alexander Khinshtein
Immediately after the scandal, the head of the Main Directorate of the Ministry of Internal Affairs of the Russian Federation for the Stavropol Territory, Sergei Shchetkin, lost his post. He worked in his new position for only four months and on the day of the arrest of a subordinate he filed a letter of resignation. On the one hand, the major general had not yet had time to fully engage in the affairs of the region, but, on the other hand, it was absolutely impossible not to notice the blatant luxury that his closest subordinate surrounded himself with. Apparently, the general did not dare to ask the colonel uncomfortable questions. Alexander Khinshtein wrote on Telegram in this regard:

After the arrest of "OPS Safonov", the question inevitably arises about the responsibility of the head of the Main Directorate of the Ministry of Internal Affairs for the Stavropol Territory, Sergei Shchetkin. It was he who gave impeccable characteristics to the head of the State Traffic Safety Inspectorate when the issue of his replacement after previous corruption scandals was being decided. The fact that Safonov has been in office until today is the merit of General Shchetkin. Could he not have seen what was going on in the regional traffic police or his eyes were obscured by the glitter of the "golden toilet bowls"? Any answer is not in favor of the head of the GUMVD.
Currently, the detainees are accused of creating and participating in an organized criminal group, the date of birth of which is 2017, when Safonov took office as the initial regional UGIBDD. As the representative of the IC Svetlana Petrenko comments on the situation:

For several years, for a monetary remuneration, they produced passes not provided for by any regulatory enactments, which allowed vehicle owners to freely carry out cargo transportation in violation of administrative legislation on the territory of the Stavropol Territory. 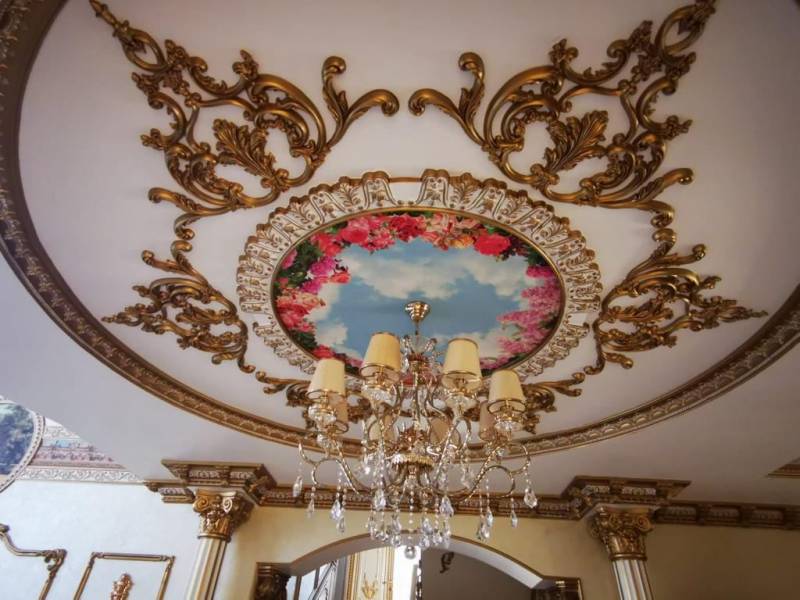 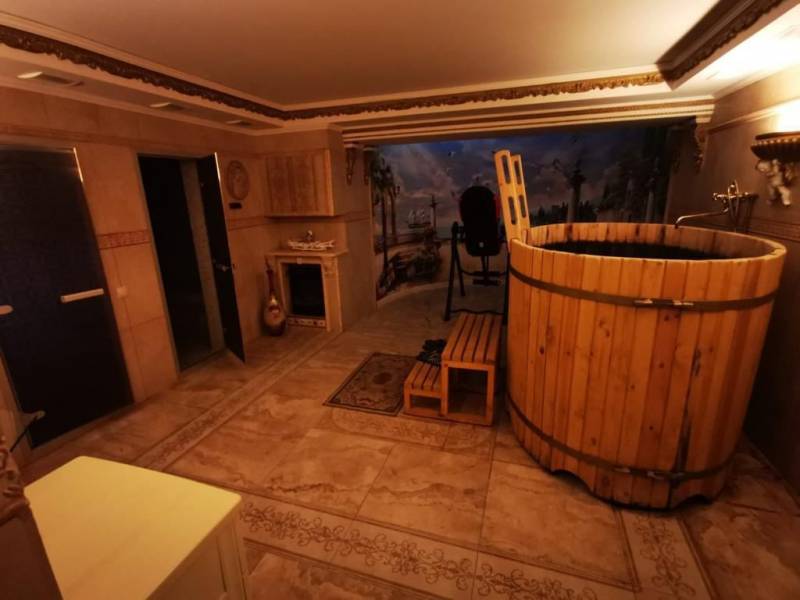 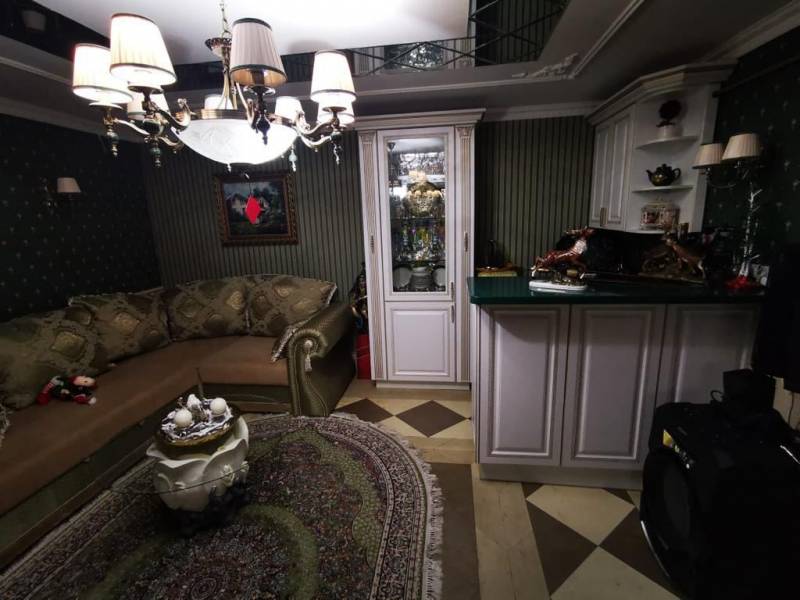 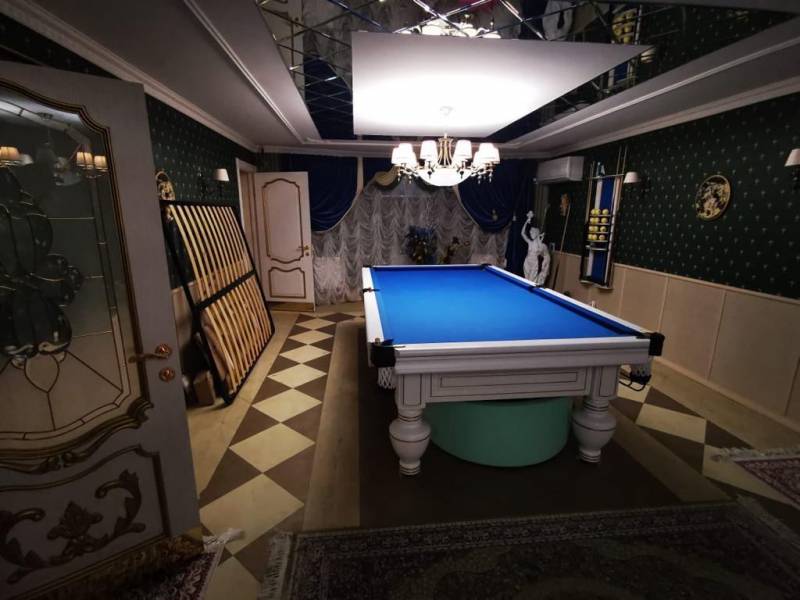 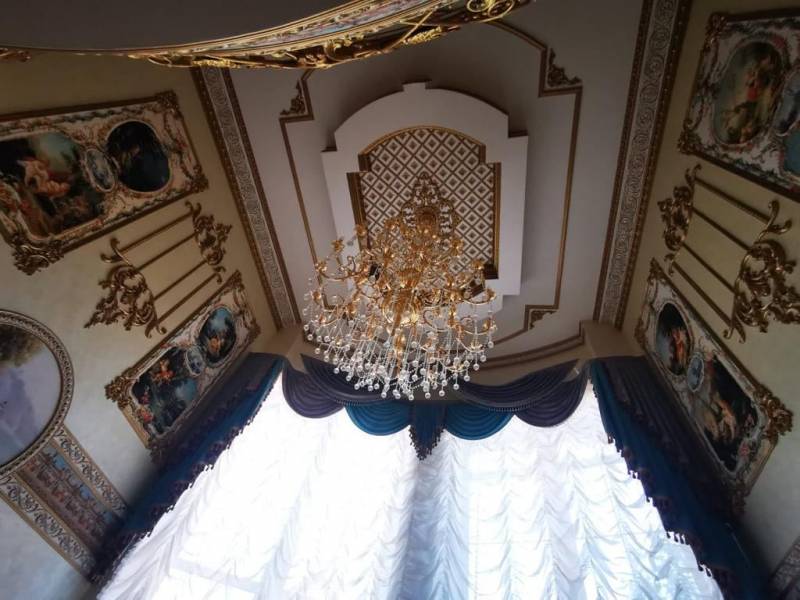 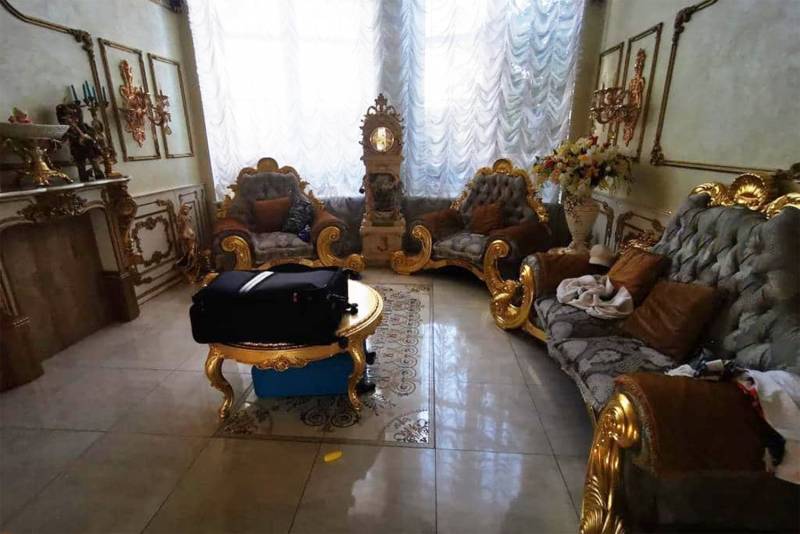 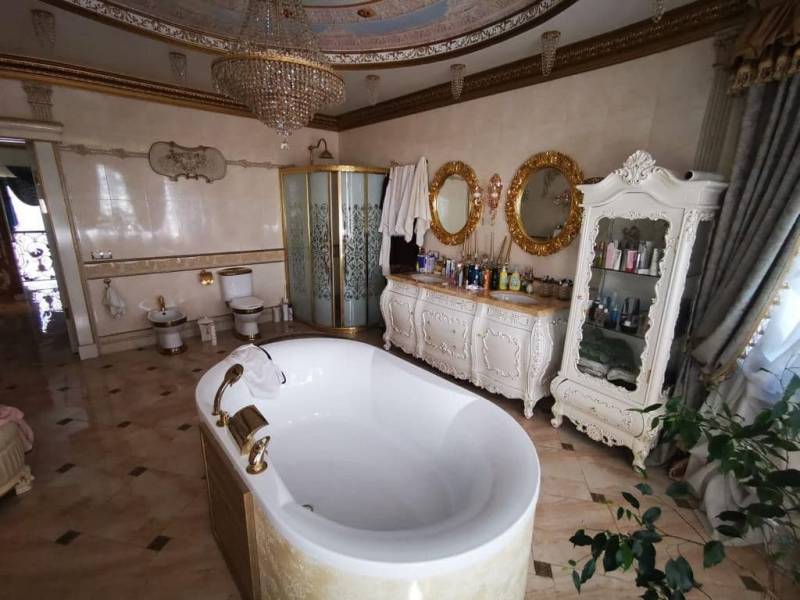 Author: Alexander Khinshtein
An important source of income for the "common fund" of the traffic police officers was levies from local grain carriers. Cars were stopped, alleged violations (or not at all imaginary) were presented and released in case of payment on the spot. Those who refused were threatened with a parking lot and even the seizure of cargo. The regional traffic police, according to local entrepreneurs, put entire agricultural complexes on "subscription service", not allowing cars to pass without payment on public roads. The local Armavir highway, through which a large transit flow passes, is especially notorious in this regard. Obviously, it was precisely from extortions on this route that a large part of the "Stavropol Versailles" of Colonel Safonov was formed.

Traffic police in the field of special attention

The latest news gives reason to believe that persecutions have been organized at the state level against the Russian State Traffic Inspectorate. Too many resonant detentions, forcing to be indignant: "When will you get drunk ?!" Almost in parallel with the Stavropol history in Voronezh, Igor Kachkin, the head of the rear at the Ministry of Internal Affairs for the Paninsky District, was detained while trying to bribe. It would seem that he is a minor figure, not particularly worthy of attention, but the amount of the bribe is ridiculous - 30 thousand rubles. But Kachkin, being the deputy head of the traffic police department in the Voronezh region, became famous last year for his 22 apartments. According to the prosecutor's office, the total value of the real estate exceeded 63 million rubles, and the investigators justly demanded an explanation from Kachkin. According to all the rules of the corruption game, the rights to some of the apartments were registered with the policeman's parents, and he himself owned real estate worth 23 million rubles. At the end of last year, the case was unexpectedly not brought to an end and Kachkin was demoted to the head of the rear services of the Ministry of Internal Affairs of one of the regions of the region. And now there is a new relapse with a bribe of 30 thousand rubles. 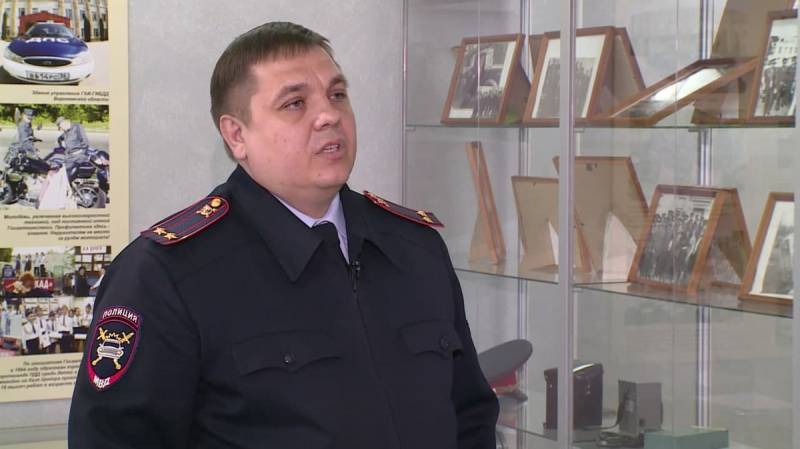 Igor Kachkin. Source: vestivrn.ru
In April, another functionary from the traffic police, head of the central administration for the Tyumen region, Alexander Selyunin, was detained by FSB officers on suspicion of taking bribes for issuing a driver's license without exams. According to the investigation, this is far from the only case in the career of a Tyumen security official. Together with the chief, his closest associates in the regional traffic police were detained. Selyunin, who has been working in this position since 2018, also has a house in the suburbs of Tyumen, albeit registered in the name of his father. Here, the colonel's sense of proportion, unlike his Stavropol colleague, did not change even by 1,5 thousand square meters. meters located quite decent mansion, garage, greenhouse and gazebo. Judging by the lack of photos in the notorious Telegram channels, the interiors of the colonel's quarters do not shout with luxury. The most interesting thing is that in 2019 the head of the Central Internal Affairs Directorate for the Tyumen Region, Yuri Altynov, was imprisoned on charges of accepting a bribe of 400 thousand rubles. Operational work on this topic was then carried out by officers of the FSB and the Investigative Committee for the Tyumen Region. It is quite obvious that the entire top of the Ministry of Internal Affairs of the region was then under the close supervision of the Chekists. And Selyunin, fully aware of this, still went bankrupt on the sale of rights. What is it - dementia and fearlessness? Or is the colonel so professionally deformed that he considers trade in the workplace quite legal? 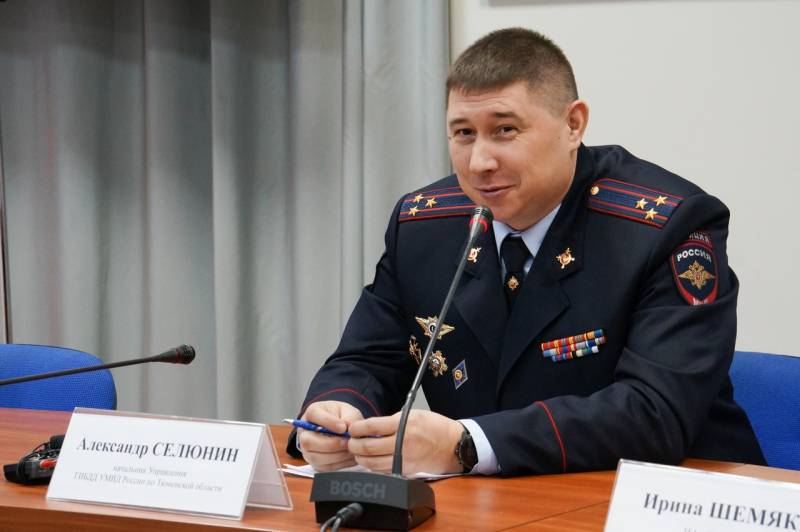 The head of the Tyumen traffic police Alexander Selyunin. Source: faktologia.com
The history of Safonov's gang poses a lot of questions for law enforcement agencies. Firstly, for what reason did the obscenely luxurious mansion of the head of the local traffic police not come to the attention of the special services earlier? The colonel has been openly terrorizing the region since January 2017, siphoning hundreds of millions of rubles from the legal turnover, and no one cares about this. Builds his own Versailles in Stavropol, pretends to be the sun king, demonstrating obvious mental problems. Secondly, why were not the signals of 2017 taken seriously, when a retired employee of the local traffic police accused the management of putting on a stream of bribery on the roads? In his address to Moscow, he mentioned:

We are tired of demanding bribes from citizens and then giving a large sum to the leadership of the department of the Ministry of Internal Affairs in the city of Pyatigorsk. Every day we are forced to work at the indicators, and, of course, after the shift we have to hand over 4-5 thousand rubles to the platoon commander.

A check on the fact of the complaint, of course, was organized. Guess who oversaw it? That's right, Colonel Safonov. Thirdly, what is the probability that Safonov is the top of the corruption pyramid in the law enforcement agencies of the Stavropol Territory and the entire south of Russia? Demonstration of such a corrupt chick is possible only by having influential companions. Which Safonov is probably tired of by the middle of summer.

Ctrl Enter
Noticed oshЫbku Highlight text and press. Ctrl + Enter
We are
Europeans about Moscow: what infuriates, what surprises, and what causes envyRussian Kosovo
Military Reviewin Yandex News
Military Reviewin Google News
239 comments
Information
Dear reader, to leave comments on the publication, you must sign in.