Russian weapons - the most popular product in the world 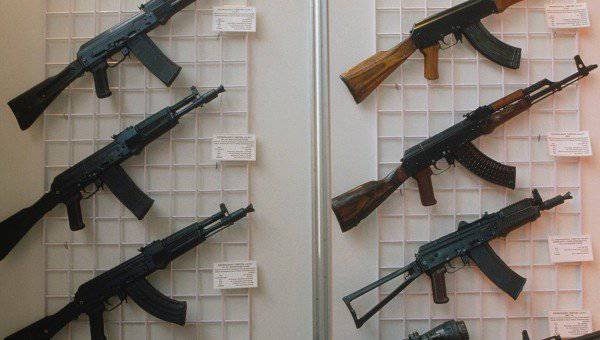 Liberally oriented media expressed skepticism about the possibility of a powerful breakthrough in the modernization of defense industries, which was planned by Russian President Vladimir Putin.

Comments by Igor KOROTCHENKO, chairman of the Public Council under the Ministry of Defense of the Russian Federation, editor-in-chief of the magazine National Defense.

- The task of strengthening national sovereignty and increasing the role of Russia's authority in the world is strongly related to the capabilities of the army and fleet. And it’s crucial for them to get new weapon from the military-industrial complex of the country.

Vladimir Putin absolutely exactly put all the accents. And his reference to 30's is completely valid. Then the Soviet Union was actually ten years before the start of aggression against him. But even today the spectrum of threats in the world, including the military, is constantly expanding.

There is again an arms race, today the United States, China and other developed countries are actively building up military muscles. First and foremost, their military achievements are converted into political and economic successes, into expansion, which is shown by all the major world players.

Therefore, it is natural that the president has also set tasks for our defense complex that must be solved practically within the limits of the current state armaments program. That is, up to 2020.

So, today, our state has essentially the same ten years to re-equip and meet the upcoming challenges prepared.

The goals and objectives, the program theses voiced by Putin are completely objective, in line with the expectations of the overwhelming majority of our citizens. And of course, those army and navy, which have good weapons produced by the military sector of the national economy, are strong.

This is actually an “insurance policy” for the coming decades for our country.

As for the allegations that the defense industry cannot be a locomotive in the economy, I am sure that this is to a certain extent a “liberal” lie.

We get about 13 billions of dollars a year from arms exports. This is a lot of money.

Our engineering and other sectors of the economy can not boast such success. In practice, our national welfare today is largely due to the export of natural raw materials. But such a position cannot remain infinite.

Therefore, weapons as a high-tech product that is competitive on the world market, allows Russia to solve both geopolitical tasks and the tasks of obtaining additional foreign exchange earnings in our economy.

Today we are creating joint defense enterprises with a number of countries - for example, with India, Vietnam, Jordan and other states - in order to produce modern weapons on the customer’s territory within these enterprises.

Russian weapons are a product in demand in the world.

With regard to the possible use of military technology in other areas of the economy - I will say that, for example, the fifth-generation fighter behind him pulled virtually the entire chain of industries related to metallurgy and materials with nanocoatings. The implementation of the program for the development of the fifth generation engine will allow us to tighten up a number of other industries.

Within the framework of the military-industrial commission, an advanced development agency is being created. It will finance research that can produce breakthrough results that can be used both in military affairs and in the civilian sector of the economy.

I know that the leaders of the defense complex welcome President Putin’s speech, considering it to be right and timely.