Maus: inside a German monster

July 20 2021
3
German Pz.Kpfw. Maus left a bright mark in stories tank building. It was the heaviest tank in the world, designed as an assault vehicle, practically invulnerable to enemy fire. The story of Mouse began in 1942. Several companies took part in its creation at once: Krupp prepared the hull and turret, Daimler-Benz specialists were responsible for the engine, and Siemens worked on the transmission elements. 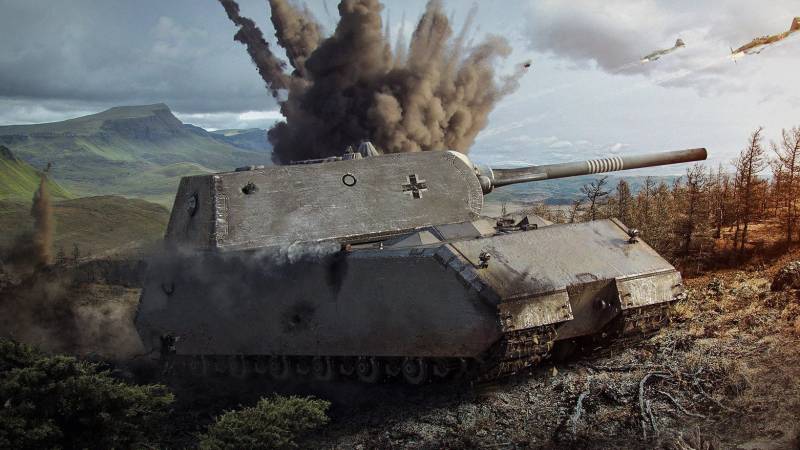 Super heavy maximum armored project tank unofficially called "Typ 205" and was created as a competitor to the Panzerkampfwagen VII Löwe tank. By December 1943, the first of the 2 existing prototypes (Typ 205 / I) was assembled. Instead of a tower, a mass and size model was installed on the car, and its sea trials lasted about six months. The second copy (Typ 205 / II) received a real turret, a gun and a Daimler-Benz MV 517 diesel engine (as it later turned out, capricious and unreliable in operation).

The mass of 180 tons excluded the possibility of tanks crossing the rivers on road bridges, so it was supposed to transport them by water. The Typ 205 / II was equipped with bottom walking equipment, but it was never tested in practice. The sealed tank was supposed to cross the river with a crew on board. In addition, thanks to special cables, he could receive power from a car standing on the shore. 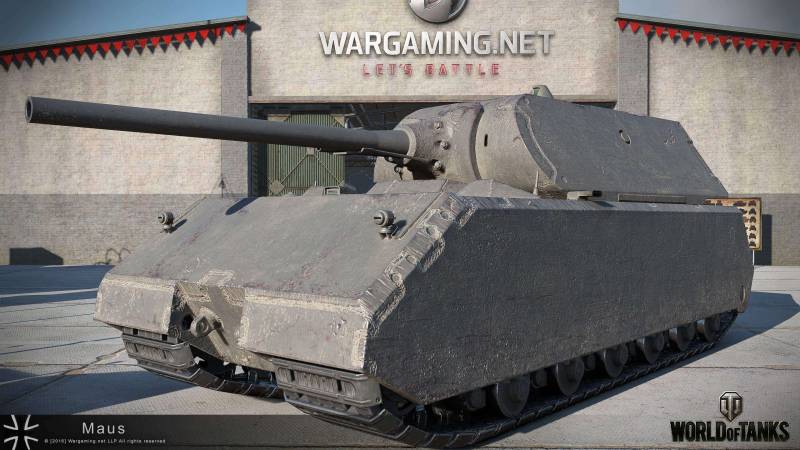 In 1944, by order of Hitler, all work was curtailed: massive strikes by the Royal Air Force of Great Britain on German industrial centers disrupted the mass production of "Maus", of which 120 pieces were ordered. By that time, Germany simply did not have enough production capacity to produce more important species. weapons.

None of the tanks entered the battle: in both cases they were undermined by their own crews. However, the vehicles became trophies and objects of close study, and today a huge German tank Pz.Kpfw can be seen in the armored museum in Kubinka. Maus, assembled from the hull and turret of two different prototypes. Inside, little survived, and even with an engine, the car could not leave the hangar, which was specially built around it.

Almost all traces of shells on the surface of the tank appeared during German tests. The Maus is well-armored and the tracks are protected by massive screens. However, this approach to protection creates a lot of difficulties when it comes to maintenance. Basically, all the crew could do was adjust the front track tension. On the sides of the tank there are fasteners that allow, if necessary, to raise the entire side of the vehicle. For example, if you need to change the roller. 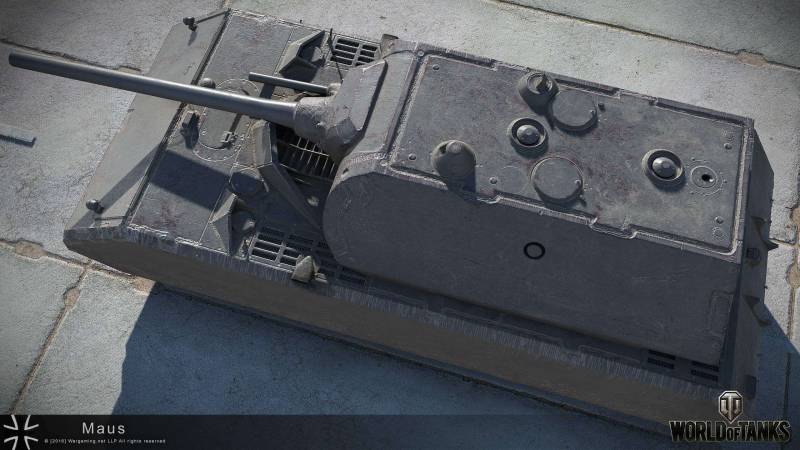 On one of the sides of the car there is a drawing similar to the Soviet symbol of the hammer and sickle. As it turned out, the Germans inflicted it so that, if a tank was discovered by spies, they would mistake it for captured Red Army equipment, and not a new development of Germany.

Suspension "Mouse" is represented by six carts on each side, including 4 rollers. Each pair of rollers is mounted on a vertical spring arm. In addition, the drawings indicate the presence of a hinge for the operation of the carriage system. Here you can also see wide tracks (56 links each), which distribute the enormous weight of the machine.

Getting inside an empty Mouse isn't that hard. For example, to the front of the turret, you can easily walk through the compartment that once housed a 44-liter 1200 hp engine. Next to it, you can see the compartment in which the driver and the radio operator were sitting. There is also a door to the engine compartment, which makes it possible to service the engine.

All the details about what was the internal structure of the legendary "Mouse", see the video from Wargaming.