Defense Top Priority: An American View of the Russian Army 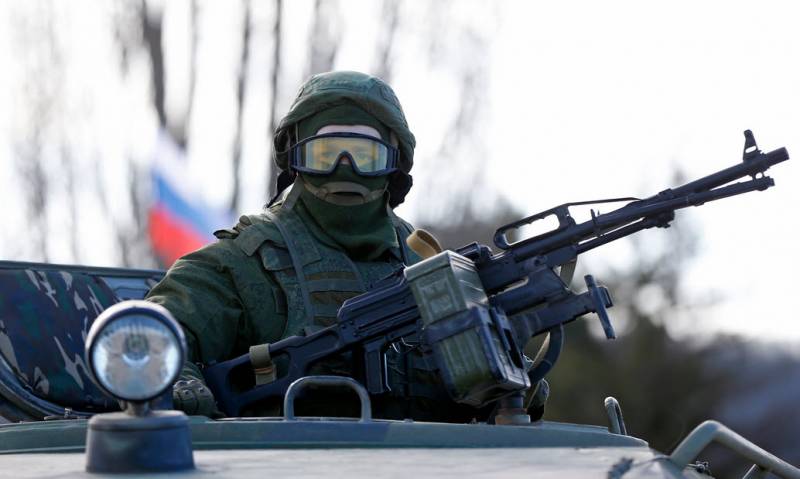 Russians will not attack first

In the West, a fairly stable opinion has been formed regarding the methods of warfare by the Russian army. Ever since the invasion of Napoleon, the Russians have been suppressing the enemy with massive attacks and numerical superiority. A similar situation with the wars of the XX century. Hitler, for example, was driven out not by "knowledge, skills and abilities", but impudently and at the cost of unprecedented losses. Typical stereotypical assessment of the "enlightened" collective West. It is based on the differences between liberal European values ​​and Eastern traditionalism.

The guards of world democracy believe that the Russian-style war scenario does not imply the value of a soldier's life. The priority is always the solution of the combat mission, despite the excessive losses in manpower. For the sake of fairness, it should be said that such precedents still happened in the newest stories For Russia, it is enough to recall the obvious military leadership miscalculations in the military campaigns in the North Caucasus. But talking about "cannon fodder" as the main offensive weapons Russian army, wrong and criminally. 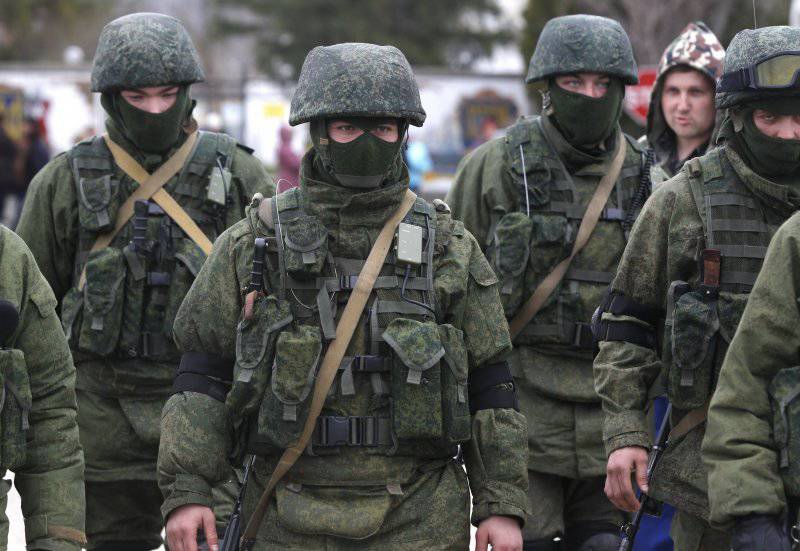 But in recent years, the United States, which has the most powerful army in the world, has moved away from such assessments. According to the authors from the strategic research center RAND, Russia has not had an advantage in manpower over an enemy equal in military potential for several decades. In a hypothetical war with the NATO countries, Moscow should not count on a protracted nature. The hostilities will inevitably turn into a new "all-out war" that Russia will not endure.

With a slight amendment - in the case of using exclusively non-nuclear weapons. The nuclear triad invariably guarantees at least an unpredictable outcome of the military confrontation between Russia and the United States and NATO.

For comparison: the United States has a border five times smaller in length, and even surrounded by de facto satellites, if not vassals. That is why the Pentagon so easily and naturally made the entire globe a zone of its responsibility - there is no need to expect a blow "in the gut" from Canada and Mexico.

At the same time, the potential inherent in the Russian territory makes it possible not to worry about the country's resource provision at all. For this, there is no need to declare entire regions of the planet as a zone of its influence, as the United States does. In fact, Moscow's main problem is finding adequate and reliable consumers of natural resources and their derivatives. And the natural resources of Russia, despite the global "green redistribution", will be tidbits for potential opponents for a long time to come.

In this regard, the top of the pragmatic approach is the defense doctrine of the use of the domestic armed forces. We are not going to fight on the enemy's territory, as it was intended, in particular, in the 30s, but we will not allow the adversary to enter the country either. In the RAND office, until a certain point, this thesis was not entirely obvious. Now the agency's analysts are talking about the defense postulates of Moscow's military policy.

Protecting the country first of all

It is very difficult for American military strategists to understand what it means to conduct a full-fledged war on its own territory. Simply because there has never been a real war in the United States, and they fought mostly remotely. The tragedy of Russia, which happened almost 80 years ago, has developed a strong immunity to invasion from outside. Even if the enemy is crushed, destroyed territories remain in the country, which must be restored after victorious salutes.

That is why the main priority of the Russian armed forces remains one thing - to prevent the aggressor from entering the country. They protect, first of all, large industrial centers and million-plus cities. Of no small importance are the border states, which play the role of buffers. Of course, this is a very pragmatic calculation, bordering on cynicism, but this is the only way to gain time for mobilization in case of war.

And move the distance of the deployment of tactical nuclear weapons away from Moscow. Here, by the way, the geographic position is again not in favor of Russia. The capital is located much closer to the west than to the center of the state, which greatly increases its vulnerability to NATO countries. Simply put, Moscow is geographically closer to enemies than to allies, albeit temporary.

A distinctive feature of Russia's military strategy is its extreme toughness with regard to the violation of the state border. Here RAND's findings cause confusion - which sovereign country is ready to "softly" respond to provocations at the border?

Unless, of course, this is a state from the European Union with nominal geographic contours. The United States believes that Moscow will respond very harshly, including the use of nuclear weapons. By the way, the nuclear triad will be actively used by Russia in the event of a conflict affecting the territorial integrity of the country. In a so-called controlled escalation, the Kremlin will unequivocally demonstrate its readiness to use nuclear weapons in response to an attack by conventional means.

That is, no smoldering conflict in the border region of the country with the participation of foreign "guests" is, in principle, possible. And if it is possible, then with the inevitable escalation to the third world war. This is a very important postulate that Western strategists must take into account.

An important place in the report is given to the Kaliningrad region, which is rightly considered an integral part of Russia. In the event of an attempt to seize the enclave, this will be viewed as a direct threat to Russian sovereignty. And this again leads directly to nuclear war. In addition to RAND's theses, it is worth adding that a similar focus with Crimea will also lead to unpredictable consequences.

RAND analysts see Russia's asymmetric warfare as one of the key in the future. This is largely due to the imbalance of forces in the Russia-NATO tandem.

Once again, Russia will not be able to resist the military machine of the North Atlantic Alliance for a long time without nuclear weapons. Therefore, you will have to approach the problem flexibly. War in the information field, on the cyber front and the strategy of indirect actions will be the answer to the numerical and technological advantage of the enemy. Actually, now we are witnessing one of the stages of such a war taking place in the cyber sphere.

Defending the sovereignty of a country like Russia requires a highly skilled army. Any army must fight from time to time, not limited to solely exercises. Syria has become such a "training base" for modern Russia. No one really hides this side of the military operation - the military leaders openly declare that dozens, if not hundreds, of weapons were tested in the Middle East conflict.

It has been known from open sources for several years about the constant rotation of command personnel to gain combat experience. And this is a very justifiable practice of waging limited war far from home. An example is the Chinese army. Beijing has not been conducting hostilities for several decades, which does not in the best way affect the combat capability of the army. American analysts have repeatedly reassured the public by talking about the modest successes of the People's Liberation Army of China. In particular, the notorious seizure of Taiwan, if it happens, will be in a couple of decades. Source: Russian Ministry of Defense
RAND bit by bit collected information on the use of Russian troops and made the following conclusions.

On the line of contact, Russian generals will put artillery and missile weapons at the forefront. Reconnaissance and mobile forces will be busy looking for the enemy and blocking it with artillery fire. The ground forces will try to refrain from direct clashes. The Russian army uses precision weapons to destroy the enemy's operational and strategic targets.

It is surprising that RAND analysts have come to such a banal conclusion. What else is high-precision weapons needed for, if not for the destruction of important centers of control of enemy forces?

Do not use Iskander for areal targets.

The Russian concept of defense, as seen in the US, implies a “multi-domain” response to external aggression. Everyone will be put into action to inflict unacceptable damage - ground forces, aerospace forces, special forces, electronic warfare, air defense, paramilitary militia and even civilians. The latter will play the role of informants, observers, and will also take part in hostilities, committing sabotage and provocations.

First, the need to develop an adequate response to the Russian concept of using the army.

Secondly, about the expediency of the conflict with Moscow itself. Now Russia reserves the right to respond with a nuclear strike to actions without the use of weapons of mass destruction, but threatening the country's sovereignty.

And, if Moscow is not focused on an offensive war, then wouldn't a network be better at the negotiating table?

Ctrl Enter
Noticed oshЫbku Highlight text and press. Ctrl + Enter
We are
Situational analysis of the death of the MH17 flight (Malaysian Boeing 777), made on the basis of engineering analysis from 15.08.2014Syria: Americans scare themselves, and Asma Asad buys chairs
Military Reviewin Yandex News
Military Reviewin Google News
80 comments
Information
Dear reader, to leave comments on the publication, you must sign in.