Hillary Clinton: this is what we created al Qaeda 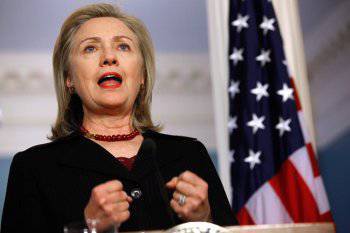 We bring to the attention of RNL readers a video of US Secretary of State Hilary Clinton's speech, which tells how the US, together with the military and intelligence services of Pakistan, began to recruit radical Islamists from many Arab countries to fight the Soviet Union in Afghanistan in order to prevent "USSR control over Central Asia" .

Clinton says that this is how the United States defeated the Soviet Union, while spending on militants weapon and Pakistan trillions of dollars. In this video, Clinton declares in plain language that the United States created the "Wahhabi brand of Islam" to fight the USSR. Time speech Hilary Clinton is unknown.
Military Reviewin Yandex News
Military Reviewin Yandex Zen
49 comments
Ad