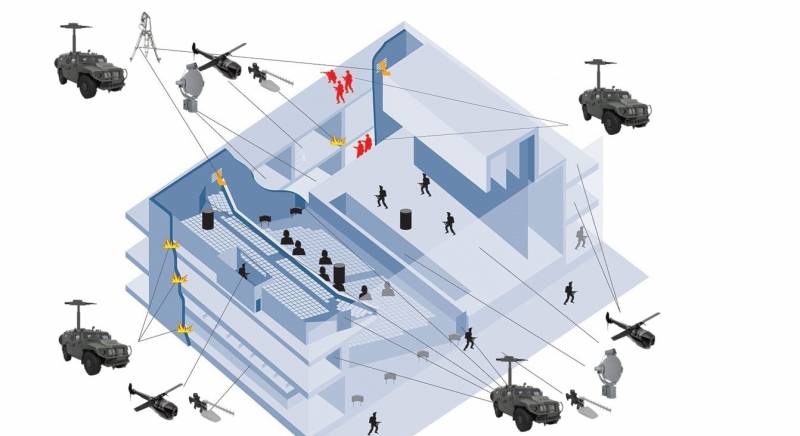 Since the end of World War II (WWII), the population of the developed countries of the world has largely escaped the horrors of war. The exceptions are conscripts and professional military personnel who face war during conflicts outside the territory of their states, most often in developing countries. Of course, there are exceptions - the military conflict in Chechnya at the turn of the XNUMXth / XNUMXst centuries or the madness that is now taking place in the Luhansk region and Donbass, but for the most part, the civilian population still does not face war.


However, there is a threat that everyone can face, regardless of the country in which they live - the threat of terrorist attacks. Hostage taking is one of the most tragic and dangerous forms of terrorist attacks. Moreover, terrorists often set deliberately impracticable conditions and are actually ready for the fact that both they and the hostages will die.

An example is the seizure of a hospital in Budenovsk by terrorists in June 1995, the seizure of a school in Beslan in September 1995, and the seizure of hostages at Dubrovka in Moscow in October 2002. It is characteristic that, as with lone psychopaths, terrorists choose the least protected targets - schools, hospitals, which says a lot about them - no one has yet dared to seize a military unit or the Kremlin. Similar terrorist acts have taken place in other countries - it is almost impossible to completely exclude the possibility of their being carried out.

Terrorist attacks, especially hostage-taking, cause tremendous harm to the state and the population, contributing to the spread of a sense of fear and powerlessness. Often, state structures have to make difficult decisions, and in any case they are a loser - if you release the terrorists, as it was during the terrorist attack in Budenovsk, you become an accomplice of the terrorists, give them an incentive to subsequently plan and carry out terrorist attacks, if you decide to storm, the hostages will die and the military will be accused of excessive use of force. 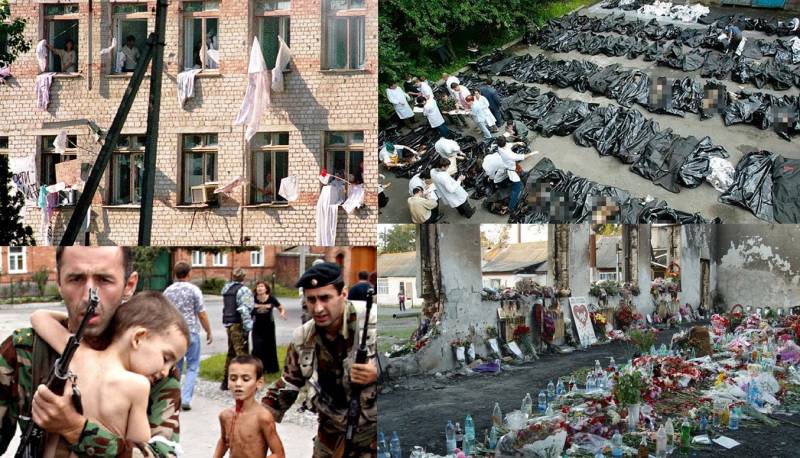 Terrorist attacks leave long lasting wounds on a country's body
Confronting terrorists who have taken hostages requires the involvement of highly qualified specialists, the latest weapons, equipment and special technical means. One of the most promising anti-terror vehicles can be the "Integrated Spatially Distributed Sniper Complex" (IPRSK).

The main purpose of the IPRSK is to determine the location and synchronous destruction of the enemy.

The way to solve this problem is the advanced interaction of reconnaissance means of various types, automated weapons of destruction and suppression, special units (special forces).

As a comprehensive solution, the IPRSK should include a number of components that ensure reconnaissance, orientation in space and binding to the terrain, suppression of means of determining the position and communication of the enemy, means of lethal and non-lethal impact, a command post with special equipment and software.

Automated firing systems (AOK), which are part of the IPRSK, must include transportable automated firing points (AOT) in a high-precision design, mobile remote-controlled robotic systems and armored vehicles with special weapons.

AOT in sniper design should be distinguished by greater rigidity of the structure, the best optical-location systems, including day and night thermal imaging cameras, a thermal imager and a laser rangefinder, a portable weather station, a barrel bending control device, high-precision servos and the possibility of rigid attachment to the floor / ground. 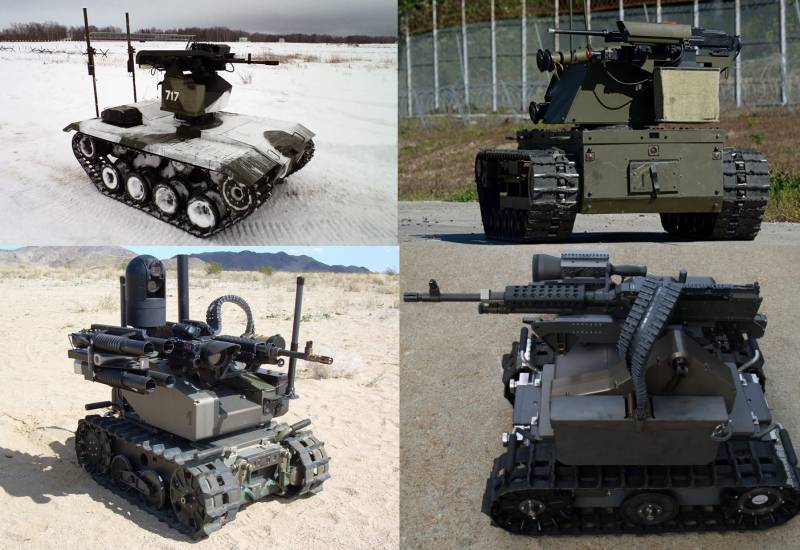 In the mobile version, the sniper version of the AOT should be placed on remote-controlled robotic chassis
The third firing component - armored vehicles with special weapons, were considered in the article Car "Tiger Sniper": remotely controlled modules of high-precision weapons for ground combat equipment.

On armored vehicles of the "Tiger-Sniper" type, within the framework of one weapon module, several types of weapons can be placed, for example, calibers 9x39 mm, 7,62x51 / 7,62x54R and 12,7x108 mm, to ensure the choice of the optimal weapon depending on the tactical situations. 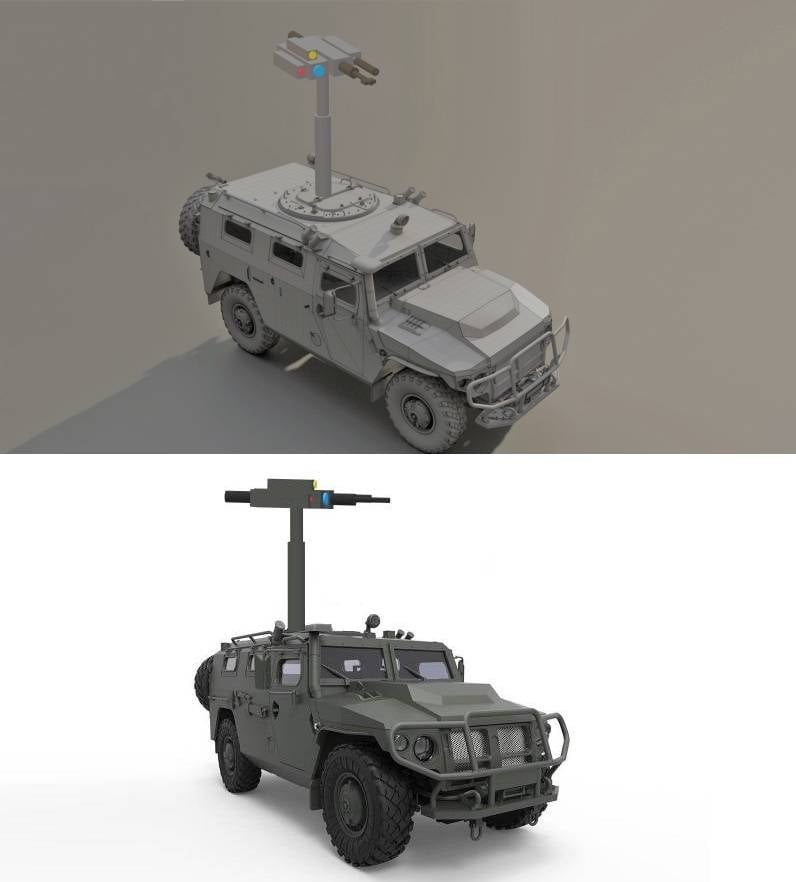 Tiger Sniper concept car
No matter how good automated weapons are, they cannot replace professional snipers, they can only effectively supplement them. To ensure the possibility of joint work of special forces and AOK fighters, hand weapons must be equipped with special technical systems.

Since the AOK and snipers must strike the enemy synchronously, at the optimal moment in time, it is necessary to ensure that the state of all participants is monitored according to the criterion ready / not ready to fire.

On the consoles of the AOK operators, this can be solved relatively simply - when the target is held in the sight, a special key is pressed, and confirmation from this complex about the readiness to hit the target goes to the command post. In case of loss of contact with the target, the key is released and the status changes to "not ready".

A similar system can be installed on sniper rifles of special units. Depending on which option is considered more convenient, this can also be implemented using a transmitter with a key, fixed in the area of ​​the rifle forend, or by recognizing the movement of the sniper's finger to the trigger area.

As a means of reconnaissance on portable and mobile carriers, small-sized radar stations (radars), television and thermal imaging cameras should be used
However, this is just the tip of the iceberg. Conventional radar, television and thermal cameras cannot see through walls. At the same time, the terrorists are well aware that they will be trying to track down and destroy them - they will close the curtains, barricade window openings.

Special devices can help in this situation - wall imagers equipped with sensors that can look behind walls (Through-the-Wall Sensors - TTWS). The work of wall imagers is based on the use of radar stations of a certain wavelength range, most often operating at a frequency of 1-10 gigahertz, and special methods of processing the reflected signal. As an example, we can cite American Range-R products or the Russian RO-900 wall-viewing radar developed by the Logis-Geotech group of companies.

During tests, a mobile wall visor installed on a robotic chassis generated a map of a completely unfamiliar house with an accuracy of two centimeters. 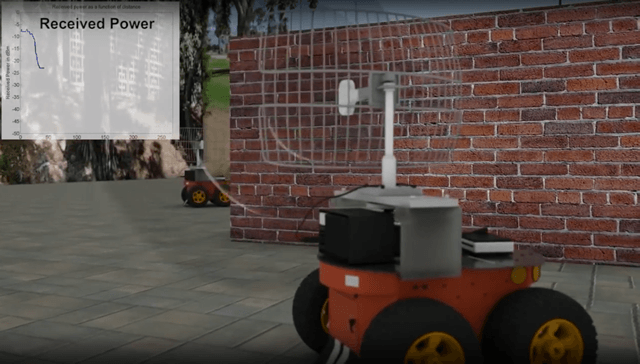 Stenovisor on a robotic chassis
Unmanned aerial vehicles of various types (UAVs) will become an equally important element of reconnaissance. They can monitor television and thermal imaging cameras from inaccessible angles, throw reconnaissance devices into the ventilation, deliver the same wall cameras to the necessary points in order to "enlighten" the building through and through.

Micro UAV
In the foreseeable future, the size of the UAV may be reduced to the size of insects, which will bring their reconnaissance capabilities to a fundamentally new level.

Nano-UAV
UAVs can be used not only as a means of reconnaissance, but also as carriers of small-sized ammunition to destroy enemy manpower.

The suppression subsystem should include means of counteracting enemy technical means and non-lethal weapons.

Since terrorists can also use UAVs for reconnaissance and control of the territory, means will be required to neutralize them. This can be carried out both by the kinetic method - the destruction of the UAV by elements of the firing subsystem, and by the use of systems that suppress the navigation and control channels of the UAV.

Special means for jamming UAV control and navigation channels
Also, the suppression subsystem should include means of electronic warfare (EW), which make it possible to drown out the means of communication and data transmission that will be used by terrorists. 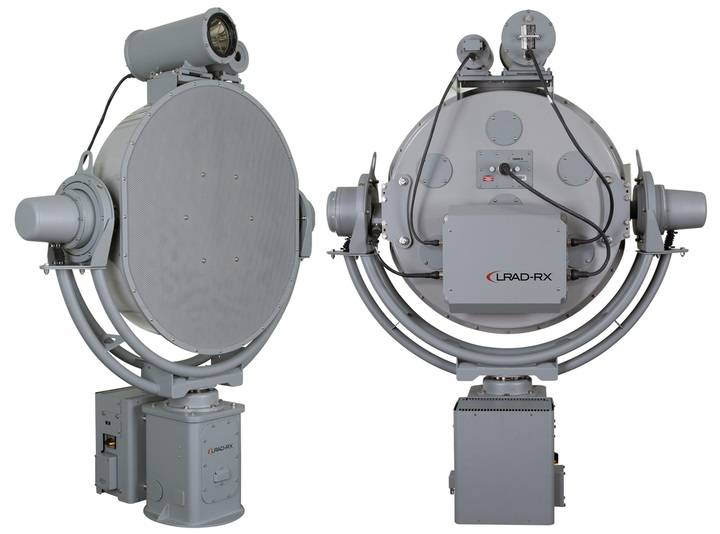 Acoustic cannons can cause pain in the enemy, loss of orientation in space and even damage to hearing at a considerable distance.

The navigation and orientation subsystem is one of the most important elements of the IPRSK. Its task is to determine as accurately as possible the location of all "own" lethal and non-lethal fire weapons of the complex, elements of the reconnaissance subsystem, and to determine the location of the enemy and tie it to a virtual 3D map of the premises.

3D models of the premises can be built during the preparation of the assault or be created in advance. Considering that a huge number of buildings in the country are typical projects, this is a very realistic task. An additional advantage will be the ability to train special forces at a "real" facility in promising virtual reality simulators, as well as the possibility of detailed step-by-step assault planning.

Determination of the exact location of elements of fire and reconnaissance subsystems can be carried out using laser scanning of the terrain or using broadband communication modules (Ultra Wideband). 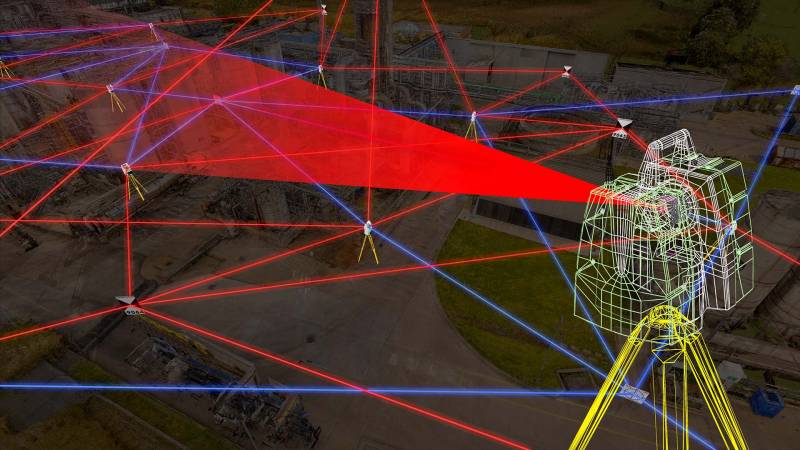 Laser scanners enable relative position determination with millimeter precision
The main task of the navigation and orientation subsystem is to provide the possibility of indirect fire. In other words, a target that is not directly visible to a sniper can be struck through an obstacle according to data obtained from another reconnaissance means, for example, a wall camera or a UAV.

For example, on the one hand, the placement of fire weapons is impossible, but observation from the UAV is possible, on the other side there is a wall, the terrorists are not visible, but the wall material can be pierced with a 12,7x108 mm rifle. In this case, the navigation and orientation system will allow the AOT to hit the target without seeing it directly.

Management of all subsystems should be combined into a single command center with operator workstations and special software. Operators of the IPRSK must carry out the analysis of intelligence information, the classification and distribution of targets between the AOK and the special forces, and plan actions depending on the rapidly changing situation.

Something like this might look like the command post of the IPRSK
The possibility of real-time synchronization of the actions of all subsystems of the IPRSK should ensure the simultaneous destruction of the maximum number of terrorists with a high probability.

As the main criterion for the combat work of the IPRSK, the ratio of the criteria can be considered:

As we said earlier, it is impossible to completely prevent the likelihood of terrorist attacks, but it is possible to complicate this task as much as possible for the enemy - to maximize the probability of death for terrorists without achieving their assigned tasks.

The creation of an integrated spatially distributed sniper complex will allow in many situations to ensure the destruction of terrorists without the death of hostages.

In addition to carrying out anti-terrorist operations conducted by special services, the concept of the IPRSK can be adapted for use by the armed forces during combined arms operations.

Ctrl Enter
Noticed oshЫbku Highlight text and press. Ctrl + Enter
We are
Sniper fire in local warsWhat should be a modern sniper (part of 1)
Military Reviewin Yandex News
Military Reviewin Google News
66 comments
Information
Dear reader, to leave comments on the publication, you must sign in.