A series of incidents in the Lipetsk region: "The Blue Whale" is back 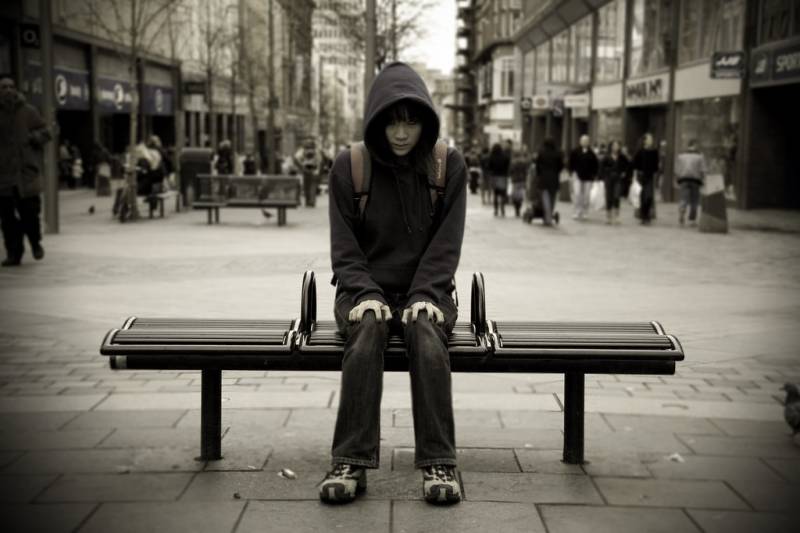 Chronicle of the tragedy

A series of three teenage suicides in the district center of Dolgorukovo began on June 11 with the death of 14-year-old Maria under the wheels of a train. Before the suicide, the girl recorded a video message in which she explained the reasons for her act:

“Mom, hello. This video is for you, I love you. A new wave of "Blue Whale" begins, there will be many victims ... I played, I wanted to die at a certain period, when no one understood me, no one heard. Everything is bio-waste, I will be a burden for you too. I will not pass the exam, I am a freak in life. Mom, it's very hard to know that nobody needs you. Until. I love you".
As the investigators found out, the child was in the notorious "death group", which Russia seems to have forgotten since 2017.

However, Maria mentioned in the video that there are more than a hundred active followers of the Blue Whale in the Lipetsk region. At least 500 members of the suicidal community are known to have died in different parts of the country. 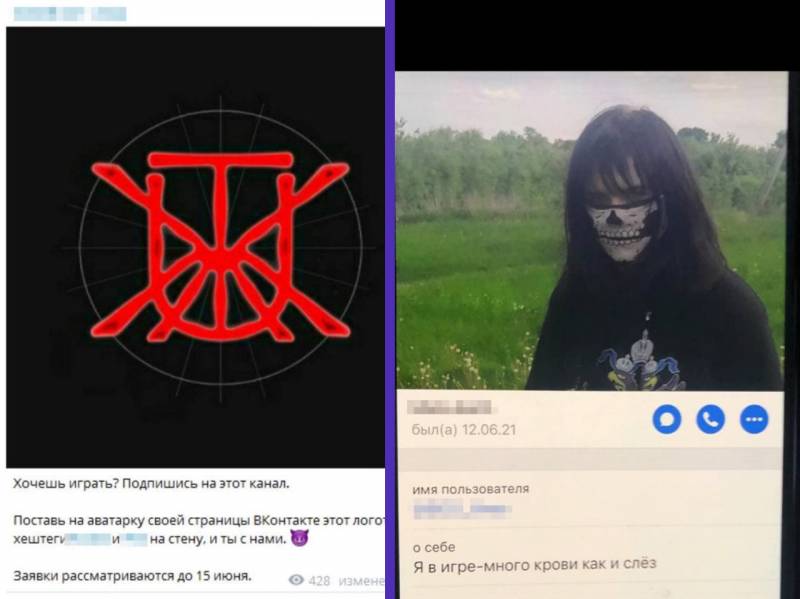 Source: telegra.ph
A few days later, Maria's boyfriend, seventeen-year-old Sasha, committed suicide. The scenario is similar - a teenager threw himself under a passing locomotive. The young man finished the ninth grade and was already studying at the local technical school. It is noteworthy that Sasha did not participate in suicide groups. He knew about the intention of his girlfriend Maria to commit suicide, as he could dissuade and even told his mother about it. After the death of his beloved, grief-stricken Sasha could not cope with his emotions ...

It should be noted that law enforcement agencies promptly reacted - on June 19 they detained one of the curators of the regional “death group” from Essentuki. According to psychologists, 19-year-old Bogdan Aslanukov is truly obsessed with the idea of ​​manipulating the lives and fates of minors through social networks. At school, and later at the technical school, Aslanukov was a real outcast, secretive and suspicious. In reality, he found himself in the world of social networks, when he managed to subjugate a lot of children's souls to his will. For the majority of the participants in “death groups”, 18–20-year-old people are already fully formed authorities who, with the proper skill, become tyrants-manipulators. 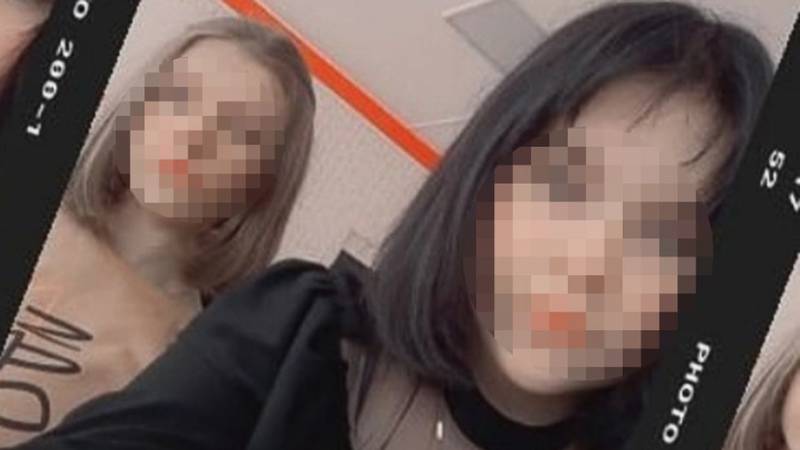 Suicide victims in the Lipetsk region. Source: vk.com
The creator of the Blue Whale analogue was under the close supervision of law enforcement officers for three years. Year Aslanukov was under house arrest, wore a bracelet, but was released under supervision. The investigation has to decide how much the curator was involved in the death of Maria and Alexander. At the moment, the instigator Aslanukov is facing clause "a" of part 2 of article 105 of the Criminal Code "Murder of two or more persons." However, common sense suggests that such individuals should have been isolated from social networks much earlier, even at the first signs of the supervision of "suicidal communities."

The third death of the child happened in Dolgorukovo, already when Aslanukov was in custody - on June 25, 15-year-old Larisa took her own life. She was a classmate and best friend of the deceased Maria. The handwriting of suicide remained unchanged - death under the wheels of a train. Everything began to resemble a series of pre-planned suicides under external control.

This tragedy forced the authorities to impose a temporary curfew in the district center, take control of every teenager and organize urgent educational activities for parents. The latter, as usual, was late - it took three childhood deaths before the local education authorities were concerned with the problem of teenage suicide.

For the first time, they learned about "death groups" in Russia in 2016 from an article in Novaya Gazeta.

From November 2015 to April 2016, the author of the article "Death Groups" Galina Mursalieva counted about 130 suicides of children, which were caused by participation in the notorious groups. Foreign "colleagues" from The Sun added fuel to the fire by vividly describing the Russian disaster with child suicide. After the articles, the existence of public pages in which minors perform deadly tasks was directly associated with child suicides.

For a couple of years, Russian society was seriously in a fever over such information, but teenage suicides were by no means in all cases associated with the Blue Whale and the like. There are a lot of imitators on the Internet - "Quiet House", "Wake Me Up at 4:20", "Sea of ​​Whales", "Milky Way", "U19", "F57" and a bunch of similar junk. Whales and butterflies have become symbols of communities - the former are thrown ashore in search of death, the latter live for several days.

The scenario of involving adolescents in destructive amateur activities is simple and wild at the same time.

In a tough game that usually lasted 50 days, the curator assigned dangerous tasks to his followers. For example, cutting skin, listening to psychedelics and waking up at 4:20 am, climbing onto rooftops in the dark, and even self-mutilating. In a few weeks, the curator "zombies" the psyche and teaches the child not to be afraid of pain and death. The last task is usually suicide or, according to group terminology, "sawing out." Similar groups began to appear in other countries.

In 2017, the alarm was sounded in Brazil (query "baleia azur"), Poland, Czech Republic, France, Germany and even China. In the same year, the suicides of two young Americans were recorded, the cause of which was a local "death group".

The real theater of the absurd became история with "Quiet House". Allegedly, there is a deep level on the Internet, access to which only “non-stalkers” have. This level of "Quiet House" acts as a certain point of no return to the real world, after which the user completely goes into digital reality.

Simply put, a teenager, "cutting" himself out of the mortal world, is digitized in the "Quiet House". Such are the urban legends that have become, quite likely, the cause of many deaths. 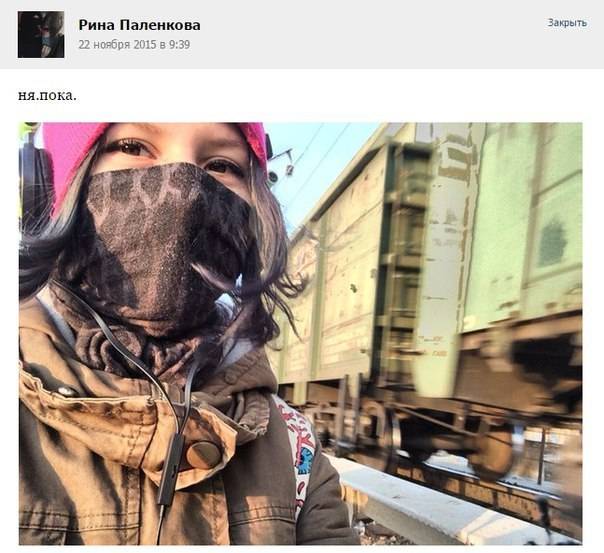 Source: vk.com
The main driver of suicidal hysteria naturally became the Internet itself, like lightning carrying news and memes.

16-year-old Rina “Nya. Until". The girl put her head on the tracks of the approaching train. Suicide and the last post “Nya. Bye ”has become a guide to action for dozens of followers for a long time. It is not for nothing that children died in Dolgorukovo under the wheels of a locomotive.

This is a typical manifestation of the "Werther effect" or imitative (imitation) suicide. The term was introduced into psychological practice by David Phillips, drawing an analogy with the mass suicides in the 50th century provoked by Goethe's novel The Sorrows of Young Werther. The reference book of the participants in the "death groups" was, in turn, the work of Stacey Kramer "XNUMX days before my suicide."

At risk are adolescents from 12 to 18 years old who are not burdened with the attention of their parents and are actively involved in social networks. The years 2016–2017 were marked by the struggle against such groups, and certain successes in this matter were evident. Class teachers were required to conduct regular raids on the social pages of their students in order to identify suicidal tendencies. A "Cyber ​​Patrol" has appeared, explaining to parents the dangers that lie in wait for the child on the World Wide Web. As it turned out, the Blue Whales and their sympathizers were still there. They were exterminated from the VKontakte network, but they smoothly moved to instant messengers and Telegram.

So, on New Year's Eve, they barely managed to get a 14-year-old schoolgirl out of the clutches of death, who was finishing the deadly cycle of the Blue Whale game. Surprisingly, the curator of the suicidal public was 15-year-old Anna, who in the end almost fell under Article 10 of the Criminal Code of Russia ("Driving to suicide"). The curator's family escaped with compensation for moral damage, but the injured girl ended up in a psychiatric hospital.

The story of the "death groups" would be incomplete without reasoning about the reality in which today's youth lives in Russia. According to the Demographic Yearbook, which is published every two years, 2016 children died as a result of suicide in 720, 2017 children in 692, and 2018 in 800. Data for 2019 and 2020 have not yet been published, but the commissioner for the rights of the child under the President of the Russian Federation Anna Kuznetsova speaks of an annual 2,5 percent increase in child suicides.

Russia occupies the infamous 3rd place in the world in terms of the number of child suicides. In our country, adolescents commit suicide on average three times more often than in the rest of the world. 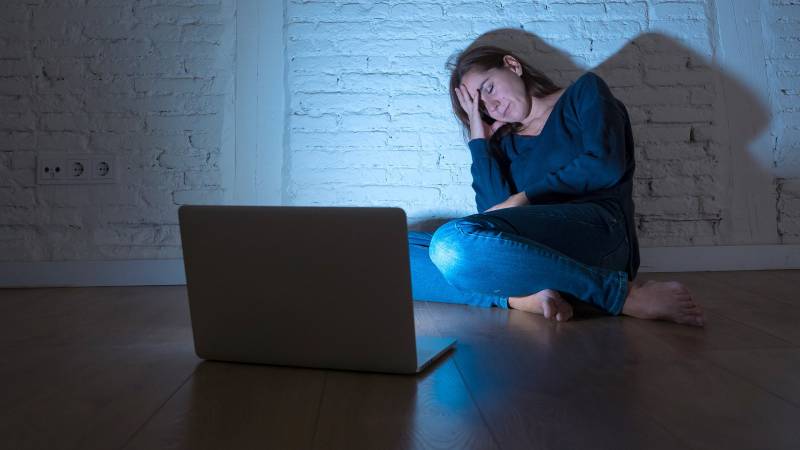 Source: Depositphotos
Let's return to the tragic death of children in the Lipetsk region.

The first victim Maria was very upset by the divorce of her parents. Based on an interview with the team of the channel "Editing", the father beat the mother, and the unfortunate woman had to spend the night with her daughter on the street several times. It is likely that against this background, the child developed mental disorders, which led to suicide. The third victim - Larisa was brought up in an orphanage, and she was only recently taken into a foster family. More or less happily life until June 2021 developed for the second deceased - Sasha.

Was Masha's participation in the “death group” a trigger for serial suicide? The question remains open.

Ctrl Enter
Noticed oshЫbku Highlight text and press. Ctrl + Enter
We are
A great interview with Sergey Lavrov: about Ukraine, Obama and IranWhat you didn't want to know about England
Military Reviewin Yandex News
Military Reviewin Google News
143 comments
Information
Dear reader, to leave comments on the publication, you must sign in.