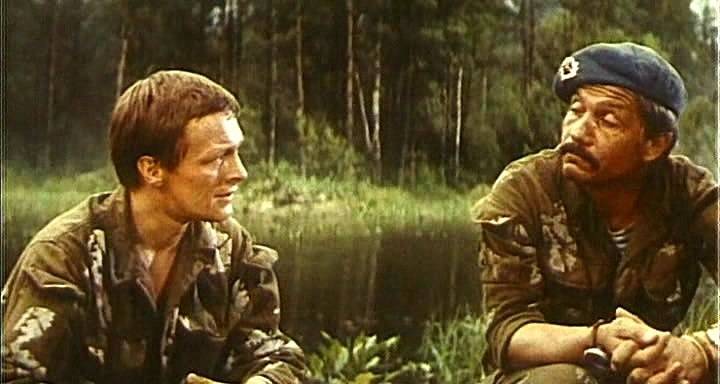 "In the area of ​​special attention"

Turned on the TV. I do not often do this - so, out of habit sometimes. But here I was lucky - there was a dilogy "In the zone of special attention" and "Return move". And I remembered one question that had stuck in my childhood as an annoying splinter: what kind of camouflage was on the scouts-paratroopers in the second film?

After all, I myself served in the army, and many of my peers have visited various troops and hot spots. From childhood, they carried everything that at least more or less related to uniforms. And some hunters and fishermen do not get out of it even now. But just such a coloring did not come across.

I got into the world network and learned a lot of interesting things about clothes for these films ...

Here lieutenant Tarasov and warrant officer Valentir are sitting on the bank of the river and argue about how to carry out the task. From childhood, familiar shots and familiar camouflage - "birch" in the folk way. But it was applied to a dozen costumes by hand (which is still a headache for dressers) and, most likely, with bleach. Moreover, it was applied to the OKZK-D (the combined-arms protective suit of the paratrooper - an analogue of the OZK, only cloth and soaked in terrible chemistry, they said, a very smelly thing).

Why did you have to do this?

By personal order of the Commander of the Airborne Troops V.F.Margelov. As well as the fact that the paratroopers should be in the frame in blue berets! In juicy, Russian expressions, Vasily Filippovich said that he was ready to tear his throat for a beret.

The filmmakers agreed that in this way, indeed, the main characters would look even brighter.

Since there was no trace of the Afghan woman yet (the film was released in 1977), this handmade was used. 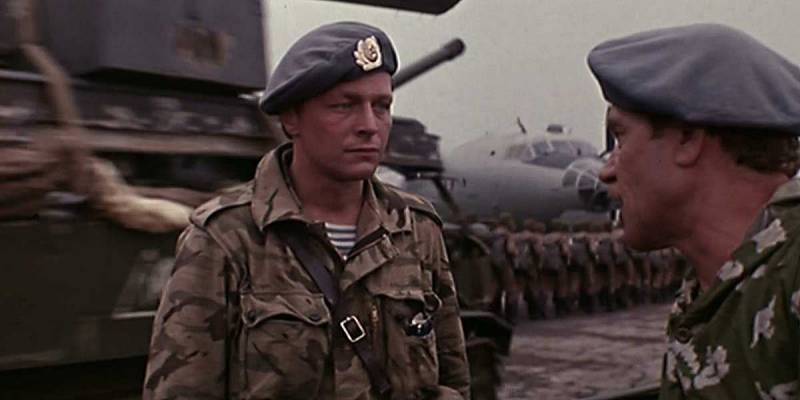 And here is the "Return move". It was released in 1981. It shows even more samples of equipment, combat arms and even ships. The reconnaissance group now consists of two paratroopers and two marines. With the latter, everything is clear - they are in black uniforms, which were considered the hallmark of our sailors. Well, except for one nuance, more on him later.

But what are the paratroopers wearing?

Many people mistakenly refer to sewing as “Afghan”. But this is not the case. The slanted bottom pockets on the jacket and the shape of the trouser pockets indicate the roots of the French skydiving uniform. Later, however, the Portuguese used the style and all sorts of copyists from Africa. But the fabric ...

Tricolor camouflage with brown and green strokes on a light background. If they were longer, it would have turned out to be a French "lizard", we sometimes call it "tiger". But the lines are short. And sewing is professional from finished fabric. Here they no longer began to apply bleach on cotton through a stencil.

Consequently, a batch was ordered on an experimental basis. The Soviet film industry of the 80s could afford it. But they were clearly guided by the imported "lump" that came to the USSR, most likely from Angola. It was there that our advisers helped the next struggle for independence.

Now about the nuance with the Marines.

During the scene of practicing hand-to-hand combat on the deck, all helmets were made of the same camouflage. This was done, apparently, in order to create the appearance of mass character and prevalence. 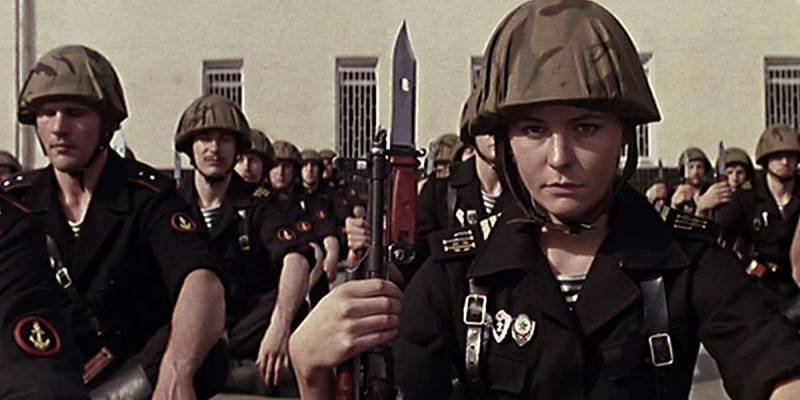 Well, and the highlight on the cake.

At the very beginning of the film, a scene is played out where Lieutenant Colonel Moroshkin and a capture group conduct a successful operation to intercept the courier with plans for the operation. Always dressed in a field uniform, Moroshko this time appears in some kind of khaki overalls. As well as a group of fighters under his command. 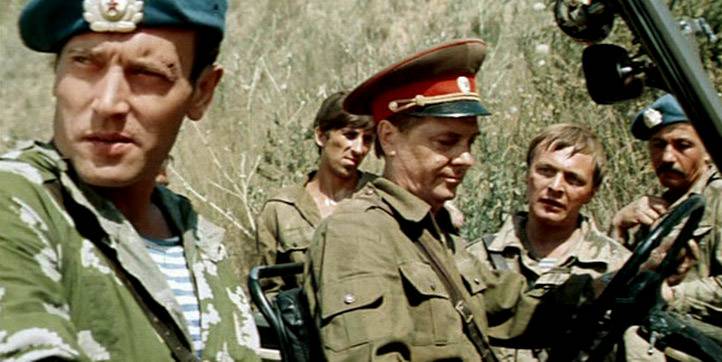 So, in the opinion of the uniformists, these overalls are the Polish Army. This is indicated by the shape and location of the pockets.

And so it turns out - if someone wants such a camouflage as in the movie "Return Move", then it cannot be found on store shelves and cannot be ordered on the Internet. A piece thing.

Ctrl Enter
Noticed oshЫbku Highlight text and press. Ctrl + Enter
We are
About Stalin and KhrushchevWhat you didn't want to know about England
Military Reviewin Yandex News
Military Reviewin Google News
144 comments
Information
Dear reader, to leave comments on the publication, you must sign in.