"Pandemic" - a tool of world war 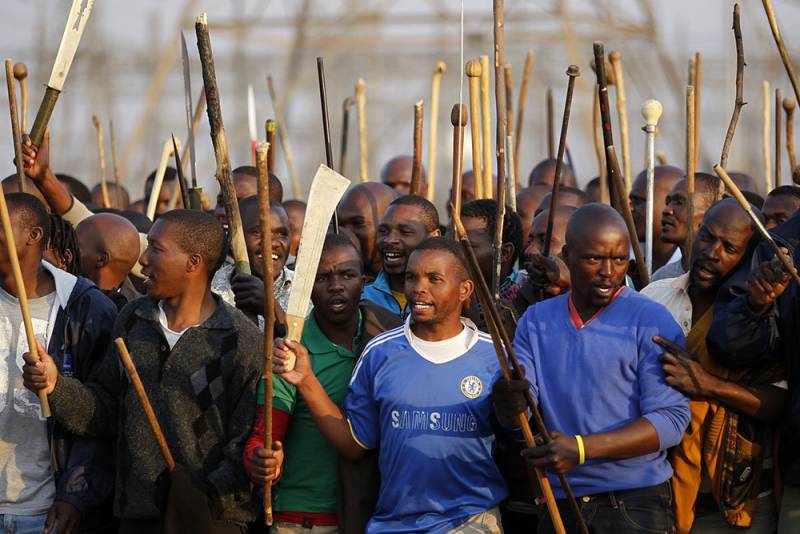 The Russian experience of compulsory vaccination has obviously failed. People are looking for ways to avoid getting vaccinated, doing antibody tests, or even trying to trick the system. People don't believe vaccines are miraculous. The Russians are sabotaging the construction of a "brave new world", they do not want to exchange freedom (will) for imaginary security.

"Pandemic" - a method of global war

Today we are in a state of global war (the fourth world war). Hence all the crises and problems - a revolution in prices for literally everything (equipment, cars, real estate, building materials, food, etc.), the ruin of the middle class, the growth of the poor and the poor, an increase in the number of the super-rich, prohibitions, reduction of human rights and freedoms, the strengthening of prohibitive measures, unrest all over the planet, riots in South Africa, the offensive of the Taliban in Afghanistan, etc.

In conditions when it is impossible to use the usual instrument for resolving the crisis - "hot" war, they have found a substitute surrogate. "Virus". At the same time, they do not give up the war at the local, regional level. Examples are fighting in Syria, Libya or Afghanistan. However, at the global level, it is a "pandemic".

The mechanism for creating a new world order is the choice of the population between illusory security and freedom. It doesn't matter that security is imaginary, the main thing is that people believe in it. All the countries of the "golden billion" (the core-metropolis of the capitalist system) for a year and a half gave up freedom and a part of national sovereignty in exchange for the security that vaccination supposedly guarantees them. Small groups of people chose to resist, but in general, the population of the "developed world" joined forces in a "digital concentration camp". Rights and freedoms were exchanged for a phantom of security. Fear, horror, terror, hysteria and global social networks turned out to be stronger than the willingness of people to stand up to the end, but preserve free will.

In Russia, the coronavirus hysteria, bans and pressure from the authorities did not work as in the "free world."

The Russians, obviously, at the level of the collective unconscious, felt that this was a muddy business and that they had to wait. 70-80% of the population is against compulsory vaccination for some vague purpose. Russians are ready to sacrifice even their own health. What went off with a bang in the West does not work in Russia. The Russians have once again shown themselves to be the most unpredictable and stubborn people who break all rational and logical scenarios and plans that are drawn up in the West.

The problem, however, is that a new global order can only be built if it concerns everyone. If there are states and territories in the world where the "new brave world" did not take place, then the scenario of the current world war and the future of mankind will be broken.

What will the forces that unleashed this world slaughter have to do?

And because of the regime of hysteria, bans, a falling economy, rising prices, stress, the collapse of medicine aimed only at covid, so many people are already dying, as if a war is going on. To persecute, to drive into the "global concentration camp" all who still resist. Inventing new viruses, causing a collapse of basic infrastructure (cyber terrorism), causing famine, or organizing new wars. But push your script.

Earlier, it was suggested that at the Biden-Putin meeting in Geneva, the American president put forward an ultimatum to Moscow until the end of 2021 (Crusade against China. Ultimatum of Russia). Russia must pass the test of loyalty to the "new world order".

It seemed that this primarily concerns China. But, judging by the latest events, this point is still secondary in comparison with the project of the "brave new world". Russians must show loyalty to the new world order - first, the mask regime and sanitary distance (it is now called social, although initially it is the distance between social classes, groups and races, when "a black man should have known his place"), then - vaccination.

Who is most loyal to the orders of the WHO-UN - the countries of the "golden billion", the "developed world".

Who is the most disloyal? Russia with its 70% refusal to vaccinate.

Therefore, Russia will be forced to loyalty. The methods are different. On the western borders, from the Baltic to the Black Sea, NATO countries are continuously training exercises. Military demonstration. A threat arises in the southern underbelly of Russia - the Afghan question. Ukraine is frankly and clearly becoming a NATO bridgehead aimed at us. There is a blocking of Belarus. They are kindling a new war in the South Caucasus.

Inside the country there is a "rocking boat" - a rise in prices, tax burden, utility tariffs, managerial idiocy, completely stupid bans, etc. The division of people into "clean" (vaccinated) and "unclean". Terrible social stratification.

The next step is unrest, the destruction of state structures around the world. Successful examples already exist, as in Iraq, Syria and Libya. Now riots have engulfed South Africa, unrest began in Cuba. A pandemic of fear leads to chaos and aggression.

Thus, having conducted a successful global campaign to manipulate the consciousness of large masses of people who have exchanged free will for illusory security (a universal code of loyalty, accounting and systematization of people), the masters of the West are moving to a new stage - the destruction of national statehood.

"The new world order will be built against Russia, on the ruins of Russia and at the expense of Russia."

Ctrl Enter
Noticed oshЫbku Highlight text and press. Ctrl + Enter
We are
The world we leave, the world we enter, and the world between themThe fourth world war and its historical features
Military Reviewin Yandex News
Military Reviewin Google News
302 comments
Information
Dear reader, to leave comments on the publication, you must sign in.