How Bitcoin affects the ecology of the Earth 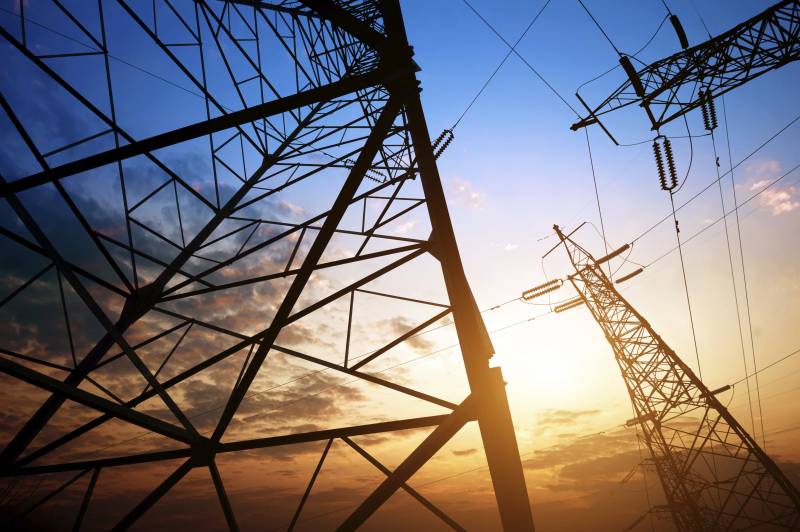 In just a couple of years, cryptocurrencies have finally turned from something unusual into a completely ordinary thing, which is recognized by economists, IT specialists, and has become more understandable for ordinary citizens. At the same time, Bitcoin remains the most famous cryptocurrency.


Bitcoin, like other cryptocurrencies, does not appear out of thin air. This digital currency is directly powered by electricity and enormous computing power. No other branch of modern life requires as much new and very expensive computer hardware as mining bitcoin and other cryptocurrencies.

It is not surprising that today the environmental impact of cryptocurrency mining is increasingly being discussed. There is debate over whether the process of mining cryptocurrencies really has an impact on the carbon footprint. In a world in which many countries are actively fighting to reduce carbon dioxide emissions into the atmosphere, working on the development of renewable, so-called green energy, this issue is really on the agenda.

The most expensive and well-known to date cryptocurrency "bitcoin" consumes more electricity to ensure its performance than many countries. The corresponding calculations have been made by experts at the University of Cambridge for several years. So, already in 2019, bitcoin mining and ensuring the operability of this network exceeded the annual energy consumption of Switzerland in volume.

In 2021, scientists from the University of Cambridge presented new data.

During this time, the popularity, and most importantly, the price of bitcoin in the world has increased many times. Bitcoin mining required 2020 TWh (terawatt hours) of electricity to be generated in 123,99, according to British scientists representing one of the world's oldest universities. This is more than countries such as Argentina or the UAE consume per year (121 TWh and 113,2 TWh, respectively). 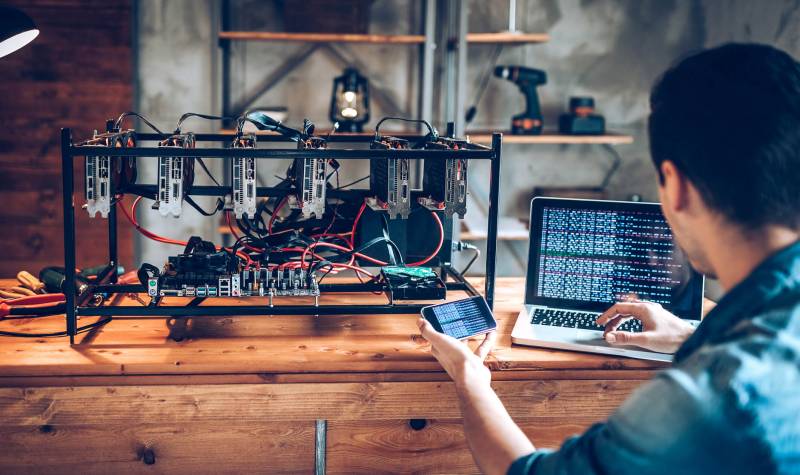 Small home crypto farm
For example: Russia consumes 965,2 TWh of electricity per year. And the global consumption of electricity by mankind is estimated at 20 TWh per year.

Compared to these numbers, the energy consumption to keep Bitcoin running doesn’t look so big anymore. Bitcoin currently accounts for approximately 0,57 percent of the total electricity consumed by humanity. True, it should be noted that we are talking about only one, albeit the most popular cryptocurrency. But there are dozens and hundreds of other cryptocurrencies, the mining of which also consumes certain resources.

In any case, even now, the energy consumption for the production and maintenance of the ecosystem of one bitcoin is ahead of the consumption of electricity in a large number of countries of the world that are not the smallest in terms of population and size.

For clarity, experts from Cambridge gave examples from everyday life. Thus, the annual consumption of electricity only by bitcoin could ensure the operation of electric kettles throughout Europe, together with the UK, for 4,1 years. And the University of Cambridge's electricity needs would be met 704 years ahead.

How Elon Musk first accepted bitcoin and then abandoned it

In March 2021, there was a lot for the growth and rate of bitcoin, and the American billionaire Elon Musk made interest in it. A businessman and engineer popular in the world and in Russia, who is actively developing his private space company SpaceX, has publicly supported cryptocurrencies, including on his social networks.

Bitcoin was greatly influenced by the decision of Elon Musk and his company Tesla, which produces electric vehicles, to accept payments for cars in cryptocurrency. Tesla authorized the sale of its own electric cars for bitcoins on March 24, 2021. This payment method was only available to US citizens. At the same time, the founder of the company, Elon Musk, noted that the automaker would not convert the received cryptocurrency into fiat money (money familiar to all of us).

Even earlier, in early February 2021, Tesla acquired $ 1,5 billion worth of bitcoins. By itself, this transaction would not have affected the bitcoin market, whose capitalization exceeded one trillion dollars, but the very fact of the official recognition of the cryptocurrency by a large company, which announced the diversification of its own funds in this way, had a positive effect on the rate of cryptocurrencies. 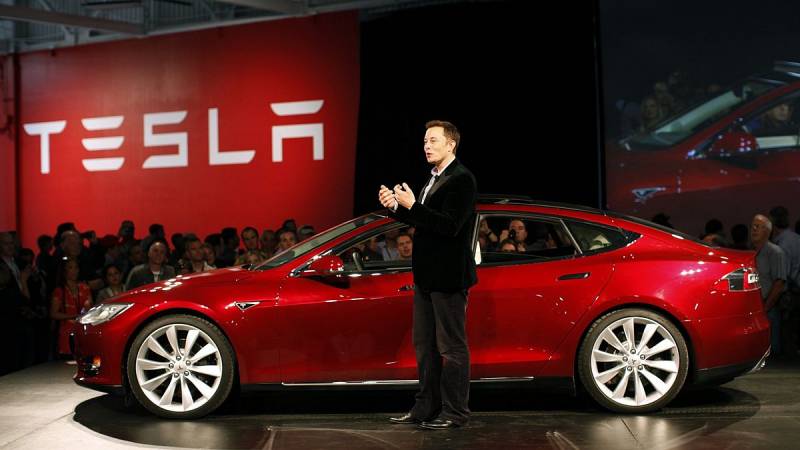 True, very soon - already in May 2021, Elon Musk made a statement that Tesla was suspending the sale of electric cars for bitcoins. The head of the company said that the automaker will not accept cryptocurrency until it is mined using sustainable energy sources that do not harm the environment.

On Twitter, Elon Musk wrote that Tesla is concerned about the rapidly growing use of fossil fuels in the world, primarily coal, which has the worst emissions among all types of fuel, for mining cryptocurrencies and conducting operations with bitcoin. Elon Musk noted that the company cannot afford to harm the environment.

For the automaker, which relied on electric cars, this is an understandable position, however, in February and March 2021, concern for the ecology of the Earth did not interfere with the company in any way, allowing it to make money on the resale of existing Bitcoins due to a profitable exchange rate difference.

It is known that at the end of March, the company sold $ 272 million worth of bitcoins, showing a profit of $ 101 million on this one transaction. This allowed the company to post a record quarterly profit in stories in the amount of $ 438 million.

So in business matters, the carbon footprint sometimes fades into the background, especially when it is very beneficial for the development of the company.

Today, many copies break when deciding what energy is used to mine cryptocurrencies?

It is known that a large number of crypto farms are concentrated today in Scandinavia and in Russia in Siberia. This is due to low air temperatures, which allows cryptocurrency mining business creators to save money on cooling farms. At the same time, in Scandinavia, for the extraction of cryptocurrencies, renewable energy is more often used, which does not leave a carbon footprint in the Earth's atmosphere.

Estimates of what kind of energy is being used to generate bitcoin differ significantly.

For example, experts from the already mentioned Cambridge University believe that now from 29 to 39 percent of the electricity used by miners is already renewable. 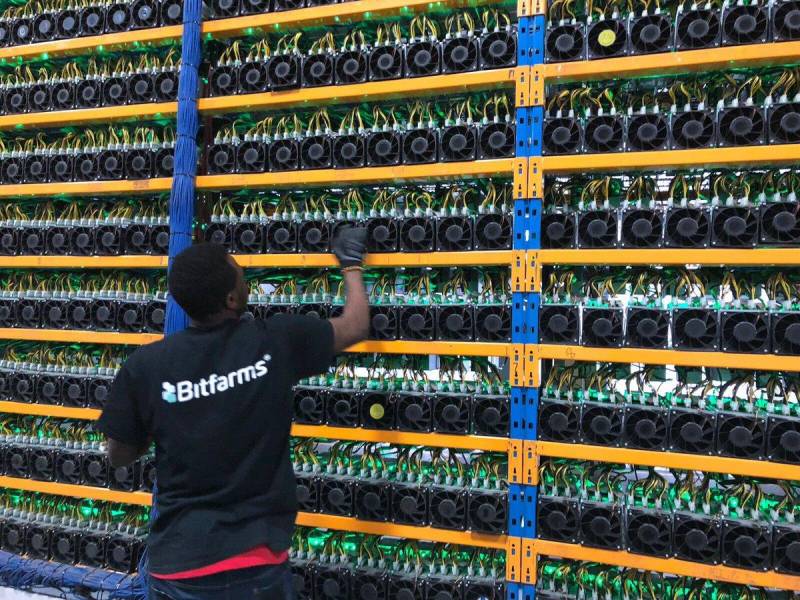 Industrial crypto farm of the Canadian company Bitfarms
At the same time, according to estimates by the British investment firm CoinShares, the total share of renewable energy in bitcoin mining has already reached 73 percent. This forecast is based on the fact that most of the large mining centers located in Scandinavia or Southwest China are located in regions with excellent hydropower development. By the way, this is also typical for Siberia, where almost 50 percent of electricity is generated at hydroelectric power plants.

Many countries in which large crypto farms operate are developing alternative energy based on renewable sources. The same Scandinavia has made a huge step in the development of wind energy. China follows the same path, which is actively developing solar and wind power plants, significantly ahead of the United States in this direction.

Another interesting observation is that electricity can be used to generate bitcoin and maintain its ecosystem, which has already been generated, but is not needed by anyone. That is, it has already been produced, but there are simply not enough consumers to use it all. There are regions in the world in which the production of electricity exceeds the needs of the population and industry.

Such places are a real godsend for miners, as the surplus of electricity often promises low prices. Here, the carbon footprint from electricity generation has already been left, if we are not talking about renewable energy sources. Therefore, mining cryptocurrency will not add any new emissions.

The question of whether cryptocurrencies affect the ecology of the planet remains controversial.

In many ways, the position on this issue depends on how a person himself relates to bitcoin or ether. For those who consider these currencies to be quackery and another financial bubble, it is easier to believe in the negative impact of cryptocurrency mining on the global environment. 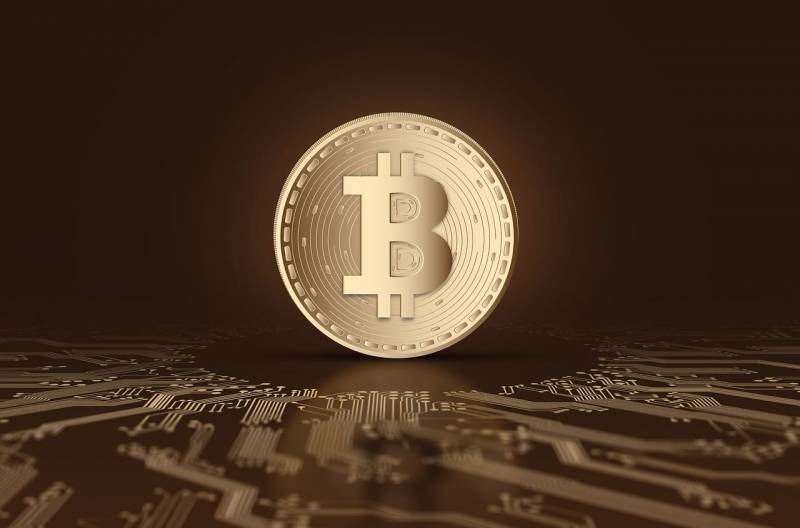 At the same time, of course, cryptocurrencies are already having an impact on the ecology of the Earth. Half a percent of global electricity consumption just to support bitcoin is already a noticeable impact. But here it is worth understanding that cryptocurrency mining is just the tip of the iceberg.

A huge amount of energy and resources is spent on the production of various computer hardware, the development and release of new chips and video cards, which are necessary for the extraction of cryptocurrency. Such production itself consumes a huge amount of resources, including rare earths and precious metals that still need to be mined. At the same time, the further production of printed circuit boards is in itself environmentally harmful, and the boards themselves are non-degradable material in nature.

And here you can use the evaluative approach. Obviously, in comparison with various industries, the mining of cryptocurrencies at this stage of its development does not have a significant impact on the ecology of the Earth. The same automotive industry is a much dirtier production, both during the production of cars and during the further disposal of automotive equipment. And it doesn't matter whether we are talking about cars with internal combustion engines or about "green" electric cars.
Ctrl Enter
Noticed oshЫbku Highlight text and press. Ctrl + Enter
We are
Why did the “offensive” of cryptocurrencies begin and what does it promiseAbout Stalin and Khrushchev
Military Reviewin Yandex News
Military Reviewin Google News
30 comments
Information
Dear reader, to leave comments on the publication, you must sign in.