5 September 2012
11
The RPG-26 grenade (during the course of testing was given the name Agleni) was presented in 1982 for preliminary tests, in 1983 for field tests. They were completed in February 1984. Pomegranate was developed by a group of designers, headed by Tokarev V.S.

During the design it was intended to implement in RPG-26 a number of new ones. solutions, which would make it possible to create a single-tube starting device made of fiberglass without a nozzle, replace the metal covers with rubber covers, ensure the possibility of transferring grenades from a marching to a combat position and back. 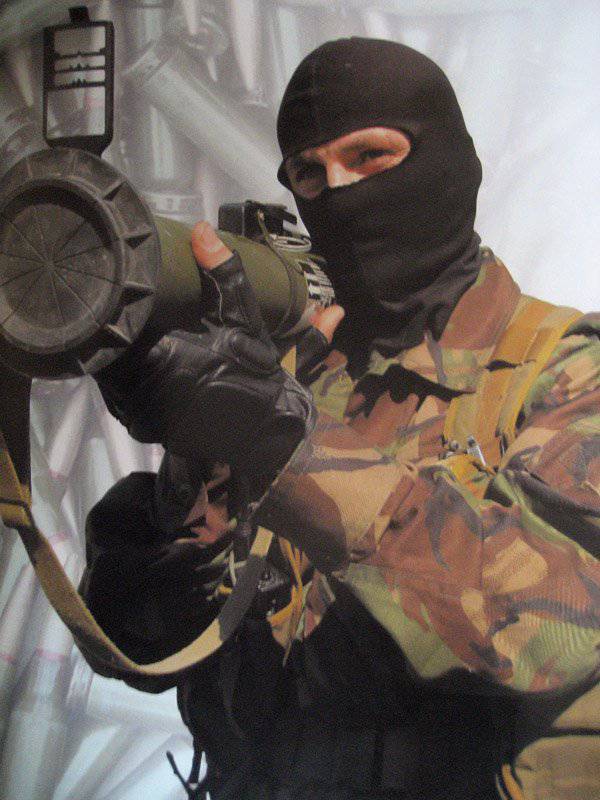 The painstaking work of the designers was crowned with success - a single-tube starting device was obtained that did not have a retractable attachment, the total length was 770 millimeters.

RPG-26 for the production of a shot must be installed on the shoulder, bring it into a firing position. To do this, turn the fly all the way up, pull the check out of the trigger and lift the safety strut up to the stop. In reverse order, the RPG-26 is transferred to the marching position from the combat one. RPG-22 can not be transferred to the hiking state.

According to the principle of the grenade, the PG-26 is similar to the PG-22, however, it has an increased power of action at the target due to the improved design of the cumulative part of the head of the grenade.

The jet charge of the engine is made from 7 / 1 TR B / A powder. At the head of the grenade used explosive brand Ofol.

The grenade fuse has undergone some changes. It reliably functions as a grenade even if the piezoelectric generator fails (in the event of an indirect impact on the protruding parts of the armored vehicle). The weight of the RPG-26 assembly increased by 200 g compared to the RPG-22 grenade launcher and is 2900 g. Such an increase in the weight of the RPG-26 did not reduce the ease of use of the grenade launcher. 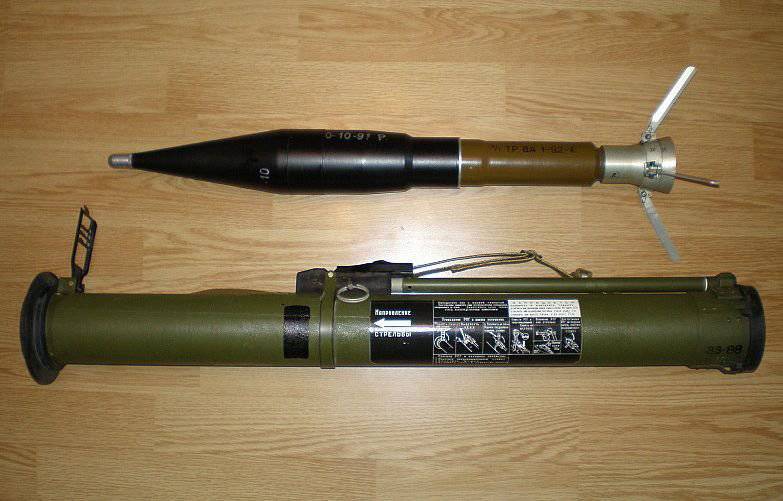