What is known about the Ukrainian medium-range air defense system 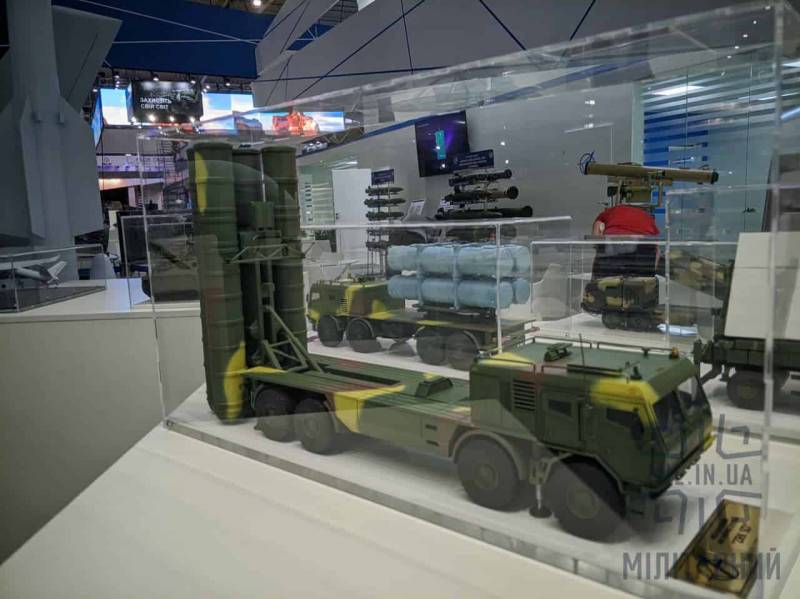 Today, the air defense of Ukraine is not in the most combat-ready state, like all the armed forces of the country, which very hard survived the collapse of the USSR and the subsequent upheavals. In many ways, the means of air defense of Ukraine are still represented today by Soviet complexes, many of which were released during the years of the existence of the Soviet Union.

Kiev is currently working to rectify the situation. But it is extremely difficult to do this in the existing economic realities. The Ukrainian armed forces will have to update almost all the models of existing weapons, and this is, first of all, large financial costs, as well as the attraction of serious scientific and technical resources and skills, which were also partially lost after the collapse of the USSR.

In these conditions, Ukraine creates new models of weapons and equipment, which in many respects continue to be based on the Soviet legacy. In the existing realities, there is nothing wrong with this, even a certain continuity is demonstrated.

In 2021, at the exhibition in Kiev, for the first time, layouts of a new Ukrainian medium-range air defense system were shown. The complex should hit targets at a distance of up to 100 kilometers. This development is currently at the preliminary design stage (that is, at the very beginning of the design). But according to the demonstrated models, it is already possible to draw certain conclusions. At the same time, the three-coordinate surveillance radar, which will almost certainly be part of the new complex, already exists in metal.

What is known about the new project of the Ukrainian air defense system?

The layout of the Ukrainian medium-range air defense system being developed was shown in Kiev, where the international specialized exhibition “Weapon and security - 2021 "(Zbroya ta bezpeka - 2021). The exhibition presented materials on the new air defense system, which is being developed by the state enterprise "State Kiev Design Bureau" Luch ". The complex under development is currently at the preliminary design stage. 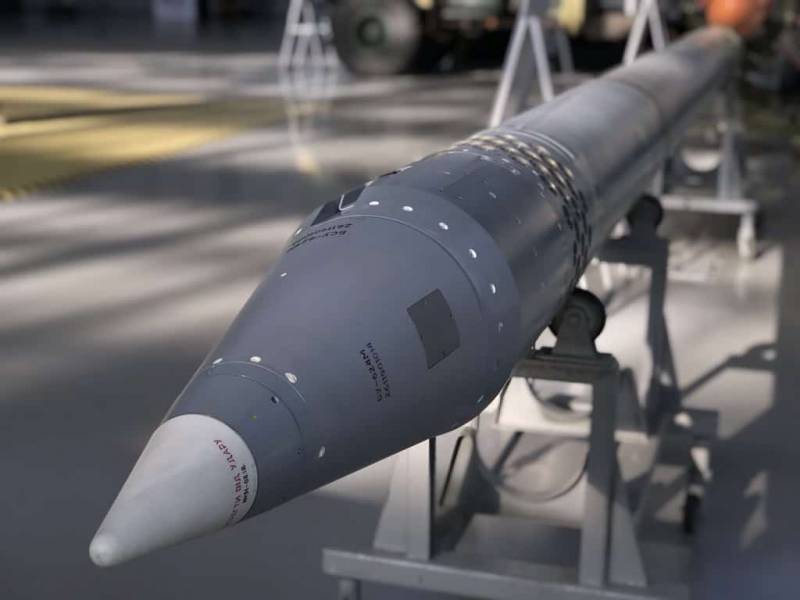 Rocket complex "Alder", photo: Ukrobronprom
In some Russian publications, the model of a promising air defense system is designated as SD-300, but in the Ukrainian media and on the websites of defense companies there is no index or designation for the model yet. At the exhibition, the layout was demonstrated simply under the designation ZRK SD ("ZRK SD").

Earlier, Oleg Korostelev, who holds the post of general designer of the Luch design bureau, told Ukrainian journalists that it would take about 2,5 years to create a Ukrainian medium-range air defense system. This could be followed by an order and delivery of complexes for armament to the troops. According to the forecasts of Oleg Korostelev, which he gave in the summer of 2020, the country had to spend about $ 30-50 million to create its own anti-aircraft missile system. A small amount by the standards of most Western countries.

According to Oleg Korostelev, many components of a promising medium-range air defense system have already been created. According to him, about 40-50 percent of the components have already passed the stage from development to full-fledged testing, including on other types of weapons and military equipment.

It is noteworthy that in the Ukrainian media, in particular on the website of the online edition "Ukrainian Militarist Portal", and at the exhibition itself, it was about the medium-range air defense system. At the same time, information is provided that the basis of the complex will be a guided missile of the high-precision MLRS "Alder", which has a flight range of more than 100 km, which will be modified and specially converted for the destruction of air targets. 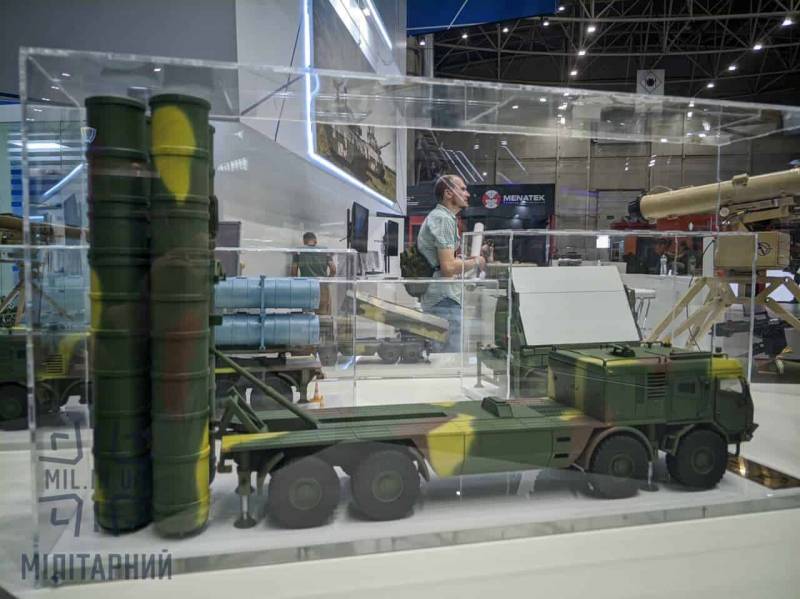 Layout of the Ukrainian medium-range air defense system, exhibition in Kiev, June 2021, photo: mil.in.ua
"Alder" is a project of modernization of the Soviet 300-mm multiple launch rocket systems "Smerch" for the use of new corrected ammunition. It is known that the Luch missiles for this complex have a range of more than 100 km. In particular, at the end of 2019, the Alder-M missile with a flight range increased to 120 km was adopted by the Ukrainian army. The modernization of such missiles for solving air defense tasks makes the new Ukrainian air defense system a competitor to the S-300 complexes, which remain in service with the Ukrainian army.

It is reported that the Ukrainian anti-aircraft guided missile (SAM) for the new air defense system received an active or passive homing head (GOS). Fortunately, the engineers of the state Kiev design bureau "Luch" have a wealth of experience in this area. Like the Republic of Belarus, Ukraine is actively working in the field of modernizing Soviet-made systems and weapons with subsequent deliveries to developing countries. Also, the defense industry of Ukraine is engaged in the maintenance and repair of Soviet equipment, competing with Russia in this area.

The Luch State Design Bureau previously developed a project for the modernization of the Soviet S-125 Pechora air defense system, which was put into service back in 1961. The renovation of the complex was originally carried out for Angola. The complex underwent a major modernization, and its missiles received a new active radar homing head. Similar GOS is planned to be installed on the missiles of the new Ukrainian medium-range air defense system.

Judging by the layout shown at the exhibition in Kiev, the air defense missile launcher is planned to be placed on the basis of a high cross-country chassis with an 8x8 wheel arrangement. Most likely, we are talking about military tractors of the Czech company "Tatra". At least visually, the car resembles the four-axle Tatra T815-7 model, which is widely used by the military in various versions. 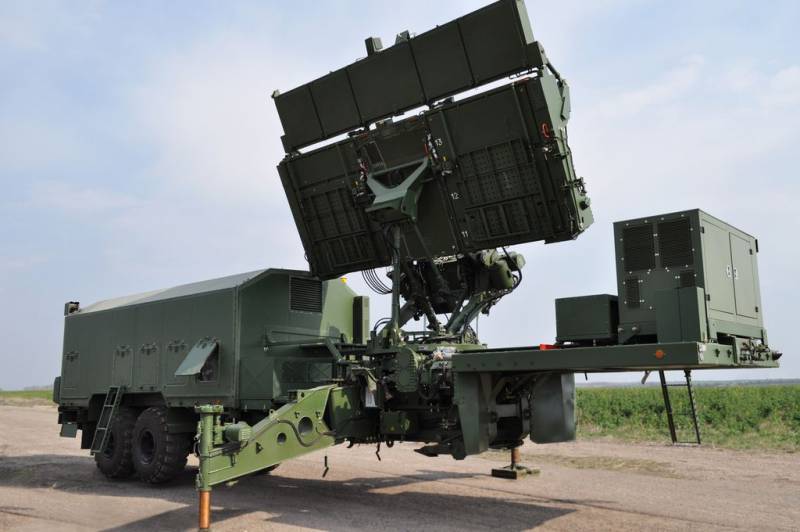 Three-coordinate surveillance radar 80K6KS1, which can be part of the new air defense complex, photo: iskra.zp.ua
On the launcher of the demonstrated layout, there were four transport-launch containers for missiles. Externally, vertical launch containers resemble those used on the Soviet / Russian S-300P air defense systems. Specialists of the thematic Russian blog bmpd admit that cash PUs of Soviet production can be used in the complex.

It is reported that the new complex will be able to hit all types of air targets: UAVs, helicopters, aircraft, and other aerodynamic targets. Also declared the possibility of destruction of cruise and ballistic missiles. It is especially emphasized that the complex will be able to deal not only with air targets, but also hit ground and radio-contrast surface targets.

Almost certainly, the anti-aircraft missile system will include a new Ukrainian three-coordinate surveillance radar 80K6KS1, which already exists in metal and has been tested. The first versions of this radar station were demonstrated back in 2014. The Iskra Research and Production Complex from Zaporozhye is responsible for the development of the radar.

The new station for detecting and tracking air targets is a further development of the 79K6 and 80K6 line of radars produced by the state-owned enterprise NPK Iskra. These radars were used in the Air Force of the Armed Forces and are well known to the Ukrainian military. At the same time, the 80K6KS1 radar has successfully passed state tests. The official website of the Zaporizhzhya enterprise reported this on June 10, 2021. 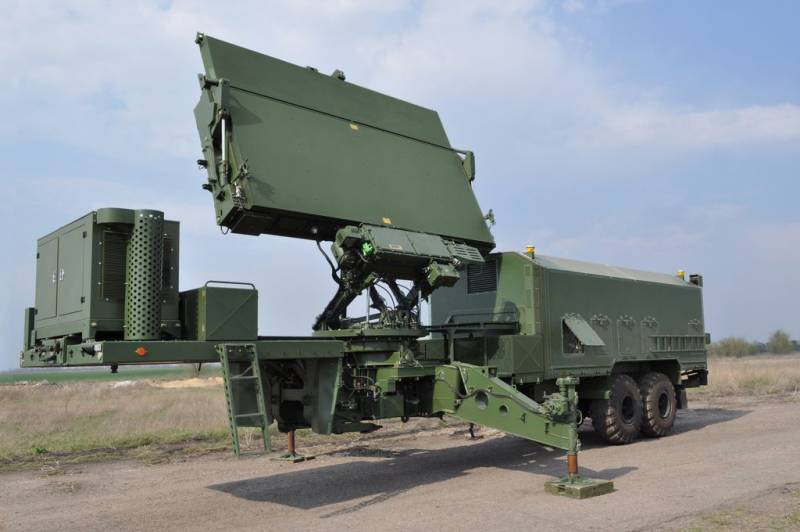 Three-coordinate surveillance radar 80K6KS1, which can be part of the new air defense complex, photo: iskra.zp.ua
Tests of the new radar lasted three months, according to the results of state tests, the commission recommended to adopt the 80K6KS1 radar into service and organize the serial production of the model. This surveillance radar is built on modern solid-state modules and a new element base using digital antenna array (DAR) technologies. Externally, the radar is a mobile system based on a semi-trailer that can be transported by standard army heavy wheeled vehicles (KrAZ, MAZ).

Known technical characteristics of the previous closest model of the radar 80K6K1. This radar of circular view (360 degrees) provided the detection and tracking of targets at low, medium and high altitudes. The maximum target detection range is up to 400 km, for tactical targets such as a fighter at an altitude of 10 km - 200–250 km. Radar operating limits: in elevation - 0 ... 35, 55 degrees; in height - up to 40 km, viewing period - 5, 10 seconds.

The radar is able to effectively identify and track air targets in the field of view, measure their speed and coordinates. The 80K6KS1 mobile three-coordinate radar is intended for use as part of anti-aircraft missile and radio-technical units of the air defense forces.

The main difference of this radar from the previous models of the 80K series is the placement of all radar equipment on one vehicle, which can significantly reduce the time for deploying / folding the radar to literally several minutes.