Under construction. Development of air defense in the Arctic 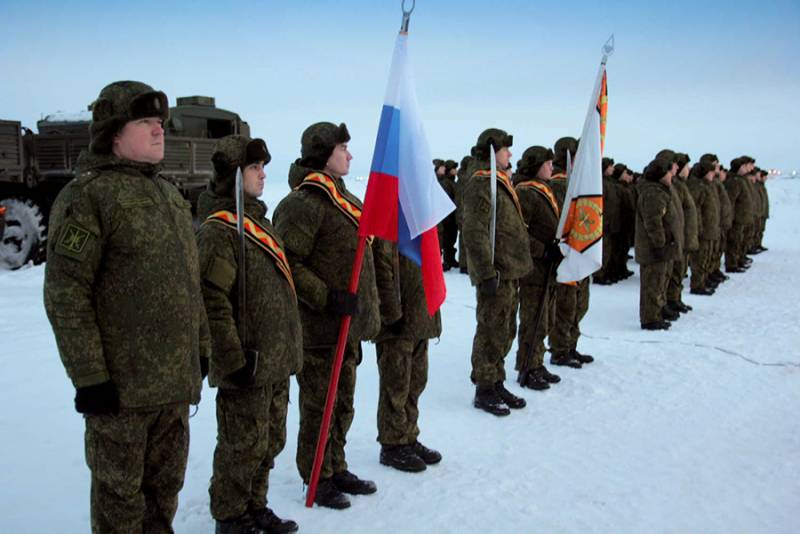 Personnel of the 33rd Anti-Aircraft Missile Regiment (Novaya Zemlya) at the ceremony of taking up combat duty, November 2015

The Russian army is returning to the Arctic, building new facilities and returning old ones to operation. One of the main tasks in this context is the restoration of the air defense of the northern borders. Several radio-technical and anti-aircraft missile units have already been formed and put on alert, and new ones are planned for the future.

Anti-aircraft gunners returned to the Arctic in 2015.At the beginning of the year, as part of the 45th Army of the Air Force and Air Defense of the Northern fleet the 33rd anti-aircraft missile regiment was formed based on Novaya Zemlya. Over the next months, the necessary infrastructure was prepared on the archipelago, after which the S-300PM anti-aircraft systems arrived there with calculations. In November 2015, the 33rd ZRP officially took up combat duty. It was noted that the regiment became the first full-fledged part of the Northern Fleet, formed and constantly serving on the islands of the Arctic Ocean.

In 2016, the regiment received the first division of modern S-400 air defense systems. In the future, there were new deliveries of this kind, which made it possible to replace outdated systems. In the fall of 2019, it became known that the 33rd ZRP finally switched to modern technology and abandoned the old S-300PM. The regiment also uses the Pantsir-S1 and Tor-M2DT complexes. 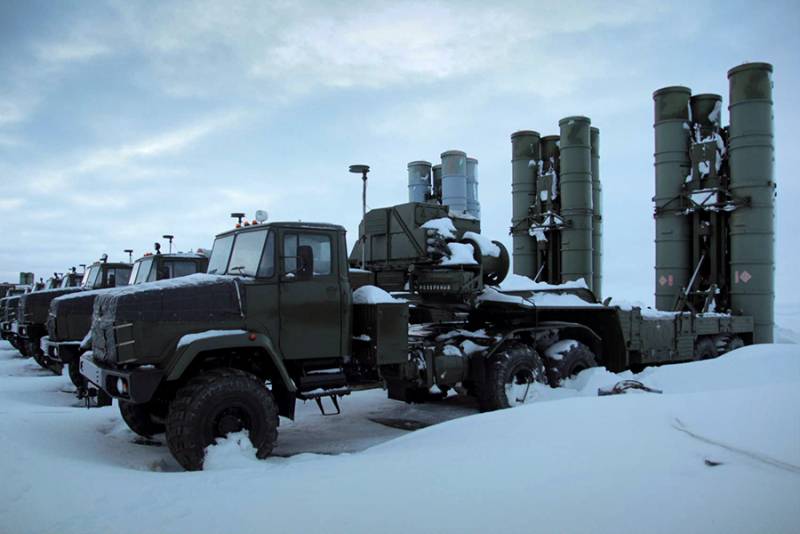 The materiel of the 33rd regiment in the early stages
In parallel with the missile units, radio engineering units were deployed. On the northern borders of the country, on the mainland coast and on individual islands, new bases and positions for radar systems have appeared. Among such objects, the most famous are the bases "Arctic Trefoil" on the island. Alexandra Land and "North Clover" on the island. Boiler room.

In 2018, the preparation of the infrastructure for the new part of the air defense began. The formed 414th Guards Brest Red Banner Anti-Aircraft Missile Regiment was decided to be deployed in the town of Tiksi in the north of Yakutia. According to the latest reports, the preparation and deployment of this regiment was to be carried out in three stages over the next 4-5 years.

The construction of housing and the base, as well as the restoration of infrastructure in Tiksi began in August 2018.At the beginning of next year, personnel arrived at the unit. In the summer of 2019, several ships delivered to Tiksi regular consignments of building materials and materiel for the 414th Guards. salary - more than 170 units. various equipment, incl. anti-aircraft complexes. 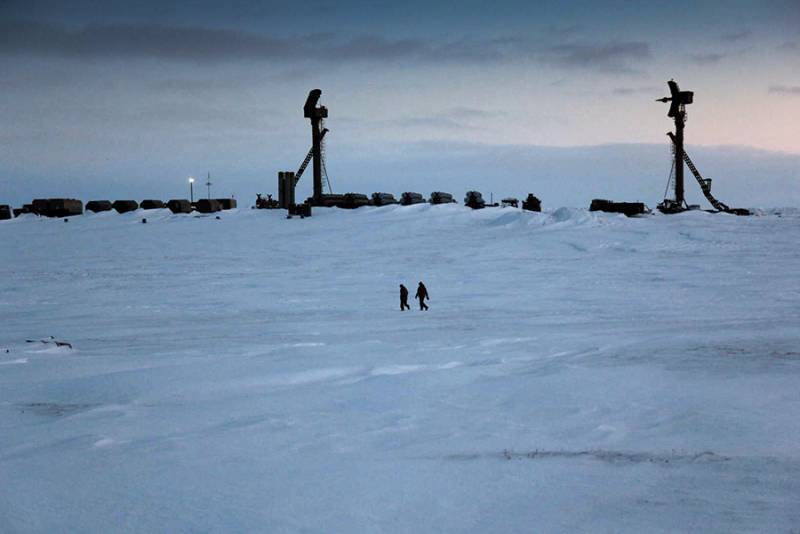 In February 2020, two new Arctic anti-aircraft regiments were consolidated into the 3rd Air Defense Division of the Northern Fleet. Shortly thereafter, in early April, a solemn ceremony of intercession of the 414th Guards took place. zrp on alert. The components of the S-300PS anti-aircraft system and other samples entered the position. It was reported that during combat duty, the regiment from Tiksi would interact and exchange data with other parts of the region that monitor the air situation.

According to known data, the construction of the base in Tiksi is divided into three stages. The completion of the second at the end of last year was announced by the Ministry of Defense. Thanks to all the work carried out, combat duty of anti-aircraft systems began, and a military town for 300 people was equipped.

The third stage will provide the base with new civilian facilities. New dormitories, a sports complex and a recreation center will be built for servicemen and their families. As Izvestia recently reported, this stage of construction will be completed in 2023 and will cost 1 billion rubles. In total, 3 billion were allocated for construction in Tiksi.

From the available data, it follows that the 33rd zrp on Novaya Zemlya has already acquired its final form. All the necessary facilities have been built / restored for it, and now only modern S-400 systems are on alert, covered by other new types of equipment. Now the regiment can continue to serve in a normal operating mode and show its full potential, making a significant contribution to the defense of the northern borders. 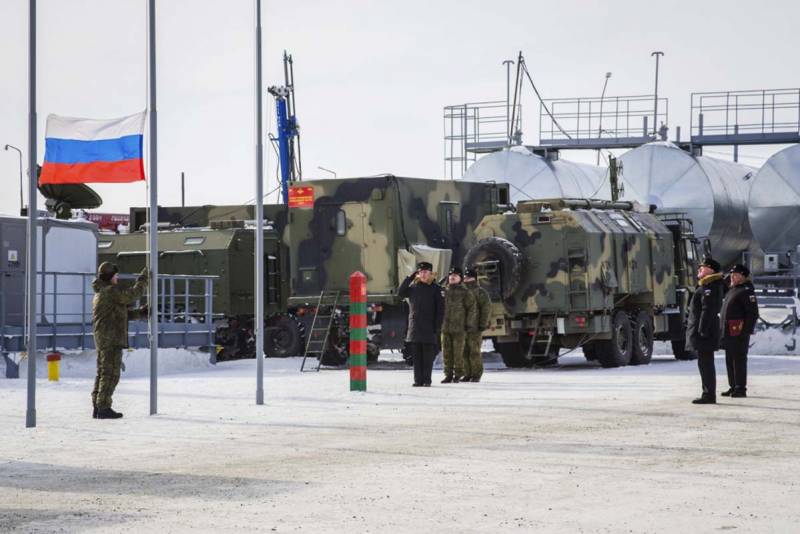 Solemn ceremony of entering into combat duty of the 414th Guards Anti-Aircraft Missile Regiment, April 2020
The 414th Guards Regiment in Tiksi is to receive new objects. In addition, the media reported on the planned rearmament. In the future, his S-300PS, which are not distinguished by novelty, will give way to the modern S-400. Also, the regiment can be armed with the latest S-350 Vityaz complexes.

A few years ago, information appeared in the press about the possible formation of another regiment. It was reported that such a unit would be created in 2018 and placed in the village of Dikson on Taimyr. Official news no such part has been reported yet. According to press sources, construction and other activities have been postponed to a later date.

It can be assumed that the preparation of positions and a military camp will not take much time. The support units of the Northern Fleet have already accumulated extensive experience in the restoration of old facilities, and the new air defense regiment in Dikson will be able to be brought up to combat duty in a minimum time. What equipment and weapons the regiment will receive is unknown. Modeled on existing parts, it can initially receive the older S-300P / PS / PM, and then move on to the modern S-400.

In the early nineties, along with the general reduction and collapse of the armed forces, our country lost a developed and powerful air defense group covering the northern borders. In recent years, the Ministry of Defense has been building new facilities and restoring lost opportunities. 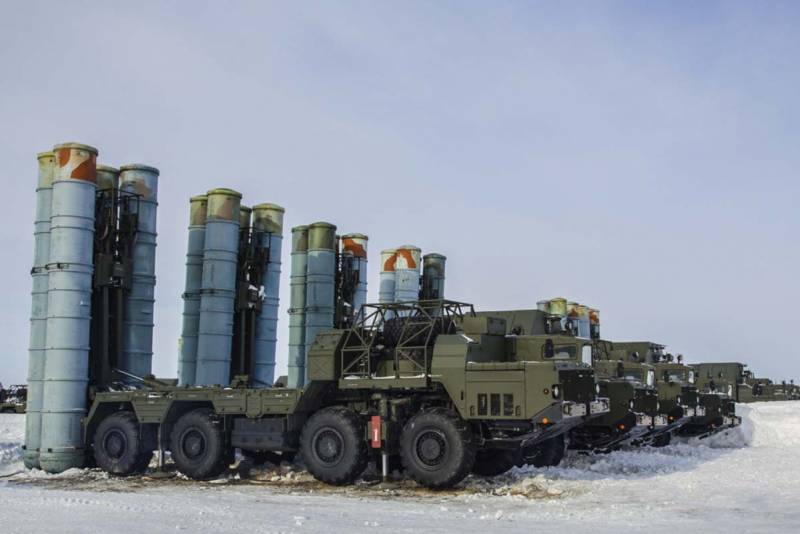 S-300PM complexes deployed in Tiksi
In the past, it was possible to restore and build up the potential of units serving in the North of the European part of the country. The strategic line from the Kola Peninsula to Novaya Zemlya and the Urals received reliable means of protection. Now the key task in the Arctic is to restore the radar field and areas of responsibility of missile complexes from Novaya Zemlya to Kamchatka.

According to various sources, most of these areas are already controlled by radio technical connections - it was for this purpose that unique northern bases were previously built. Deployment of new regiments with modern radars is likely necessary to close the remaining defense gaps.

The situation with the combat capabilities of air defense so far looks worse. At the moment, only two anti-aircraft missile regiments are deployed and are in service, which, by definition, cannot defend all northern borders. So far, only areas with a radius of 300-400 km on Novaya Zemlya and around Tiksi are protected from enemy raids or overflights. The proposed regiment in Dikson will be able to create a new defense area next to the 33rd airborne regiment's area of ​​responsibility. Its appearance will have a positive effect on the coverage of the lines, but will not completely solve this problem. 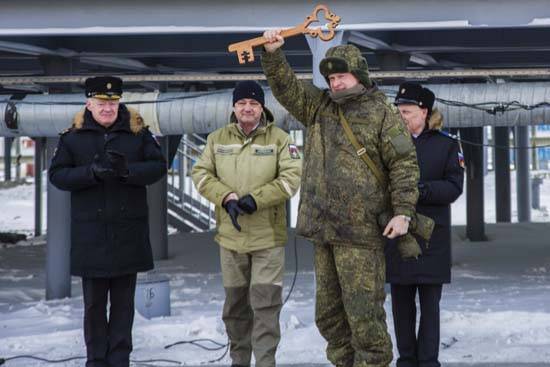 In fact, at present, the Russian armed forces have to rebuild a full-fledged air defense system of the northern borders. The newly formed units are sent to remote areas, and for them it is necessary to build all the necessary facilities and infrastructure, military and civil, from scratch. All these works are complex and costly, and also require a lot of time. For example, the implementation of all plans in Tiksi will take a total of approx. 5 years.

However, all these efforts and costs are fully justified. The Arctic is of great military-political and economic importance, and therefore attracts increased attention from different countries. Certain risks arise, and our army needs to take them into account. In such a situation, a modern, well-developed and numerous air defense system is of particular importance.

The air defense system is under construction and has not yet acquired its final form. However, its existing contours and possibilities, as well as ways of further development, are already clear. The combat capabilities of the existing system are sufficient for solving a number of tasks in peacetime and wartime, and in the future its potential will continue to grow. And this will obviously strengthen the defense in a strategically important area.