The summit is over, Vladimir Putin summed up the results of his meeting with Joe Biden 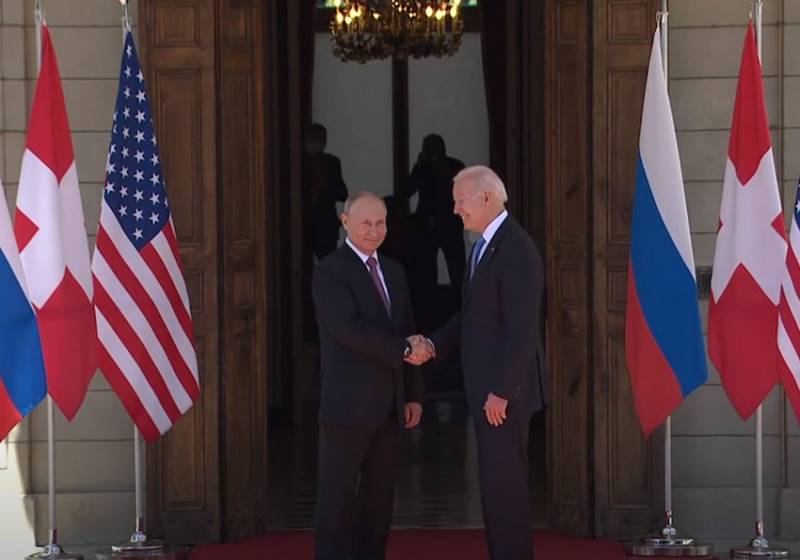 The meeting of Russian and US Presidents Vladimir Putin and Joe Biden ended in Geneva. The leaders of the two countries held talks at the Villa La Grange. This is the first Russian-American meeting since 2018 after Putin's talks with Donald Trump in Helsinki.


The meeting took place in two stages. At the first, which lasted almost 2 hours instead of the planned 1 hour 15 minutes, negotiations were held in a narrow circle, where, in addition to Putin and Biden, the heads of the foreign affairs agencies of Russia and the United States, Sergei Lavrov and Anthony Blinken, also participated.

After a 15-minute break, the parties embarked on the second round of negotiations, this time in a broader format, with the invitation of other members of the Russian and American delegations. There was no scheduled hiatus this time.

Following the summit, the Russian leader held a press conference. The only joint statement concerned the commitment of Russia and the United States to the principle that there can be no winners in a nuclear war.

Vladimir Putin answered questions from Russian and American correspondents, stating that the talks went "well", the talks touched upon issues of strategic stability, trade relations, regional and cyber security. One of the results of the meeting was the return of the Russian and US ambassadors to their places of work, but no specific dates were named.


The topic of Ukraine was touched upon, but "not in detail." According to the Russian president, Biden agreed that the Minsk agreements should be at the heart of the settlement in eastern Ukraine. The issue of Ukraine’s joining NATO was touched upon by a “smear”, “there is nothing to discuss here,” Putin added. When asked by an American correspondent about Russia's obligations to Ukraine, the Russian leader explained that there are no obligations, except for the implementation of the Minsk agreements, provided that Kiev is ready for this, and Ukraine is not going to comply with them.

There were several questions about Navalny, of course from the American media. Putin explained that Navalny is a criminal who ignores the laws of the country of which he is a citizen. Speaking about the systemic opposition, the president explained that they are sponsored by the United States and are promoting the ideas of America, which has declared Russia an enemy.

According to the President of Russia, a lot was discussed, including the Arctic, the exchange of convicts, trade relations, coronavirus, and so on. Summing up, he noted that after the meeting with Biden he had no illusions, Russia and the United States remained in their positions, agreeing to continue communication at various levels.
Ctrl Enter
Noticed oshЫbku Highlight text and press. Ctrl + Enter
We are
The big press conference of Vladimir Putin
Military Reviewin Yandex News
Military Reviewin Google News
121 comment
Information
Dear reader, to leave comments on the publication, you must sign in.