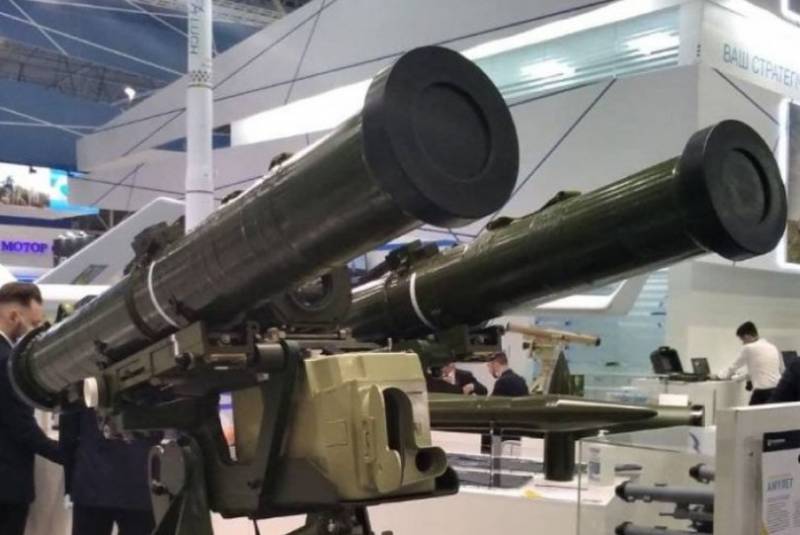 The second day of the exhibition “Weapon and Security - 2021 ”, where defense industry enterprises demonstrate their products. The State Kiev Design Bureau (GKKB) "Luch" (Ukraine) for the first time presented at the exhibition the missile system "Amulet" for new anti-tank missiles. It is adapted for the use of both the RK-2S missiles and the latest, as they say in Ukraine itself, RK-2M.


The newest anti-tank missile RK-2M is distinguished by a longer firing range (5100 meters versus 5 thousand in the RK-2S), a large caliber (152 mm versus 130) and increased armor penetration - at least 1000 mm when using a tandem cumulative warhead with armor penetration with reactive armor ... In RK-2S, the latter figure is 800 mm. 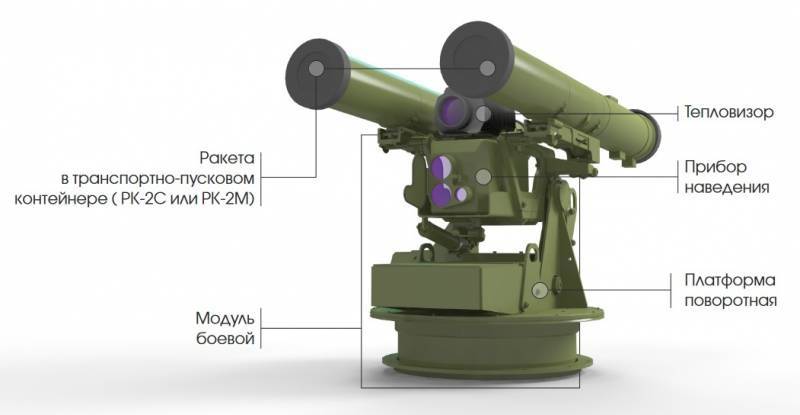 Also "Luch" presented combat modules for arming boats of the Navy and the Maritime Guard of Ukraine. This is a complex of guided naval missile weapons "Barrier-VK", designed to destroy ships, ground armored targets and helicopters with RK-2V missiles. It is capable of detecting objects at a distance of 12 kilometers and has a range of seven kilometers. The guidance system operates on a laser beam with target tracking in automatic mode.

Ctrl Enter
Noticed oshЫbku Highlight text and press. Ctrl + Enter
We are
Summary of the week from voenkor Mag about events in the DNI and LC 21.04.18 - 27.04.18The weekly summary of 9-15 December about the military and social situation in the DNR and the LC from the military men "Mag"
Military Reviewin Yandex News
Military Reviewin Google News
38 comments
Information
Dear reader, to leave comments on the publication, you must sign in.