"The Be-200 is used in very difficult situations": Russian amphibious aircraft are praised in Greece, but purchased in the West 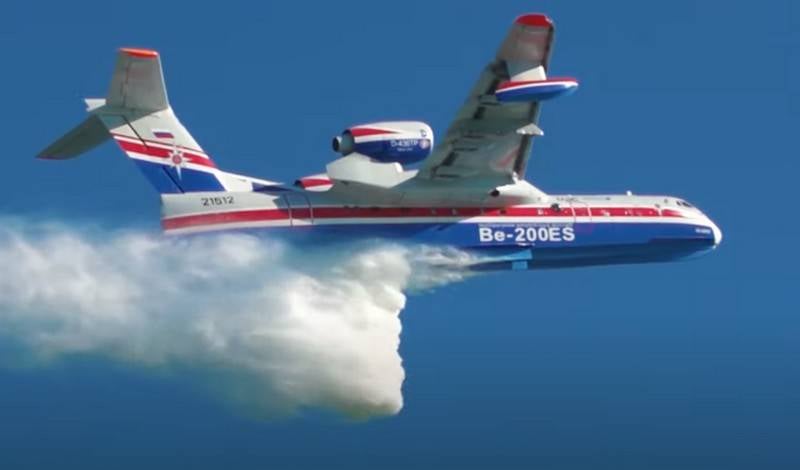 Large-scale fires in Greece, accompanied by the death of dozens of people, have long been seasonal. Rural fires are cited as the main cause of the disaster.

As the newspaper "Πτήση & Διάστημα" reports, against the background of the deteriorating situation in this area, the Ministry of Civil Defense announced the termination of leasing and the start of purchases of firefighting aircraft under the AIGIS program for a total amount of 1,76 billion euros. In total, it is planned to purchase 44 vehicles of this type by 2030.

It is expected that the funds that will be released after the refusal to lease will compensate the costs of the fleet renewal within 9 years. Procurement of specific types of aircraft is already being discussed, such as "new modern Can-CL-515 [8 units], which will replace the old CL-215, and the CL-415 will be modernized." After leasing six Air-Tractors this year, it is proposed to purchase 36 new machines of this type [possibly agricultural AT-802]. Thus, the quota for 44 firefighting aircraft has already been roughly distributed.

At the same time, in the said ministry, special hopes are pinned on the Russian Be-200 when extinguishing fires:

The last one arrives in Greece on Friday [June 18, unclear if it is on lease or traditional aid], this is the Russian "beast" Berriev, an amphibious aircraft that can carry 12 tons of water or foam and will be used in very difficult situations for extinguishing fires, since it has the ability to gradually decrease and works at the front for at least a kilometer.

The culprit of the Be-200 failures

Despite such laudatory reviews, the acquisition of completely different options is being studied - the CL-515 firefighting amphibians from the Canadian company Viking Air and the agricultural AT-802 from the American company Air-Tractor. It is possible that the Russian Be-200 is again “clipping its wings” by Ukraine: it is equipped with D-436 engines, which are produced in the “Square”. Given the permanent desire of Kiev to annoy Moscow, you don't even need to wait for the delivery of these power plants. Moreover, we are talking about creating competition for the "Western partners" of Ukraine, which firmly hold the leadership of the neighboring country in their hands.

Earlier, Russia has already missed one of the "tidbits" of the world market - in 2019 Indonesia became the first customer of the Canadian CL-515s. New failures should also be expected - China is actively offering foreign buyers the AG600 Jiaolong amphibian. The only opportunity for the Be-200 to stay on the world market is to accelerate the development and adaptation of the domestic PD-10 engine to the aircraft.

Ctrl Enter
Noticed oshЫbku Highlight text and press. Ctrl + Enter
We are
Day of fire protection. How the fire brigade of Russia was created and strengthenedReports from the militia of New Russia for 27-28 September 2014 of the year
Military Reviewin Yandex News
Military Reviewin Google News
37 comments
Information
Dear reader, to leave comments on the publication, you must sign in.