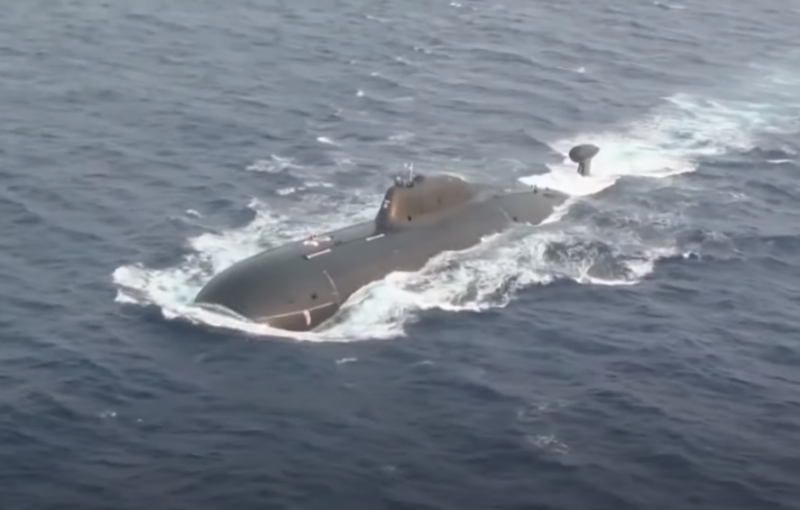 The explosion on board and damage to the hull of the submarine was the reason for the premature return by the Indian Navy of the project 152 submarine K-971 "Nerpa" leased from Russia. This was reported by a source in the Russian defense industry.

As a result of the explosion, the hulls were seriously damaged. Electronic weapons and sonar equipment were also damaged.
- leads TASS source words.

The repair of the submarine's hull was carried out by Indian specialists, after which it was decided to send the submarine to Russia, especially since the lease expiration date is approaching. At the same time, according to Indian media reports, the submarine was returned due to problems with its maintenance, including the power plant. Among other things, this wording can also fit the damage received, after which the submarine lost part of its combat capabilities.

A submarine with an Indian crew in Singapore was met by a squadron of Pacific fleet as part of the "Admiral Tributs" BOD and the sea tug "Kalar", which will escort the "Nerpa" to Vladivostok.
Ctrl Enter
Noticed oshЫbku Highlight text and press. Ctrl + Enter
We are
The contract for the transfer of India to lease the submarine project 971 close to signingIndia received a nuclear submarine "Nerpa" with a three-year delay
Military Reviewin Yandex News
Military Reviewin Google News
79 comments
Information
Dear reader, to leave comments on the publication, you must sign in.