Conflict in the Himalayas. Will we continue or it's time to stop 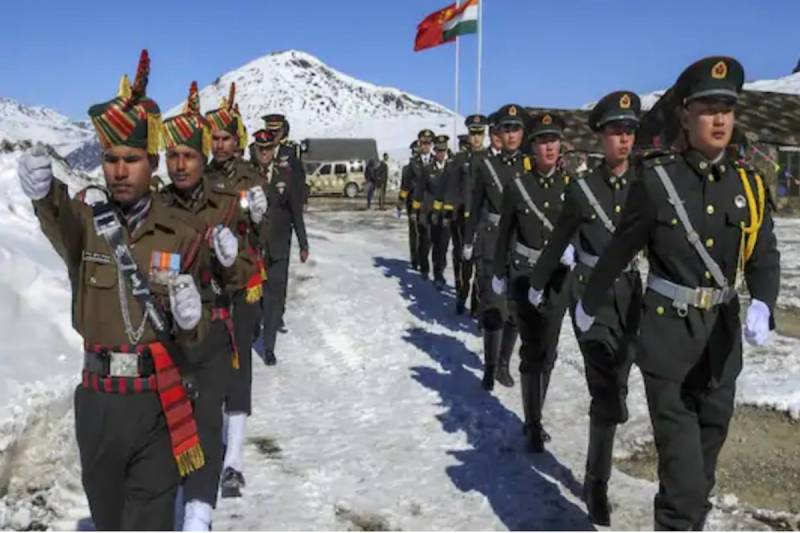 The first days of summer I associate with one "long-lasting" conflict, which, like a mountain flower, blooms every year right after the mountain passes open, exists all summer, sometimes bears bloody fruits in the form of dead and wounded and fades with the onset of cold weather. This conflict, without exaggeration, accompanies me all my life.


In recent years, it is at the beginning of summer that I see a war in the distant, I hope, future. When two nuclear states literally engage in clashes with each other using the most modern weapons - metal scraps of pipes and clubs with nails! At the same time, both countries fulfill the agreements on the withdrawal of troops, on the prohibition of the use of heavy weapons and other agreements that were signed by their representatives.

Those who follow the events in the world have already guessed that it will be about the Himalayas. More precisely, about the long-term Sino-Indian conflict over the disputed territories of the Sino-Indian border. To be legally precise, about the confrontation between the Chinese and Indian military personnel on the line of actual control (LFC). The borders are not legally agreed - the line is 3448 kilometers long! And this despite the fact that the common border between these states is a little more than 4000 kilometers.

A mine laid by the British more than half a century ago is still claiming lives today.

To understand the essence of the matter, it is necessary to go back half a century. Conflicts never arise out of nothing. There is always not only a reason, but also the head that invented, created and implemented this reason. The same Karabas-Barabas, who pulls the strings so that the dolls move, while always remaining behind the screen. In this case, the British Empire is the author of the conflict.

At one time, Britain, which owned India, did not really think about drawing the boundaries of its possessions and neighboring countries. Everything depended on the wishes of the colonialists. The border between India, China, Nepal and Bhutan was drawn in this way. They simply drew conditional lines, which received the names "Ard-Johnson line" and "McMahon line".

Naturally, such borders caused disputes between states at the beginning, in this case China did not agree - because of the "lost territories".

The first crisis in relations dates back to 1959, when China expressed its indignation over the loss of territories in a diplomatic note. It is clear that there was no reaction from India. In 1962, after a short but violent conflict, the Chinese army seized the strategically important Aksaychin region on the western section of the border, which made it possible to connect the road between the two most unstable regions of the PRC - Tibet and Xinjiang.

The territorial dispute was frozen. The 1993 and 1996 agreements did not demarcate the border and turned into an exercise therapy line of actual control. Hence the periodic clashes between the Chinese and Indians at the border. The first "stick-and-stick war", in my opinion, took place in 2017 on the Dolam plateau, when the Chinese tried to pave a road at the junction of the borders of China, India and Bhutan. Indian soldiers tried to push back the Chinese, but were met with a rain of stones from the enemy. There were no officially killed people at that time.

The bloodiest clash took place last year on the night of June 16 in the Ladakh region. Only the killed, the data of official and unofficial sources differ significantly, there were from 20 to 40 Indian soldiers and from 4 to 43 Chinese. Up to 500 people participated in the conflict on both sides.

By the way, an interesting fact, the soldiers of both armies categorically refuse to use weapon in such conflicts.

Probably, they do not consider such clashes to be something out of the ordinary.

I will step aside from the topic and describe this conflict in a little more detail. The way it was described in News 18 India.

So, when disengaging forces, the Chinese needed to remove one of the tents in which the soldiers lived. But then the whole platoon was deprived of "housing". Therefore, the Chinese simply moved the tent to another place. Then the Indians crossed the exercise therapy and simply began to push the Chinese out. A fight ensued, in which the Indians piled well on the Chinese. They retreated. The incident seemed to be over.

But at night the Chinese climbed the mountain and pelted the sleeping Indians with stones. Hand-to-hand combat began again, but the surprise of the attack played a role. And, unlike the Indians, the Chinese came armed with the very same sticks, fittings and other improvised means. The Indians were pushed back to the Galvan River (Jialevenhe, flowing along the line of control).

Beaten and wounded Indian soldiers jumped from a 5-meter height into a stormy mountain stream and ... The bodies of the dead were then collected downstream. The cause of death is hypothermia, injuries from being hit by fittings or from hitting pitfalls. This is how it looked in reality.

Why the leaderships of China and India cannot agree

A simple question arises - why?

Why do even meters of territory become the cause of human death? Why can't we come to an agreement? Why do Beijing and New Delhi speak openly, and most importantly, act in such a way as to avoid a serious war, but in fact every summer starts the same way? And every May-June brings some kind of conflict.

Both countries declare their readiness to repulse the aggressors, but at the same time they are not going to attack! The PLA constantly conducts exercises in conflict areas. Forms a fairly serious air defense system in its territories. Another interesting event last year, in this regard. During the conflict, 10 Indians were captured by the Chinese. All of them were transferred to India without any conditions.

India in the adjacent areas is intensively building infrastructure along the border, purchasing new air defense systems, there is even a project to build a tunnel for the rotation of the military in the winter, when the passes are closed.

Hypothetically, a war between China and India, even without the use of nuclear weapons, could entail huge human losses. Everyone understands this. But, probably, I will say a blasphemous thing for some, the demarcation of the border is hindered by ... democracy. Democracy as a political system. China, by virtue of its political system, may well conclude a really valid border treaty. And India?

As soon as there is at least some positive in the negotiations, the opponents of the peace negotiations start speaking under the slogan "How can we allow our soldiers to be killed with impunity?" or "We will not give our land to the Chinese." These "patriots" have already "eaten" one prime minister. The rest do not want to repeat the path of the loser.

So far, I do not see a solution to this problem. Mediation by Russia, USA or EU? Sheer stupidity. This mediation will get you nowhere. Last fall we already tried to help somehow, provided a platform for negotiations, so what? Nothing. Americans? Today they practically openly declared war on China, and this is one of the parties to the conflict. EU? And who will listen to Europe without US support?

I recently read an interview with one of the American specialists on the region of interest to us today. After many standard phrases about the importance of India to the United States, common sense emerged.

Secondly, it is necessary in every possible way to compel Indian politicians to end their independent foreign policy. Democratic India must become part of the "democratic world". In principle, I agree. India is indeed pursuing a fairly independent foreign policy, which sometimes causes irritation in world capitals, including Moscow. Winning Delhi over to our side would indeed be a major victory for diplomacy.

The Sino-Indian conflict is largely far-fetched and can be resolved quickly enough. I agree with the editor-consultant of India Strategic magazine Vinay Shukla, who in an interview with NG expressed the opinion of Russian President Vladimir Putin on this issue:

"The leaders of India and China, Narendru Modi and Xi Jinping, are responsible people who can find a solution to any difficult problem."
“Putin also indicated that no outside force should interfere in the dispute. This is an important thought. But it should be borne in mind that Delhi clearly defends an independent line in foreign policy. And he tries to resolve controversial issues with neighboring states without intermediaries, on a bilateral basis. "
The talk that the clashes at exercise therapy is politics, I think, is more a speculation of some political forces to whip up tensions than a real confrontation. Beijing and Delhi just have to give up.

Compromises in such a situation are the only right way, the only solution to the problem. The policy of mutual concessions will not weaken, but will strengthen the positions of both countries in this region.

Ctrl Enter
Noticed oshЫbku Highlight text and press. Ctrl + Enter
We are
About Stalin and KhrushchevWhat you didn't want to know about England
Military Reviewin Yandex News
Military Reviewin Google News
39 comments
Information
Dear reader, to leave comments on the publication, you must sign in.