British Ajax: a strange beast with many flaws 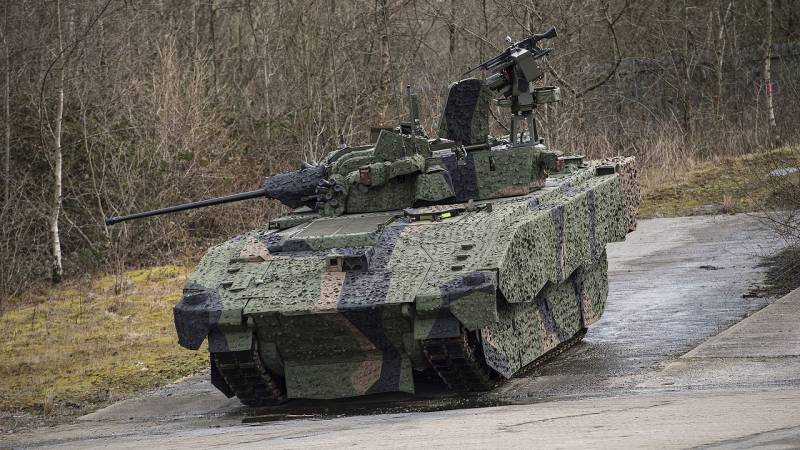 Recently, the British Armed Forces have been in a state of permanent reform. This is especially evident in the example of the ground forces. In March, the UK Department of Defense published a unified defense and security review, Defense Command Paper, which spoke about a new vision of the situation. The staffing of the ground forces will be reduced from 82 thousand to 72 thousand. Of the 225 main tanks Challenger 2 77 cars will be written off, and the remaining 148 will be upgraded to a version Challenger 3... It is noteworthy that the British canceled the modernization of the frankly not the most successful Warrior BMP: in the future, it will be written off altogether, replacing it with the German-Dutch combat vehicle Boxer. 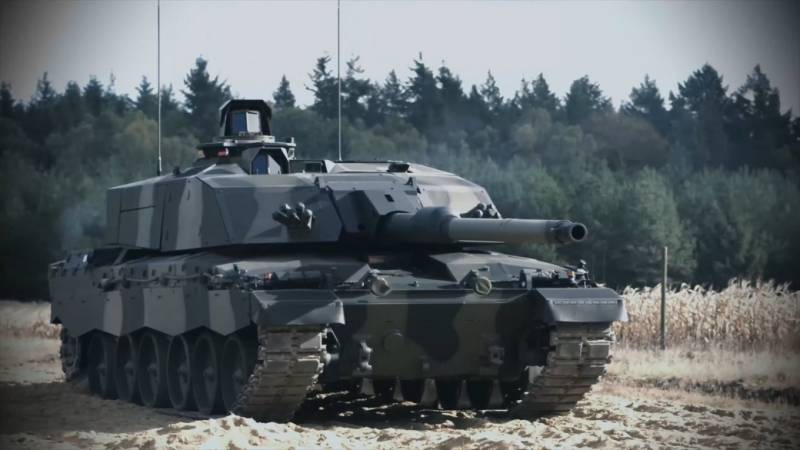 Photo: Rheinmetall
In this regard, it is noteworthy история one of the most high-profile British defense programs - the Ajax combat vehicle. We are talking about a whole family of new combat vehicles, but the analogy with the Russian "Armata", "Kurgan-25" and wheeled "Boomerang" is not suitable here. The British have their own traditional vision of the situation, and I must say it is more than specific.

Ajax should not replace the Warrior infantry fighting vehicles in the troops (which might initially have been thought of), but what is called the Combat Vehicle Reconnaissance (CVR). The family, in particular, includes: the FV107 Scimitar combat reconnaissance vehicle, the FV106 Samson armored recovery vehicle and the FV103 Spartan armored personnel carrier. The CVR family dates back to the 60s and is now very outdated in many respects. 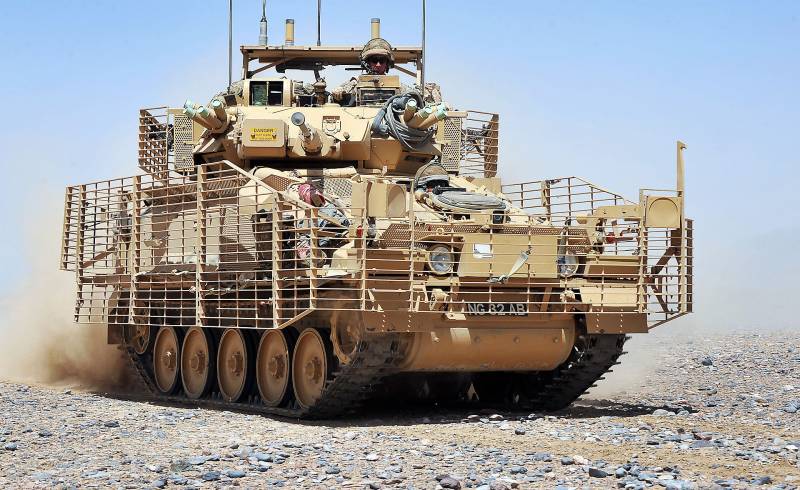 Photo: POA (Phot) Hamish Burke / MOD
What is offered under the new program? Ajax is nothing more than a version of the ASCOD infantry fighting vehicle, which is in service with the ground forces of Austria and Spain.

This choice was a consequence of the deep integration of the British military-industrial complex into global commercial structures and the partial loss of "national" independence. “It is not surprising that the ASCOD-2 project of another international arms giant, General Dynamics, was chosen as the platform for the promising Ajax family for the British army. BMP Ulan for Austria and Pissaro for Spain were created on the ASCOD platform. Apart from these countries, the platform is not in demand anywhere. However, the British Ministry of Defense chose this design, but modified to suit its requirements, " приводит publication Gazeta.ru words of the editor-in-chief of the magazine "Arsenal of the Fatherland" Viktor Murakhovsky

The normal combat weight of the universal Ajax platform is 34 tons. The British program includes six samples of armored vehicles:

In 2014, the British ordered 589 Ajax combat vehicles from the American General Dynamics. The amount of the agreement is 3,5 billion pounds: I must say, very much for a country like Great Britain. The basis of this entire fleet is a relatively "modest" military reconnaissance vehicle by modern standards. More than 200 units are planned to be delivered.

The crew of the car includes three people, in addition to this, it is possible to place one more. The main armament of the turret is a 40mm cannon. In addition, the tower has a coaxial 7,62-mm L94A1 machine gun from Heckler & Koch, smoke grenade launchers and a remote-controlled weapon station, armed with a 7,62-mm machine gun. The machine has "advanced" sensors.

The Ares armored personnel carrier weighing 33 tons looks no less ambiguous: from its armament it carries one 12,7 mm machine gun in a remotely controlled installation. Inside can accommodate four paratroopers: for comparison, inside the Russian "Kurganets-25" can accommodate eight troops. 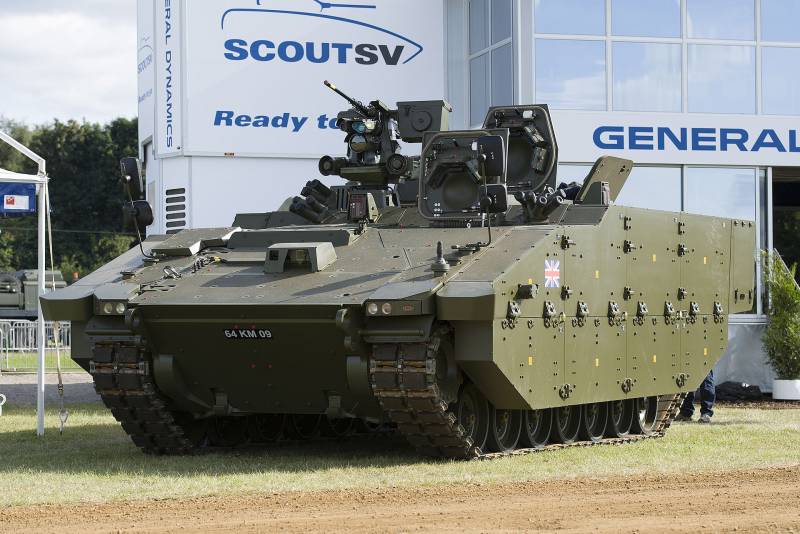 As is often the case with any ambitious program, difficulties have plagued Ajax since its inception. We had to forget about the previously announced delivery dates in 2017: the first representatives of the family - Ares armored personnel carriers - entered the troops only in 2019. Now a total of fourteen vehicles of this variant have been delivered.

However, even these samples cause serious criticism, which made people start talking about the prospects of the program. Despite the extensive experience in operating ASCOD, in the case of Ajax-based machines, there were critical shortcomings, such as high levels of noise and vibration, which do not allow us to speak of the possibility of effective use in combat. Soldiers can stay in Ajax for up to 90 minutes. The soldiers use noise-canceling headphones.

The British even had to set speed limits of 32 kilometers per hour: in other words, Ajax can only accelerate to half the maximum possible speed. It is also interesting that, as experience has shown, the car is not capable of safely driving through obstacles higher than 20 centimeters, and strong vibration does not allow firing on the move. In this regard, it is appropriate to recall that the British Warrior BMP does not have the stabilization of the 30-mm L21A1 Rarden cannon ...

British experts say the Ajax difficulties are largely due to the additional armor protection, which has dramatically increased the mass of combat vehicles. On the other hand, almost all new models of armored vehicles go through this "growth phase": even more so if we take into account the current trend to increase the protection of armored personnel carriers and infantry fighting vehicles. 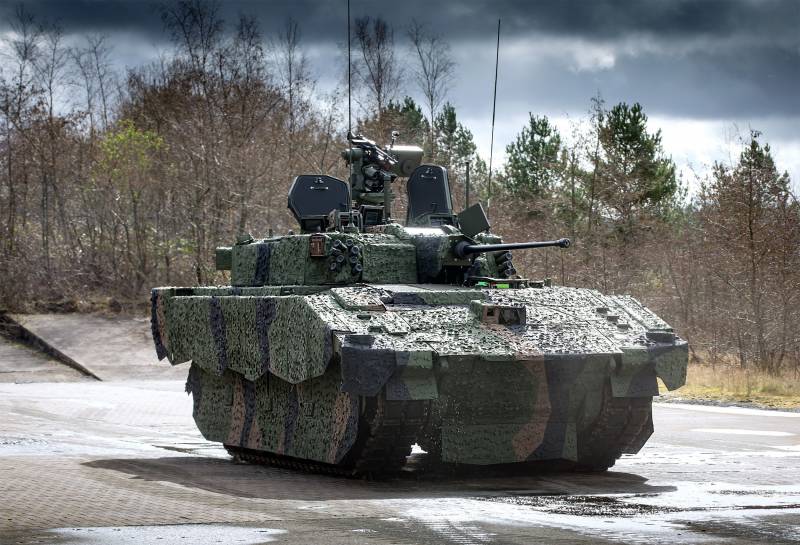 To be fair, there are also positive assessments of the program. True, they come from the manufacturer. “Recent tests have confirmed many of the performance requirements for the Ajax family of armored combat vehicles have been met, including full speed range and overcoming obstacles in reverse,” General Dynamics said in a statement.

Yet the program has gone too far to abandon it. And the described problems, apart from conceptual ones, are not something out of the ordinary. A striking example is the story of how the Americans wanted (and continue to want) to find a replacement for the M2 Bradley BMP, and the story of the creation of the M2 itself is more than indicative, as the feature film "Pentagon Wars" tells in a somewhat grotesque form.

It is important to say about one more aspect. For the UK, which cherishes the dream of "reviving its former greatness", this program (for all its high cost) is not a key one. Much more important is the state fleet and the Royal Air Force: some of the land forces can be sacrificed for them. Moreover, the choice is small. The development program for the British sixth-generation fighter Tempest alone is estimated to cost $ 60 billion. And this is only part of the defense spending in future years.