Units of a new type and new equipment. Prospects for the development of the Airborne Forces 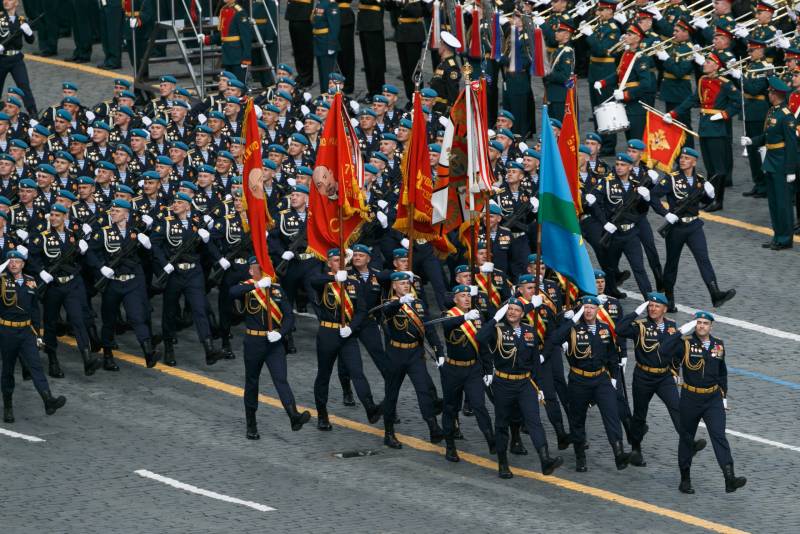 The airborne forces of Russia have a high combat potential, and it is planned to increase it. To solve such problems, a set of various measures has been proposed and implemented. It provides for noticeable changes in the organizational and staff structure of the troops with the creation of units of a new type. In addition, it is necessary to continue the current rearmament processes, as well as introduce new products and samples into them.

Currently, under the control of the command of the Airborne Forces, two airborne assault (three-regiment composition) and two airborne (with two regiments each) divisions, three separate airborne assault brigades, as well as units of special purpose, support, etc. are serving. Also, the troops have several educational institutions of their own.

In recent years, several programs and projects have been successfully completed aimed at restoring and building up the combat capability of the Airborne Forces. As a result of such events, the landing troops actually became the backbone of the Russian rapid reaction forces. In the foreseeable and distant future, such a potential of the Airborne Forces should grow. 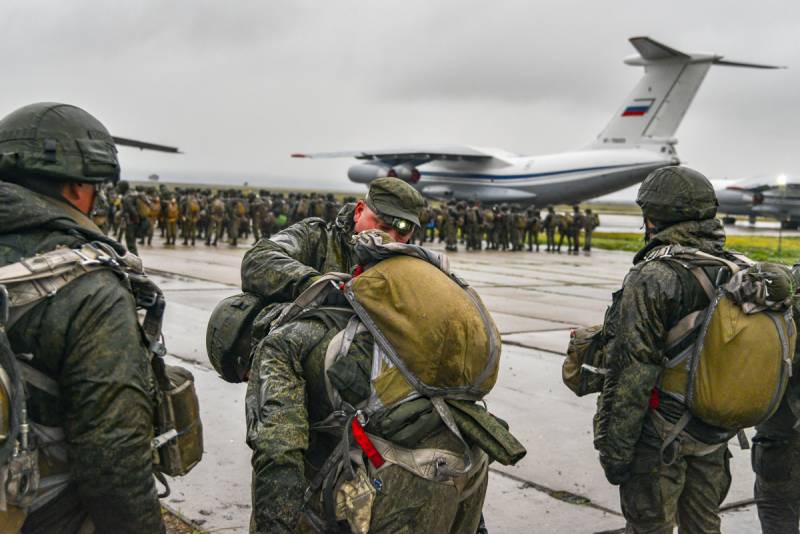 The modernization of the Airborne Forces is carried out as part of a long-term program covering various areas. The current update processes were launched several years ago and so far have only yielded limited results. At the same time, certain decisions are regularly made that directly affect the further development of the troops. The next steps of this kind have taken place in the recent past and are expected in the near future.

According to the results of all the transformations and reforms, the Airborne Forces should become a highly mobile branch of the armed forces, capable of starting to perform assigned tasks in the specified area in the shortest possible time. It is planned to preserve all the basic capabilities already available to the troops, as well as to ensure the development of new tactics and skills.

Units of a new look

Back in 2017, there were reports in the domestic media about the imminent creation of units of a new type, designed to expand the capabilities of the Airborne Forces. One of the battalions of the 31st Guards Airborne Assault Brigade (Ulyanovsk) was re-equipped and re-equipped in accordance with new ideas. He underwent the necessary training, after which he took part in the Vostok-2018 exercises and in a number of other events. The maneuvers showed the advantages of the updated battalion, and also identified the weak points of the concept. 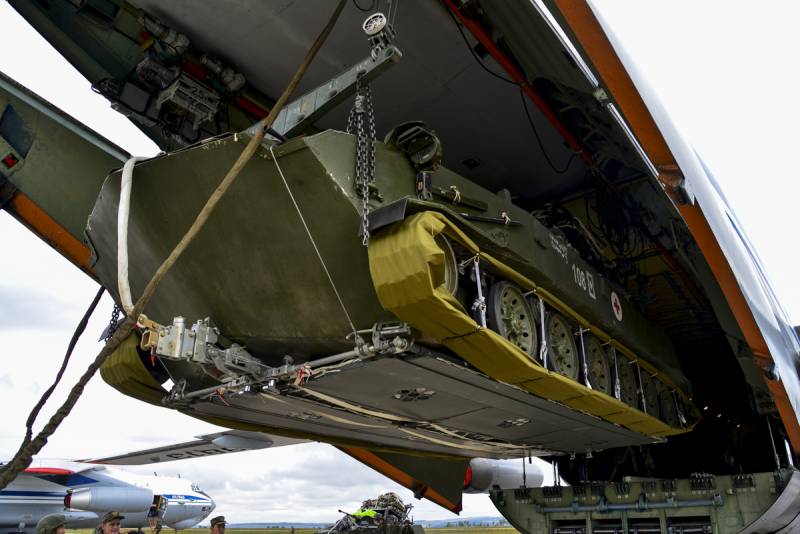 The unit of the new type differs significantly from the airborne assault and paratroopers provided for by the current structure of the Airborne Forces. Such a battalion is deprived of armored personnel carriers and airborne combat vehicles. At the same time, its number is increasing and its firepower is increasing: due to large-caliber machine guns, automatic grenade launchers, anti-tank complexes, etc.

The airmobile unit must work in conjunction with the army aviation... It is the helicopters that are responsible for the rapid transfer of the assault force to a given area, and must also support it from the air. It is proposed to create airmobile medical units.

In the course of exercises in recent years, an experimental "new type" battalion from the 31st brigade has shown itself well and confirmed the need for widespread introduction of new ideas. As is now known, a similar decision has been made and plans have been drawn up for real steps in this direction. 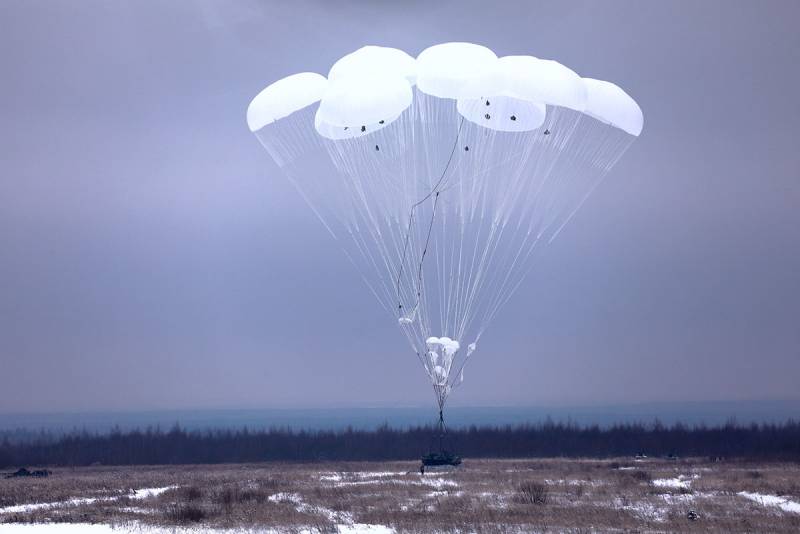 At the end of last year, the commander of the Airborne Forces, Colonel-General Andrei Serdyukov, said that airborne assault formations of a new type would be created as part of the troops. A little later it became known that airmobile battalions would appear in all airborne assault regiments and brigades. The necessary transformations will be completed by the beginning of next year.

The appearance of the "new type" units has been determined taking into account the new method of use. Depending on the assigned tasks and other factors, they will be able to arrive at the battle site on their ground vehicles or helicopters. In the latter case, new organizational issues arise, on the successful solution of which new capabilities of the Airborne Forces depend.

Back in 2019, it was reported that the airborne troops may have their own aviation units. Domestic media wrote about the possible formation of a helicopter brigade, the task of which will be precisely the transfer of airmobile battalions. In addition, the possibility of joint work with army aviation was considered, incl. with the transfer of helicopter squadrons under the control of the Airborne Forces. 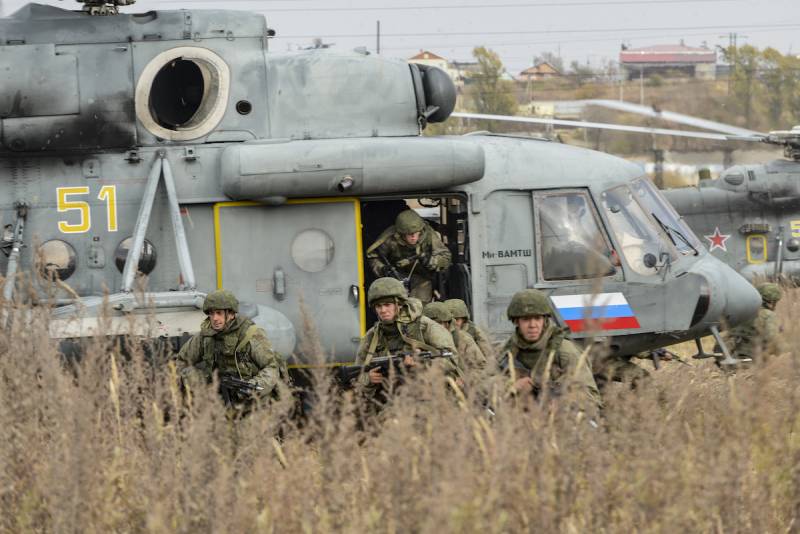 Until now, the issue of creating airborne units of the Airborne Forces has not been fully resolved. The helicopter brigade has not yet been created, and army aviation from the Aerospace Forces continues to carry the paratroopers. Whether such a system will be retained is unclear. The appearance of its own aviation in the Airborne Forces will give obvious advantages, however, the current approach is in line with the tasks set. This has been repeatedly confirmed in recent exercises.

The supply of military, automotive and special equipment to the Airborne Forces continues, as well as various weapons. So, last year, approx. 300 modern armored vehicles of various types, as well as over 100 vehicles. Due to this, the share of modern technology is gradually increasing, which has a positive effect on combat effectiveness.

More samples are expected. In the near future, the procedures related to the adoption of the Typhoon-VDV armored vehicles should be completed. An unknown amount of such equipment will be ordered to re-equip new airmobile connections. It was reported that, first of all, armored vehicles with a combat module equipped with a 30-mm cannon will be purchased. Then the troops will get self-propelled anti-tank systems at the same base. 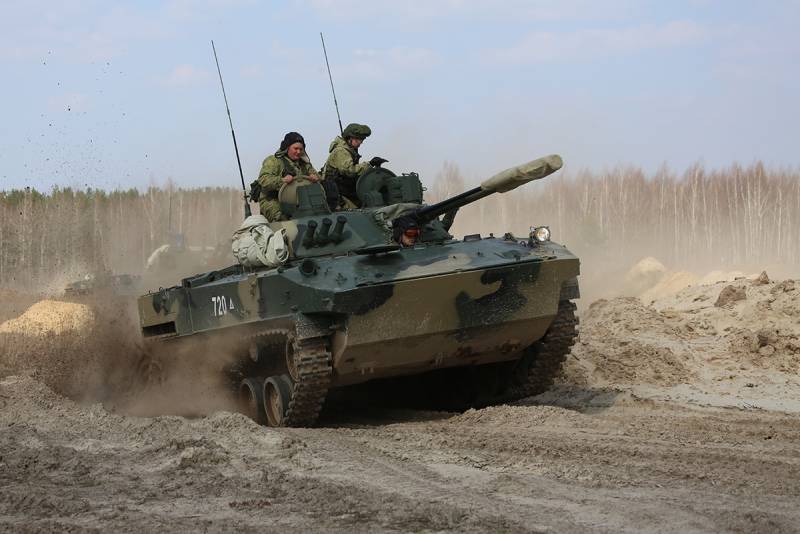 Also in the near future it is expected to start production and deliveries of promising self-propelled anti-tank guns "Sprut-SDM1". This technique has already been tested and received a recommendation for adoption. The main features of these self-propelled guns allow for mass production and full-scale rearmament.

Particular attention is paid to the means of landing. Mass deliveries of new D-10 and Arbalet-2 parachute systems have begun. Several new systems for dropping equipment and cargo have been accepted for supply or are being prepared for this. In parallel, a number of samples of the next generation are being developed with various new capabilities.

In the process of development

The development and re-equipment of the armed forces in general and the airborne forces in particular must be continuous and planned. The results of this approach, used in recent years, can be seen already now, and in the future, the positive consequences of the current measures and decisions will appear. 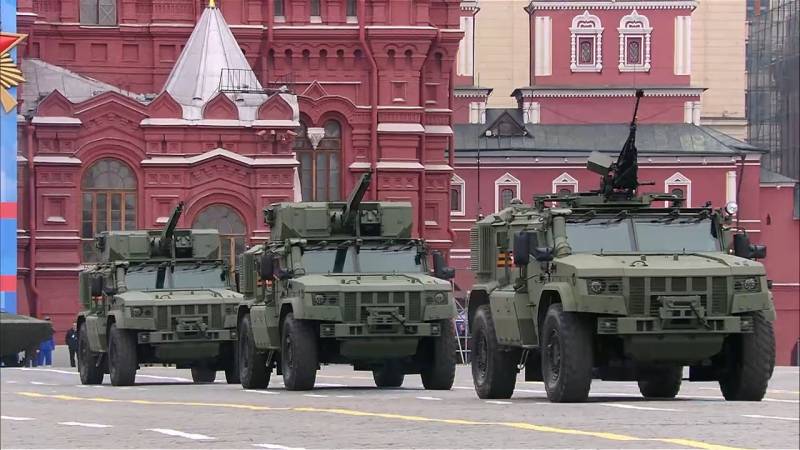 To date, the optimal shape of the Airborne Forces in terms of numbers, equipment and combat capabilities has been determined. Now the army and the defense industry are jointly implementing such plans. At the same time, noticeable changes are being made to the troop development program, such as units of a "new type" with their own characteristic requirements.

It should be expected that the current plans to improve the organizational and staff structure of the airborne troops will be successfully implemented. Also, there is hardly any reason to doubt the prospects of the current rearmament programs. As a result, in the short or medium term, the Airborne Forces will receive new capabilities and become a more powerful and flexible tool in the armed forces.