3 September 2012
125
Last week, the agency "RIA-News»Published material, according to which the Krasnodar Territory became the 1-m region of Russia, in which Cossack guards will be created to protect the rule of law. According to the data presented, in 44 of the Kuban municipalities of 1 September, several hundred Cossacks will come out to oversee the observance of law and order by citizens, who will act exclusively together with the regional police.

However, such information about the primacy of the Krasnodar Territory in terms of organizing Cossack squads can be challenged. In particular, immediately after signing the Federal Law No. 2005 “On the State Service of the Russian Cossacks” in 154, so-called Cossack circles were convened in the Voronezh Region, where it was decided jointly with law enforcement agencies (at that time with the police) to carry out work on law and order in crowded places. 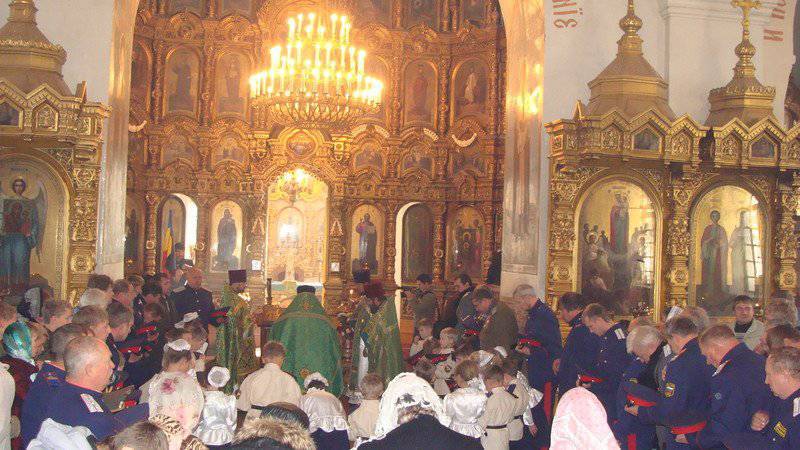 Cossack squads were used as additional patrols during mass festivities in squares and squares of cities of the Voronezh region.
The Cossacks of the Voronezh region are also the first in the new stories Russia made a kind of declaration that if the decrees of local authorities will be forced through without the support of the population, they will stand for a frank boycott of such laws. In particular, the hot controversy flared up around the decision of the legislative corps of several municipalities and districts of the Voronezh region to give a green light to the development of nickel deposits in the immediate vicinity of the Khopyorsky Nature Reserve. Thousands of meetings against the development of nickel deposits, which obviously destroy the ecosystem of the whole region, were held in different cities of the region: Voronezh, Borisoglebsk, Novokhopersk. However, local authorities, apparently, are not going to listen to their voters and change their decision, which is obviously dictated solely by financial interests. Lobbying is openly carried out by representatives of the company that won the tender for the start of non-ferrous metal mining activities at Khopra. 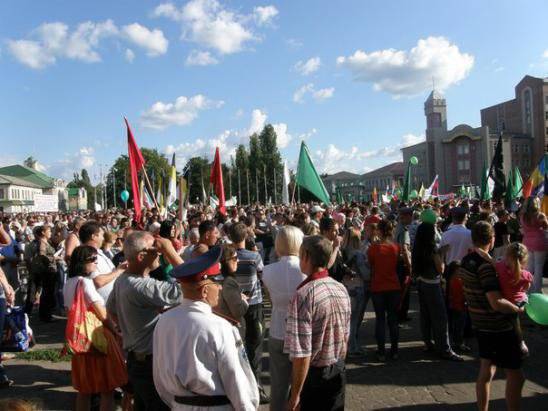 In this case, the Cossack corps acted as the force that claims to protect the interests of Voronezh residents, despite the fact that the majority in local parliaments speaks "for" an environmental catastrophe in the heart of the Russian Black Soil Region. At one of the meetings, representatives of the Voronezh Cossacks declared that they had decided to create their own squads, who would be on duty around the clock at the place where the UMMC company is going to start nickel mining. It is reported that the Cossacks are ready to declare a real war to those who are going to turn the fertile lands of the Black Earth region into a real barren desert. Threats in the deliberate destruction of equipment that will participate in the formation of a huge career are the most harmless actions that the Cossacks announce if they are ignored by the local authorities and financial lobbyists of the people living in the territory adjacent to the Khopersky Reserve. 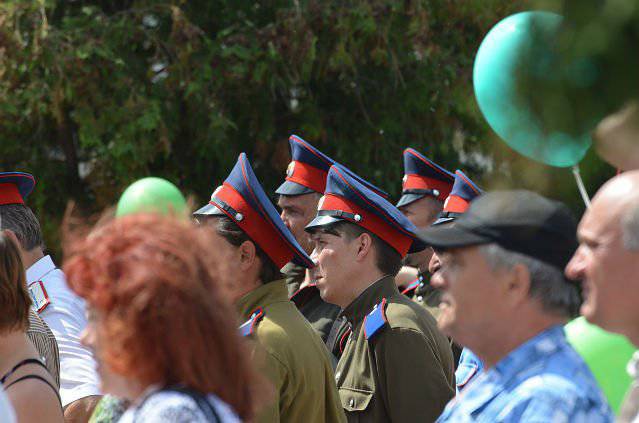 In this case, the statements of the Voronezh Cossacks can be interpreted as attempts to call for extremism, because Russian laws in this regard, to put it mildly, bypass the interests of voters, and guard the interests of exclusively elected representatives of the people. It turns out that if the local deputies gave the UMMC the good to develop nickel deposits, then any attempt to prevent these developments from formed Cossack squads or other public associations can be severely suppressed and declared an action aimed at disobedience to the authorities. This sociopolitical impasse turns out ... The state itself, on the basis of 154 of the Federal Law of 2005, gave the Cossacks the right to state service, but it seemed to have forgotten that the Cossacks were a capricious people who had experienced numerous persecutions in their history and outright baiting. And to protect public order during mass holiday festivities shoulder to shoulder with the police is one thing, but to defend the interests of the people, stepping over the bureaucratic lawlessness - this is quite another.

It is depressing in this whole story that the clash of people's interests with the interests of financial lobbyists and legislators in a separate region (Voronezh Oblast, located only 500 km from Moscow) is not covered by the mainstream media. Even the story of the Krasnodar Cossacks appeared, obviously, due to the fact that today they are called manifestations of unhealthy public rush in terms of new pressure on Orthodoxy. Without diminishing the role of the Cossack squads of the Kuban in respect of compliance with social norms, one should pay attention to the manifestation of the special activity of the Cossack squads from other regions, examples of which (activities) are given above. 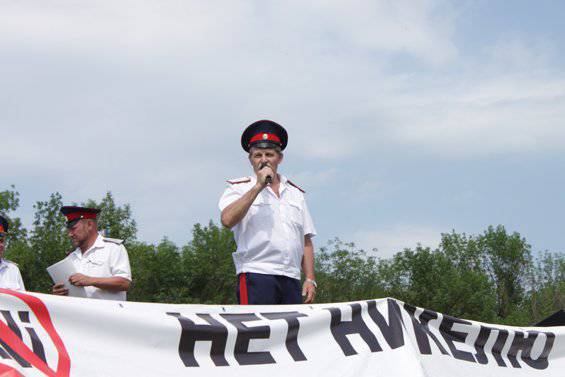 Obviously, government authorities will have to make a difficult decision for themselves. Are they ready to accept the Cossacks as a full-fledged social force, whose representatives can not only act as wedding generals, but also defend their interests and the interests of ordinary citizens, or will the legal framework regarding Russian Cossacks be revised in the near future, and the Cossacks themselves will be divided into “Right” and “wrong”, “patriots” and “extremists”.

Apparently, if the situation with the Voronezh Cossack squads, trying to prevent the implementation of the unpopular decisions of local authorities in the Voronezh region, continues to evolve according to a tough scenario, then soon we can expect government attempts to teach the Cossacks loyalty ... And how many such attempts have already been in the history of Russia ... ended with bloodshed.

It is obvious that the federal center should already decide on the role that is assigned to the numerous Cossack corps of the country. Will there be a large bright and festive mass of people in orders and shoulder straps, with sabers secured in the sheath, or will the Cossacks return its full role in the life of the country.