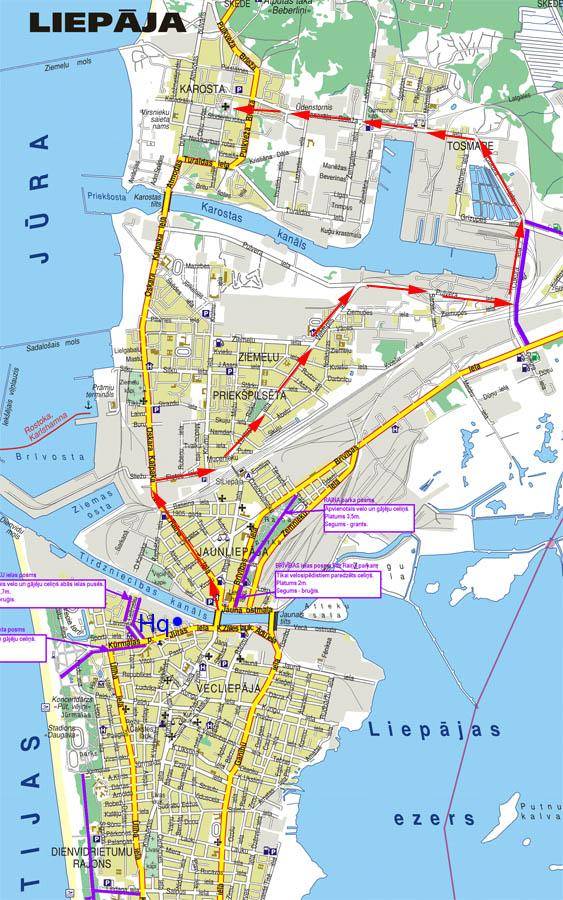 What did not suit the Russian sailors Kronstadt and Helsingfors at the end of the 19th century, in principle, is understandable and understandable: the fleet grew by leaps and bounds, the main enemy of Russia was Germany, which also began to build the most powerful naval forces, and the fleet to counter new threats, an ice-free base and a fortress in the Baltic were required. All this is clear, it is only unclear why Libau, located 80 km from the border, was chosen for this role - a good commercial port in peacetime and no base in case of war.


Although such mysteries in our stories enough, and the clues are usually simple and clear - in this case, Alexander III was sure that Russia is much stronger than the German Empire, and the war will not be defensive, but offensive, respectively, the base and repair facilities brought forward to the front line are a smart decision. In 1890, somehow it was so, Libava is our answer to the Kiel Canal and a visible embodiment of the mood of the admirals:

“The main task for our naval forces in the Baltic Sea is to ensure our superiority in comparison with the fleets of other coastal powers. For this, our fleet must not be inferior to the German one, and if possible, then have an advantage over it on the high seas. The defense of the shores of the Baltic Sea must be active, not allowing a blockade and ready to take advantage of every opportunity to go over to the offensive. "
As a matter of fact, they did not hide why a base near the German border was needed:

“Our defense of the Baltic should be organized not in view of an accidental clash with England, but in view of the inevitable struggle with Germany, which will be a struggle for the world significance of the Russian state and for its very existence within its present borders. Meanwhile, in order to succeed in this struggle, we certainly need dominance in the Baltic Sea ... the most important thing is to create in the Baltic - and precisely in Libau - a heavily fortified ice-free port capable of serving as a refuge for our armored squadron. "
And in 1890, the Grand Duke and Admiral General Alexei Alexandrovich still achieved the beginning of the material embodiment of his political fantasies:

“This is the primary condition both for the actual declaration of our dominion in the Baltic, and for actions against enemy ports and sending detachments to cruise or to link up with a possible ally; in a word - for offensive enterprises, which are necessary for a great naval power, which is obliged to maintain its influence in various theaters of war.
The construction went hard, building from scratch the main base of the largest fleet in Russia and at the same time a fortress was an expensive and long-term undertaking, and our eternal principle “it was smooth on paper” also did not go anywhere, so it turned out that the “non-freezing” Libava could freeze in winter. , frosts over 20 degrees and severe storms are possible there, money was chronically lacking, and the fleet, accordingly, was not built as envisaged by the twenty-year program, in connection with which the planned number of docks and workshops was also cut. In a word, the five-year plan for the construction of the city and the fortress was thwarted, and the construction of the century performed by Imperial Russia dragged on for 14 years, sucking from the already meager budget the money needed in the Pacific Ocean, on Murman, for the strengthening of Moonsund and the construction of ships ...

“We cannot limit ourselves to the already completed works on the construction of the port and that it should be continued to expand, as far as is necessary for the future of the Baltic Fleet.
After the outbreak of the Russo-Japanese War, which until 1917, Libava should become the main base of the fleet capable of accommodating:

"9 new squadron battleships, 7 old battleships, 3 coastal defense battleships, 6 old 1st rank cruisers and 28 destroyers."
The Second and Third Pacific Squadrons left Libava, and then, fortunately for the budget and common sense, everything froze. It froze, because there were no new battleships, no old ones, no coastal defense, no money ... Insufficiently fortified Port Arthur and unfortified Sakhalin fell, and what remained in the Baltic could only compete with the Swedes. It was necessary to start everything from scratch, and the bad toy, into which tens of millions of state money had been hammered, was thrown away. More precisely, they did not abandon it, but made it what it was fit to be - the base of light forces. The Libau Fortress itself was abolished in 1907, and the builders were removed. Then there were seven years of peace and quiet, which Libava spent as one of the bases in the Baltic, provincial and tertiary. And then there was the war. 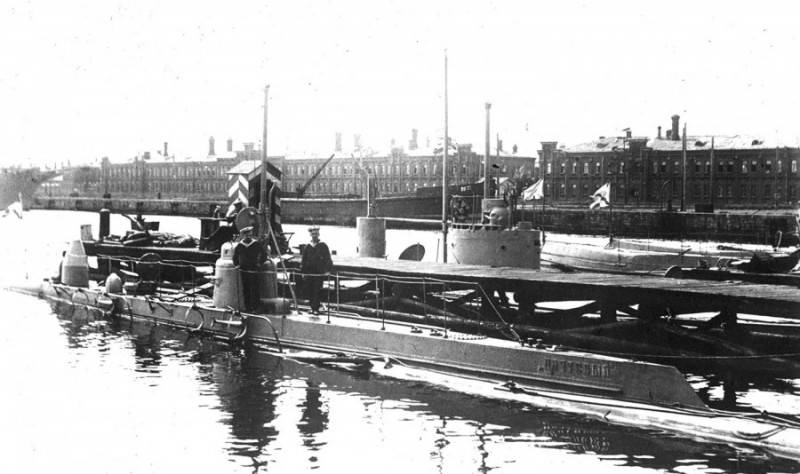 At the beginning of the First World War, a scuba diving training detachment, a hydroaviation detachment was based in Libau, and rare ships of the Baltic Fleet entered. In reality, two British submarines and our submarine "Crocodile" went on military campaigns from Libava. On April 17, 1915, during the German offensive, an order was received - to leave Libau: something was blown up, something was flooded, and on April 24 the Germans entered the city. Hochseeflote should have been grateful to Russia - to get a first-class port with docks, barracks, repair shops and a developed network of railways during the war - isn't that a gift? The Germans, by the way, actively used the port, and those attempts to disable the huge complex of structures that the Russian command made did not interfere with this. And after the Germans came the British, whose Baltic squadron acquired a reliable base during the intervention.

Summing up the results - the Libava of the Russian Empire was not useful at all. Any fishing village would be suitable as a temporary base for the submarine. But for the Germans and the British, against whom the port of Alexander III was designed and built with such fervor, the base served correctly, once again proving one simple truth - the issues of logistics in war are primary. And the Russo-Japanese War saved us from the worst, turn the policy differently, and we risked getting Port Arthur in the Baltic, and the pupils in schools, in addition to the heroic defense of Sevastopol with the death of the fleet, to study the heroic defense of Libava with ... The mousetrap did not work then , we just built a wonderful base for the enemy, which, as a result of the war, went to the Latvians, allied with the Allied Entente, who was hostile to the newborn USSR, and a potential threat in the Baltic. Although this did not work, and after 25 years, the rightful owners returned to Libau.

Returned to its home harbor, Libau has preserved a serious infrastructure of the fleet, and most importantly - an excellent factory. The formation of the Baltic naval base began and, in its composition, the Libau base, which was commanded by Captain 1st Rank Klevansky. The forces themselves in Libau were few: five torpedo boats, four hunters, nine border boats and three batteries - two 130 mm and one 180 mm. In this sense, unlike the tsarist times, they looked at Libava soberly. But the plant ... The repair capacity in the Baltic was terribly lacking, and on 22.06.1941 the destroyer "Lenin" and 15 submarines were under repair in Libau. The assault on the city began on June 23, and the city fell on June 29. Unlike the tsarist times, they kept him to the end, but this did not correct the situation, in Libau they were lost: 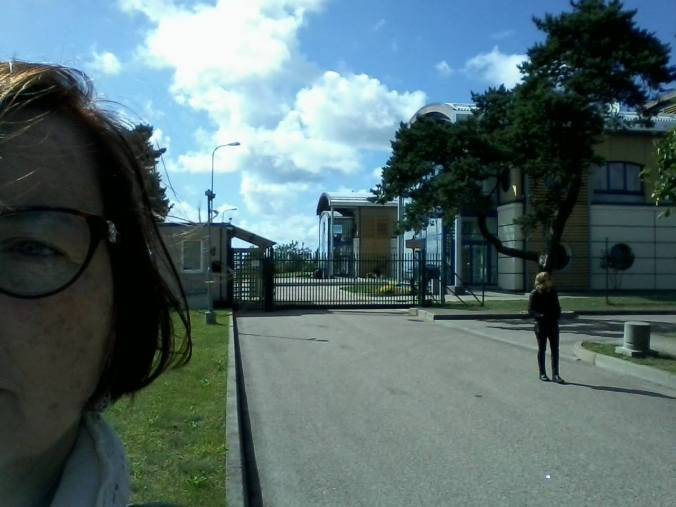 Photo: kultpohod.wordpress.com
In the post-war years, mostly outdated submarines were based on Libau. The most interesting thing is that by the end of the country, 14 squadron of submarines was located there, the core of which was our unique freaks - diesel submarines with ballistic and heavy cruise missiles of projects 629 and 651. The meaning of this was - obsolete and vulnerable boats, if where they could work on NATO its weapons - so it is in the Baltic. But 1991 came, the boats were abandoned, as well as the coastal base, and on June 1, 1994, the last Russian ships left the port. For a long time the Latvians were dismantling the half-flooded Soviet submarines ... Now in Liepaja there is a NATO base, and again, a pointless and sabotage fortress, built for a very expensive price, serves the enemies of Russia. Except in the post-war period, when it was useful to our country, Libava helped the Germans (twice, a total of seven years out of eight two world wars), the British, the Entente, NATO ...

It remains once again to remember with an unkind word Alexei Alexandrovich, Emperor Alexander III and his admirals, who built such a cool fortress for the enemies of Russia in the Baltic. And it's worth it to finish in winter news:

“At the moment, nine structures of the Latvian Ministry of Defense are quartered in Liepaja, including warships, units of the civil militia“ Home Guard ”, etc. The plan for the development of a military base in this city is divided into two stages. During the first stage, it is planned to build a barracks, a headquarters building, a canteen, a food warehouse, a medical center, a sports complex, a garrison warehouse, warehouses for the "Home Guard" and naval forces, a repair shop, transport boxes, etc. At the second stage, an ammunition warehouse will be built , gas station, marinas and other facilities. It is worth recalling here that the port of Liepaja is periodically used for unloading NATO heavy equipment arriving in Latvia to participate in exercises. "
Just to gauge how much one mistake can cost.