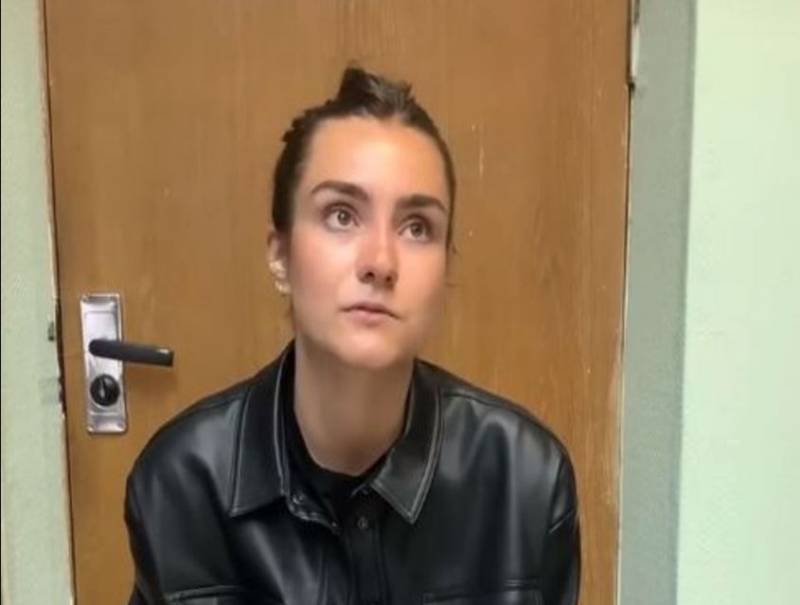 On May 23, 2021, during a forced landing of a Ryanair plane en route from Athens to Vilnius, at the Minsk airport, Russian woman Sofia Sapega was detained together with Belarusian oppositionist Roman Protasevich, founder and editor of the Nexta Telegram channel recognized as extremist in Belarus. However, Sofia Sapega, in fact, can only be called a Russian by her citizenship.

Who are you, Sofia Sapega

A native of Vladivostok, Sofia ended up in Belarus as a child. When she was eight years old, her mother moved to Pinsk. At the same time, her daughter retained Russian citizenship, and in Belarus she has a residence permit. It was this circumstance that caused a separate public interest in the Sapieha case, but first - about the heroine of our article herself.

In Belarus, Sofia Sapega received her secondary education, but decided to study further in neighboring Lithuania - at the European Humanities University in Vilnius. Then she met Roman Protasevich, and they began a personal relationship. Sapega is a very young girl, in February 2021 she turned 23 years old.

On May 26, 2021, President of Belarus Alexander Lukashenko called Sapieha Protasevich's accomplice. As was to be expected, the president already had a basis for such a statement: the day before Lukashenka's speech, on May 25, Sophia Sapieha was brought to the Investigative Committee of Belarus. There, in the presence of a lawyer, the girl was interrogated by the investigator.

At first, Sapega referred to Article 27 of the Constitution of the Republic of Belarus, which gives the right not to testify against herself (analogous to the Russian 51st Article of the Constitution), but then the investigator still managed to get the girl to talk. In the video from the interrogation, which was circulated right there on the Web, she admits that she is the editor of the Telegram channel “Black Book of Belarus”. This channel, during and after the mass protests in Belarus, published personal data of the Belarusian security forces.

The Belarusian opposition, Russian liberals and the West believe that Sapega confessed under pressure from the security agencies and the investigation. In the publications of the liberal media, they immediately began to recall the numerous techniques used by investigators in order to "split" the person under investigation - from banal beatings and torture to injections of psychotropic drugs. 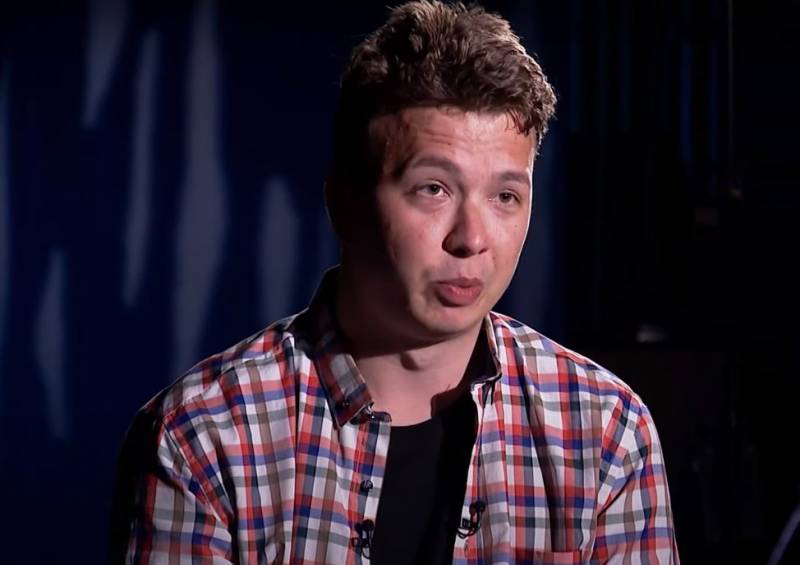 Roman Protasevich
However, Sapieha's involvement in the peace of the Belarusian opposition is hardly in doubt. And the point here is not only that she is a friend of Roman Protasevich. From her student days, Sapega, for example, worked on the Polish satellite TV channel Belsat. This channel is located in Poland, but broadcasts in Belarusian. The channel's political orientation is clear.

What is Sapieha charged with

Sapieha, given her recognition in the editing of the "Black Book" channel, picked up a fairly serious set of articles of the Criminal Code of Belarus.

Firstly, this is a criminal case under Article 1 of Art. 342 of the Criminal Code of Belarus - "Organization of group actions that grossly violate public order and are associated with clear disobedience to the legal requirements of government officials or entail disruption of transport, enterprises, institutions or organizations, or active participation in such actions in the absence of signs of a more serious crime." The punishment under this article is a fine, arrest or imprisonment up to 3 years. Now more than 200 participants in the riots in Minsk are involved in the case. The case is being investigated by the Minsk Office of the Investigative Committee of Belarus.

Secondly, this is a criminal case under a more serious article - Part 1 of Art. 293 of the Criminal Code of Belarus - “Organization of mass riots accompanied by violence against individuals, pogroms, arson, destruction of property or armed resistance to representatives of the authorities”. The punishment under this article is up to 15 years in prison. The case is being investigated by the Main Directorate of the Investigative Committee of Belarus.

Thirdly, after the confessionary testimony, Sapega is charged with committing a crime, the responsibility for which is provided for in Part 3 of Art. 130 of the Criminal Code of Belarus - “Incitement of racial, national, religious or other social hostility or hatred”. The punishment is up to 12 years in prison. Sapega is already accused of this article as the editor of the Black Book channel.

Can Sapega be released to Russia

Since Sofia is still a citizen of the Russian Federation, Moscow was forced to react to her detention. Lukashenka found himself in a difficult situation. On the one hand, Sapieha needs to be brought to justice together with Protasevich, but on the other hand, it is obvious that this may entail problems in relations with Russia, and now the Belarusian president does not need them at all. As a result, on May 30, the Minister of Foreign Affairs of Belarus Vladimir Makei clarified: Sapega can be pardoned and transferred to the Russian Federation, but this is possible only after the trial. 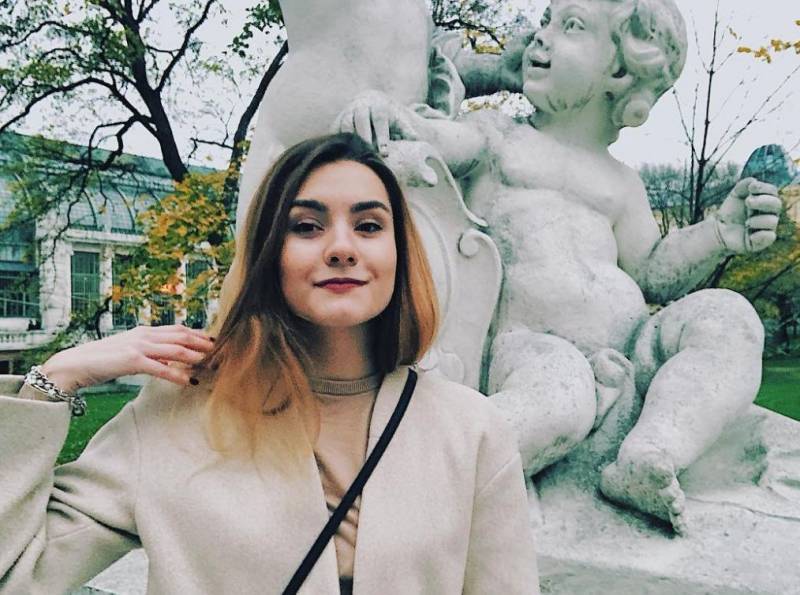 More recently, Sapega posted a photo on Instagram, but after the arrest, the page disappeared
On June 1, 2020, President of Belarus Alexander Lukashenko announced that the Sapieha case would be investigated by Belarusian investigative bodies. Since these words were uttered after Lukashenko's meeting with Russian President Vladimir Putin, it became clear that Russia did not strongly object to the investigation of the criminal case against Sapieha in Belarus.

At the same time, not only representatives of the opposition, but also quite pro-government experts and journalists, are talking about the need to extradite Sapieha to Russia. This is also understandable: firstly, it would be nice for the Russian authorities to show that they can influence Lukashenka's decisions, especially when it comes to the fate of Russian citizens; secondly, support for Lukashenka's actions in relation to Sapieha and Protasevich will not have the best effect on the already problematic image of the Russian Federation in the eyes of the West.

Of course, the Kremlin understands that Sapega is only formally a citizen of Russia, but the mere possession of a Russian passport provides her with hope of intercession on the part of the authorities of our country. On the other hand, Sapieha has a residence permit in Belarus, she is accused of committing crimes, responsibility for which is provided for by Belarusian legislation, on the territory of Belarus. In theory, there she should be judged.

What will be the further development of events? The investigation into the Sapega case will probably take place in Belarus. But the fact of recognition of Protasevich, who "handed over" the opposition leaders and confirmed their financing from abroad, may indicate a new plan of the country's authorities. It consists in the fact that Protasevich will publicly repent of his deed, after which he will nevertheless be condemned, but Lukashenka will show “kindness” and pardon him with his decree.

Thus, the requirements of the legislation will be observed, and the West will calm down, and Protasevich himself will learn a lesson. Perhaps this is what the Belarusian authorities think. Obviously, the situation with Sapieha may look similar. Probably, the case will be brought to court, after which the girl will be pardoned and deported to Russia, having her Belarusian residence permit canceled.

Another option - Sapega will not be pardoned, but will be handed over to Russia to serve his sentence. Here she can be released. This is roughly how the fate of the head of Uralkali, Vladislav Baumgertner, developed: he was in a pre-trial detention center in Belarus, but then he was transferred to Russia, where he was soon released under house arrest, and then the criminal case against him was dropped.

Finally, Sapega can simply be deported from Belarus, banning her from entering the country for 10 years. Then the girl's political activity will be a subject for the attention of Russian law enforcement agencies. Although it is possible that this activity as such will no longer be. It all depends on whether the Belarusian opposition wants to further exploit the image of the girl or finally close the issue with her as “waste material”.

Ctrl Enter
Noticed oshЫbku Highlight text and press. Ctrl + Enter
We are
A great interview with Sergey Lavrov: about Ukraine, Obama and IranWhat you didn't want to know about England
Military Reviewin Yandex News
Military Reviewin Google News
237 comments
Information
Dear reader, to leave comments on the publication, you must sign in.