An unnecessary inheritance. Section of the Black Sea Fleet 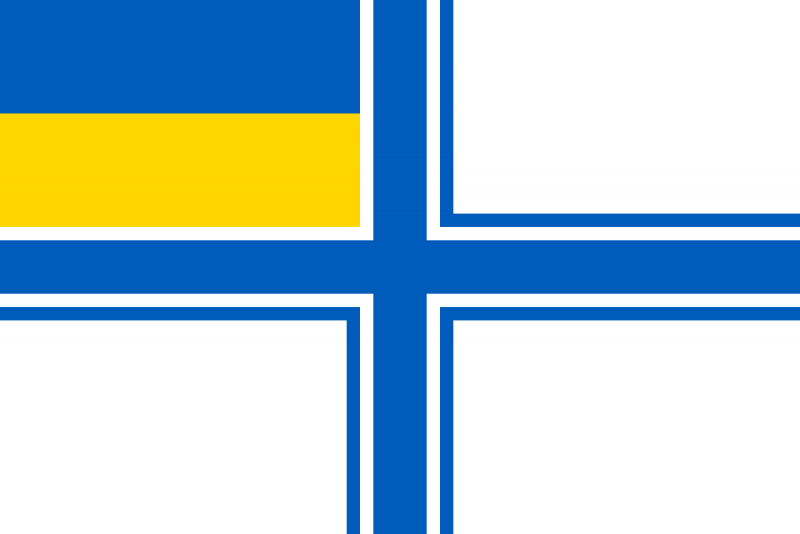 By 1997, when the partition agreement entered into force fleet, on the Black Sea there were two missile cruisers and one - artillery, 3 BODs, 4 diesel submarines, 9 frigates (SKR), 4 small missile ships, of which one is the newest Bora, 15 small anti-submarine ships, 11 mine-sweeping ships, 17 landing ships, 13 missile boats and many more different things. This, of course, is just a shadow of what was only six years ago, but, in principle, it is more than enough to destroy all other combined Black Sea navies or to stop the breakthrough of NATO fleets through the Bosphorus. What can I say, in 2021 the Russian Black Sea Fleet has not yet reached such power, and after the decommissioning of the cruiser "Moscow" will not reach.


Preserve then the general, within the framework of the CIS, the fleet and the general use of the Crimea - and история would have gone differently. But they did not save it, and they rushed to divide the fleet. The carve-up went on for several years and was crowned with an agreement of May 28, 1997. They shared not only ships, but also objects, and coastal equipment, and even houses of culture with sanatoriums.

And the share of Ukraine turned out to be more than significant.

In the first place in the agreement - the command posts of the fleet, Ukraine received 8 of them, one - the Crimean naval base, seven - ship formations. Why so much? The question is philosophical, Russia gave it up.

Further communication objects - 17 pieces, including the communication center of the Crimean naval base. In principle, the transferred means could provide communication and control of the middle European fleet.

In a word, the rear of the Naval Forces was not deprived - it would be enough for some Italy, no less.

Maybe offended by something else?

No, you didn't. In addition to this list, there was also a separate list for the city of Sevastopol, where the Naval Forces of Ukraine received many objects: from the command post of the fleet to a children's health camp.

All this huge number of objects was designed for the Black Sea Fleet of the USSR, and Ukraine was interested mainly as a future source of scrap metal and land that could be profitably sold.

Why did the Russian Federation not fight for its facilities?

It is absolutely incomprehensible, and cannot be explained by logic.

With large ones it is clear.

And Ukraine got the little things: 7 missile boats, 4 artillery boats, one mine-sweeping boat, a command ship and two reconnaissance ships. In addition, a lot of everything that could be sold / completed at will also hung on the stocks in Kiev and Nikolaev. So, Kiev got the aircraft carrier "Varyag" and missile cruiser "Lobov" project 1164 in an unfinished state. AUG, if with three frigates in formation and one in construction. And another 8 transports, three barges and so on - a total of 28 supply vessels, 62 vessels and boats of the auxiliary fleet, 22 rescue vessels and boats, 21 survey vessels and a boat.

A total of 137 ships, vessels and boats. Plus - half of the proceeds from the sale of 263 units before the conclusion of the contract.

Ukraine, by the way, did not share the money for the unfinished construction.

I list it and I myself am amazed - this is only the fleet and only the Ukrainian share, capable of taking any European country through one gate if desired.

And, it seems, all this should have been enough for 30 years for sure: ships have a service life of up to 50 years, aircraft have 30-40 years, ground equipment is similar, but ... 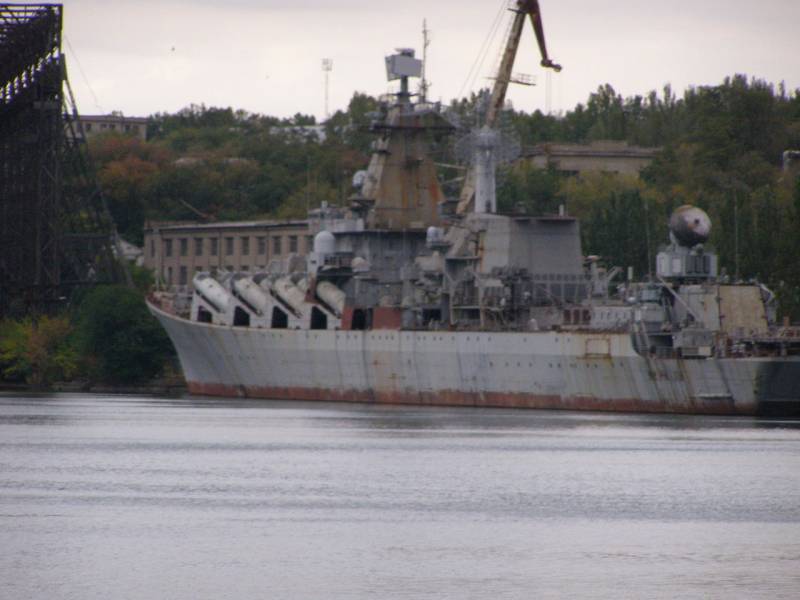 Photo by wikipedia.org
All three frigates, after being handed over to Ukraine, were put on lockdown. And in 2000, the first two went under the knife, in 2004 - the third. Even the oldest of them could serve at least until 2011, with normal operation - until 2016.

Instead, the frigate "Getman Sagaidachny" was completed in 1993: the problem is that it was built as a frontier, that is, with limited armament. Then came the turn of the IPC or, in a newfangled way, corvettes: three of six were written off. They also dealt with the missile boats - only one remained in the ranks.

The only submarine was welded to the pier, creating an integral submarine force of the Naval Forces of Ukraine for it, and was repaired only under the "bandit" Yanukovych as a training one.

They took pity on the landing ships: out of three survived, two, but halved the floating rear.

Of course, they destroyed the sea Aviation and most of the transferred ground objects.

Actually, 2014 just put an end to the history of the unborn fleet, simply because Kiev initially did not really need it, except as a source of finance.

In the sense: why does Kiev need a fleet if it is deliberately flawed, and why does Moscow need to give up old ships if it needs them?

And here only one thing comes to mind - on the wave of the cutting of the fleet, Kiev simply demanded its share, which in the end became the source of material and financial well-being of Ukrainian admirals for 17 long years. And such issues as the security of the borders, in those glorious years, no one particularly worried.

The agreement from which the figures were taken was canceled. It happened in 2014, along with the civil war in Ukraine and the transition of Crimea to the jurisdiction of the Russian Federation.

But Russia is rebuilding the fleet from scratch, along the way rebuilding the coastal infrastructure, because even what the Ukrainian Navy has gone through is outdated by 30 years. And you also have to recreate coastal aviation and painfully figure out how much money went into the preparation of the transfer of the KChF to Novorossiysk, and most importantly - why.

It will take a long time to pay. Pay for decisions made in the wake of the sale of the country, when one of the best fleets in Europe became an unnecessary inheritance, and the new democracies suddenly had no enemies.