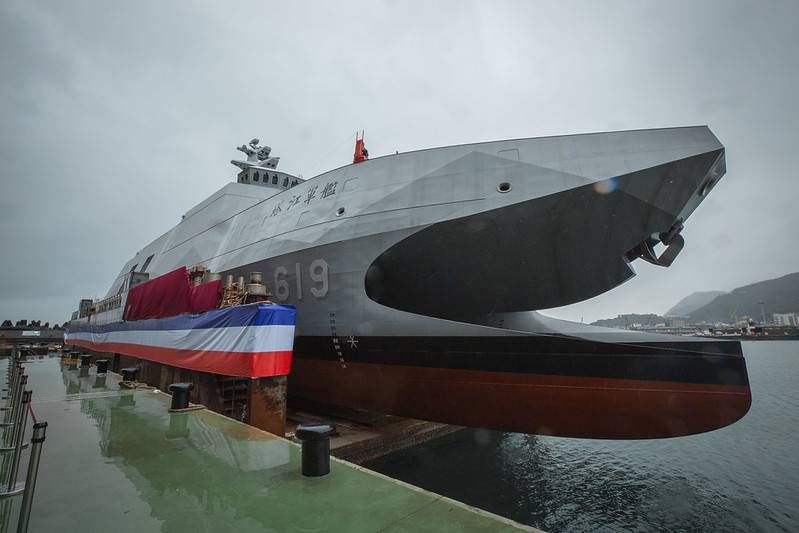 The Taiwanese naval forces announced the completion of tests of the Sea Sword II shipborne medium-range anti-aircraft missile. After being tested and evaluated by the Republic of China (Taiwan) Navy, it is ready for deployment.


This is reported by the Taiwanese newspaper The Liberty Times.

Developed by the Zhong Shan National Science and Technology Institute, the rocket is an active weapon medium-range radar-guided, capable of striking multiple air targets at once, such as anti-ship missiles and aircraft.

The Taiwanese Navy's new Tuo Chiang-class fast corvette Ta Chiang, which was launched in December last year, will be equipped with these shipborne anti-aircraft missiles of its own production. In addition, according to Janes, Sea Sword II missile launchers are supposed to replace the American Sea Chaparral anti-aircraft missile systems, which are in service with the Kang Ding class frigates of the Taiwanese Navy.