U.S. worries about risk of Chinese naval base in Cambodia 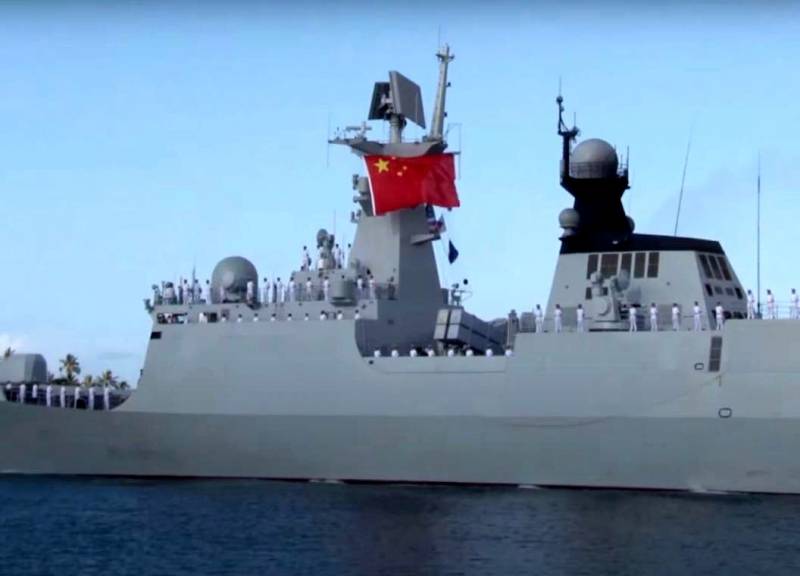 US Undersecretary of State Wendy Sherman recently held a two-hour meeting with Cambodian Prime Minister Hun Sen in Phnom Penh. During the meeting, the diplomat expressed serious concern about the presence of the PRC military at the Cambodian naval base Ream.


Apparently, it was this circumstance that gave rise to another concern - about the observance of human rights by the Cambodian authorities and the political future of the Cambodian opposition. Usually, the State Department "turns on the plate" of human rights when it wants to put pressure on a country and express its dissatisfaction with its policies.

The Ream naval base is located in the province of Sihanoukville in Cambodia, on the shores of the Gulf of Thailand. Sihanoukville is the country's main sea harbor, home to a civilian port and a famous resort. Chinese companies have increasingly invested in Sihanoukville's infrastructure, including civil port terminals, hotels and casinos, in recent years. For China, settling in Sihanoukville means gaining access to the seas of Southeast Asia.

Naturally, China also offered its help for the modernization of the naval base, so there is nothing surprising in the fact that the country's authorities in the future may be ready to provide Beijing with the opportunity to use the Ream base. Moreover, this is quite natural, given that it is China that is now making large-scale investments in the Cambodian economy.

Not so long ago, in March 2021, another hearing was held at the US Senate Armed Services Committee, at which the then Commander of the US Indo-Pacific Command, Admiral Philip Davidson, spoke. A senior military official said that in September 2020, the Cambodian authorities demolished the headquarters of the National Maritime Safety Committee, which at one time was built with the participation of the United States. This step, according to the admiral, the Cambodians took in order to make room for the construction of a Chinese military facility.

The US Center for Strategic and International Studies has published satellite images showing two structures that appeared on the site of the demolished object. Meanwhile, the Cambodian Navy says China is backing a port expansion project that will include a newly dredged port and a shipyard.

US Deputy Secretary of State Sherman demanded that the Cambodian authorities explain why they demolished buildings in Ream, which were once built with American money, without notifying the United States, and stressed that the appearance of a Chinese military base in Cambodia would threaten both the country's relations with the United States and its state sovereignty and regional security.

However, Cambodian Defense Minister Lieutenant General Tea Ban denies that the base will be used by China, and wonders why his country cannot resort to the support of the PRC in the implementation of certain projects. A strange "state sovereignty" is obtained.

However, the United States itself pushed Cambodia into the arms of Beijing, touching upon issues that the country does not like to discuss. For example, the United States and the EU began to make claims to the Cambodian government about the persecution of the political opposition. Hong Sen, like any other ruler, is concerned about maintaining his power, and in China, in this case, he sees an alternative source of power, which, if necessary, can provide him with support.

It is clear that the United States does not like this, but the mechanism has already been launched: China will continue to increase its presence in Cambodia, also because the choice for Chinese bases in the region is not great: Thailand, Malaysia, Singapore, Brunei are allies of the United States , Vietnam is China's longtime opponent, Cambodia and Myanmar remain.

By the way, the irony of fate is that both Hun Sen and his permanent defense minister Tea Ban were both born into families of Chinese origin, but at one time they belonged to the pro-Vietnamese faction of Cambodian communists, which opposed Chinese influence and focused on Vietnam. But times have changed, and now Vietnam is ready to cooperate with the United States against China, and the former pro-Vietnamese communists are ready to help China in exchange for investments.

Ctrl Enter
Noticed oshЫbku Highlight text and press. Ctrl + Enter
We are
"Come to the port and you": Cambodian Prime Minister responded to US claims on the entry of Chinese ships to the Ream baseJust the director, or is he a foreign spy?
Military Reviewin Yandex News
Military Reviewin Google News
14 comments
Information
Dear reader, to leave comments on the publication, you must sign in.