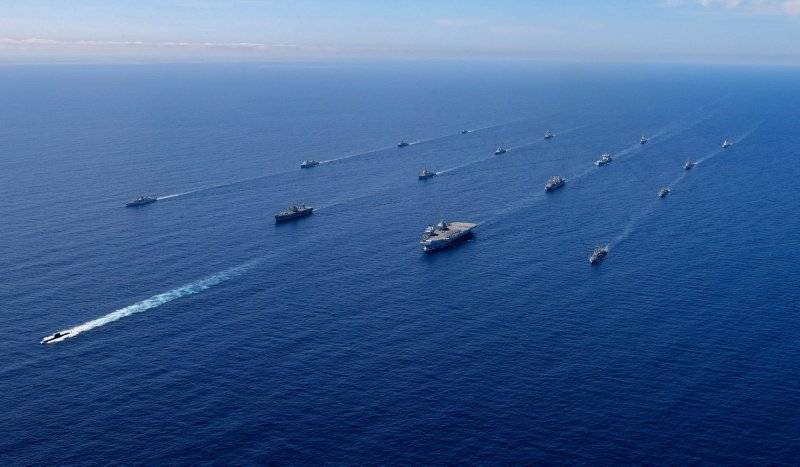 A British carrier group, led by the aircraft carrier HMS Queen Elizabeth, bound for the Asia-Pacific region, entered the Mediterranean. This was reported by the British media.

On May 31, 2021, the AUG, passing Gibraltar, entered the Mediterranean Sea. How many AUG will be in this area is still unknown, but it is trying for some time, since the group will split up here. As previously promised by the British Ministry of Defense, one destroyer and two frigates will go to the Black Sea. Moreover, one of the frigates will be Dutch. The task of this "troika" is to support Ukraine against the background of "aggressive actions" by Russia.

It can be said with a high degree of confidence that the next naval exercises "with the participation of the Ukrainian Navy and NATO countries" will take place in the Odessa region soon.

After the reunification of the aircraft carrier group, the AUG will travel to the South China Sea region, where it will provide "free shipping" near China. At least that's what London is hoping for.

Ctrl Enter
Noticed oshЫbku Highlight text and press. Ctrl + Enter
We are
Britain reinforces a group of ships going to the Black Sea with a frigate of the Royal Netherlands NavyThe Chinese company acquired the Austrian Diamond Aircraft
Military Reviewin Yandex News
Military Reviewin Google News
19 comments
Information
Dear reader, to leave comments on the publication, you must sign in.