Zelensky: Germany is not providing Ukraine with the military assistance it could provide 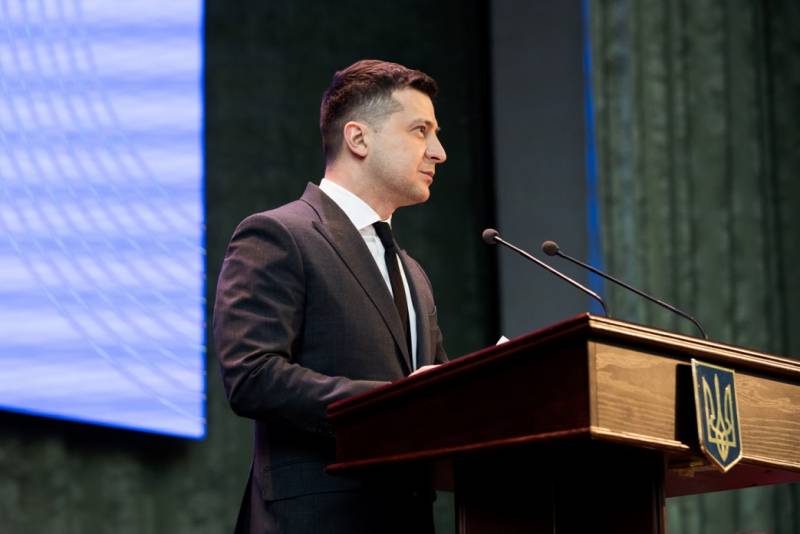 Instead of settling the situation in Donbass and solving numerous internal economic and sanitary problems of the country, the President of Ukraine continues to actively communicate with Western reporters. The German newspaper FAZ has become the next Western publication that Zelensky has recently given an interview to.


In his interview, Volodymyr Zelenskyy complained that Germany is not providing Ukraine with "the military assistance that it could provide."

The President of Ukraine told German journalists that the United States had donated Hummer army off-road vehicles for the needs of the Armed Forces of Ukraine, and pointedly added:

At the same time, Germany is a leading manufacturer of armored army vehicles ...
According to Zelensky, it is Germany that could help Ukraine by supplying such armored vehicles.

At the same time, Zelensky, in an interview with the German press, frankly made it clear that he supports the Green Party in the upcoming parliamentary elections in Germany. According to the Ukrainian president, he is grateful to the co-chairman of this German party, Robert Habek, for the fact that he is in favor of deliveries weapons Ukraine.

Mr. Khabek understands that our country needs weapons and military equipment and equipment.
This sounded like an open rebuke from Kiev against the current German chancellor Angela Merkel, who does not support plans to provide military assistance to Ukraine.

In the same interview, Zelenskiy called the union state of Russia and Belarus "a threat to Ukraine."

Ctrl Enter
Noticed oshЫbku Highlight text and press. Ctrl + Enter
We are
Reports from the militia of New Russia for 27-28 September 2014 of the yearSummary of the week from voenkor Mag about events in the DNI and LC 21.04.18 - 27.04.18
Military Reviewin Yandex News
Military Reviewin Google News
61 comment
Ad