The French will send another Statue of Liberty to the USA 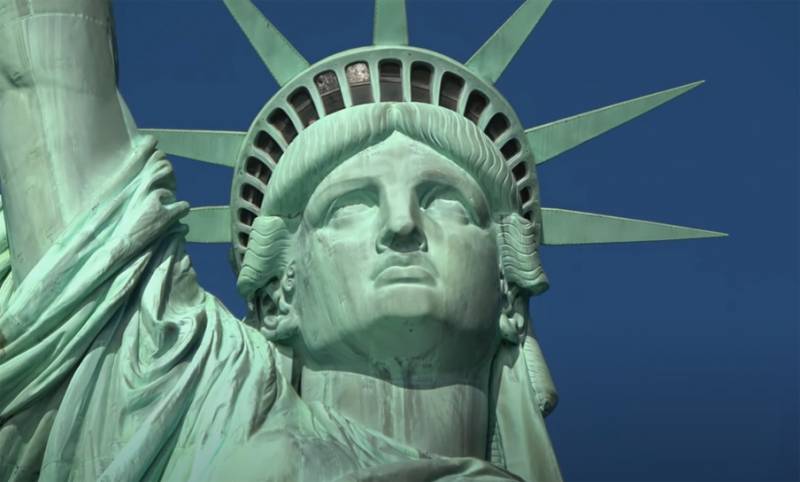 It became known that the French authorities intend to send a gift to the United States. As it turns out, the next Statue of Liberty will be a French gift. Recall that the main Statue of Liberty (its full name sounds like this: "Freedom illuminating the world") 93 m high (up to the top of the torch) is located in New York, southwest of Manhattan Island.

According to the French Ambassador Philippe Etienne, sending the Statue of Liberty to Washington, “France wants to demonstrate close contacts between the two states and the restoration of historical traditions and connections ”.

It is reported that the statue will be delivered to the United States by sea on July 4, the independence day of the United States of America. Moreover, the "new Statue of Liberty" is significantly smaller than the one created by the sculptor Frederic Bartholdi in 1886. The new statue is only about 3 meters high (excluding the pedestal). Initially, it was planned at least 12 m.

The French press writes that in Paris, the idea of ​​donating another Statue of Liberty to the United States with its subsequent installation in Washington appeared back in 2019. However, then a pandemic intervened in the process.

In this regard, it is worth asking the question: will there be more freedom in the USA if another corresponding statue is installed in the country?
Ctrl Enter
Noticed oshЫbku Highlight text and press. Ctrl + Enter
We are
Yuri Drozdov: Russia prepared the role of the sacrificial calfReports from the militia of New Russia for 27-28 September 2014 of the year
Military Reviewin Yandex News
Military Reviewin Google News
63 comments
Ad