"Will become a powerful missile ship": the Commander of the Northern Fleet spoke about the TARKR "Admiral Nakhimov" 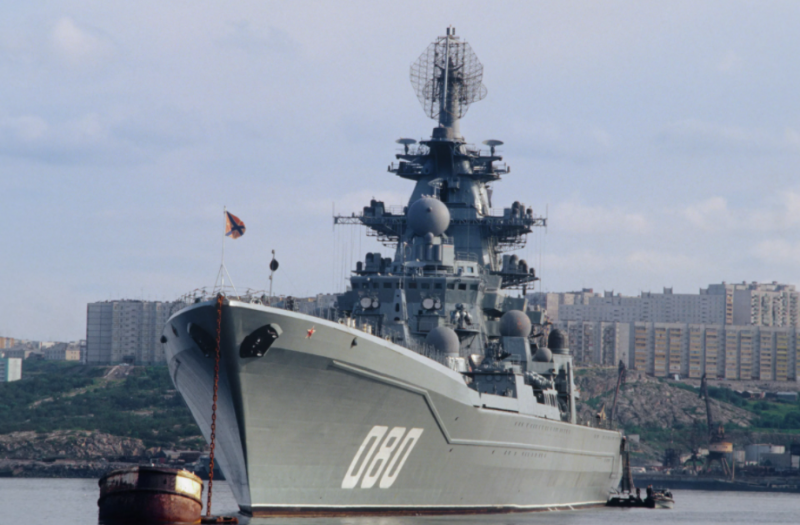 The nuclear-powered missile cruiser "Admiral Nakhimov", which has undergone modernization, will become the most powerful ship with missile weapons, but the emphasis is on Project 22350 frigates. fleet Admiral Alexander Moiseev in an interview with the newspaper "A red star".


According to the Commander of the Northern Fleet, after a major overhaul and modernization of the TARKR "Admiral Nakhimov" will become the most powerful ship armed with modern missiles. According to available data, the cruiser will have 80 UKSK cells, 92 (probably) mines of the S-300FM air defense missile system and 20 533-mm torpedoes or PLUR "Waterfall", i.e. the ammunition load of the TARKR will be 192 cruise and anti-ship missiles, missiles and PLUR.

But in the medium term, the basis of the ships in the far sea zone will be the frigates of Project 22350. The Northern Fleet expects the third ship of this project, Admiral Golovko, to join the fleet.

TARKR "Admiral Nakhimov" has been under repair at Sevmash since 1999, but work on the ship began only in 2013. According to the plans of the military, the cruiser should return to the combat composition of the fleet in late 2022 - early 2023. Immediately after the completion of work on the "Admiral Nakhimov", the flagship of the Northern Fleet, the same type of heavy nuclear cruiser "Peter the Great", will stand up for modernization and overhaul. At least there are already plans to repair the only Orlan in service.
Ctrl Enter
Noticed oshЫbku Highlight text and press. Ctrl + Enter
We are
Terms of acceptance into the fleet of the second serial frigate of project 22350 "Admiral Golovko"New deadlines for launching the frigate of project 22350 Admiral Golovko
Military Reviewin Yandex News
Military Reviewin Google News
28 comments
Information
Dear reader, to leave comments on the publication, you must sign in.