US littoral ships - a shame or not? 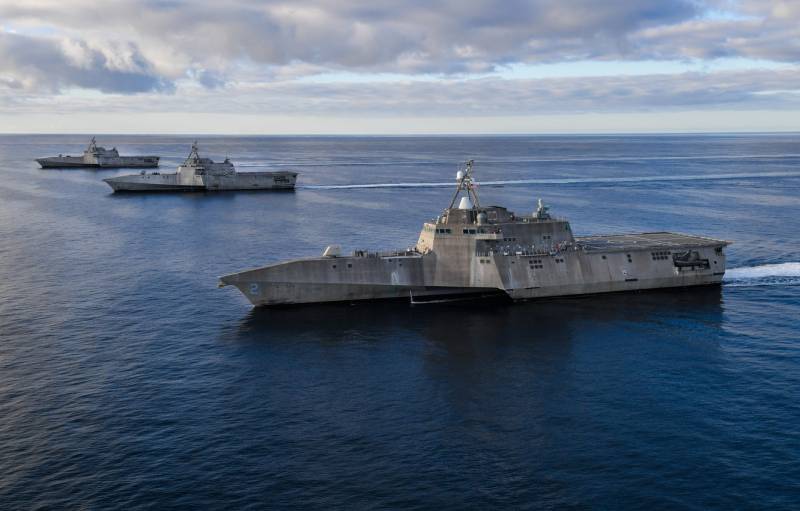 The Americans are beginning to withdraw their coastal zone guard ships into reserve. The so-called littoral ships. This is a completely natural event, because the ships did not work out unambiguously. This is normal practice, it happens.


On the pages of many media outlets, many have spoken out on this topic. Including the authors, whose articles can be seen on the "Military Review". Statements in the spirit of the times:
"... this shameful история is typical of the American naval fleet»
"The story of this project is a story of endless shame."
"The shameful epic with the" littoral warships "will continue, and the shame will not diminish in it" (the author's spelling is preserved) and stuff like that.

In general - "shame on the jungle."

But let's seriously, without shouting, try to think about whether this is good for us, or bad? So to say, to evaluate it in your own way, is it zrada or a change?

So, the first two littoral ships of the US Navy, Freedom and Independence, go into reserve. Some "experts" have already used the word "cut" in their comments, but alas. There is still a long way to go before cutting in accordance with the US system.

There is such a NISMF in the US Navy. This is a division of the US Navy, which deals with the decommissioning and storage of naval vessels pending determination of their future fate.

The options are as follows: a ship decommissioned from the Navy can be placed in reserve. Before that, the hull and equipment of the ship are thoroughly defected and repaired. After the repair, mooring and sea trials must be carried out. Then the ammunition is removed from the ship, drained aviation gasoline and oils, in general, all explosive and perishable materials, except for the main fuel in tanks... Water supplies are also drained. All other equipment and property is stored on the ship. And in this form, the ship stands in a certain place for up to 20 years. 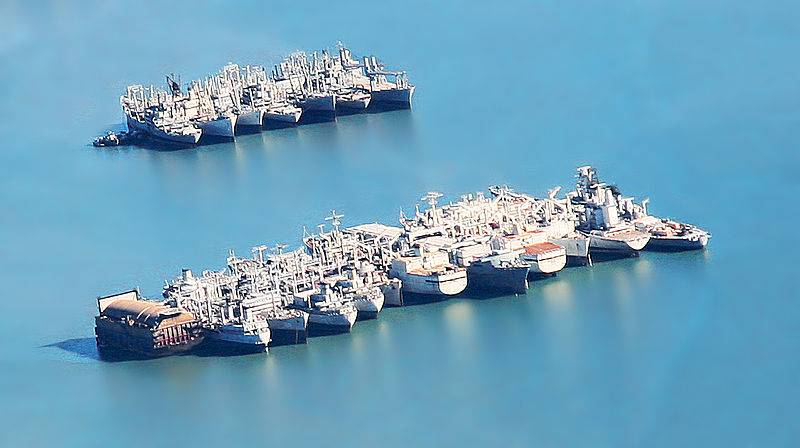 Vessels that entered the reserve fleet have several classes, depending on the priority and the amount of money allocated for maintenance. 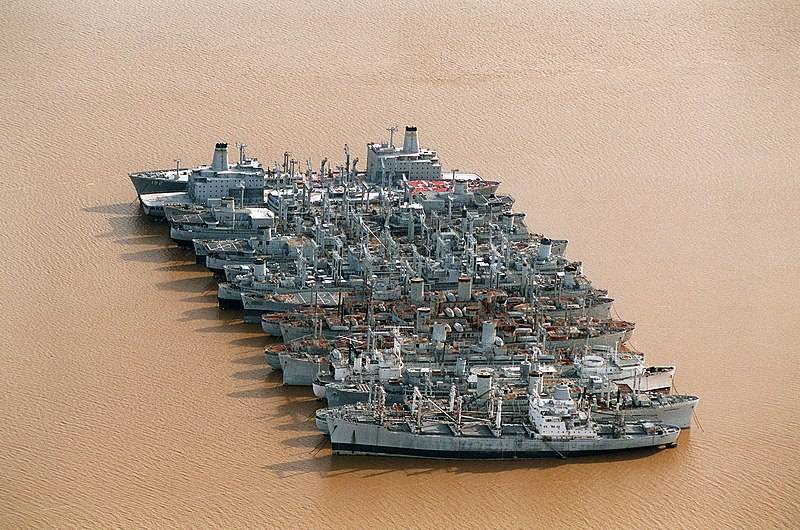 Category "B". Ships in this category are retained for possible future use. That is, they will receive the maximum funding for the service. It is possible to sell ships from this category to everyone.

Category "C". These ships will be serviced “as is”. No upgrades or improvements, just keeping it running to a minimum.

Category "D". These are ships on conservation, in fact, hulls with machines. In fact, they are not serviced, the penultimate threshold before disposal.

Category "X". These are ships excluded from the Register of Naval Vessels awaiting scrapping. Not serviced.

If a ship enters the reserve fleet, this does not mean that it will be cut down and scrapped quickly. No, it may well flounder, although littorals are likely to be sold at the residual price.

Anyway, it's better than being a reef or being cut into metal. 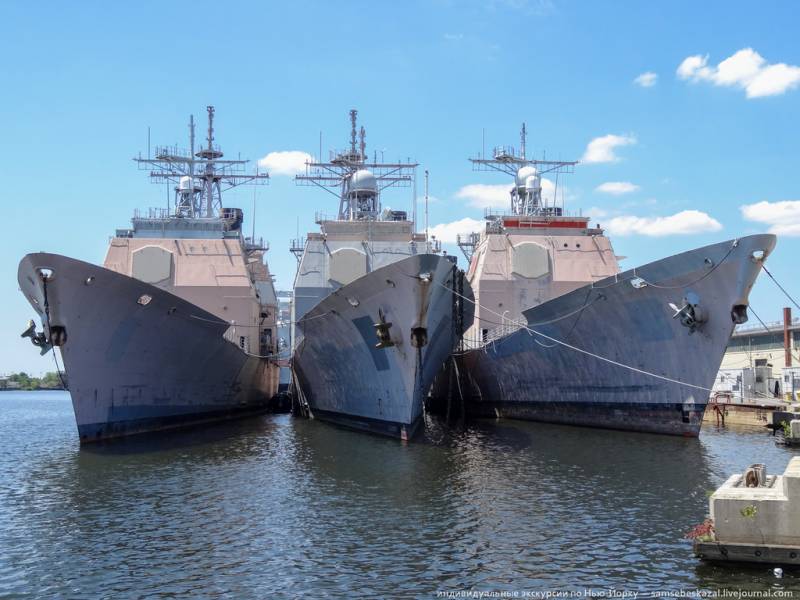 It is not yet known what will be chosen for littorals. But that's not the point. The bottom line is that despite the fact that some experts loudly shouting "shame!" don't understand two things.

The littoral "Freedom" and "Independences" did not come in? Happens. And that's not what happens. You can also recall the project of the submarine "Seawulf". An excellent boat for its time, all three still serve, and serve without problems. Two like ordinary boats, and what "Jimmy Carter" is doing there is very difficult to say.

But the problem is not the driving performance. Not in a bold, innovative project. In cost at that time. Therefore, the series was simply taken and stopped. And the money was spent on the Columbia project, which will soon become part of the American fleet.

Roughly the same thing happened with the Zamvolts. Too high cost on the one hand and too delicate design, especially in terms of electrical engineering. Three ships as a "technology demonstration" and that's it.

And what about the T-14 tank, which is "Armata"? This is also a design platform, which, as it turned out, costs so much that the T-72B3 and T-80BVM turned out to be "no worse" in terms of price / quality ratio. Well, the difficulties with production.

Well, we talked about ships not so long ago. About patrol ships of project 22160. 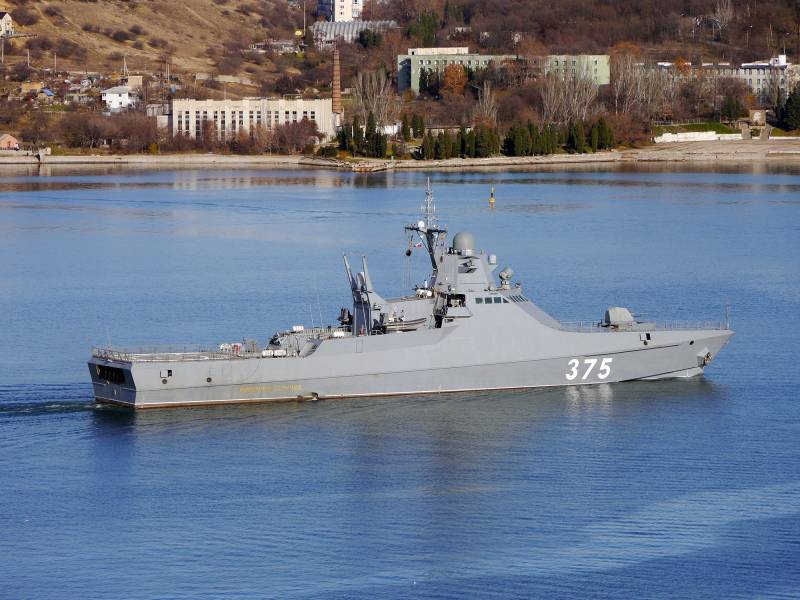 No less incomprehensible ships than the littoral American ones were developed for the Border Guard Service of the FSB of Russia, but the customer refused them. Then, by all available means, the ships were pushed into the fleet. And now there are long thoughts on what to do with them. Because something needs to be done, ships are useless for the fleet.

Install "Calibers"? Have tried it. It is impossible to launch from the stern due to the design features. Move forward - the wheelhouse is too close, it must be completely rearranged. Install air defense so that the ship would begin to represent at least some kind of combat value - there is not enough power onboard radar for the normal operation of the "Calm".

A series of ships was built. A shame? Well, sort of like yes. Only here, according to some authors, the Americans SHAME, but we have so ... a shame. The budget is 10 times less.

But the fact is that we also know how to build completely useless ships. And then you don't know what to do with them.

I personally would be very interested in how the same Alexander Timokhin would write about the misunderstanding of project 22160. And in what phrases. And how many times would the word "shame" be heard in his material.

And now the most important thing.

Shame or not shame - the main "value" of littorals is that they exist. And they can be taken into reserve and sold or disassembled. It is not so important already what will become of them next. They have already done their job, that is, they have shown that a capricious water cannon with no less capricious turbines is not the best constructive solution. 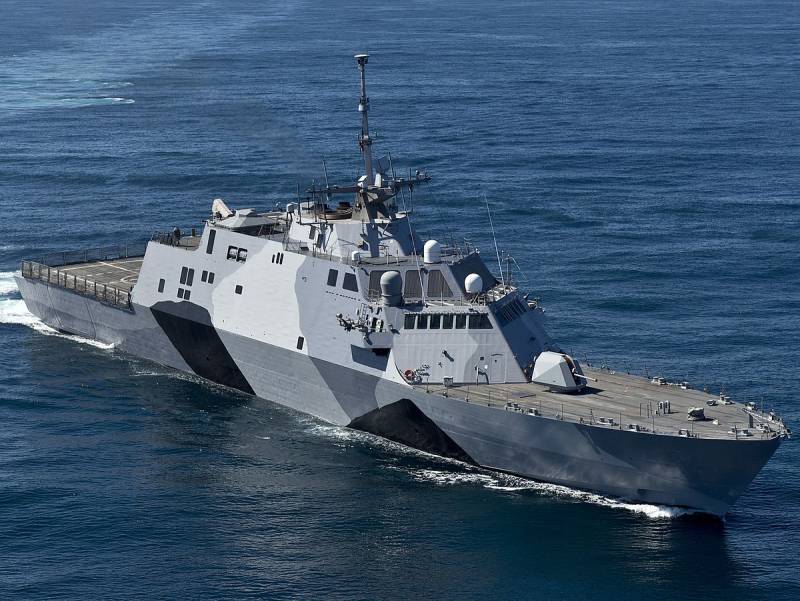 Yes, the speed of the ships is excellent. If everything works as it should, and this was just the problem. Interchangeable container weapons are also not a good idea, as practice has shown. It is not so easy to pin the containers with a crane and connect everything with cables. Re-equipment and test / debugging of systems could take up to a month, so now we are not talking about any efficiency.

The Americans themselves were convinced of this, and they taught us. Well, the whole world is now aware that modularity is a useful thing very conditionally.

But littorals have already been built. The budget money has been spent. Everyone got money: design bureaus, component manufacturers, from metal to missiles, and shipbuilders, everyone.

Is this a tragedy? Not. Considering the size of the American fleet and the fact that these littorals, shallow water protection ships, are not really in great demand - they can be written off immediately after launching and testing.

The same is with our ships of project 22160. Immediately to scrap as unnecessary.

This is easier than puzzling afterwards, figuring out how to puzzle these ships in such a way that they can handle it.

But the entire military-industrial complex is based on this.

Indeed, it is so. Let's throw out all the crazy thoughts about the conversion, and that the tank factory will survive on the packaging and metal-cutting tools produced for the civilian. A tank factory will only feel good when it produces tanks.

In shipbuilding, everything is exactly the same. And in rocketry.

Recently we discussed the issue with the new Kedr ICBM. We really need it, given that the Sarmat has not yet been brought to its senses? No, not at all necessary. But the Institute of Heat Engineering really needs it, because if the Institute does not develop rockets, it will die.

Military institutions and design bureaus must constantly invent and design something. Design and build in models. Move to mass production and profit from it.

And factories must build this technique.

Well, nothing else will work out. Look into the civil sector. Previously, cars easily passed a million on one engine, but now? And so in everything, phones, vacuum cleaners, mixers and coffee makers. The only exception, perhaps, is the Kalashnikov assault rifle. The rest, the faster it breaks, the better. Because this is a job for millions of people around the world.

So everything is quite natural here. The military-industrial complex of each country must constantly master the amounts, otherwise it will simply stand up and go bankrupt. And people working at defense enterprises will simply be left without a livelihood. An outflow of personnel and other realities of today's Russian day will begin.

In the United States, they understand this and do not want such an alignment.

Therefore, the "Sivulfs" will serve until the "demobilization" and will be disposed of. And instead of them they will build "Columbia" or something else, no matter the name, the principle is important.

Therefore, the F-22 Raptors also somehow crawl to land and will be replaced by the F-35 or F-44. It doesn't matter either.

Therefore, the Freedom, Independence and Zamwolts will leave for the harbors of the US Reserve Fleet and instead will begin to build Arleigh Burkes, Constellations, and whatever else will be invented.

We can talk about the quality of projects and cost, but there is no doubt that they will be built.

And what's so shameful about that? Is it a shame to disable a failed technique? But then, quite recently, Defense Minister Shoigu spoke about a dozen types of weapons that were removed as a result of their use in Syria - is this also a shame?

Or is it a shame when there are no modern ships, no money to build them, no engines? And when do you have to arrange a "Trishkin Kaftan" with Soviet-built ships, patching and re-hauling ships aged 30+?

The most unpleasant thing is that the United States will definitely build something to replace the unsuccessful littorals, nuclear submarines, and destroyers. They have everything for this: factories, shipyards, personnel and, most importantly, money. How much more successful it will be - time will tell. But the fact that the US military-industrial complex enterprises will be provided with orders is a fact.

And what's so shameful?

But the fact that Russia today is not able to build a ship with a displacement of more than 20 thousand tons and provide diesel engines for large ships under construction is not very happy. And while "nothing is visible in the waves", only projectors in the range, as they say.

So I would not be so touchingly and abundantly happy that the Americans are withdrawing the failed ships from the fleet. Instead, they will immediately begin to build new ones. Enterprises will be provided with jobs, designers, engineers, workers - everyone will be happy. Well, the military too. Fortunately, the USA has everything for this.

And the shouts of "Shame on the jungle" in the Russian press will obviously not be enough for the situation to develop in our favor. For, as you know, a caravan of the American fleet will go regardless of what they say around.