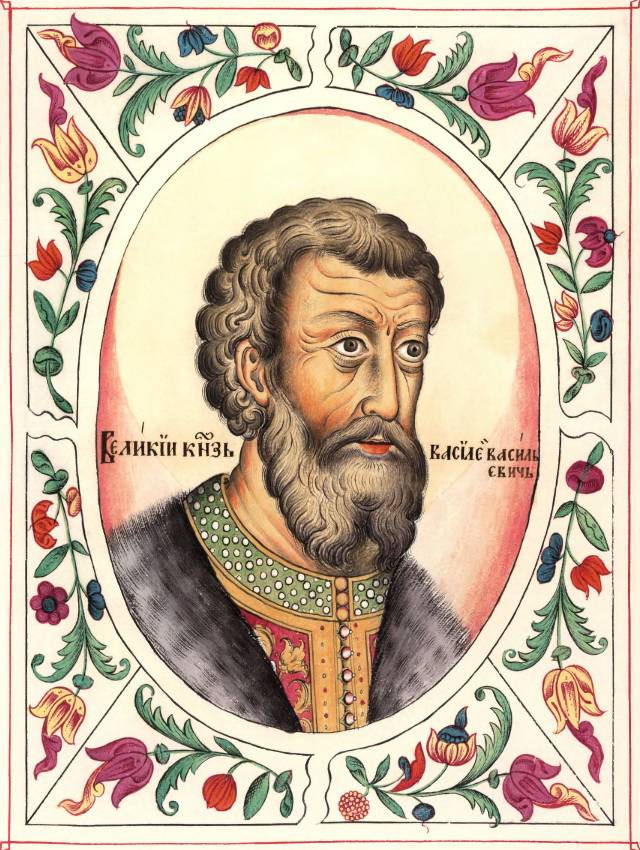 Which of the Moscow Rurikovichs will a casual passer-by remember?


Like Dmitry Donskoy and Ivan the Terrible. Perhaps also Ivan Kalita. If you're lucky - Ivan the Third Great. And that's all.

And meanwhile история the rise of Moscow and the descendants of Alexander Nevsky ruling there is rich and interesting. And her struggle with Tver and Lithuania, and relations with the Horde, on which we were in vassal dependence. There were many, and yet the decisive step from the appanage principality to the center was no longer Vladimir, but Muscovite Rus, made by a man who was forced to do so by life and circumstances. And the happiness of Moscow that he was both smart and decisive, having managed to withstand, and carry out serious reforms in the conditions of a feudal war, and leave the foundation of the future empire to his son, his great-grandson will take the title of tsar.

How did it begin

And it all began with the marriage of the son of Dmitry Donskoy, Vasily I and Sophia Vitovtovna, daughter of Vitovt Gedeminovich, Grand Duke of Lithuania. The marriage was primarily political, Moscow and Lithuania fought for primacy in Russia. And the outcome of the struggle between Orthodox and Russian Lithuania and Orthodox and Russian Moscow was not obvious. Be that as it may, this marriage brought peace and a son - Basil, the same one who was born in 1415 and survived the only one of the four.

In Russia then the system of inheritance was not settled, and the ladder law was firmly in memory, when power was received not by the eldest son, but by the eldest in the family, plus there was a will of Dmitry Donskoy, in which, in the event of the death of Vasily I, power passed to Yuri, his younger brother.

Although the first five years everything was quiet, the father of our hero, knowing the history of the Rurikovichs, indicated in his will that he was transferring his son under the patronage of his grandfather, Vitovt, which, of course, turned Moscow into a vassal of Lithuania, but saved the life of the family. But Vitovt died in 1430, and an appeal to the Horde, which often acted as an arbiter in such disputes, did not give anything, the Tatars gave a label to the reign of Vasily. The war between uncle and nephew became inevitable and inevitable. On the side of Yuri Zvenigorodsky there was experience, the glory of the commander and intelligence, on the side of Vasily - the devotion of Muscovites, who understood that the city had risen thanks to its princes, and would collapse down if an outsider came.

Three times Vasily was kicked out of Moscow - two times his uncle did it, the third time his son, cousin Dmitry Shemyak. Once again Vasily was defeated by the Tatars, even Kolomna became the residence of Vasily, where most of the Muscovites moved. And all three times relatives came to Moscow, but could not subdue it. To assess the relationship between the descendants of Dmitry Donskoy - Vasily II ordered to gouge one eye out of his cousin, also Vasily, in 1434, and in 1446 his cousins ​​blinded Vasily himself after a parody of the trial:

“Why do you love Tatars and give them Russian cities to feed them? Why do you shower the unbelievers with Christian silver and gold? Why do you exhaust the people with taxes? Why did you blind our brother, Vasily the Kosoy? "
After which he received the nickname Dark. Most of his long reign, 37 years old, is civil strife and war. At the same time, constantly fighting and trying to hold on to something much more than the throne - the unity of the just incipient Muscovite Russia, he changed the state itself, adjusting it to new realities and turning, albeit a strong, but one of the appanage principalities into a state capable of uniting all Russian lands ... Even in defeats, Vasily found benefit: having lost to the Tatars, he gave them Gorodets Meshchersky to feed them, and the Moscow princes did not have a more faithful ally than the Kasimov Tatars, and against the Horde and against any other enemy. 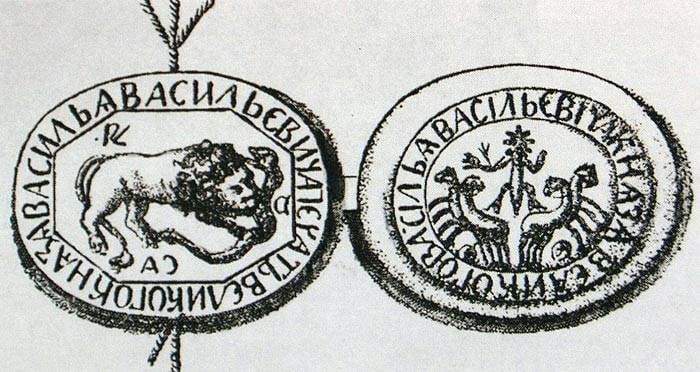 Having an extremely weakened state by turmoil and strife, he made a profitable peace with Lithuania and Poland. In 1456 Novgorod, which was leaning towards Lithuania, recognized its dependence on Moscow. It also happened with the Horde, since 1449 Moscow did not pay tribute to the khans, and repelled the raids of the Tatars. The very fact that during this period Muscovite Rus not only withstood, but also strengthened is worthy of surprise, but the fact that in the process of strife the destinies (in fact, the foundation of strife) were eliminated and the prince's autocracy was strengthened is undoubted proof of his political talents.

The problem of the church was also solved: using the Florentine union, Vasily the Dark eliminated the metropolitan - the protege of Constantinople and appointed his own. This was the first step towards the inclusion of Orthodoxy in the state mechanism as one of its effective instruments, and the Moscow princes as the only defenders of Orthodoxy.

Vasily was also involved in the army, his voivode Fyodor Basenok divided the sovereign's courtyard into a palace, which took over the functions of economic and administrative central government and expansion of territories.

Vasily also took care of the descendants. The last ten years of his life, his son Ivan is a co-ruler, there is no doubt that it will not be in the old days, not even put forward, the new order of succession to the throne, which does not produce feudal strife, is being introduced into life. The son, Ivan the Great Vasilievich, will consolidate this order.

Summing up the results - Vasily the Dark stopped strife, destroyed the inheritance, strengthened the church, making it part of the state apparatus, rebuilt the state machine itself and consolidated a new order of succession. In addition, he achieved tremendous success in foreign policy and laid the foundation for the rise of Moscow under Ivan the Great.

Why was it forgotten?

Well, firstly, with the light hand of Kostomarov, who made the Grand Duke a weak-willed puppet:

Using his eyesight, Vasily was the most insignificant sovereign, but since he lost his eyes, all the rest of his reign is distinguished by firmness, intelligence and decisiveness. It is obvious that the name of the blind prince was ruled by smart and active people. Such were the boyars: the princes Patrikeevs, Ryapolovskys, Koshkins, Pleshcheevs, Morozovs, glorious governors: Striga-Obolensky and Theodore Basenok, but most of all Metropolitan Jonah.
Secondly, the era of feudal wars does not paint anyone. And the squabble of the descendants of Alexander Nevsky is not something that they would forget, they just tried not to stick out, as well as the fact that Vasily Temny was a vassal of Lithuania for five years.

Well, Ivan Vasilyevich, who built the building on a ready-made foundation, and received all the glory for this.

There are more than enough reasons to remember the brilliant son and mention in a couple of lines in the textbook an equally brilliant father.

And Vasily the Dark died stupidly - he fell ill with tuberculosis and as a treatment he was prescribed the burning of tinder on his body, gangrene developed from burns ... But he left, I think, calmly - his son was left with a strong state, a strong army and bureaucratic apparatus, the support of the church, and most importantly - lack of rivals from relatives.

It remained to reunite everything lost over the centuries after the Mongol invasion and turn the state into an empire.